As a mum I sometimes feel like I have way too many responsibilities for way too many mundane things and general horrible jobs. There’s everything to do with the kids, of course, which is a 24/7 operation of feeding, organising and tidying up. On top of that, my main areas of responsibility are hoovering, recycling and washing. And I have been known to complain about them. Quite a lot.

Yes, I moan a lot. But cut me some slack, I’ve been a parent for nearly 13 years and it’s relentless. My kids are at an age now where they should be able to flatten a cereal box when they’ve finished it and remove tissues from their pockets before they put their trousers in the wash. If everyone did these things, my life would be a lot easier and I would be a lot less grumpy and everyone would be a lot happier. Why can’t they see this?

Anyway, these moans don’t just relate to the kids. I have a long-held belief that my husband doesn’t realise either how infuriating these jobs are, and if he had to do them he would find a way to make life easier for himself. But as he doesn’t, I’m left to soldier on and moan.

However, when we moved house, in a bid to make my life a tiny bit easier, he was kind enough to put the recycling boxes in the garage rather than outside. The garage is accessed by an internal door! Win! It also contains a car, several unpacked boxes, several pieces of furniture we will never use, a number of bikes and scooters and my best friend Henry hoover. People get stuff out, then put them ‘away’ as close to the door as possible to avoid over-exerting themselves until it gets to the point where it is almost impossible to get in and out of the garage. But nobody cares because nobody else puts the recycling in there or gets the hoover out.

But my husband has been gradually plugging away at the house, the garden and the garage. He spent hours in the garage the other day and he totally reorganised it. Now there is a lovely clear path to the recycling boxes and hoover, with no bikes or scooters to trip over on the way. There is room to swing a cat and there is most definitely room to recycle the milk bottles, cereal boxes and baked bean tins. He has also cleared an old paint rack and put some shoes on it that we don’t use often, but still need.

And, best of all, there is a CARPET. Yes, a carpet in the garage. It was excess carpet that was lying on the spare room floor because we didn’t know whether to keep it or take it to the tip. And if we kept it, where were we going to keep it? The garage floor is, of course, cold and a bit mucky. I always have a dilemma over shoes/ socks/ slippers/ bare feet when I go in there. If I go in wearing my slippers, will I bring muck back into the house?

But putting the spare carpet down was the perfect solution. I don’t have to worry about cold and dirty feet, and we’ve cleared a space in the spare room.

Organising the garage really was the best idea ever. Maybe my husband does take my moans on board after all. Sometimes. 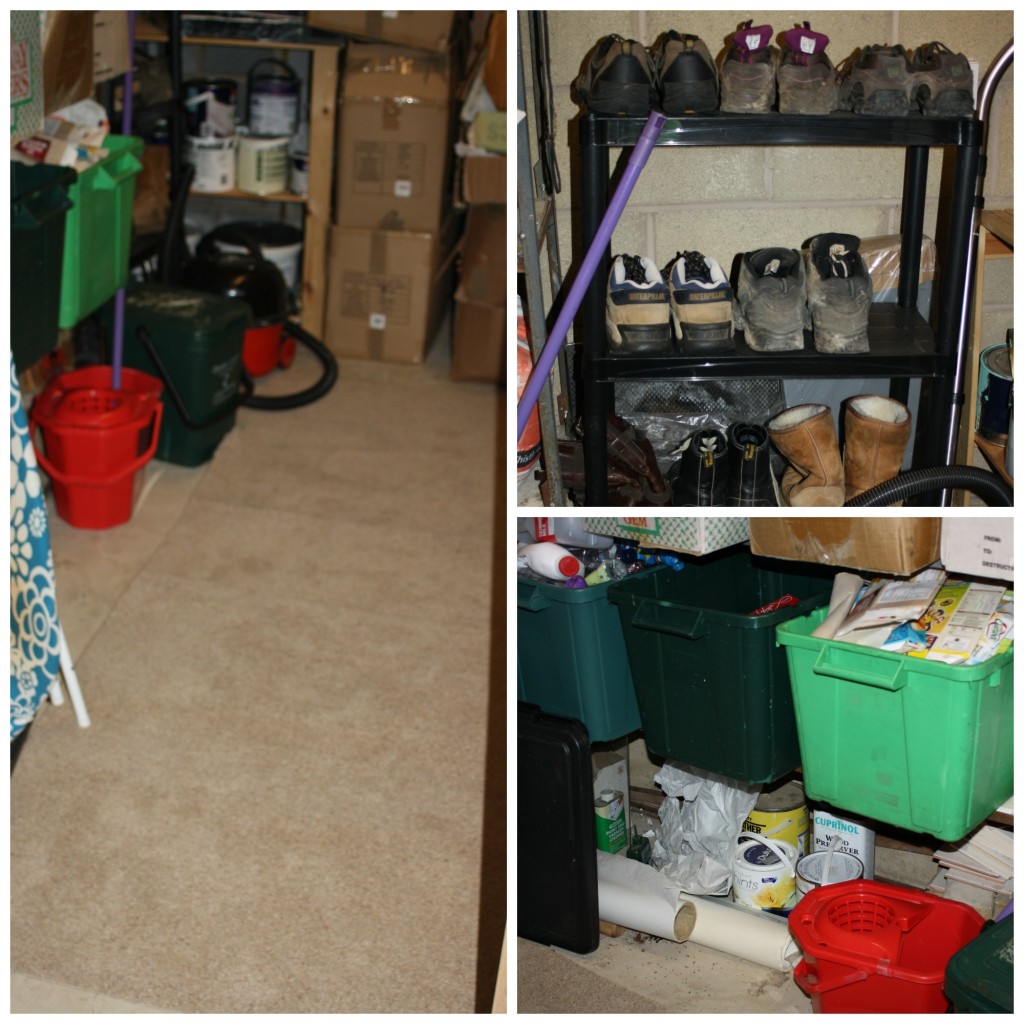