My three favourite faces are so similar. And so beautiful they break my heart. Put them in a crowd and you would pick them out – know they fitted together. The delicate features, the blue eyes, the light brown hair… They belong together and I love them all so much.

My eldest, the most like me.  Such a beautiful boy. His face will be breaking girls’ (and probably some boys’ too) hearts before we know it. The high cheekbones, the pink cheeks, the slight build, the smattering of freckles. It is a face which really is too beautiful for a boy.

My younger son, the spitting image of his Daddy as a child. Pale as porcelain, so white he almost glows. The cheeky grin, the long eyelashes.

My daughter, a perfect mix of the two of them. With a face like her middle brother’s, but made more girly, and the colouring of her biggest brother. A delicate little face which lights up a room.

They are the most beautiful faces in the world. 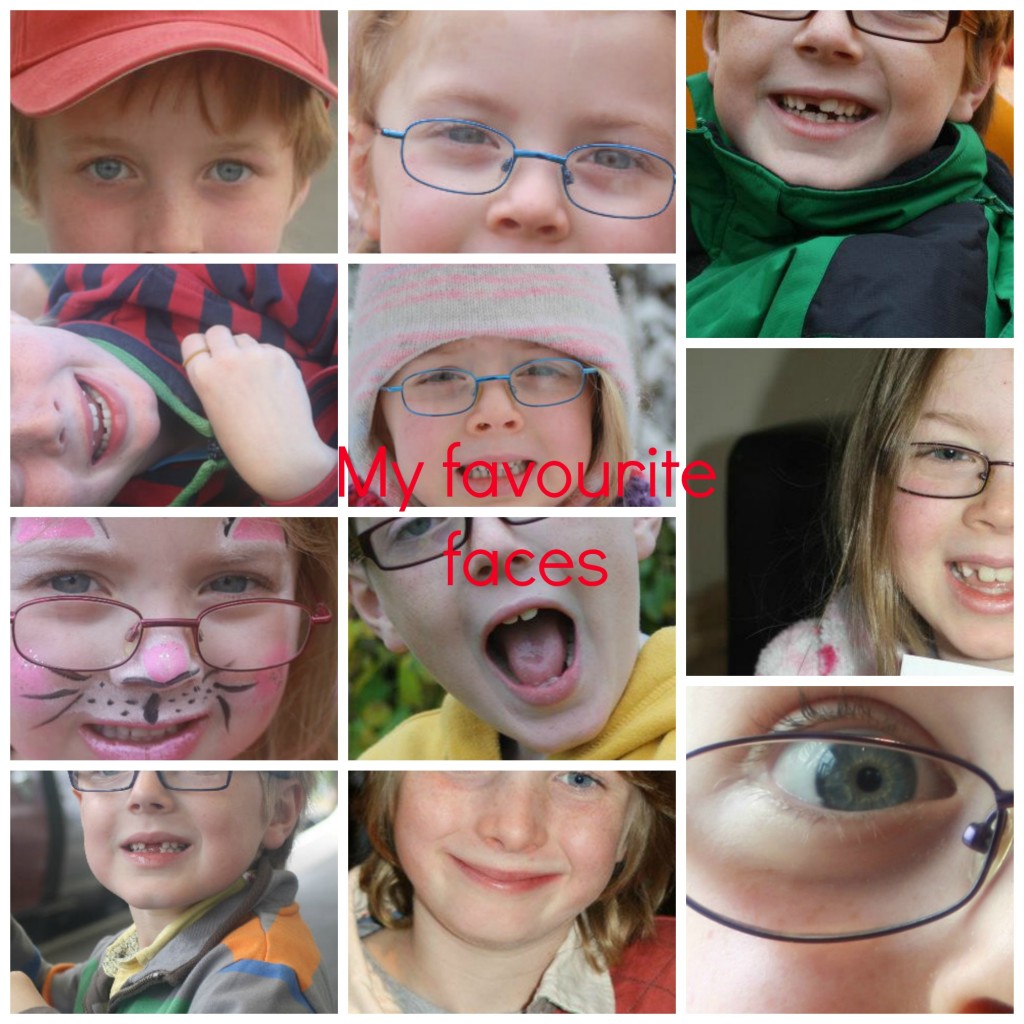 Linking up the The Gallery with Sticky Fingers. Pop over to see how others have interpreted the theme ‘faces’.