Olympic football – as good as the real thing?!

Home » Family » Olympic football – as good as the real thing?!

Way back when Olympic tickets were first available, we applied for a number of events and got… nothing. Second time round we got football. Two games. One in Manchester and one in Cardiff. Neither of which is exactly local. No idea who was playing. But they were OLYMPIC tickets, this was once in a lifetime and, for our kids, Olympic football is still the Olympics. Even if we’re rather a long way from London.

People looked down their noses at our football tickets. It’s not the 100m final, it’s FOOTBALL for goodness’ sake. And it’s not even in London.

I’ve been excited about the Olymoics for a long time. I even took my family on a trip to London at Easter specifically to see the Olymic stadium read about it here, but we didn’t get any nearer than the shopping centre.

Here’s some of our photos from that visit. 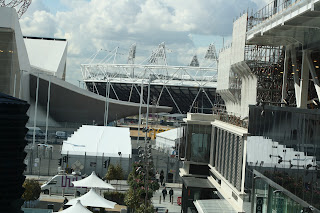 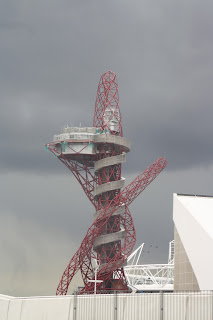 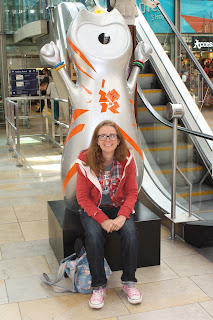 And then the Olympics started. The stadium! The velodrome! The aquatic centre! I would have given my right arm just to be wandering around the Olympic park, let alone inside watching Team GB bring home a gold medal.

We started trawling the internet in desperation for tickets. To anything. In London. For all five of us. Maybe just for the grown ups. Rational cost considerations were going out of the window, along with ‘minor’ considerations like whether I could get the day off work. What about Paralympics?! Sometimes it looked like we would get something, but it never came good. I was never going to get to the Olympic park.

But I was going to Old Trafford.

So was it as good? In a word, no. Not as good as I’ve seen on telly, not as good as the hallowed turf (or water or Pringle-shaped scary cycle track) of the Olympic park of my imagination.

The branding was alll there and all recognisable, the atmosphere was good and the attendance was 70,000! Not bad for Egypt v Japan in the quarter finals. But Wenlock and Mandeville (I still never really remember which is which – they’re like Ant and Dec) weren’t there and it just wasn’t shiny and new. It wasn’t in London. 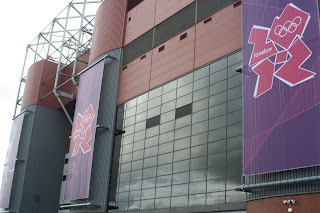 I got behind the game and I quite enjoyed it. I think the kids did too. They’d decided for no apparent reason to support Egypt. But I had decided I like Japan. You see a lot of Japanese tourists round our way and they always seem very nice. And they look cool. And their goalie was dressed in head to toe pink. What’s not to love?!

Japan were one up pretty quickly, Egypt didn’t get a look-in for about 25 minutes. Egypt had a man sent off and Japan were by far the superior team throughout the game, but it wasn’t until about 75 minutes that they scored again. And again five minutes later.

So we’ve been to the Olympics. We’ve seen Japan thrash Egypt 3-0 in the mens’ football. The kids can tell their grandchildren they remember London 2012, they were there (sort of). And on Friday we’re doing it all again for the bronze medal match.

We don’t know who will be playing, but sadly it most definitely won’t be Team GB.