The Essex Serpent by Sarah Perry

The Essex Serpent by Sarah Perry was published in 2016. I remember there was a big buzz around it, but I didn’t want to read it. I didn’t like the cover. I knew it wasn’t ‘my’ sort of book.

But over the last couple of years, I’ve developed a love of historical fiction. The Essex Serpent has enjoyed a comeback this year, as a TV series on Apple TV+. Needless to say, I don’t have Apple TV+. I don’t even have Netflix. But when I saw the book in Sainsbury’s, I knew I was now ready to read it.

The Essex Serpent is set in 1893. It is the story of newly widowed, Cora Seaborne, free from an abusive marriage. She wants to leave behind her London life and everything which controlled her, so moves to sleepy Essex with her son, Francis, and companion Martha. There she is introduced by a mutual friend to the local minister, William Ransome. Neither wants to meet the other. They both have preconceived ideas of a rich London widow and a village minister.

But as soon as they meet, they fall into a strange kind of love, despite their differing views.

The village of Aldwinter is obsessed with ‘the Essex serpent’. Nobody has seen this fearsome beast, but they all believe they have seen the damage it causes. Everything which goes wrong in the village is blamed on the mythical serpent.

The Essex Serpent is a slow burner of a novel. It is a while before the reader meets Will and even longer before Cora and Will meet each other. It’s not just the story of Cora and Will, it is the story of Martha, Cora’s friend Dr Luke Garrett, Will’s wife Stella and the two contrasting communities of an Essex village and wealthy London.

I was probably halfway through before I understood what all the hype from 2016 was about. But I came to love The Essex Serpent. Whether you have or haven’t watched it on TV, if you love historical fiction, I would definitely recommend it. 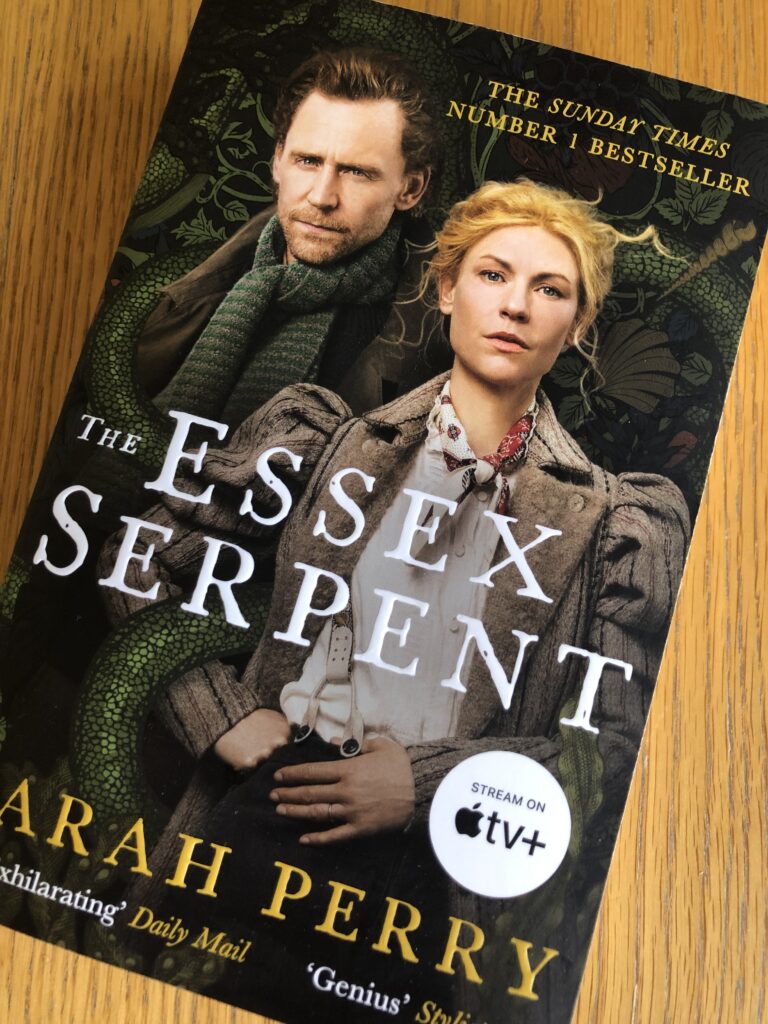