Tall Bones is the recently published debut novel by Anna Bailey. I picked it up in Sainsbury’s just before Waterstones reopened, because I was running out of books. Like myself, Anna Bailey grew up in Gloucestershire, but you would never guess it from Tall Bones. The book is inspired by her experiences of living in small-town America as a young adult.

Best friends Abi and Emma only have each other. They feel like outsiders in the small town of Whistling Ridge. When Emma leaves Abi behind at a party, she doesn’t know it will be the last time she ever sees her. Abi’s disappearance brings the tensions of Whistling Ridge to the surface, as its inhabitants struggle to keep their own secrets buried.

While the local police make a half-hearted attempt to find out what happened to Abi, Emma decides to investigate for herself. But it isn’t easy in a town where nobody likes you and nobody tells the truth.

Abi’s two brothers don’t know what to think about her disappearance. They are both jealous of Abi and have enough problems of their own. Maybe her disappearance will make life easier for them? Their father prides himself on his dedication to God and wants the whole family to do the same, but he has a funny way of showing it. Like much of the town, he is in awe of the local preacher, who has some very strong and dated views which he shares with his congregation.

Then there is Hunter Maddox, the businessman’s son, and his father. Do they know more than they are letting on? Should Emma trust Hunter? Should she trust anyone?

Finally, there is Rat, the mysterious foreigner who recently moved to town. To the young people of Whistling Ridge, Rat represents excitement, but to the older population he is dangerous and a threat to their way of life. He also makes a handy scapegoat, if one is needed.

Tall Bones is a dark and atmospheric read about some pretty horrible people in a pretty horrible place. The small-town atmosphere reminds me of both Jane Harper’s novels and Fredrik Backman’s Beartown. Moving between the past and the present, it is a really good read which lies somewhere on the border of thriller and literary novel.  If you enjoy a mystery, I’m sure you will enjoy Tall Bones. 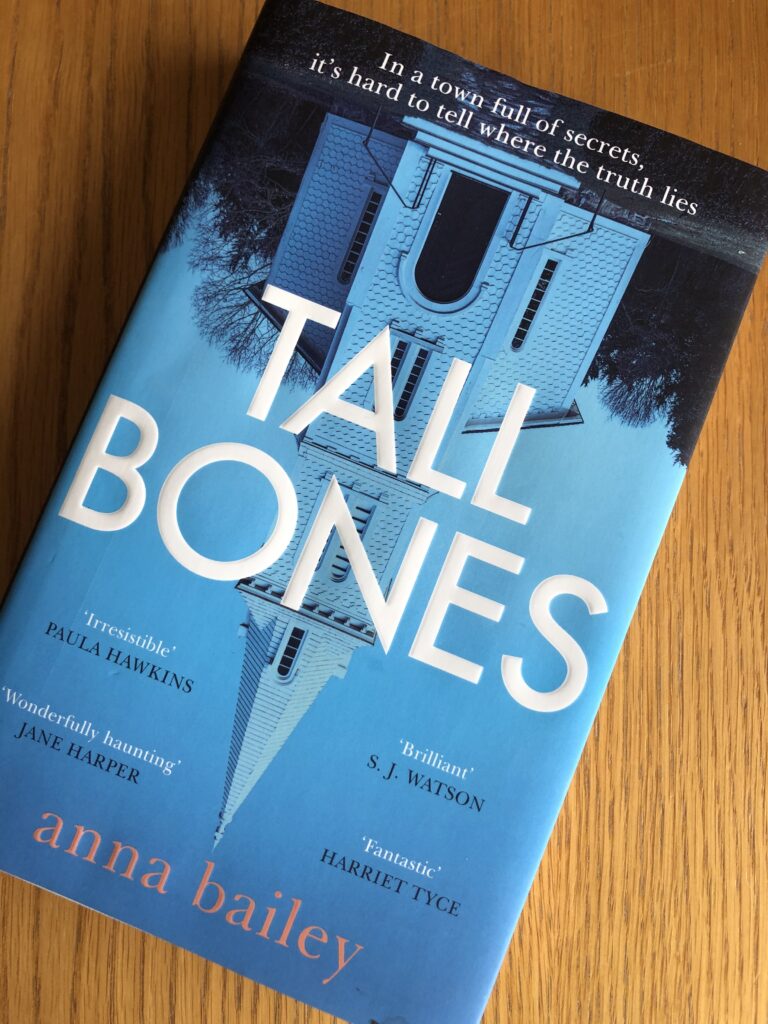