Nine Elms is the first in a new detective series by Robert Bryndza and introduces us to a new lead character, Kate Marshall. Robert Bryndza wrote one of my favourite series of recent years – the Detective Erika Foster series – so I was intrigued to read his latest novel. The story is very similar to an Erika Foster novel and I did find myself wondering why he had felt the need to create a new character to tell such a similar story. But Kate’s backstory is a really key part of Nine Elms.

It is 15 years since Kate was a promising young detective. She solved the case of the Nine Elms serial killer, but at great personal and professional cost. Having struggled to rebuild her life and career, Kate is now working as a university lecturer.

She is contacted by an elderly couple, still looking to solve the mystery of their missing daughter, and convinced that she was an early victim of the Nine Elms killer. Meanwhile, a new series of murders begins – and they are very similar to those of the Nine Elms murderer.

Drawing on her neglected skills as a detective, and using her knowledge of the original case, Kate and her research assistant, Tristan, set out to track down the copycat killer. But the new serial killer intends to go one step further than his idol. Kate was the original murderer’s intended fifth victim and the copycat intends to finish the job in style.

This is a real page turner – a proper detective story, which focuses not just on Kate, but on the original and copycat killers, and also the original murderer’s mother. I found myself really involved in the story and the characters and desperate to see how it would all end.

If you enjoy a thriller, I would definitely recommend Nine Elms and I’m looking forward to reading the second book in the series – Shadow Sands – when it is published later this year.

A word of warning – the murders really are very gory, so this isn’t one for people who don’t like reading about such things! 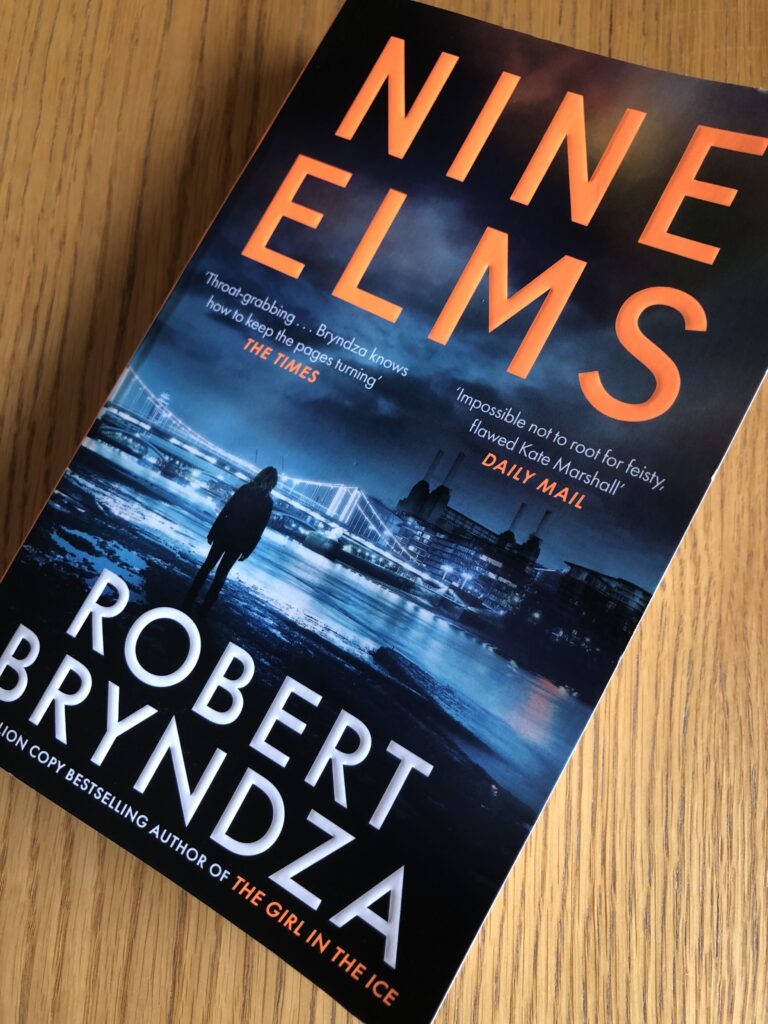