My acne has been going downhill since around the time lockdown started. It may have even been just before.

To cut a really long story short, I’ve had moderate to severe acne since I was 12 and I’m 46 now. I’d used various treatments on prescription over the years, but I never had clear skin. When I was 40, I finally took the plunge and went on Roaccutane, the strongest acne drug there is. I had a really terrible flare-up a few months later, which I took months and months to recover from. Eventually though, I ended up with clear skin, which I’ve had for a few years.

Probably because of my age and the length of time I’ve suffered with acne, I’ve never been able to come off Roaccutane completely, while most people (my own sons included) are usually on for a few months. But I have been on a 5mg dose for a few years, having started out on a 20mg dose. On the rare occasions when I have a small flare-up, I know to increase my dose briefly and it clears it up.

But this time it didn’t work.

The dermatologist prescribed me 20mg initially for a month and then for another three months. It looked like it was easing a bit, but then it got a bit worse. It was still far from clear by the time my 20mg doses ran out and I moved on to 10mg. I took 10mg for a week before realising it was getting worse.

My forehead looked worryingly like it had looked five years ago when my acne started to spiral out of control. So I just doubled my dose and emailed a photo to the dermatologist. 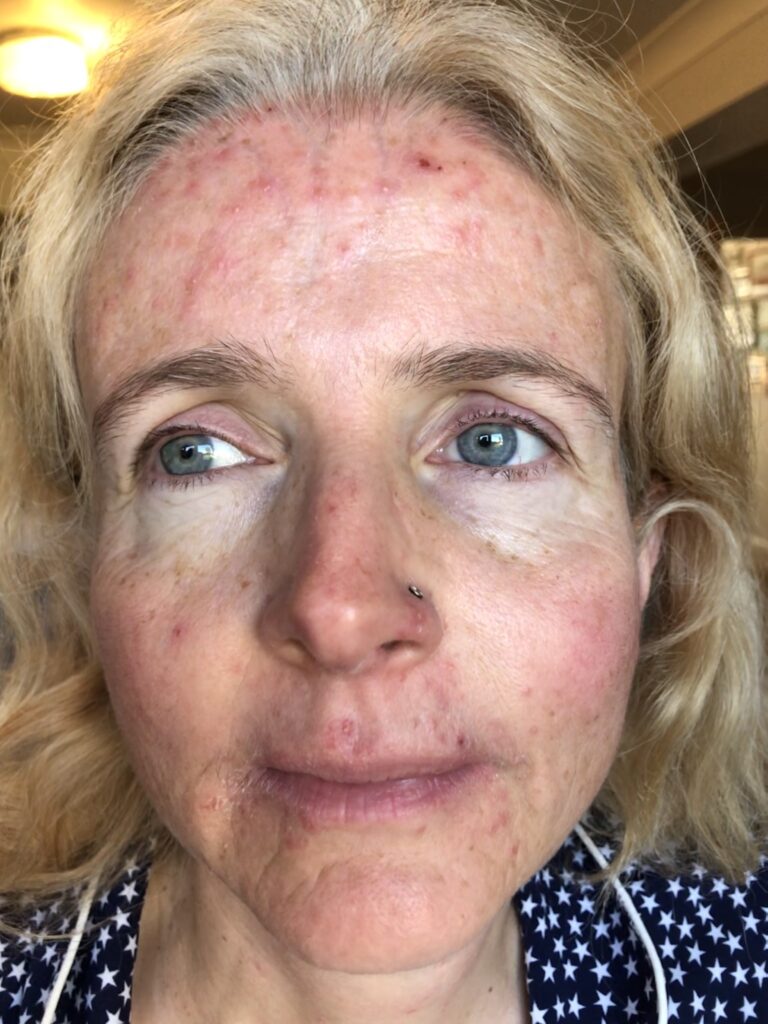 My NHS dermatologist is fantastic for prescribing and giving advice on the basis of a photo. I have an appointment with him once a year, although this year’s appointment was in lockdown, so it was just over the phone and he didn’t actually see my skin.

His conclusion this time was to stick with the 20mg Roaccutane for the foreseeable future and go back to washing with Dermol. Dermol is a moisturiser and soap substitute which I had on prescription for years, not only for my acne, but also for the eczema on may hands. About a year ago, it stopped being available on prescription and pharmacists also advised against long-term use, so I had to switch to a similar soap substitute.

After only a week back on 20mg, I could see my skin improving. Hopefully the Dermol will help to speed up my recovery. Because if it doesn’t, I have to go go on antibiotics, and I really want to avoid that.

I would like my clear skin back more than anything. It isn’t as bad as it was a few years ago, but I’m afraid of it getting like that again. If I’m honest, I’m almost as afraid of the horrendous antibiotics (metronidazole) I may have to take to turn it around if it gets any worse. They make me feel really awful and it’s very difficult to function on them. But they’re very good at making skin better! 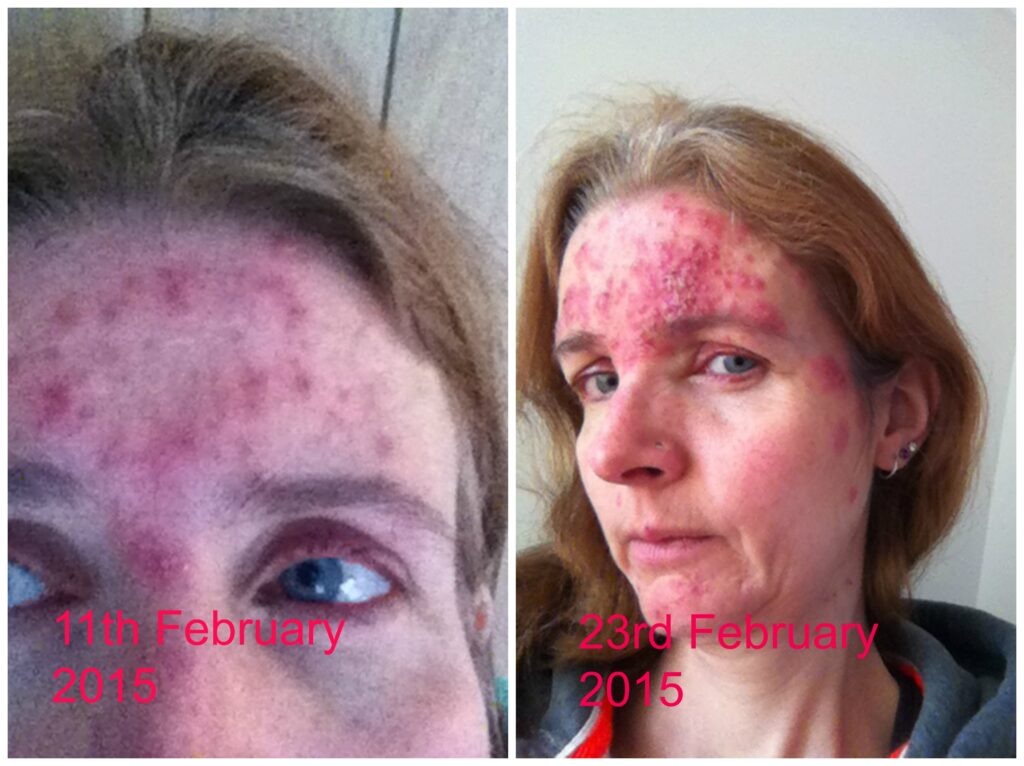 When you see how quickly my skin can go downhill, you can see why I worry

So now it’s just a waiting game to see if being back on 20mg of Roaccutane can improve things, or if my skin will get worse again.

I know it’s ‘only’ skin, but it’s not a nice feeling, either mentally or physically, to know that you don’t look ‘normal’. Hopefully in a couple of months I will be looking and feeling more like myself again.

In case you’re wondering, natural remedies, a ‘healthy’ diet and drinking lots of water don’t touch it. My skin problems are so severe that only hardcore medication will work.