Everything I Never Told You by Celeste Ng

Home » Book Reviews » Everything I Never Told You by Celeste Ng

Set in the 1970s, and flashing back to the 1950s, it tells the story of the Lees – a Chinese-American family. It starts with the chilling words: Lydia is dead. But they don’t know this yet.

Lydia is 16 and the favourite child of her Chinese father, James, and American mother, Marilyn, who both want nothing but the best for her. The achievements of her 18 year old brother, Nath, go largely unnoticed by their parents. And they hardly even remember that Hannah, their youngest child, exists.

The Lee family faces prejudice every day. Nath and Lydia are the only Chinese kids at their high school. But both James and Marilyn believe that things can be better for their kids. James wants nothing more than for them to ‘fit in’ like ‘normal’ Americans. Marilyn just wants Lydia to have the career that she never had.

Nobody asks what Lydia herself wants.

James, Marilyn, Nath and Lydia all have their own secrets and things they want from life. But they never talk to each other about them. Lydia is crumbling under the weight of her parents’ expectations. Nath is crumbling under Lydia’s need for him to keep her safe.

Only Hannah really knows what is going on.

The book moves backwards and forwards from Lydia’s death to the time leading up to it and the time after it. It also goes back to Marilyn and James’s childhoods and their early life together. It does this without explanation or logic, but it works.

For me, Everything I Never Told You isn’t quite as good as Little Fires Everywhere, but it is still a very good read. At a time when so many of us are keen to educate ourselves about the experiences of other races in a largely white society, it is also an enlightening read. If you’re looking for a moving book which makes you think a little bit, I can definitely recommend Everything I Never Told You. 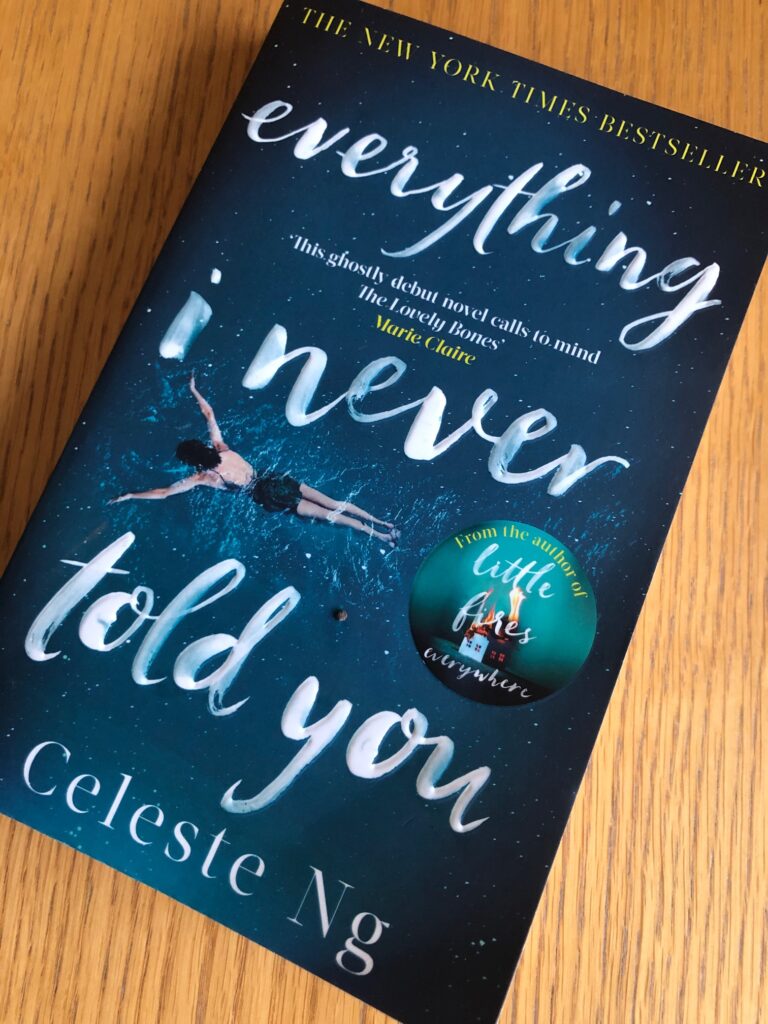