Day 166 – Sunday 14th June – my husband and I started the day with a 10 mile run, as we always do on a Sunday. Doing a five mile walk with the kids later in the day wasn’t a good idea and I was exhausted. This is one of our new flowers in the garden – a delphinium. 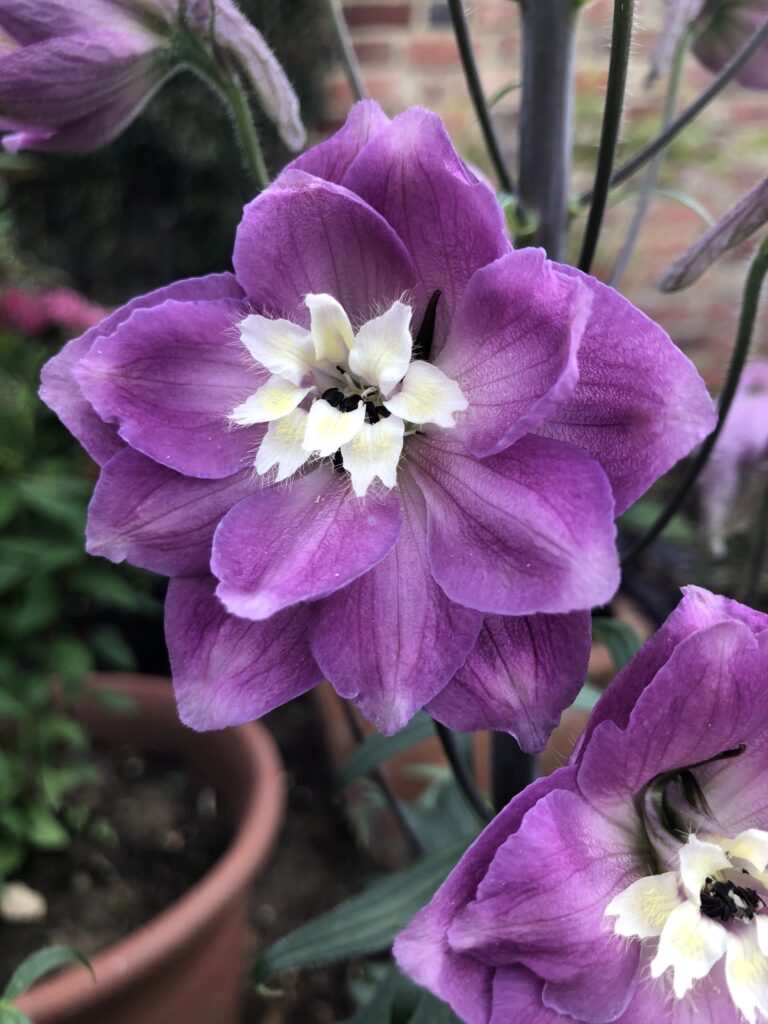 Day 167 – Monday 15th June – a lot of shops reopened today. I didn’t go to them and have no plans to go to them in the near future, but I won’t judge people harshly who do choose to go. People who choose to go shopping will help to kick-start the economy and safeguard jobs.

I’d misplaced my keys a few days ago. I wasn’t even sure if it was Friday or Saturday. The last time I definitely remember having them was late afternoon on Friday, but logically I still had them on Friday evening and I had a vague recollection of getting them out before running on Saturday. Having searched everywhere, I’d come to the conclusion that maybe I had properly lost them. I tweeted about them first thing in the morning. Remarkably, probably the only follower who knows exactly where I live (a real life friend) saw the tweet and told me the parish council had posted about some lost keys. I got in touch with them and, sure enough, the keys were mine! I had lost them while running and they had been picked up by another runner, who lived in a different village. It was such a relief to get them back.

My daughter went for a walk with a friend today for the first time. I took some photos of the guinea pigs and Cedric decided he wanted me in the photo too. 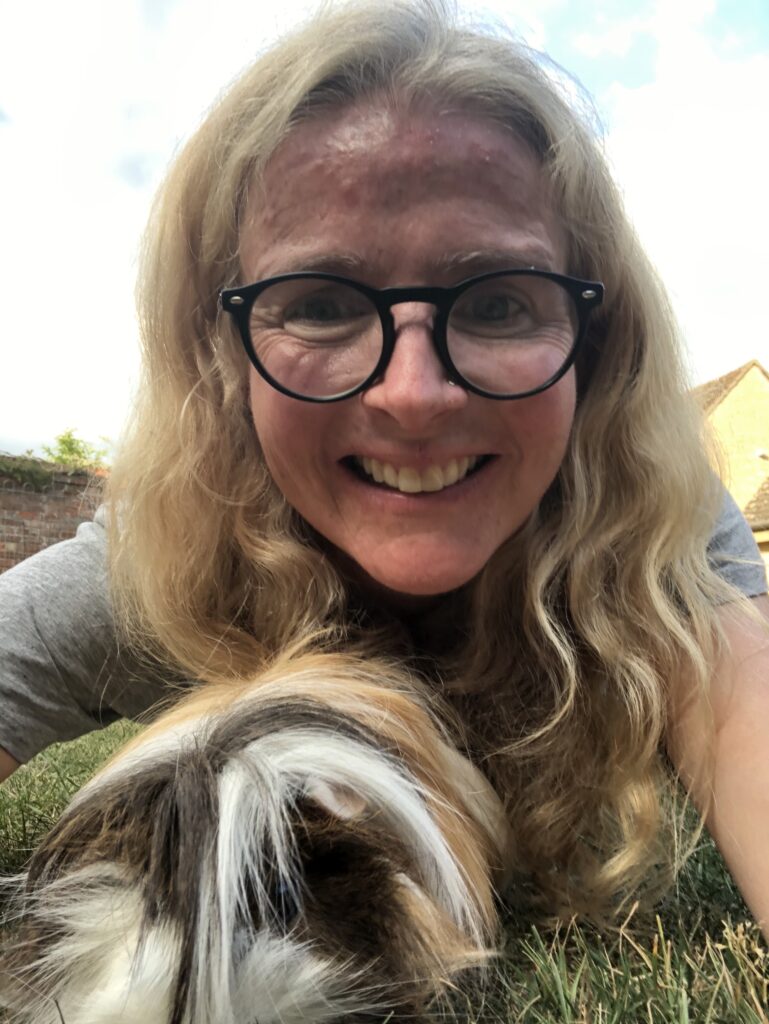 Day 168 – Tuesday 16th June – another same old-same old day of running, walking and working. The heavens opened early in the evening, with spectacular lightning and non-stop thunder. This photo in no way represents how heavy the rain was. The road outside our house was like a river. 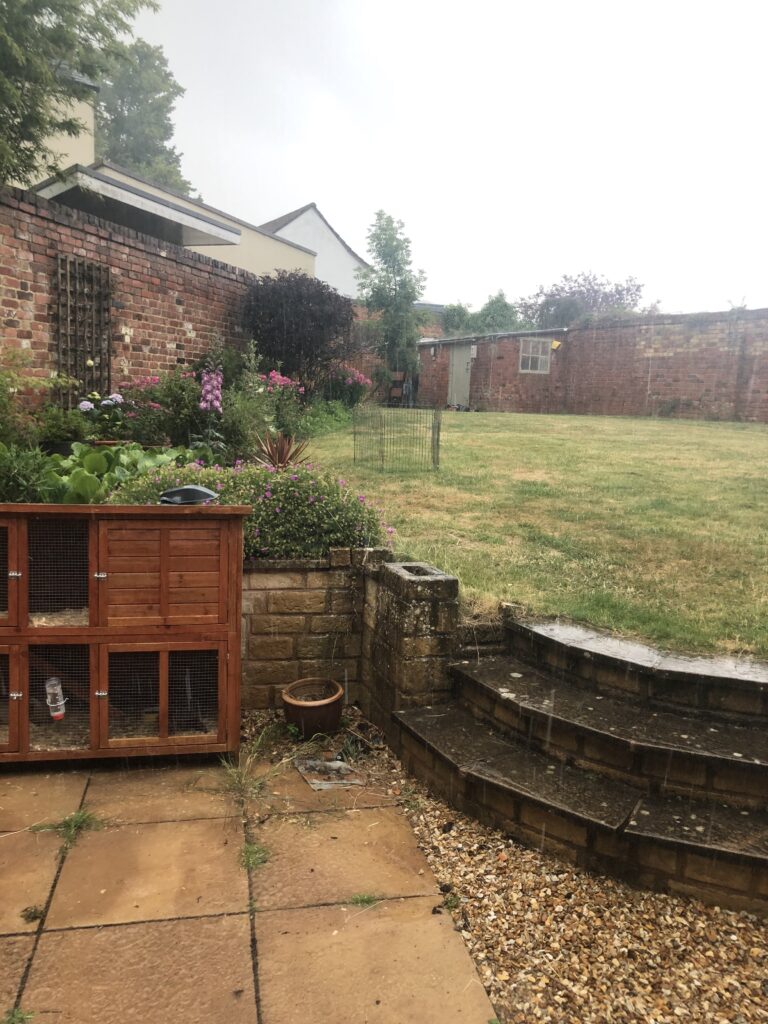 Day 169 – Wednesday 17th June – got some partial bad news today, as our holiday to Padstow has been cancelled. All along I’ve said that I can cope with any cancellations and whatever lockdown has to throw at us, as long as I can get to Padstow in the summer. The good news is that we should be able to book somewhere else, but it is unlikely to be the same date. The date we are being offered clashes with my son’s GCSE results day, but of course we don’t know if results day will be anything like a normal results day. The main thing is that we actually get to go away for a few days, so we will see what happens…

My husband suddenly decided to go into the office today, after working at home since the start of lockdown.

We had another storm. The rain was just as heavy as yesterday and lasted for longer. We didn’t have quite as much thunder and lightning. 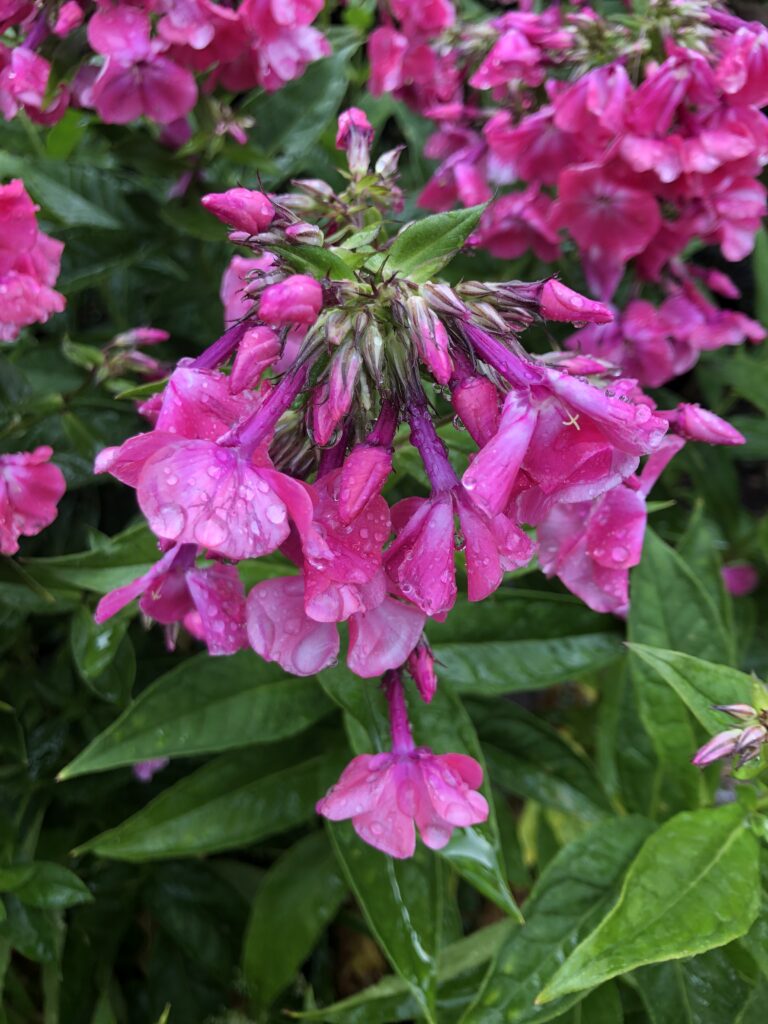 Day 170 – Thursday 18th June – today should have been my son’s final GCSE – further maths. It should also have been his prom.

It was raining when we got up and it pretty much rained all day. I still went out in it. I don’t like being wet, but I dislike being stuck inside far more and go a bit stir crazy. 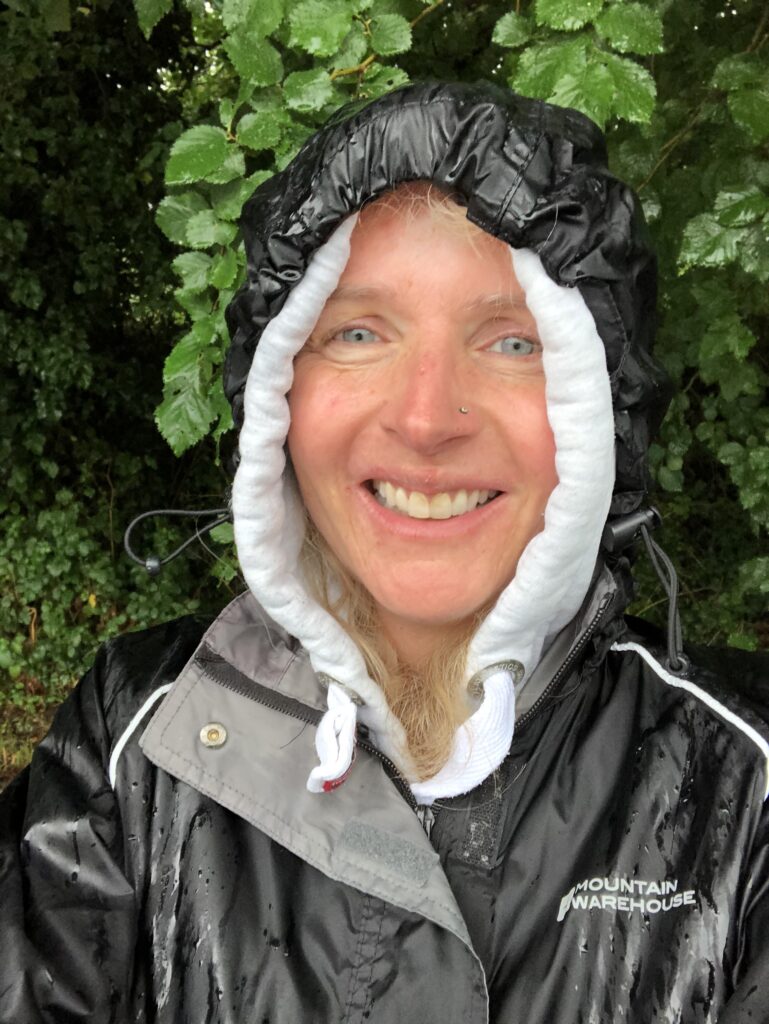 Day 171 – Friday 19th June – it didn’t rain as much today, so I managed to avoid a soaking! I had a lot of work on. My eldest went to meet his friends in the evening, so we went for a walk without him. 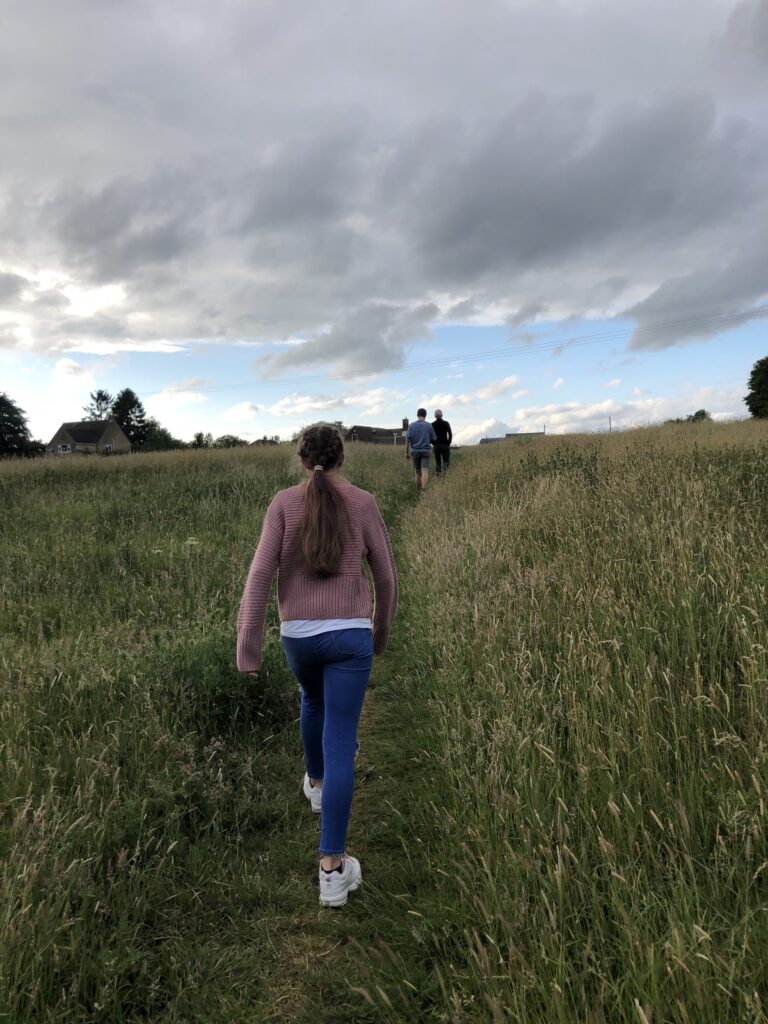 Day 172 – Saturday 20th June – we’ve been doing our own non-parkrun since parkrun was put on hold three months ago. Today it became an official thing, so you can log your times. After weeks without running due to an injured toe, my daughter finally got back to running today. 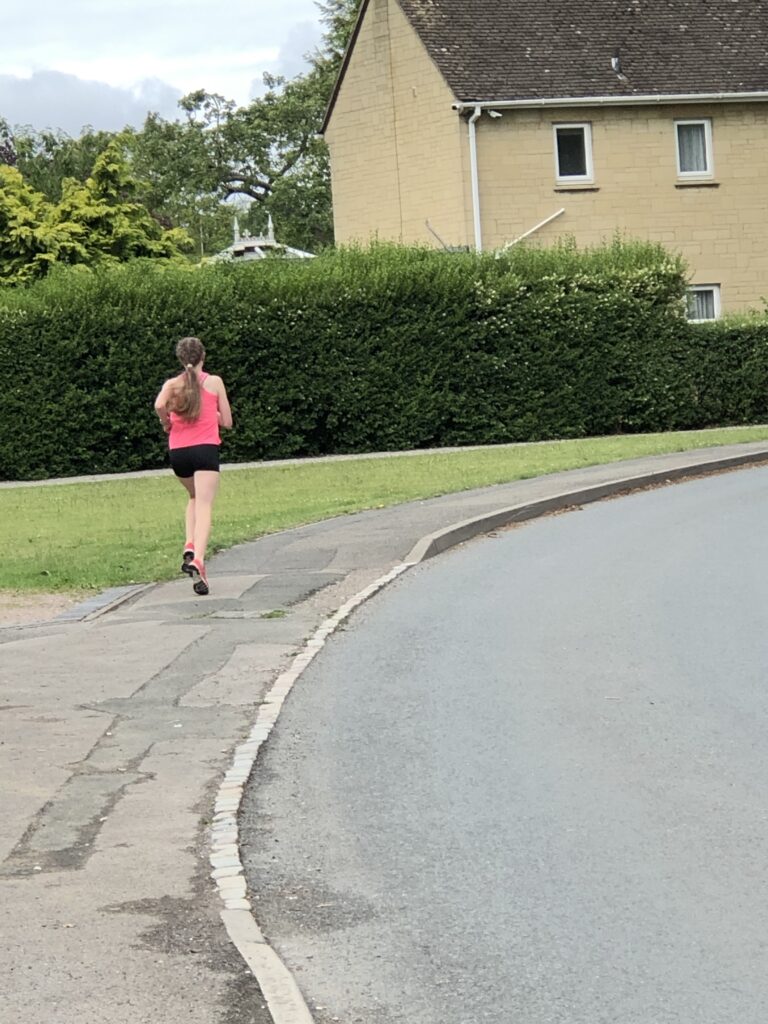