My teenagers: Stepping up in lockdown

Home » Family » My teenagers: Stepping up in lockdown

My teenagers have never done much to help around the house. And by ‘not much’, I mean nothing. I wasn’t one of those people that raised their kids to do chores from an early age. Maybe that was a mistake, but it’s too late now (please don’t bother telling me in comments what I should have done, because this was how I chose to raise my own kids and what’s done is done).

Before lockdown, I struggled every day to prepare a meal in the very small window of time we had available between the school run and ballet classes. I prepared that meal singlehandedly, and most days that included setting the table and making drinks. No wonder we were eating utter crap.

Because I was only asking two out of three of them. Why couldn’t the third one do something? He didn’t do anything yesterday either. And how come I’m doing the drinks, she hasn’t done them for ages…

Sometimes it was just easier to do it myself.

My younger son has been concerned about nutrition for a few months now. His pursuit of his athletics career, plus what he has learned in GCSE biology and PE, mean he is far more concerned about a healthy, balanced diet than anyone else in the house. He was already starting to help out with cooking at weekends before lockdown.

And once lockdown started, he just stepped up. Every day, he helps out with cooking, without being asked. He just appears in the kitchen in time to ensure we have tea on the table at 5. Because we might not have to go to ballet, but he is always hungry and always wants his tea at 5. His help has been invaluable in us eating better food. Without him, I would still struggle.

My daughter spent weeks doing up her own bedroom. She had a good routine – school work in the morning, work on her bedroom in the afternoon. She really got the painting bug. So once her bedroom was finished, she just carried on painting. She started with the upstairs bathroom, which really needed it, before moving on to the downstairs bathroom, which was just getting a bit grubby, as rooms tend to do. Since then she has worked on our ensuite and the hallway. She is planning to touch up all of the rooms before she goes back to school in September. As an added bonus, when she has painted a room, she also voluntarily cleans it to a far higher standard than I would clean it myself. 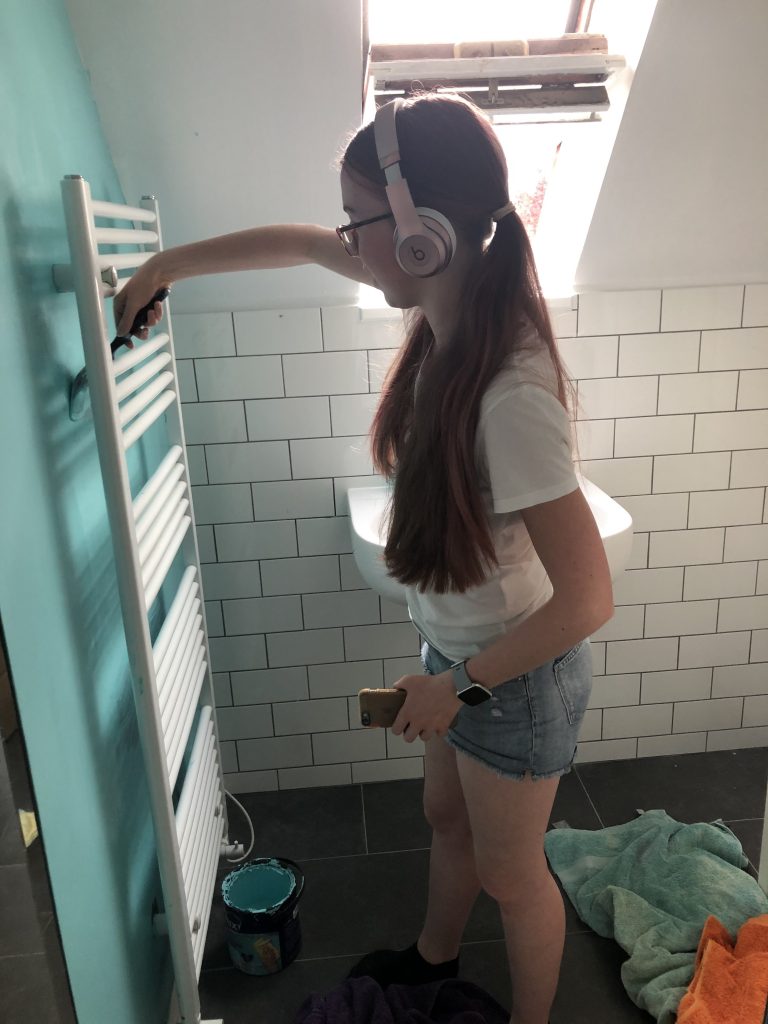 Despite his age and the fact that he is furloughed and living at home rent-free, my eldest is the most resistant to helping out. But even he has stepped up. Like many people, I had developed a real anxiety about going shopping during the coronavirus crisis. I hate doing a big shop anyway (we always had a Tesco delivery for that) and spent the whole time I was in the supermarket sanitising my hands and worrying about what I had touched. My husband went a couple of times, but he is still working full-time, so it mainly fell to me.

Then, out of the blue, my son volunteered to go. I thought he would struggle to locate things, but he was absolutely fine. In true teenage boy style, he didn’t see what my problem was, and I was fine with that. So now he is doing a big shop for us twice a week. It is a huge weight off my mind and it’s nice to see him pulling his weight a bit for a change.

So it turns out that all we needed to make my teenagers step up and help out a bit was a global pandemic, accompanied by a large dose of boredom. Because if you’re at home with your family, all day, every day, with no work to do, eventually even shopping and cooking can become appealing…