Staying fit and active in lockdown

For four out of five of us, staying fit and active is really important. During lockdown, it would have been so easy to let that slip, especially with exercising outdoors limited to once a day until recently. But my younger son and daughter have been taking their fitness really seriously throughout lockdown.

When she does eventually go back to school, I think my daughter will actually lose some fitness. She has been starting most days with a short run – about 1.5 miles. During the day she does a stretching routine and a core strength routine. On Saturdays, we do a family ‘non-parkrun parkrun’ of 5k (or 3 miles). And over the last couple of weeks she has actually switched her short run for one or two runs of 4.5 miles with my husband or me. On the days she didn’t run, we went out for a walk as a family – anything from 1.5 to 5 miles, depending on how much time we had. 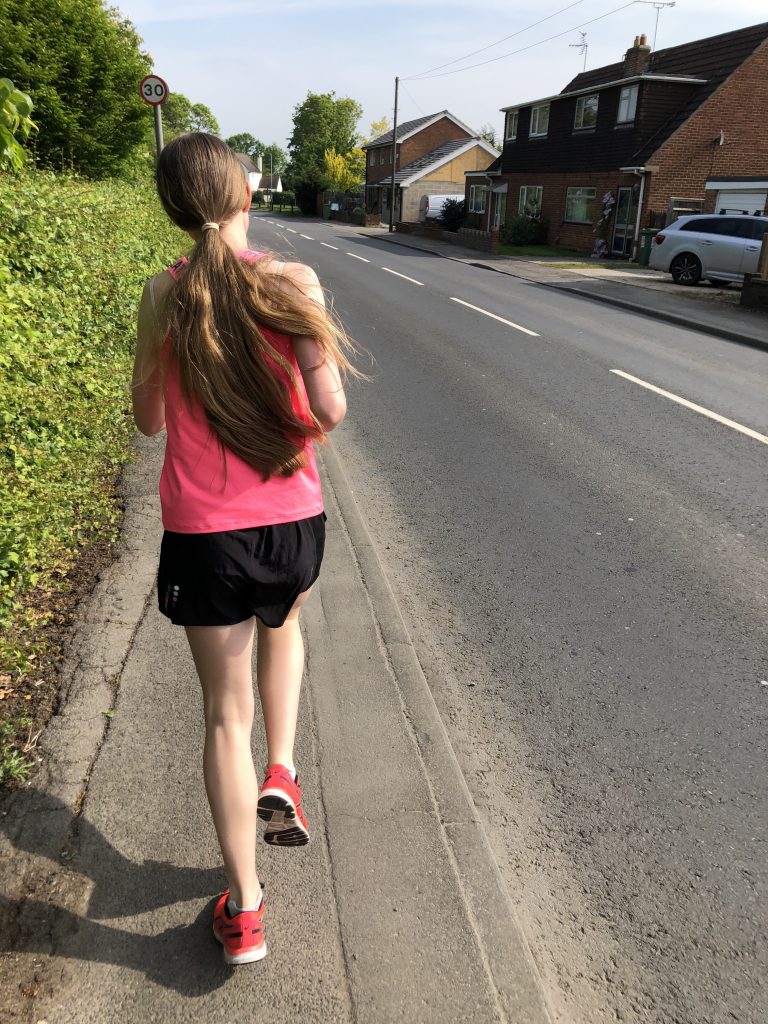 Now we are allowed unlimited outdoor exercise (hooray!) my son and daughter have been walking together most afternoons – usually around 4 miles. We are now walking as a family every evening too. 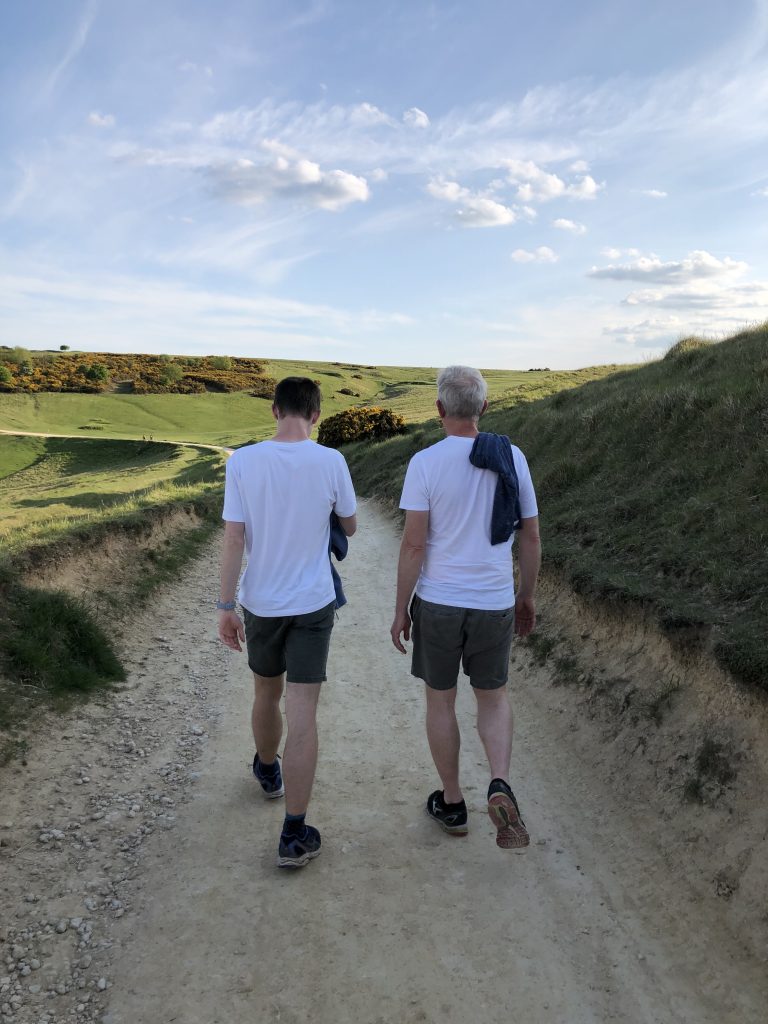 Pre-lockdown, on a week when the weather was good (ie pitches weren’t waterlogged) and he wasn’t injured, my son did a huge amount of sport. He would have two PE/ games lessons, plus one extra for his GCSE PE. He would have practise for whichever school sport he was currently playing (football or rugby) and a match. He would also have practise and a match with his football club and two sessions at his athletics club – one jumping, one sprinting. Taking that away from him could have had a really negative effect on his fitness.

Like my daughter, he joins in with the non-parkrun parkrun and any family walks. He has also started doing one 4.5 mile run a week with my husband. But his main focus is on sprinting. Two or three times a week, he goes out to a nearby country lane and recreates a sprinting session from the athletics club. He does his warm-ups, then a couple of ‘accelerations’ – short runs which do exactly what it says on the tin. He then does six full 100 metre sprints (well, his best guess of 100 metres at any rate). His speed is quite astonishing. 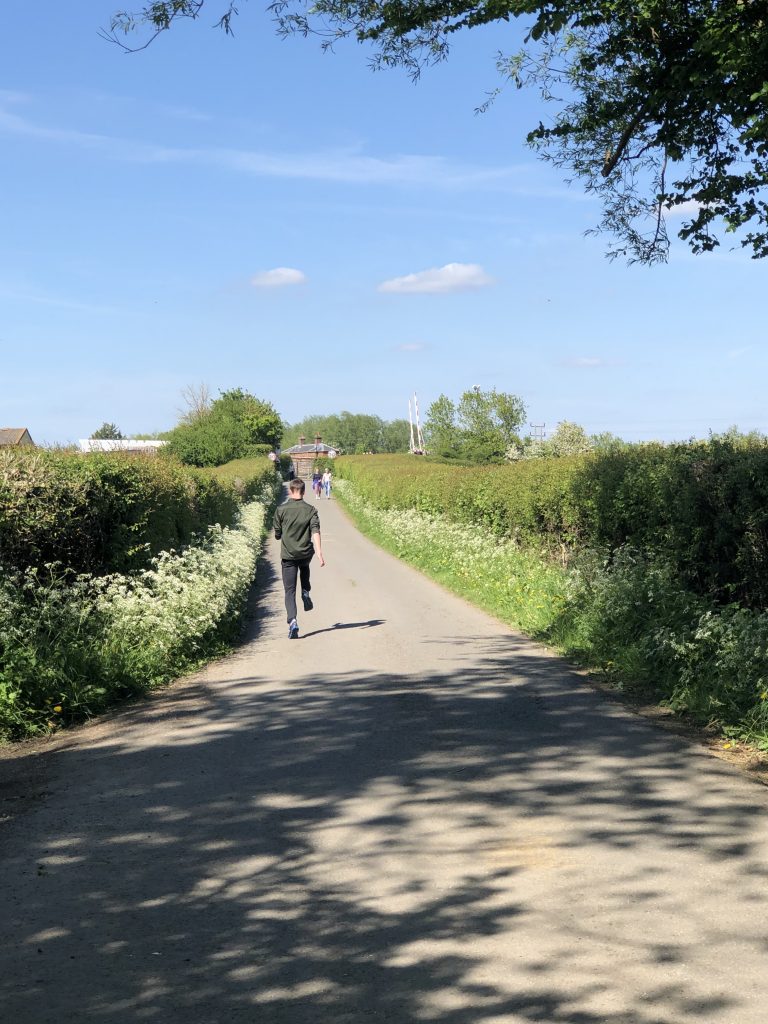 Having suffered from so many injuries over the last year, he is careful not to do too much intensive exercise in one day. On the days he doesn’t sprint, he does strength and conditioning work, using resistance bands and weights (which are much too light, apparently), as well as lots of exercises like press ups.

Golf courses and tennis courts have now reopened, and it was announced last week that stadiums and athletics tracks could also reopen for one-to-one sessions, and with permission of the owner. They are outdoors, there is plenty of space and it’s easy to social distance. Sadly, sandpits remain off-limits for now, which isn’t ideal for someone who does long jump and triple jump.

But if and when competitions come back this year, my is going to be absolutely ready for them.

And as for me? I’m still running about five days a week – varying my distances from our 3 mile Saturday runs to 10 miles. I’ve always been very active and a very outdoors kind of person. Only being allowed to exercise outside once a day was hard for me – even with the garden to fall back on.

Before lockdown, I used to run or walk every morning and walk again every afternoon. We would walk as a family most evenings too. I am so happy to now have the freedom to get out to walk whenever I want and to be able to support my son on his sprints sessions, even though I’ve already been out for a run myself.