More GCSE and A Level options

With parenting and school, there is no let-up (apart from when school suddenly gets cancelled indefinitely due to a pandemic, of course!). Life is one endless cycle of new experiences – and then experiences repeated by your younger kids. So, no sooner have I had one son complete his A Levels and finish school, then we’re working towards my younger son’s GCSEs results this summer – although not his actual exams, of course.

And we are also at the point where he is choosing his A Levels and my daughter is doing her GCSE options. This is, of course, leading up to a rather stressful summer 2022 when I will have one child doing A Levels and one doing GCSEs.

It was probably in year 8 that my son suddenly announced his intention to become a psychiatrist. I’m not really sure where this came from as it was never anything he’d mentioned before then. None of us have had contact with mental health services and we don’t know anyone who is a psychiatrist. Becoming a psychiatrist is not an easy career path and it starts with full medical training.

Chemistry A Level is a requirement for nearly all medical degrees, with biology also recommended. My son’s school does psychology A Level, which he thought would be relevant and interesting, so he was going to do that too. His school requires all students to start four A Levels and do them throughout year 12. At the end of year 12, they can take the decision to keep going with all four or drop one. He was torn between German and PE for his fourth subject – two subjects he enjoys and is good at.

In year 11, before 6th form applications, his school had an A Level taster day. And he decided he really didn’t like psychology! It’s an essay subject and he’s not a fan of essay subjects. He also felt it wasn’t as relevant to his career path as he’d assumed. He also realised he didn’t like the sound of German A Level.

Which left him with chemistry, biology and PE. (Although not a requirement for a medical degree, there is a lot of useful information to be gained from PE for medicine, from the workings of the human body to the health benefits of sport.) And the A Level taster day made him realise that he’d like to do maths. He’s always been good at maths and always enjoyed it. It is a subject which has relevance for so many careers.

And what of my daughter?

She has similar skills and tastes to her brother. Everyone at her school automatically does the three individual sciences, maths and both English language and English literature. Her definite subjects are geography, art and German (all subjects her brother is doing). The only one she wasn’t sure about was her fourth subject. Should she do French, PE or drama?

Some people say you shouldn’t do two languages, in case you mix them up. Others say that if you’re good at languages, it makes a lot of sense to do two. She’s good at PE, but not brilliant. You have to have three sports for PE  GCSE (luckily dance does count), but she’s not even on the school netball team, which could be a problem. After another fantastic year of panto, my daughter thinks drama would be the best choice for her.

Both of my kids are lucky in that their schools don’t have any columns to pick from for either GCSE or A Level options, so they could literally choose what they wanted and the school staff will piece a timetable together. Of course, there is a small chance that it won’t be possible to piece everything together, in which case they will need a reserve subject.

My daughter’s options should be confirmed after Easter, while my son’s was supposed to be following the GCSE results. Now the results will come in earlier, I’m not sure when that will be, but I’m assuming it will be at a similar time. 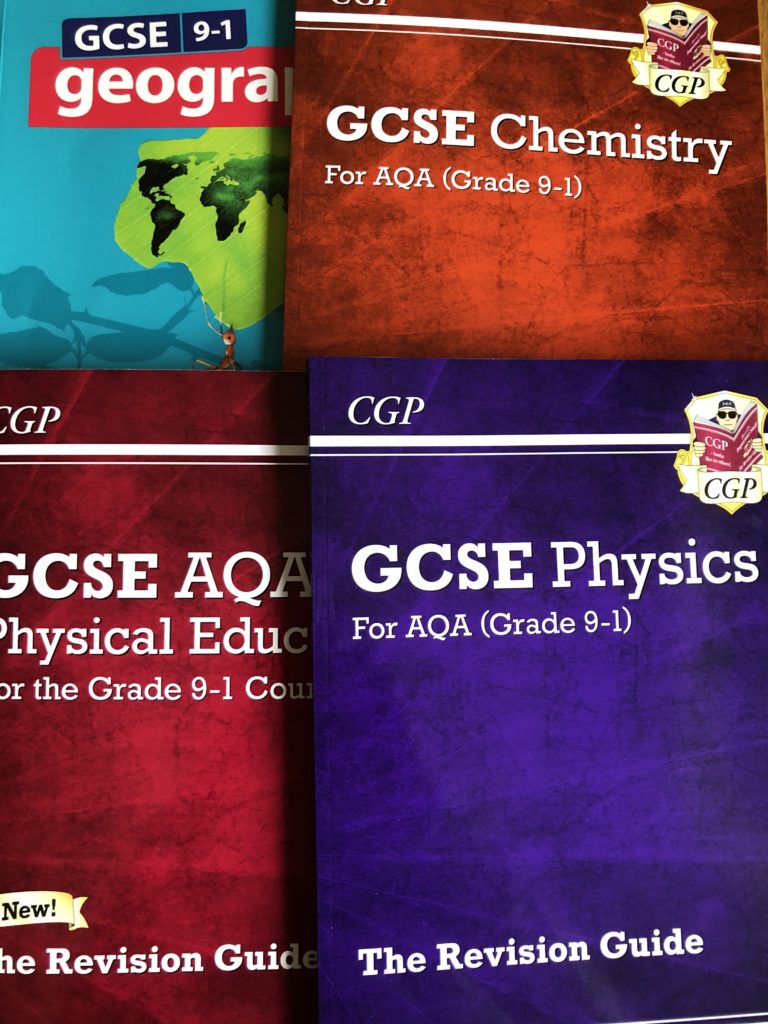