My son, his travels, coronavirus and me

Home » Family » My son, his travels, coronavirus and me

Regular readers will know that I was very worried about my son going on his travels a couple of weeks ago. It was his dream trip, which he had completely planned and paid for himself. He was flying to Singapore, spending some time in Malaysia, then flying on to Sydney. He was going to be away for nearly three weeks.

On the morning he set off, my husband and I drove him to the bus station to catch a coach to Heathrow. But we went in separate cars (so my husband could get to work) and I got a bit left behind. I suddenly started to panic that I wouldn’t get there in time and the bus would go without me saying goodbye. I cried nearly all the way to town – and still arrived in plenty of time for the bus.

My son was in such good spirits and it was lovely to see. I realised I was happy for him, even if I was sad for myself. I only shed one or two discreet tears when he left.

Later in the day, I realised I actually felt a sense of relief that he had now gone. I’d been worrying about him going for so long that I felt more relaxed now that it had really happened. Although for the first couple of days, I did keep counting the hours since he’d been gone.

My son rang me shortly after he arrived at Heathrow, which was very unexpected, as I hadn’t expected to hear from him for a day or two. He was very happy that he’d got an earlier flight. He was flying to Frankfurt, where he was meeting his friend, then they were flying together to Singapore. It would be a very long wait in Frankfurt.

It was 23 hours until he arrived in Singapore. 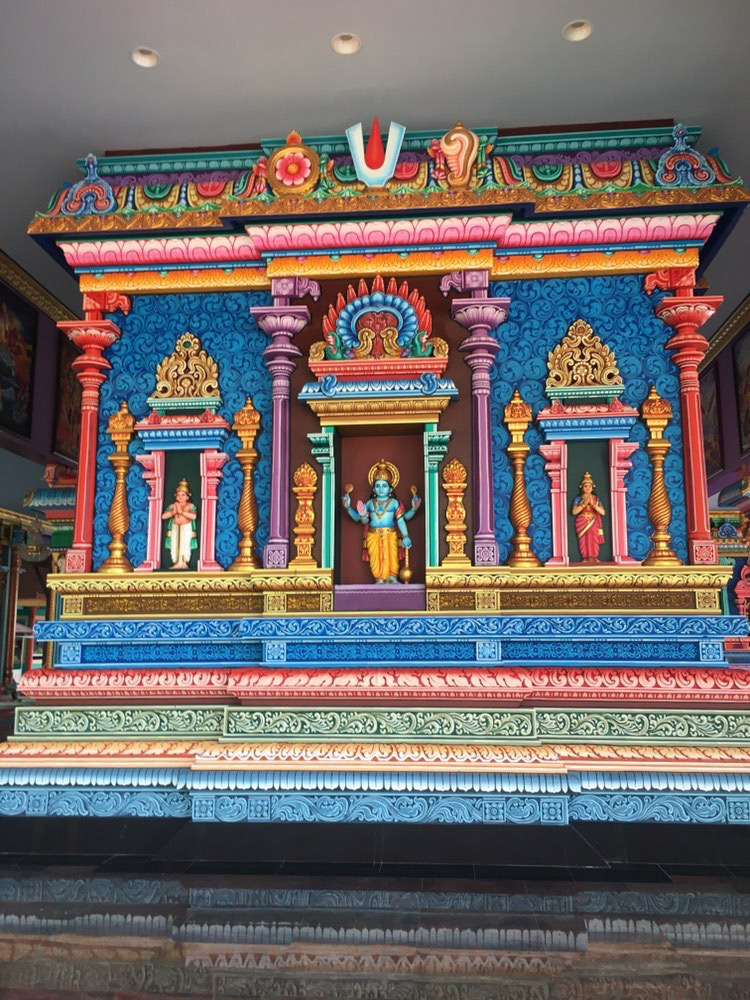 He’s never the best at communicating, but I’d asked that he message me once a day, just so I knew he was OK. I’d also told him not to be afraid to ask for help if he needed it and we would do our best for him. Things were changing daily with coronavirus, and I wanted to be sure he was safe.

His messages mainly consisted of him showing me how good the food was and how much he could get for £2.50. If that’s what makes him happy, I was happy for him to send those messages.

Every day, he sent a batch of photos to me. Really they were for himself – he wanted me to look after them in case he lost his phone – but I loved receiving them and started to look forward to them every day. He was seeing some amazing sights and looked so relaxed and happy in all of the pictures. From the photos, there was no indication that coronavirus was a concern for anyone.

What an amazing experience for him. Seeing the world, being independent and spending time with his friends. What more could he want?

He wouldn’t want to come home!My son loves his job/ apprenticeship, but it would surely seem boring compared to Singapore and Malaysia. Mealtimes with his family, arguing with his sister and being told off for being untidy would seem like a bit of a letdown too.

After a week, his one friend flew home and he flew to Australia with his other friend (who is currently living there) and then the shine started to wear off his trip, thanks to coronavirus.

We’d always thought he would probably have to go into isolation after his travels, which before he went away felt like a worry. But now isolation is becoming the norm for so many people that I don’t know why I ever even worried about it. I’d surprised myself at how happy I had felt to see him so happy he was while he was away, but now I just wanted him home and safe.

(I’ll tell you about that tomorrow.)