It’s been a very quiet half term in our house.

Day 47 – Sunday 16th February – a 14 mile training run today. This week’s run was a lot better than last week’s. We were still feeling the after-effects of Storm Dennis, but it wasn’t too bad. Needless to say, the football was called off as usual. 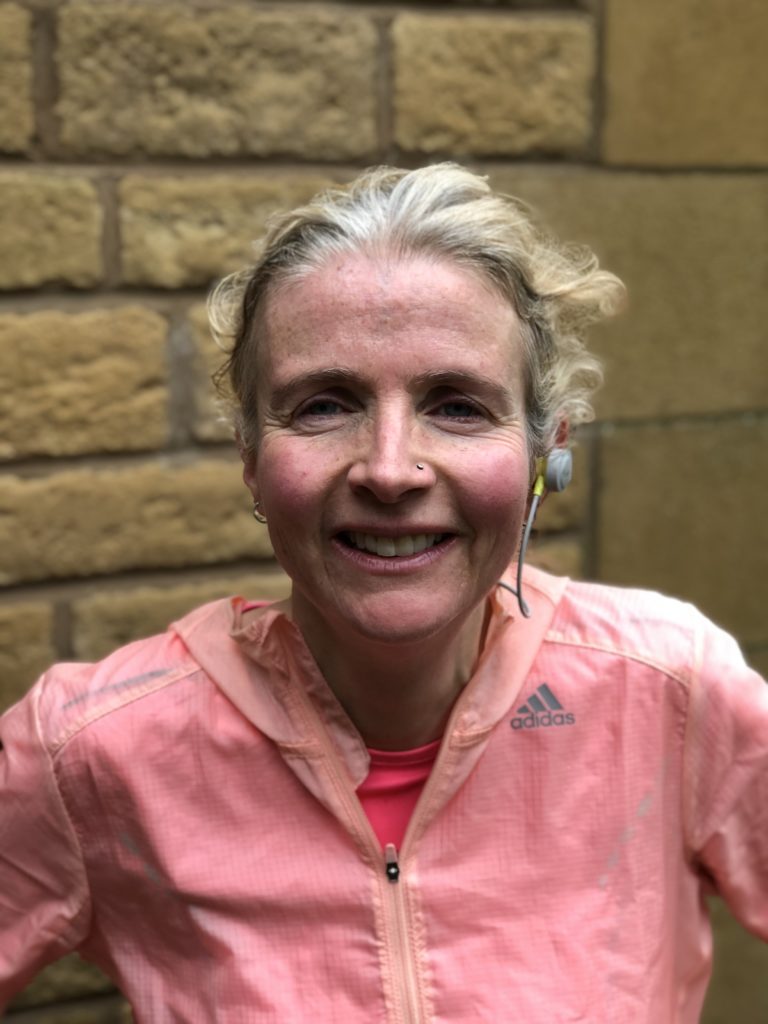 Day 48 – Monday 17th February – the start of half term, so of course I had more work than I’ve had in ages. I’m pleased to say my daughter is very nearly better, after feeling dizzy for several days. I took this photo in the morning – the after effects of Storm Dennis on the local park (there isn’t a lake in the park). 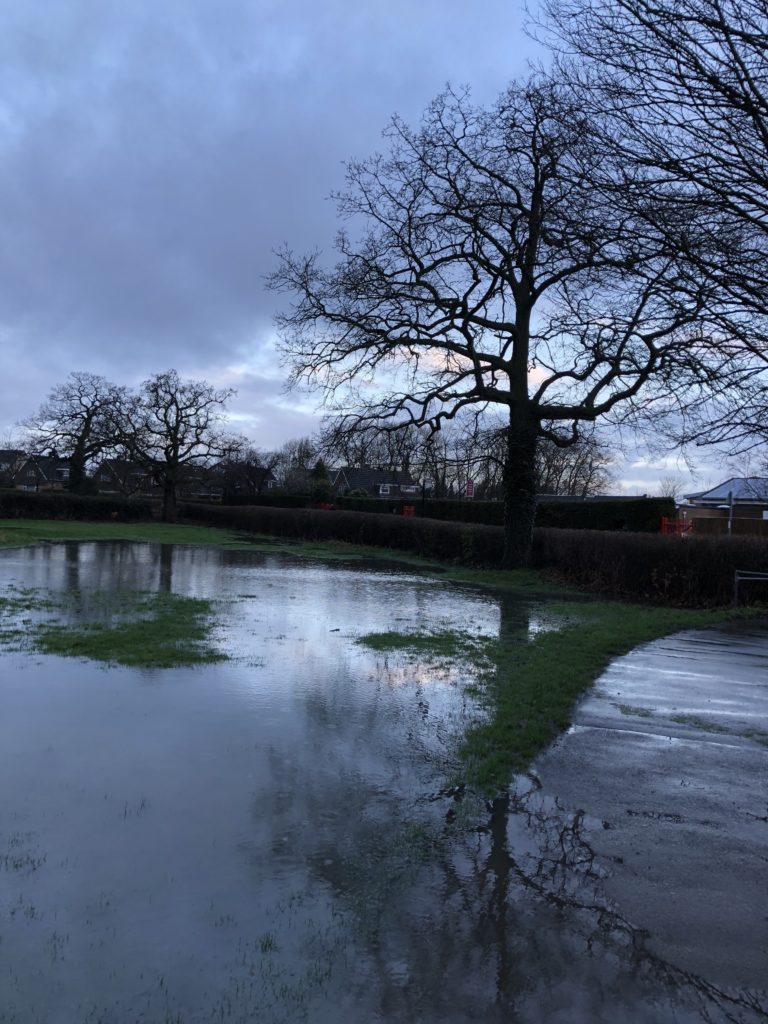 Day 49 – Tuesday 18th February – my younger two kids like nothing better than a car journey (despite the fact that my daughter gets travel sick), so they jumped at the chance to go on a drive with their dad, who needed to go to Cambridge for work. Cambridge is a really long way away from us! It was useful to me to be able to just get on with my work. They got home at 6.45 and were at their athletics club at 7pm. I took this photo of our garden, which is starting to look quite colourful. 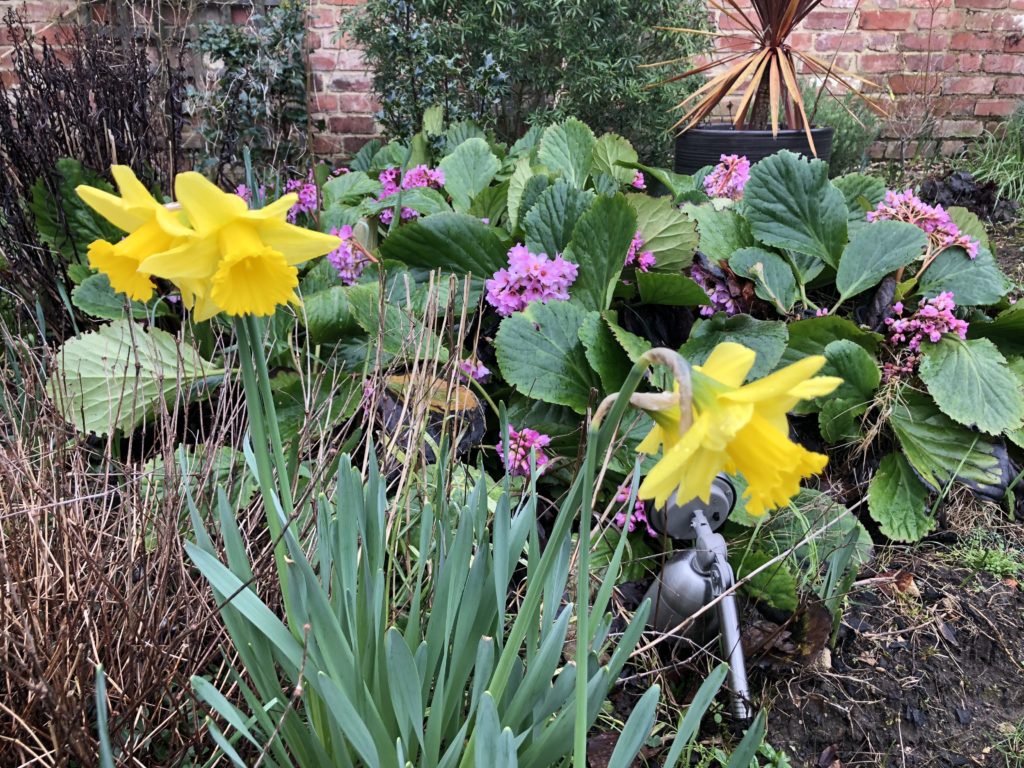 Day 50 – Wednesday 19th February – half term in our house is very boring. We don’t go out anywhere because of my work, but also because teenagers aren’t always that keen on going out. They don’t even see their friends very often as they don’t live nearby – and they’re all busy doing their own thing anyway. Surprisingly, the kids are very happy with their boring half term! The ‘highlight’ of today was a trip to the school uniform shop in Gloucester for some PE kit. On the way back to the car, we nipped into Gloucester Cathedral to see this stunning light display. 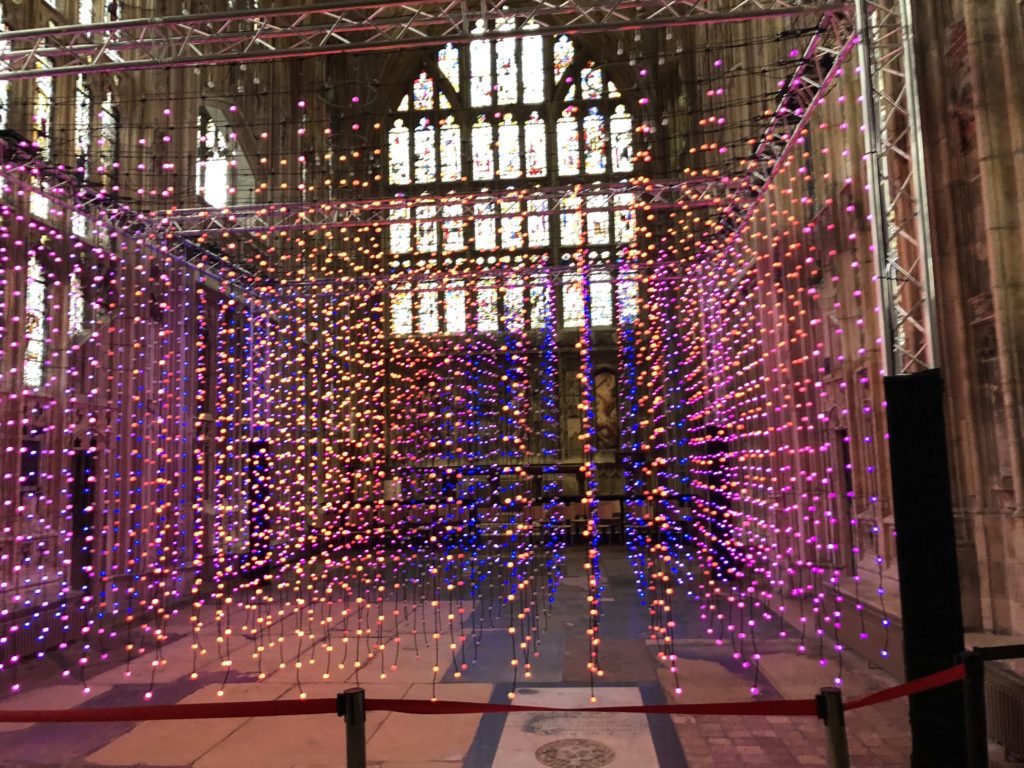 Day 51 – Thursday 20th February – went to Starbucks for lunch with my parents, which made a nice change. My daughter met up with a friend in the afternoon. In the evening, she went to the jumps group at their athletics club with her brother for the first time. She came home buzzing, as the coach thinks she’s got real potential. She can’t wait to go again. Apologies, the only photo I took was my window for my Instagram stories. 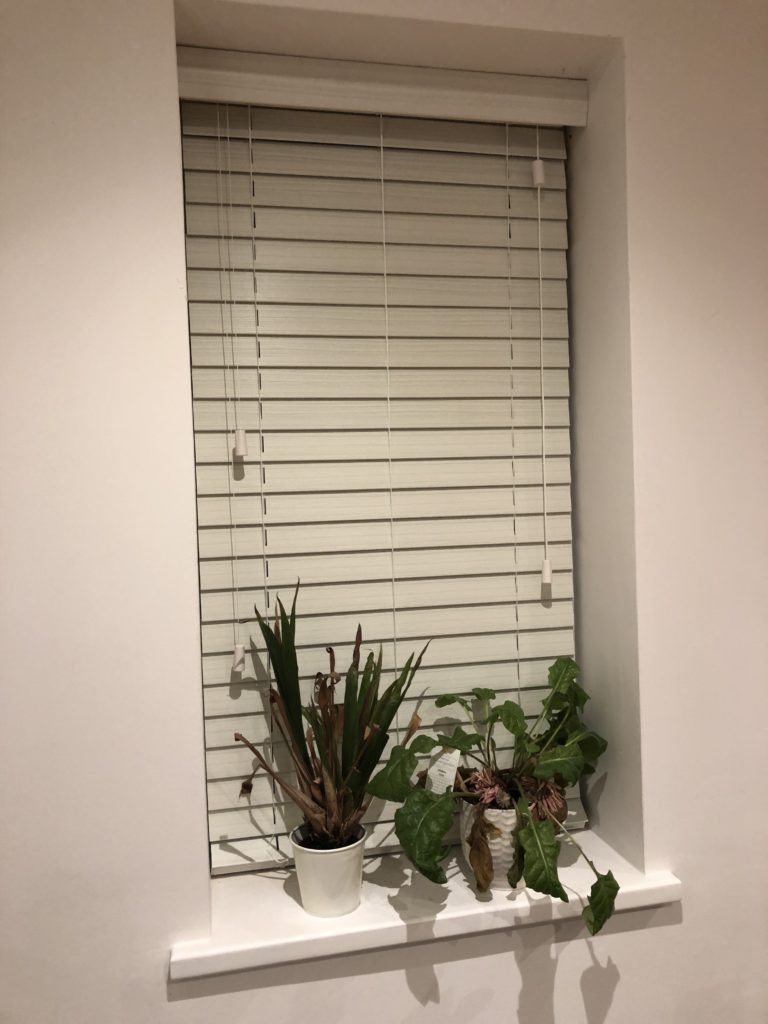 Day 52 – Friday 21st February – the day started with an eight mile run, my longest midweek run so far in training for Brighton marathon. My daughter is trying to earn back some of the cost of her PE hoodie (it’s the second one she’s lost, so she had to pay for the replacement herself). Today she cleaned my car, did the hoovering and cleaned the guinea pigs. I paid her for the hoovering and car cleaning. Sorry, it’s another boring photo, but this book is absolutely brilliant! Look out for  a review in a few weeks. 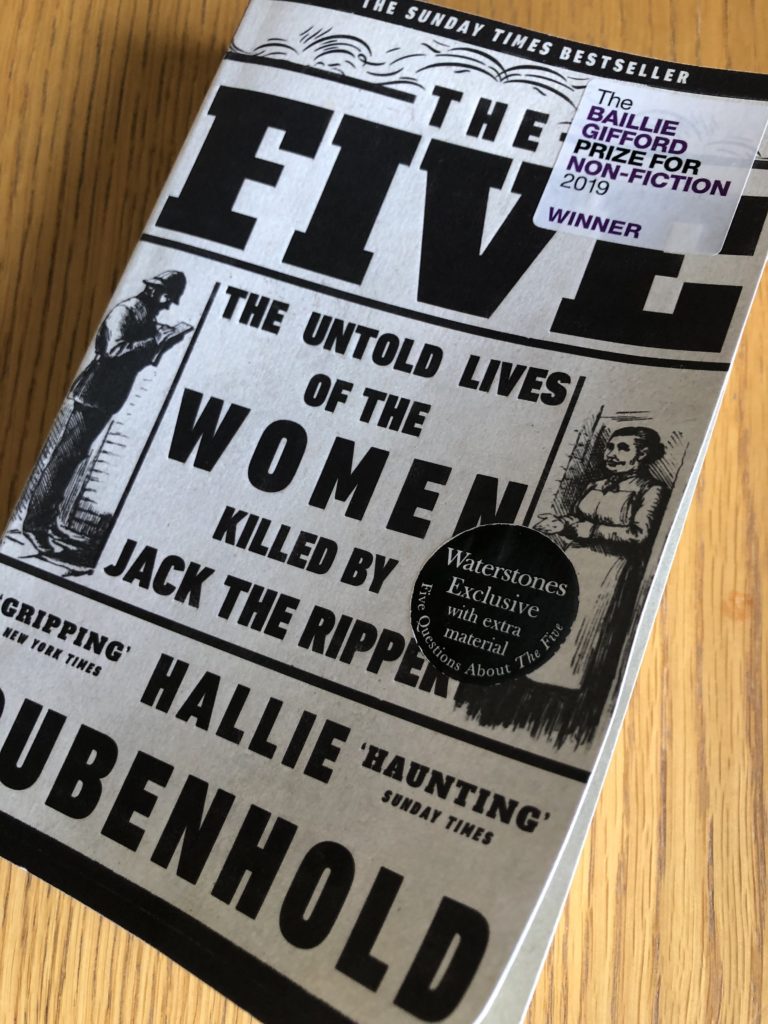 Day 53 – Saturday 22nd February – yes, I’m a day early with my weekly run photo, as I did my long run today –  15 miles, with a parkrun in miles 7 to 10. Strangely, even though there’s no ‘official’ storm this week, it was windier than ever this morning. It’s eight weeks until the marathon and I’ve still got plenty of work to do! 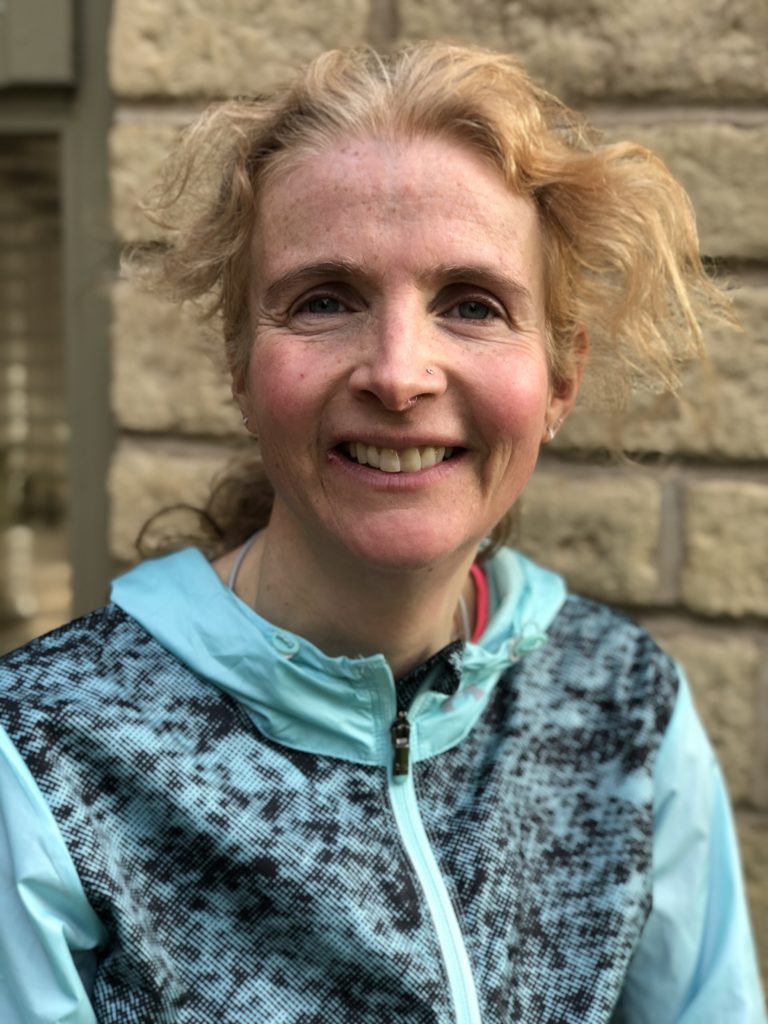