Day 40 – Sunday 9th February – Storm Ciara arrived and it was pretty horrendous, but I still needed to run! Did 13 miles in the rain and wind. We were lucky because it got worse later in the day. My daughter met up with her panto friends, which was lovely. All nine members of the chorus were there. They are hoping to keep meeting up throughout the year. Remarkably, it’s only seven months until auditions! 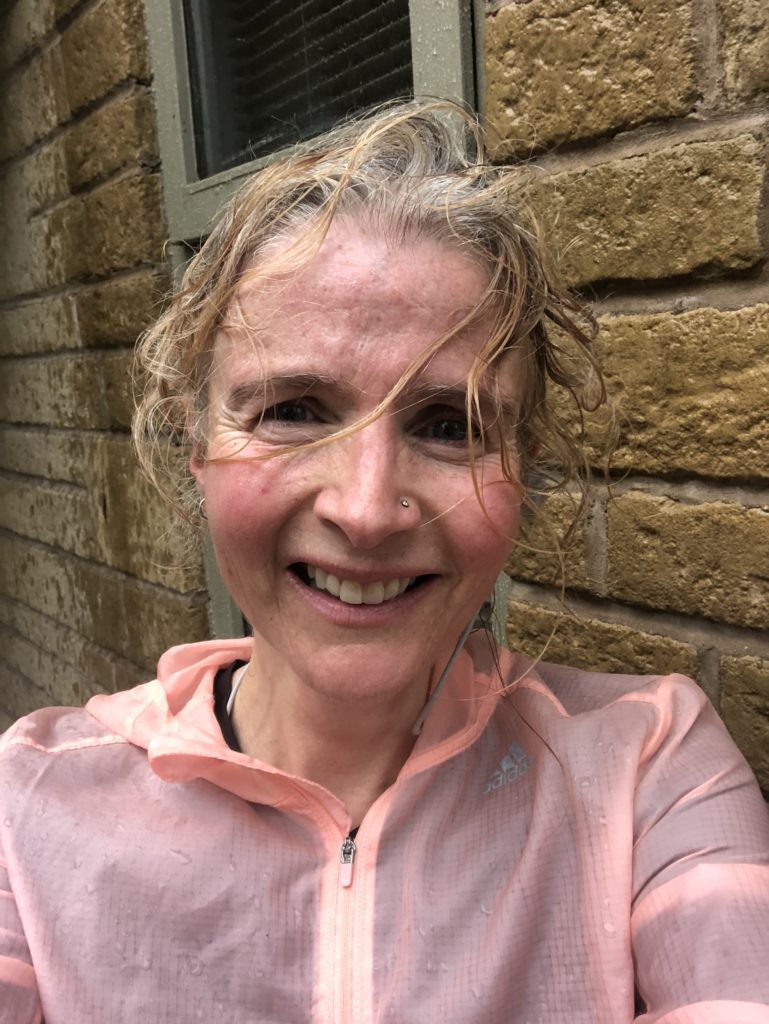 Day 41 – Monday 10th February – another rainy day, although it wasn’t raining early on when I took this photo. Currently Mondays are the only day of the week when I don’t exercise (apart from walking), and I’m actually quite glad of the break. It’s good to be able to start work before 10am.

Day 42 – Tuesday 11th February – my daughter has a ballet exam at the end of the month. The teacher always lends them shoes for their exams so that they look smart. My daughter wants to get used to her borrowed pair before the exam, so she brought two bags of shoes home to try on! 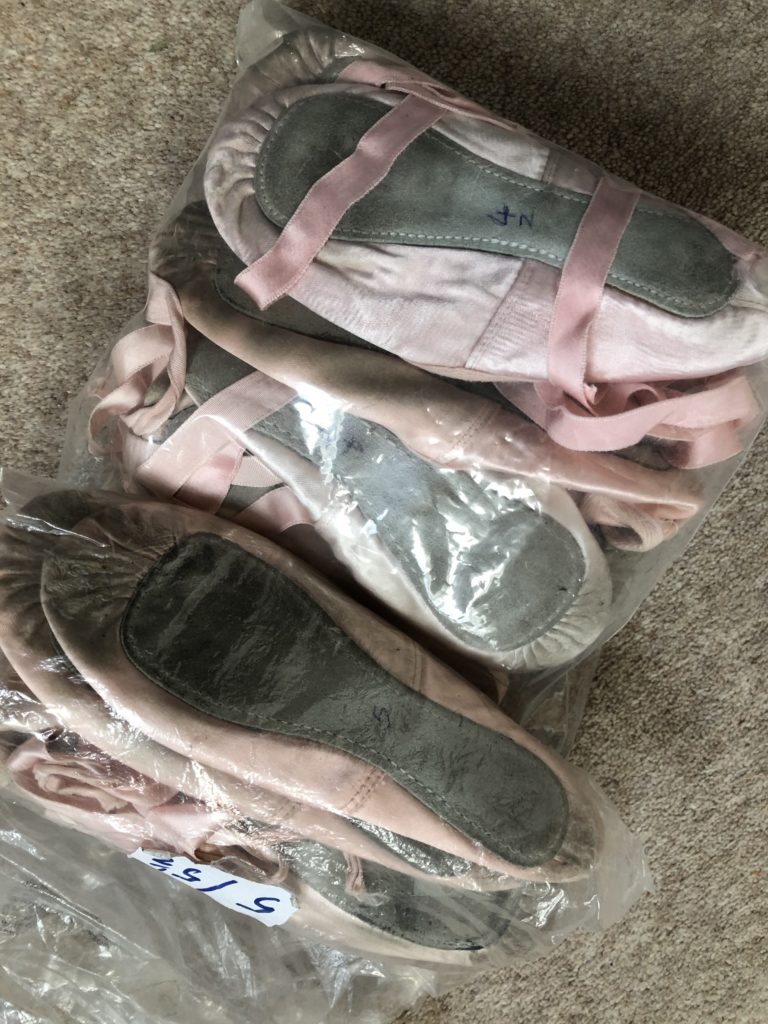 Day 43 – Wednesday 12th February – I went into my client’s office to work for the day. It’s always really intense as I’m proofreading the whole time. I actually got home after my husband and just before my son. When I got home, I discovered that my poor daughter had been filling ill all day at school. She is ill every single February without fail, either during half-term or just before. The daffodils are starting to come out in the garden. Daffodils are my absolute favourite flowers. 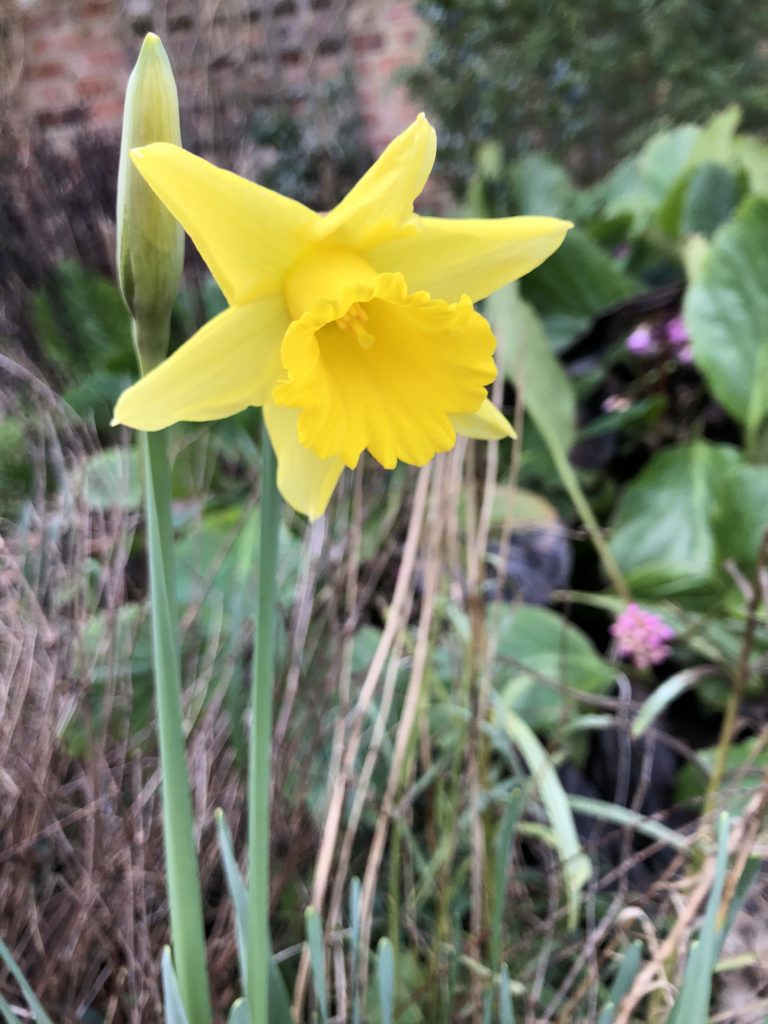 Day 44 – Thursday 13th February – my daughter was at home ill, so I had to run my full six miles close to home. Luckily she doesn’t need too much ‘looking after’, just rest, so I was able to work. My son had probably his best ever parents’ evening (and they’re usually good anyway). Nearly all of his teachers are now predicting him 9s in his GCSEs and say he’s working really well. We’re so proud of him.

My mum gave me this – some research and memories my uncle had written about my grandad. It made interesting reading – I wish there was more of it. 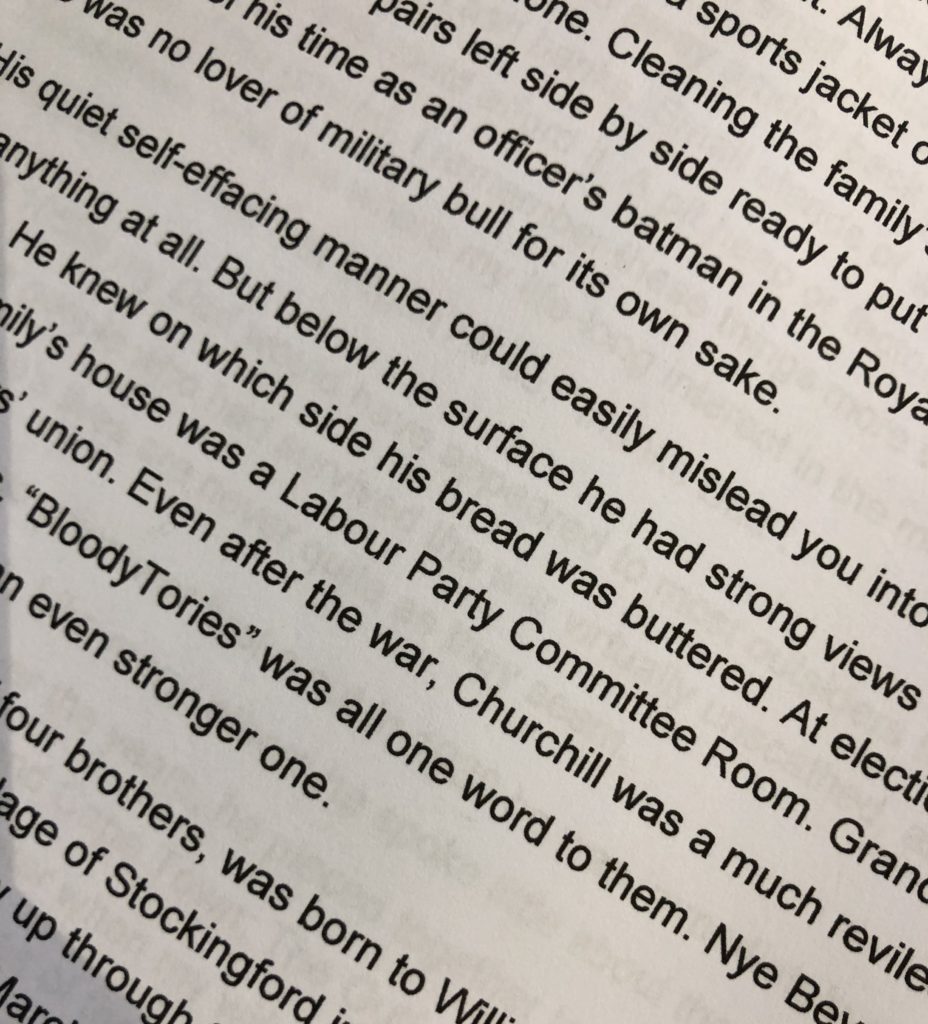 Day 45 – Friday 14th February – my daughter was at home again. She keeps getting dizzy and is very wobbly on her legs. I spent far too much of the day driving around. My husband’s car went into the garage, so I had to drive him from the garage to work, then later pick him up from work to take him to the garage. My eldest cycles to and from work, but he got a puncture, so I had to pick him up.

This is a close-up of my Valentine’s Day pyjamas. My husband knows I love Cath Kidston and the cuter the design the better. He got these at an outlet store, so they were a bargain too!

The day took an unexpected turn in the evening. My daughter, who was still feeling dizzy, felt like she couldn’t control her hand properly, so I rang 111. They then referred us to the out-of-hours doctor, who was mystified as everything else seemed to be very normal (temperature, blood pressure, eyes, ears, throat etc), so referred us to the hospital in the next town. The paediatrician ran all the same checks, but as they are experts in children, she was confident it was a reaction to a mild virus. Apparently dizziness is very common for young, slim teenage girls, so we all felt reassured. It was 12am by the time we  got home. 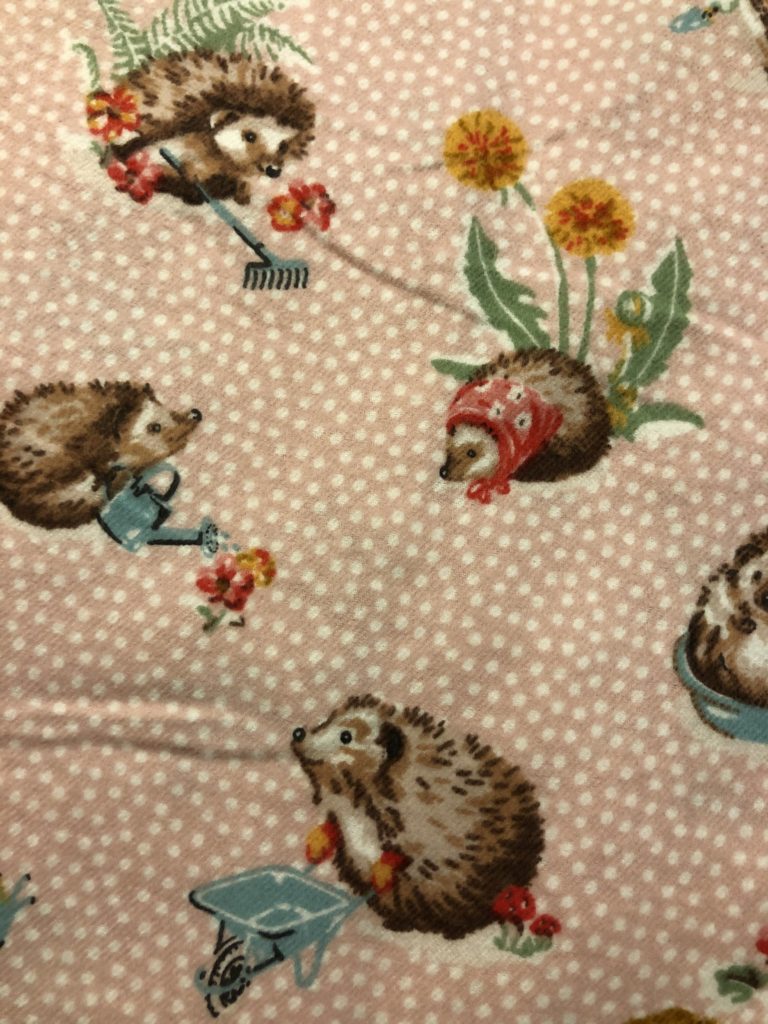 Day 46 – Saturday 15th February – I still managed to wake up at 4.30, despite going to sleep at 12.45. Yes, it’s another windswept parkrun selfie. Storm Dennis arrived in time for me to run six miles with a parkrun in the middle. After parkrun, I went to the stadium to rake the sandpit while my son practised long jump. 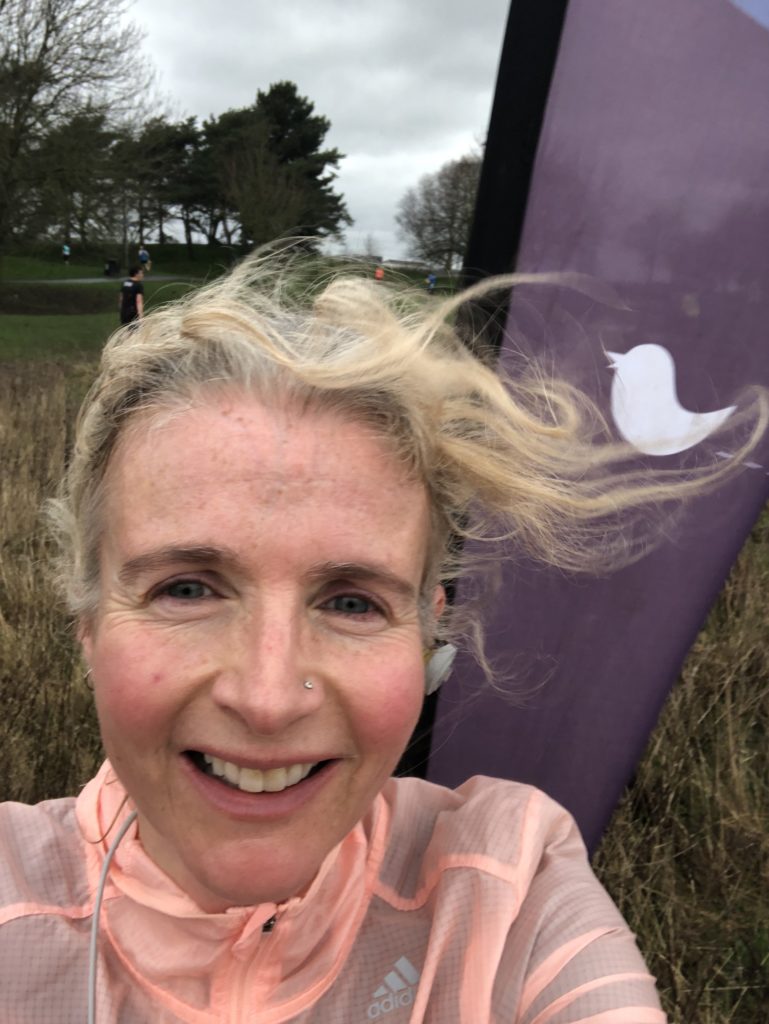