My daughter and I recently read Lily Alone, which is one of the very few Jacqueline Wilson books she hasn’t already read.

Lily lives in a cramped two-bedroom flat with her mum, six-year-old twins Baxter and Bliss, and her three-year-old sister, Pixie. Her mum tells her she will make a lovely mum herself one day, but Lily doesn’t ever want kids. She just wants to be alone.

Lily’s mum is just 26. She is single and feeling down about herself, so Lily encourages her to go out for the evening to cheer herself up. Leaving Lily in charge, she goes out and comes home very late – she has found herself a new boyfriend. Before Lily knows it, her mum has gone on holiday with her new boyfriend and Lily has to work out how to look after the three younger kids and avoid being taken into care.

With no money and not even a key to their own flat, Lily and her brother and sister are left to survive on their own for a week. It’s not long before the food supplies start to run out and their clothes get dirty. They can’t even risk going to school, because Lily can’t trust her siblings not to blurt out that their mum is away. But a week on their own in a flat is a long time, and Lily’s teacher is starting to get suspicious. So the kids decide to go and live in a local park for a couple of days.

The way this is written feels very true to life. Lily is clearly a very capable girl, but she is still a child herself. Narrated entirely by Lily, she veers between being in control and happy to emotional and desperate for space from her siblings. The kids argue and make up, Baxter storms off and Lily is forced to leave the two little girls on their own while she goes to look for him. Might they make it through a whole week without being discovered?

This really is a heartbreaking story of a girl forced to grow up way too soon. I felt very nervous for them and was willing them to be found and taken into care – even though that wasn’t what they wanted. It’s clear from the reaction of the adults around her that Lily’s family is seen as a ‘problem family’, but that’s not how Lily herself sees it. Her mum might have made a mistake, but she is still the best mum in the world.

My daughter is a bit ‘old’ for Lily Alone, but we still loved it. It would be a brilliant read for girls in years 4 to 6, who don’t mind a bit of emotion in their reading.

We’ve read a lot of Jacqueline Wilson over the years. Some of our recent reads include We Are the Beaker Girls, Dancing the Charleston and Rose Rivers. 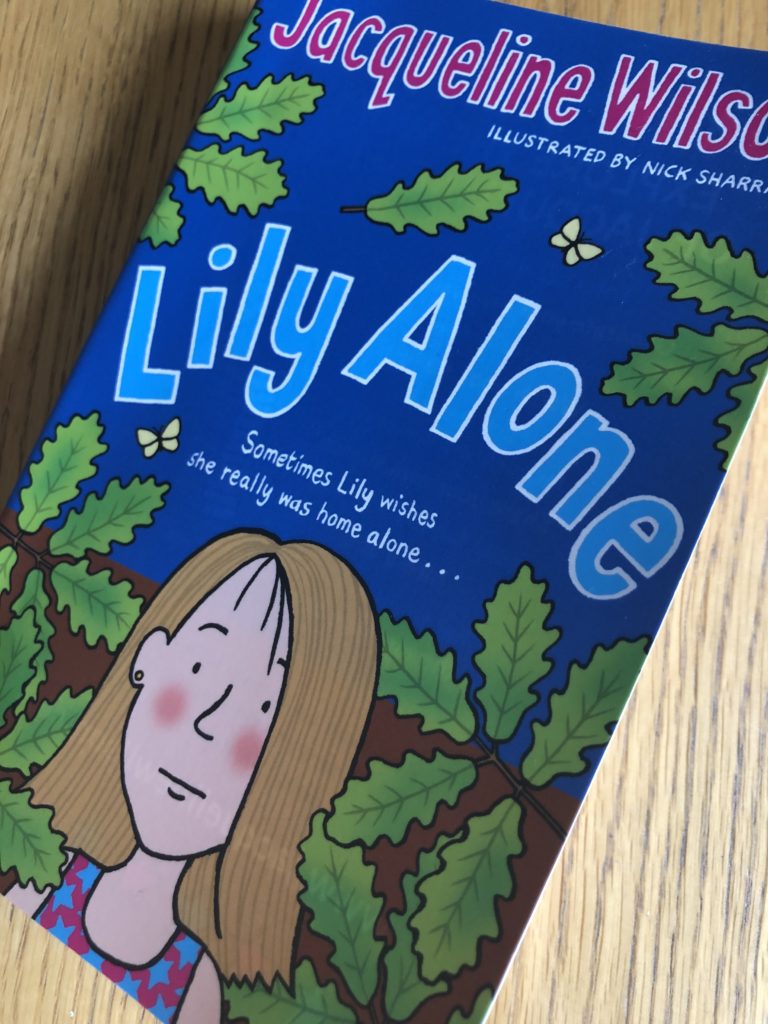