Bring Up the Bodies by Hilary Mantel

Home » Book Reviews » Bring Up the Bodies by Hilary Mantel

I haven’t shared any book reviews on the blog for a while, partly because it’s been Christmas and new year, but mainly because I haven’t read many books. After reading the brilliant Wolf Hall by Hilary Mantel, I planned to read a few easy thrillers before tackling the sequel, Booker Prize-winning Bring Up the Bodies. But as soon as I held that book in my hand, I knew I had to dive straight back into Tudor England and the world of Thomas Cromwell, with Bring Up the Bodies.

Thomas Cromwell is now Master Secretary, King Henry VIII’s chief minister. Having worked so hard to ensure Anne Boleyn could become Queen, the King is now having second thoughts. Anne Boleyn has failed to produce a male heir and she isn’t getting any younger. Plus there are rumours of her having affairs with a number of men, including her own brother. With his head turned by Jane Seymour, the King is ready for a new Queen.

But how can he get rid of Anne Boleyn?

Having put all of his efforts into getting Anne Boleyn to the throne, Thomas Cromwell must now work to undo all of it. He must follow up every rumour to pull together the evidence that the Queen had been unfaithful, rendering her marriage null and void.

Like its predecessor, Bring Up the Bodies is a brilliant read. Again, it is not 100% historically accurate, due to complex and conflicting evidence of Anne Boleyn’s last days, but it is a compelling and believable account. Cromwell comes across as a likeable and intelligent character, doing a difficult job in very difficult times.

As in Wolf Hall, there is a lot of discussion about sex – not sex scenes, but legal analysis of who had sex with whom – and even what sort of sex it was. Apparently at the time it was worse for a woman to seem to enjoy sex and take an active role in it than it was for her to have sex with her own brother. Who knew?

Bring Up the Bodies is a fair bit shorter than Wolf Hall, but still not an easy read. But if you enjoy a historical novel and you don’t steer away from literature, I would definitely recommend it. I’m looking forward to the final part of the trilogy, The Mirror & the Light, which will be published in March and charts Cromwell’s final days. 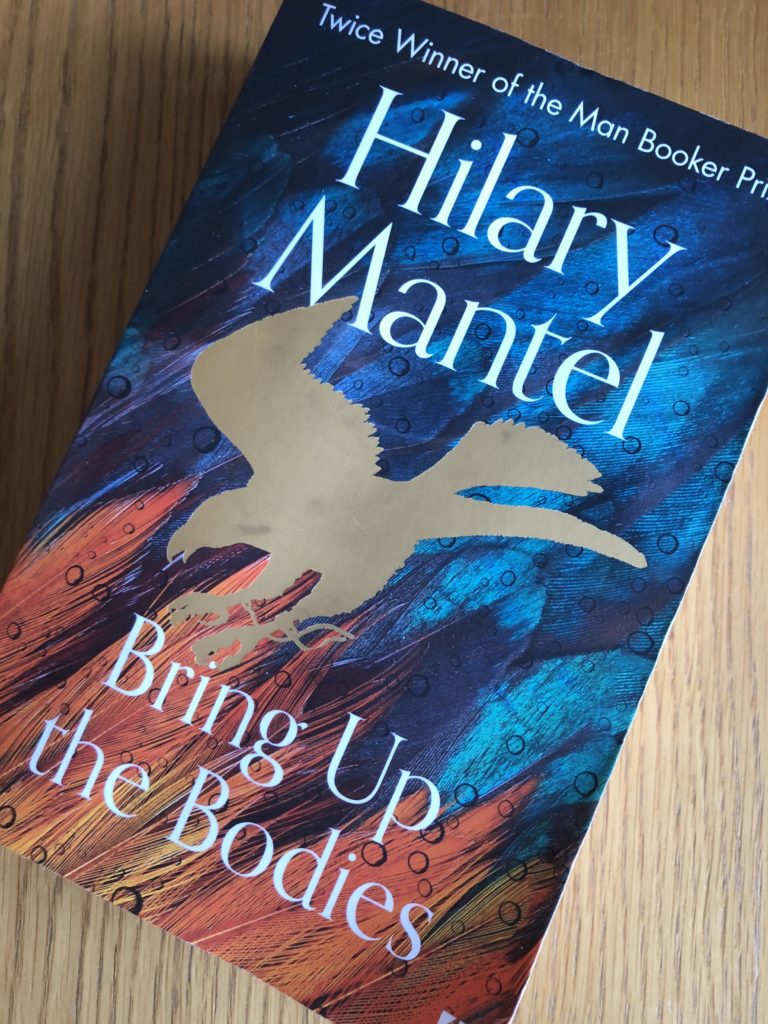