Greg Rutherford is something of a hero in our house. Because he is an Olympic long jump gold medallist and my son is a long jumper of course. Unexpected is actually my son’s book and the first book he has read for pleasure since Year 7 (he’s in Year 11 now). I wanted to read it too, because I was interested to find out more about Greg Rutherford’s career, but also to see how my son’s life could go if things work out for him in long jump.

Greg’s childhood was not what you might expect. Raised as a Jehovah’s Witness, his family didn’t celebrate Christmas or birthdays. His parents were very strict and he was smacked a lot, although in later years they became very supportive of his career. After such a strict upbringing, Greg started drinking at a young age and would even turn up to school drunk on occasions. He also indulged in some very risky teenage behaviour. Not the ideal start in life for an Olympic athlete, but Greg was always good at all sport and was determined to make it in sport – he just had to work out which one.

Greg Rutherford could probably have made Team GB in the 100m and spent some time as a child training with the academy of a Premiership football team, but in his teens he settled on long jump as his sport. His description of himself as a footballer reminded me a lot of my son. My son says he isn’t a good footballer (despite six goals in one game recently and being the current top scorer in the league) – he’s just fast and can get ahead of the opposition.

It was incredible to read about the huge number of injuries and illnesses Greg suffered throughout his career – often just days before a competition. It was amazing how he bounced back from them every time. His performance was often up and down and he took a lot of criticism, both from other athletes and on social media, for the bad days when he didn’t win.

In Unexpected, Greg is honest about the inequalities in the sport and how tough it can be financially to be an athlete. For me, this was a real eye-opener. There just isn’t the money in athletics that there is in a lot of sports (although there is a lot more than there used to be, thanks to lottery funding).

It is of course his descriptions of his wins (he simultaneously held the Olympic, European, World and Commonwealth titles), which are the most inspiring aspect of the book. If he hadn’t watched Jessica Ennis win the 800m to take heptathlon gold, would Super Saturday and his Olympic win ever even have happened?  The title of the book refers to the fact that he was something of a surprise winner in 2012, but his record since then proves it was anything but a fluke.

If you are interested in sport and its ups and downs, Unexpected is well worth a read. Greg Rutherford’s account of his life is warts and all, which makes it all the more inspiring. 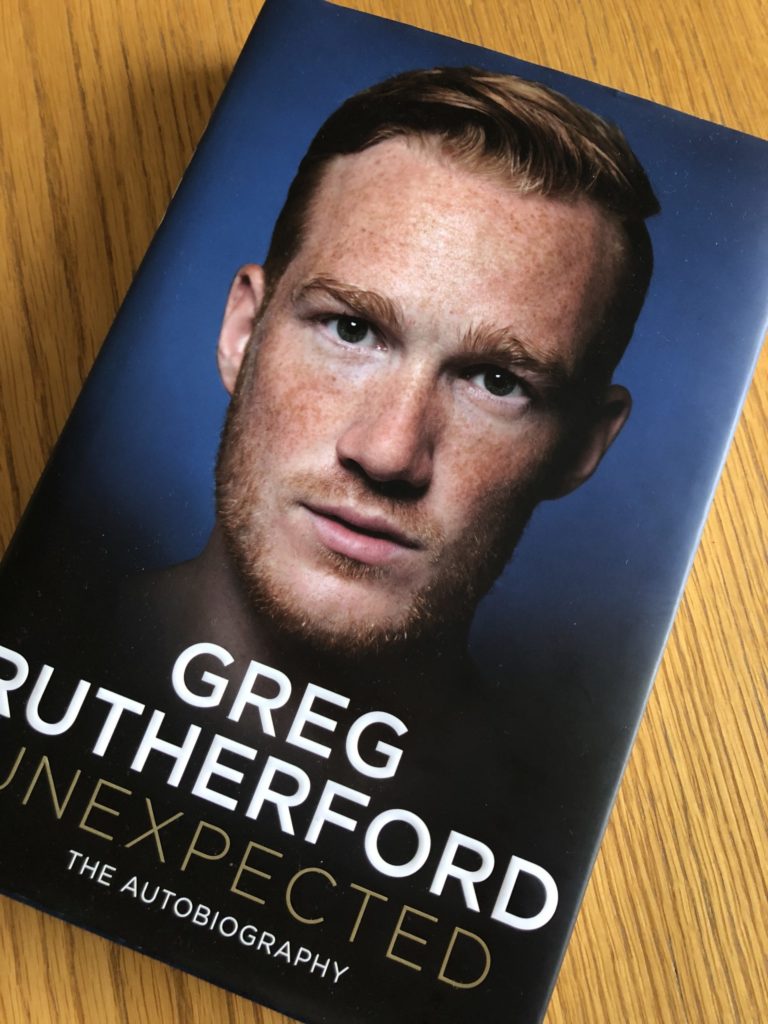