Christmas has been and gone and we are at the end of another year (my SIXTH of doing Project 365!).

Here’s our week (and a bit) in pictures…

Day 356 – Sunday 22nd December – regular readers will know we are not a crafty family in the slightest, but I’ve wanted to try my hand at a gingerbread house for a while. We got a kit from Ikea and my daughter, younger son, husband and I produced this between us. I was very pleased with our first effort. We might make one each next year! 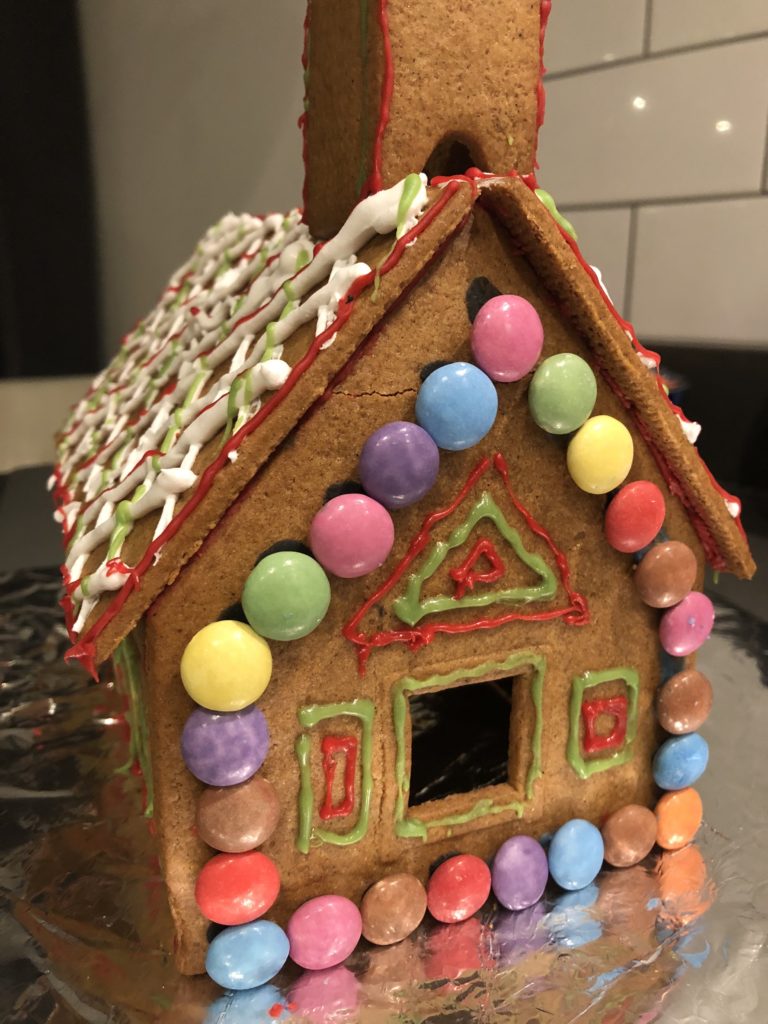 Day 357 – Monday 23rd December – we spent most of the day cleaning, because I didn’t want to do it tomorrow! Last year, we had quite a relaxing Christmas Eve, but I realise this year won’t be as relaxing because of panto and also because we’re hosting Christmas Day, so we have more work to do. The only photo I took was this screenshot from the parkrun website. My husband and I ran Stonehouse and Gloucester City parkruns on new year’s day this year and my daughter is keen to do it on new year’s day next week. I think we will do Stratford Park in Stroud, rather than Gloucester. 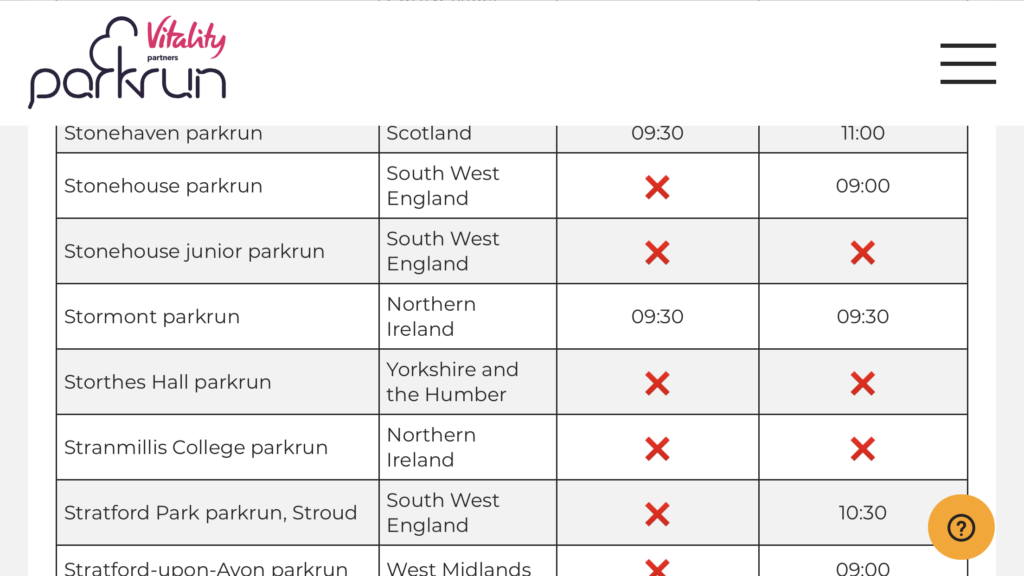 Day 358 – Tuesday 24th December – Christmas Eve! My daughter’s favourite day at panto. Remarkably, as there are two teams and they alternate performances, somehow she has ended up performing on Christmas Eve every single year. Being organised for tomorrow, we got the table ready in the evening. Day 359 – Wednesday 25th December – merry Christmas! We started the day with presents, followed by parkrun – with over 600 other people! My husband did a brilliant job of cooking Christmas dinner for eight people. In the afternoon, we called in on my sister and her family, including two rabbits that we DEFINITELY HADN’T SEEN BEFORE. Then we went to my mum’s for tea. It was a good, but tiring day. 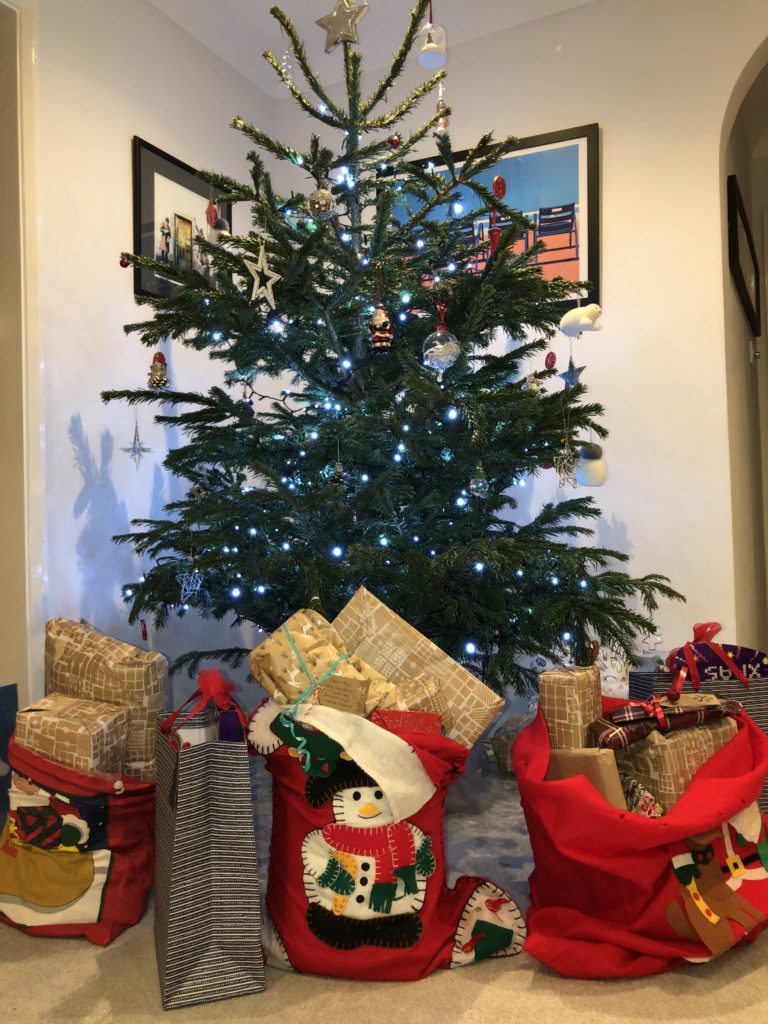 Day 360 – Thursday 26th December – on Boxing Day, we always try to take a trip to London, just the five of us. We set off early so we could get a full day there. We went up The Shard, which is something I’ve wanted to do for a long time. Unfortunately the views weren’t great, but you can just see Tower Bridge in this photo. Regular readers will know I love nothing more than a sculpture trail, so I was very pleased that the Walking with The Snowman trail was taking place very close to The Shard. We tracked down all 12 of them in the pouring rain. You can see photos of The Snowman on my Instagram. 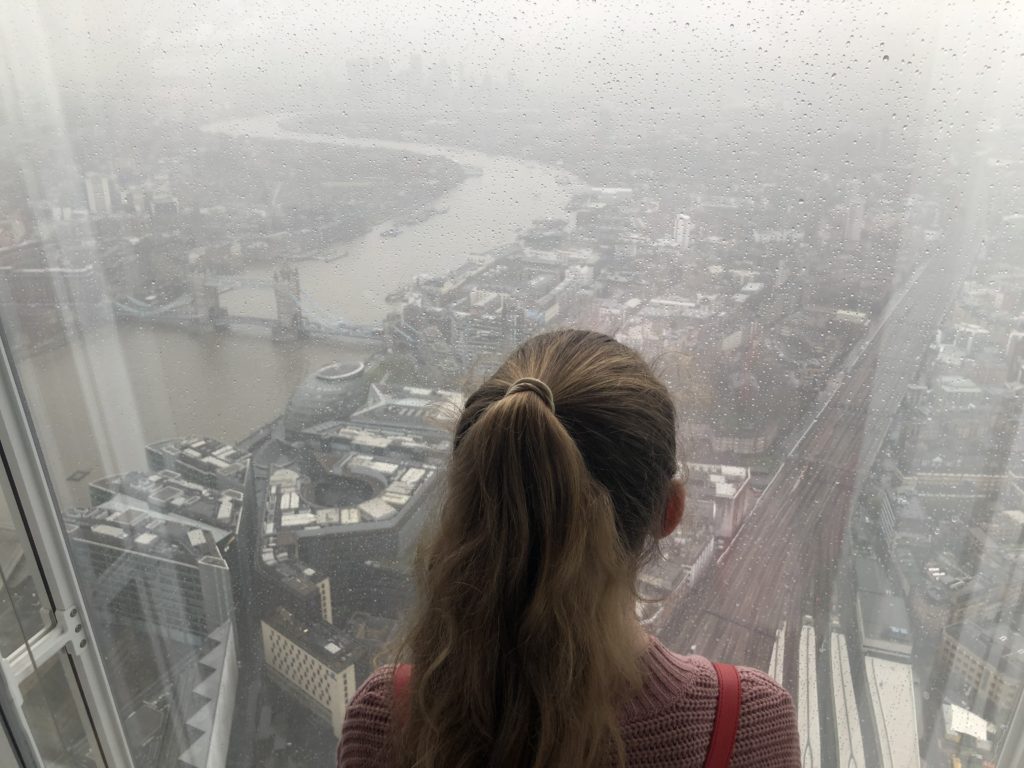 Day 361 – Friday 27th December – back to panto for my daughter and a fairly peaceful day for the rest of us. Called in to see my niece for her birthday. 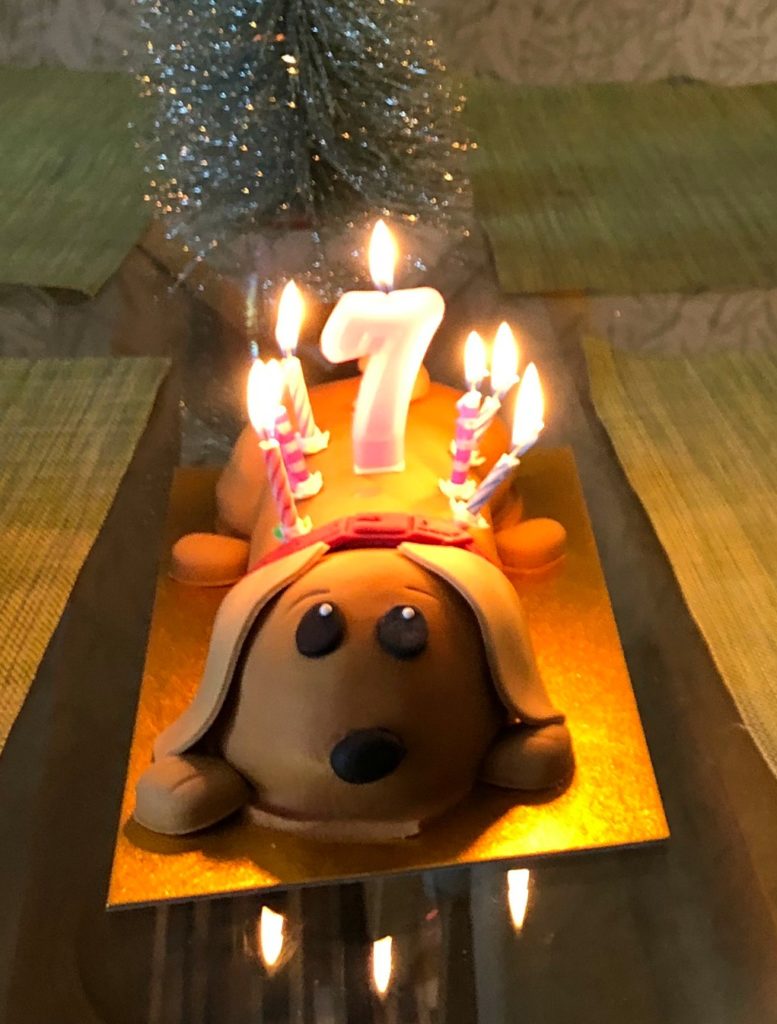 Day 362 – Saturday 28th December – my eldest went away to Germany for the weekend on his own. He was supposed to go with his girlfriend, but sadly they split up a few weeks ago. My husband went away to see his old friends in Cheshire. It was just me and my dad for parkrun today. 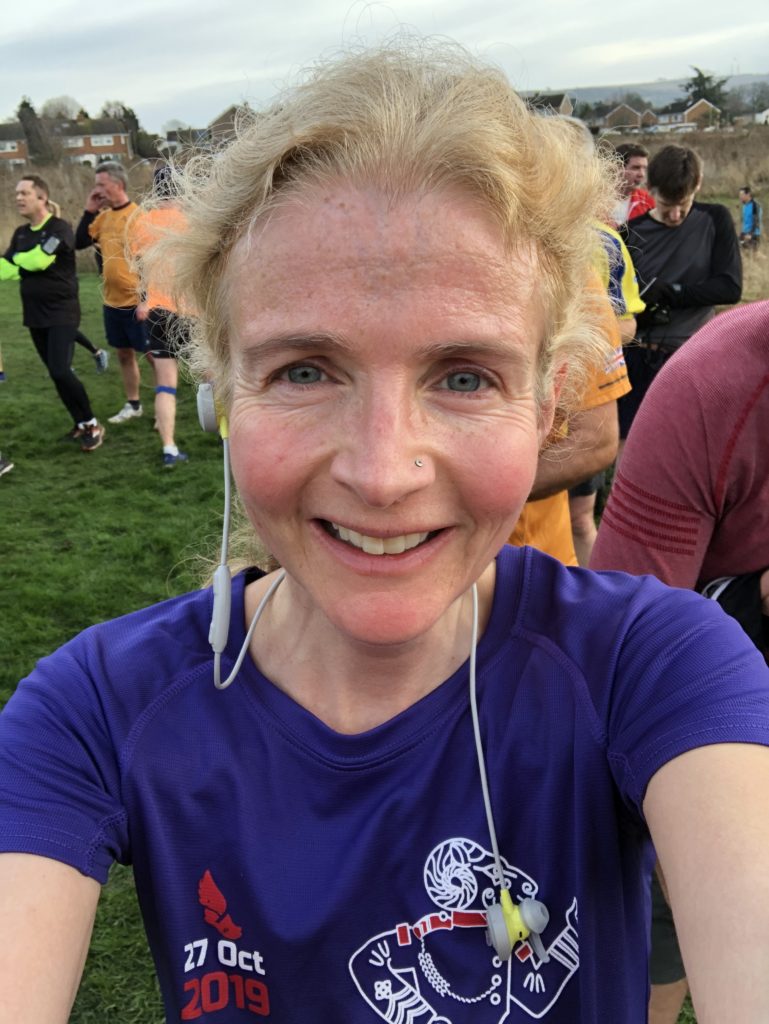 Day 363 – Sunday 29th December – we went to see my daughter in panto with my parents and my sister and her family. It was the first time my sister and brother-in-law had seen it. The panto just gets better and better. A lot has changed since opening night! Apart from a photo of my niece on stage, the only photo I took today was of my window for Instagram stories. 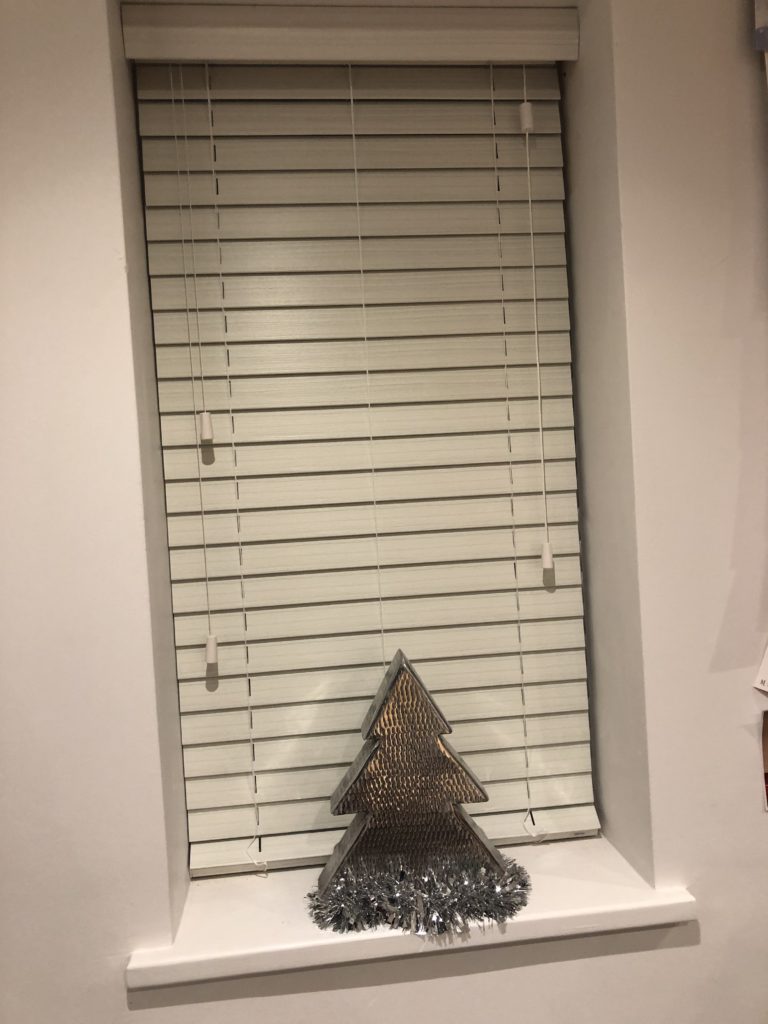 Day 364 – Monday 30th December – my son came home from his travels in the evening. He’d had a good time. I’m not sure whether he will doing any more solo travel. My mother-in-law, sister-in-law and two small nephews (aged 2 and 7) came to visit, ready to go and see the panto tomorrow. The nephews adore my daughter. Here’s the biggest nephew in the park with his cousin. Day 365 – Tuesday 31st December – we went to see the panto again (my fifth time, the third time for my husband and younger son and second time for my eldest!). I completed a year of running – that’s the most miles I’ve ever done in a year by some distance. 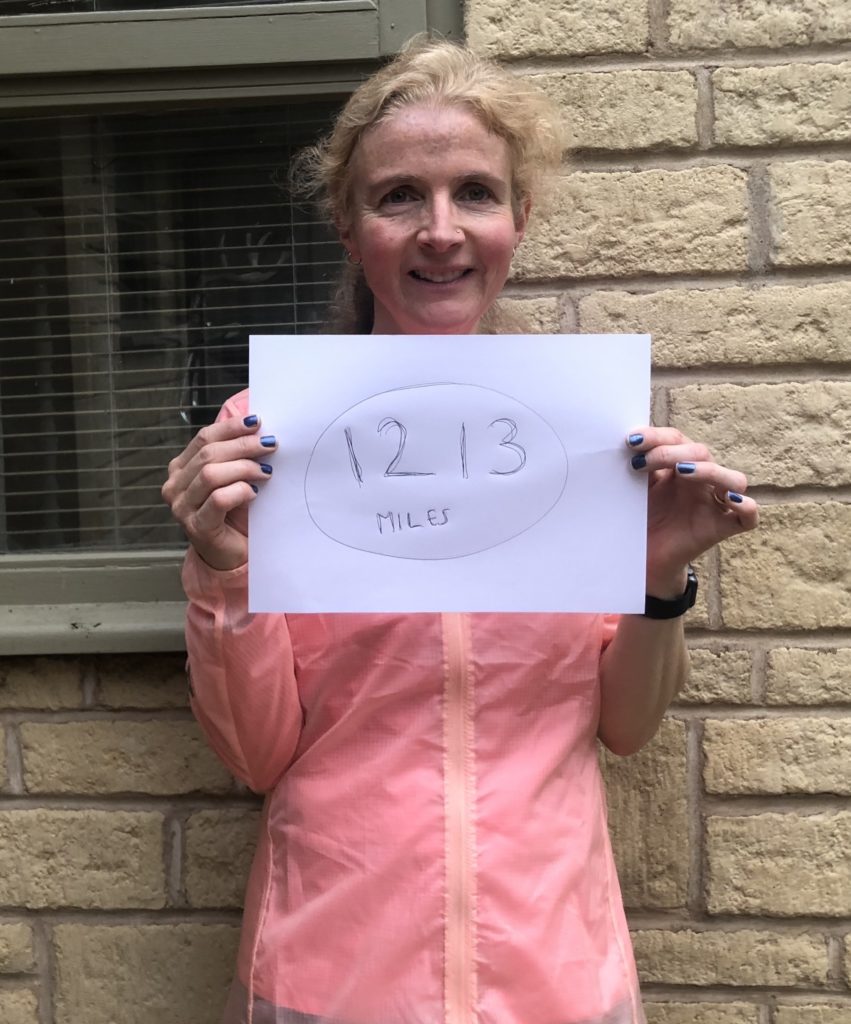