Panto chorus: Being on the other side

Home » Family » Panto chorus: Being on the other side

I’ve had less excited chatter from my daughter about panto this year. I suppose it’s to be expected. She’s 13 and in year 9. This is her fourth professional panto and she’s four years older than when she first did it. I feel I know less about the girls on the chorus than usual. So I asked her, are they still a nice group of girls?

Oh yes! They’re definitely a better team than her team from three years ago. But they’re not as good as the team from two years ago (the last time she did the professional panto). That was the best team. She misses that team. She spoke to the other girls who were on that chorus (sadly not on her team this year), and they miss that team too.

But things are different now. She’s on the other side. She’s the one who has to make the fun.

On the panto chorus, there is a long tradition of making fun. The girls have a lot of time to kill – before the show, between the shows (they do two performances a day) and during their long tech rehearsals just before the show opens. They’re not allowed their phones (safeguarding!), so they have to make their own entertainment, like the old days.

They make up games – word games, guessing games, hiding each other’s stuff… (going to the toilet is always a dangerous thing to do). Of course, being dancers, they make up a lot of dances. They make up silly songs too. Previous classics have included Marshmallow and Shuttlecock. The longer they spend together, the more creative they get, the sillier they get and the more fun they have.

We are now over three weeks in and performance days are coming thick and fast. Panto is every two days, with two shows a day. The girls in the chorus are seeing as much of each other as they see of their own families. For these few weeks, they become a little family. And everyone has a role in that family.

My daughter started out as ‘little one’. The cute one that everyone likes and everyone is kind too. She looked up to the big girls and was in awe of them. The little girls rely on the big girls to make up the games and the songs, and the big girls always seemed happy to do it.

My daughter had two years of being little, followed by a year of being in between. By her third year, there were four kids younger than her, although she was still closer in age to the little ones than the big ones. That year, there were two year 11s and she was year 7.

But now, at only 13, my daughter is the big girl. She has the responsibility of making up the games, making the younger ones laugh and keeping the spirits up.

Now she understands why previous big girls have sometimes said ‘Why me? I can’t think of anything!’ when the younger ones have demanded to know what they were doing next.

Those little girls are in awe of her, just as she was in awe four years ago, and she has to be the one to think of something to entertain them. She’s enjoying it, but she says it’s very different on the other side. 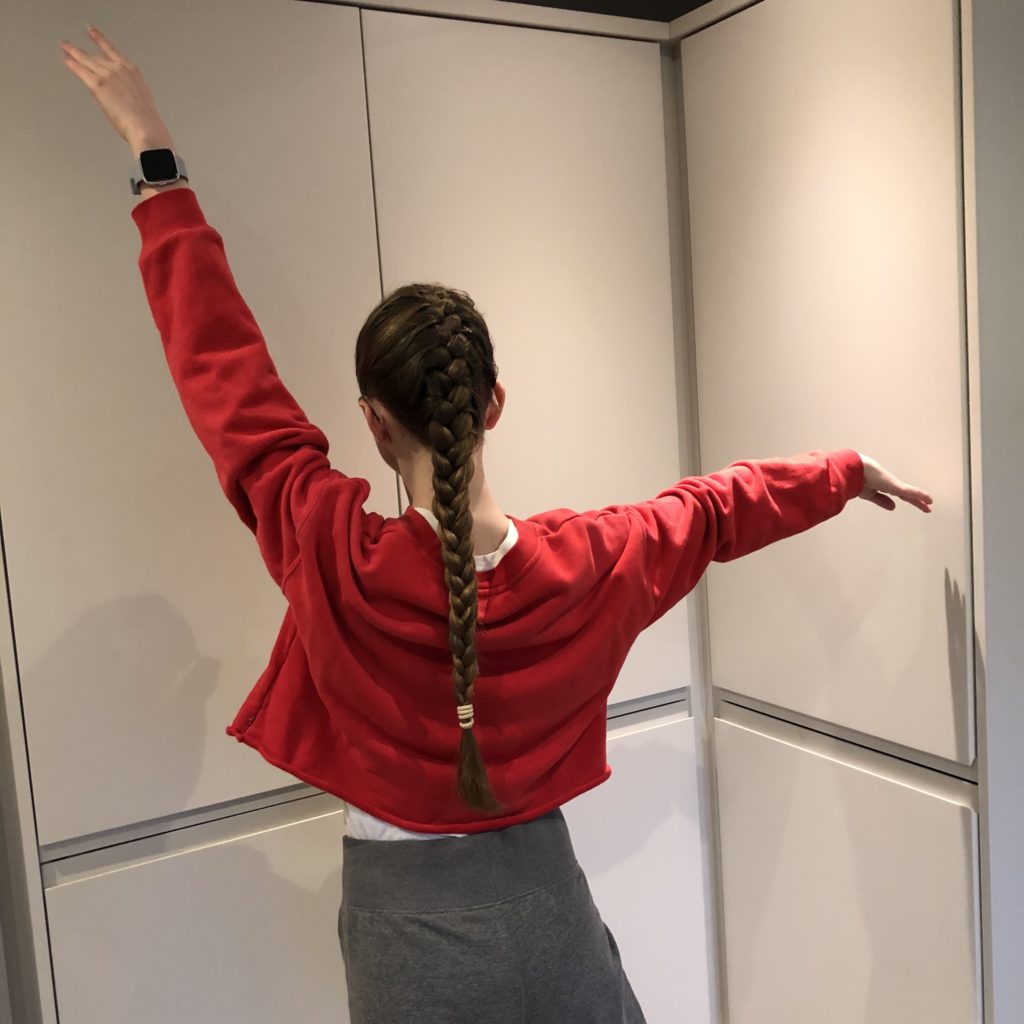 In case you were wondering, they do have a chaperone whose job it is to look after them all. My daughter doesn’t have responsibility for actually looking after a load of 9 and 10 year olds.