We’ve all enjoyed the Cheltenham Literature Festival and my daughter has been having a tough time at school.

Day 279 – Sunday 6th October – we started the day with a 10 mile run, which my husband found quite hard as he is still suffering a bit from Cheltenham half marathon. In the afternoon, I went to two events at Cheltenham Literature Festival, one on my own and and one with my daughter. I went to see the authors of The Flat Share and Something to Live For (which is the book I’ve just started reading). My daughter and I went to see authors of historical novels. We’ve read a couple of them and enjoyed them, and she got a new book to read next.

My son played his first football match since his accident, and scored a goal. 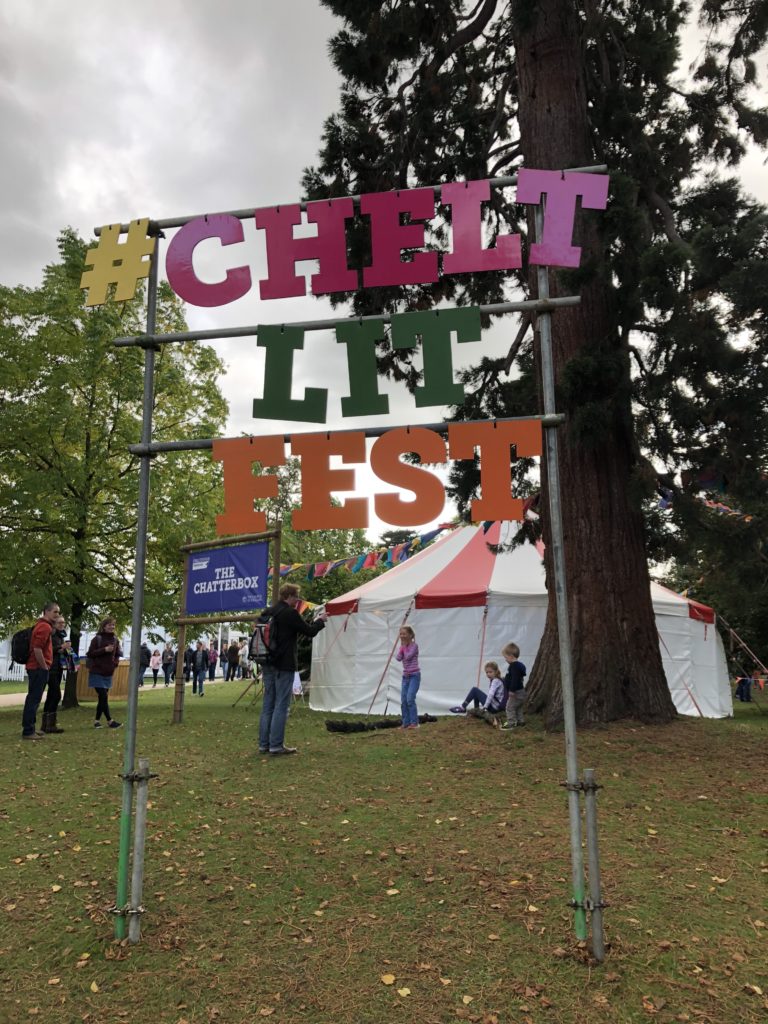 Day 280 – Monday 7th October – I’m always saying I wish I could see friends in the daytime, but it’s hard with my freelance work. Today I sneaked out for lunch with my friend Emma aka Crazy With Twins, which was definitely a good thing to do! 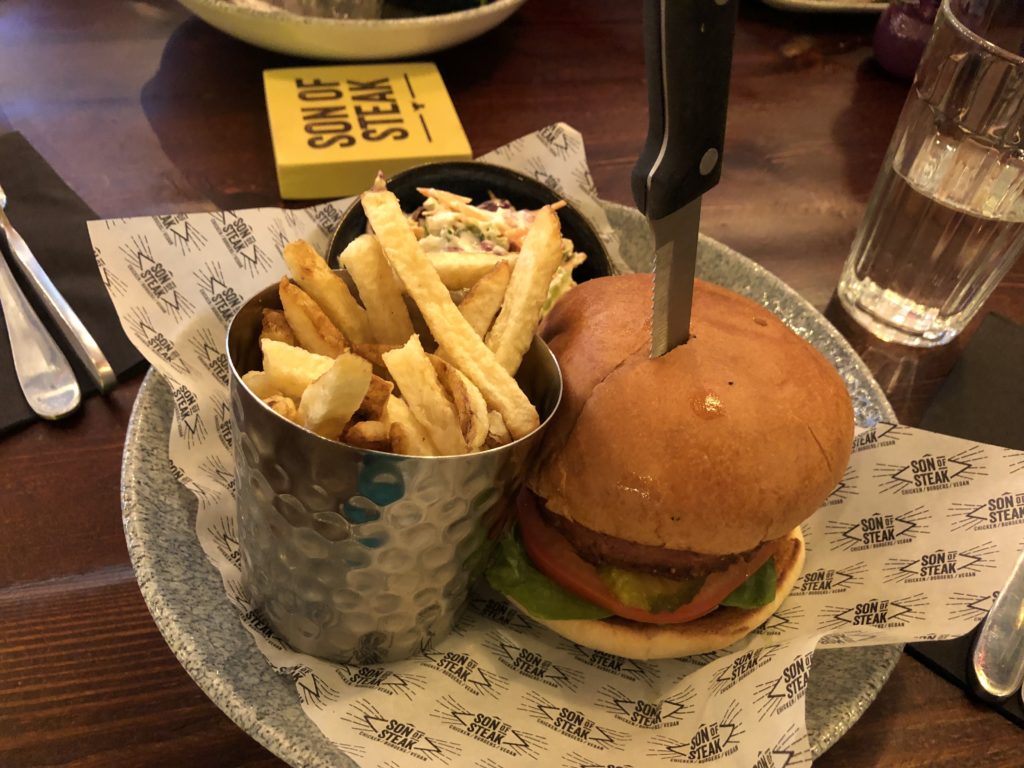 Day 281 – Tuesday 8th October – back to Cheltenham Literature Festival and it was the one we’ve all been waiting for! Kerry and Kurtan aka Daisy May and Charlie Cooper from This Country. They wrote and starred in the series, now they’ve written a book to accompany it. They were just as funny in real life as they are on TV and were very happy to pose for photos with the HUGE number of fans who queued to see them afterwards. We all had to have individual photos, because my kids wouldn’t let me or their siblings ruin their photos! 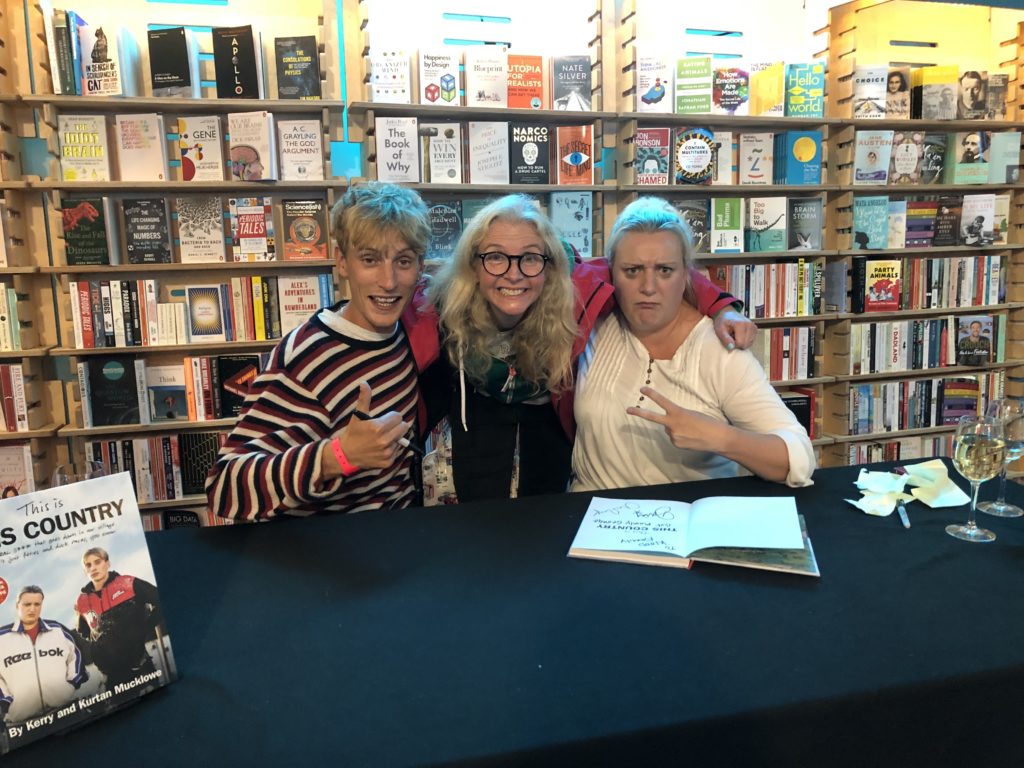 Day 282 – Wednesday 9th October – my daughter came home from school in tears over friendship issues. We’re obviously very lucky that she has made it to Year 9 without these problems before, but I felt heartbroken for her.

I know we all think our kids are nice, but my daughter is SO NICE. She hasn’t got a bad bone in her body and she doesn’t deserve this. She has a heart of gold, is always kind and thoughtful and is liked by so many people. I just don’t understand why this has happened.

The only photo I took was for tomorrow’s Throwback Thursday on Instagram. This photo was taken in around 1995 when I was 21. You can just see me at the back with my husband. My sister would have been aged about 12 (yes, she is very tall) and that’s my dad in the hilarious baggy jeans (aged around 50) and my grandparents. 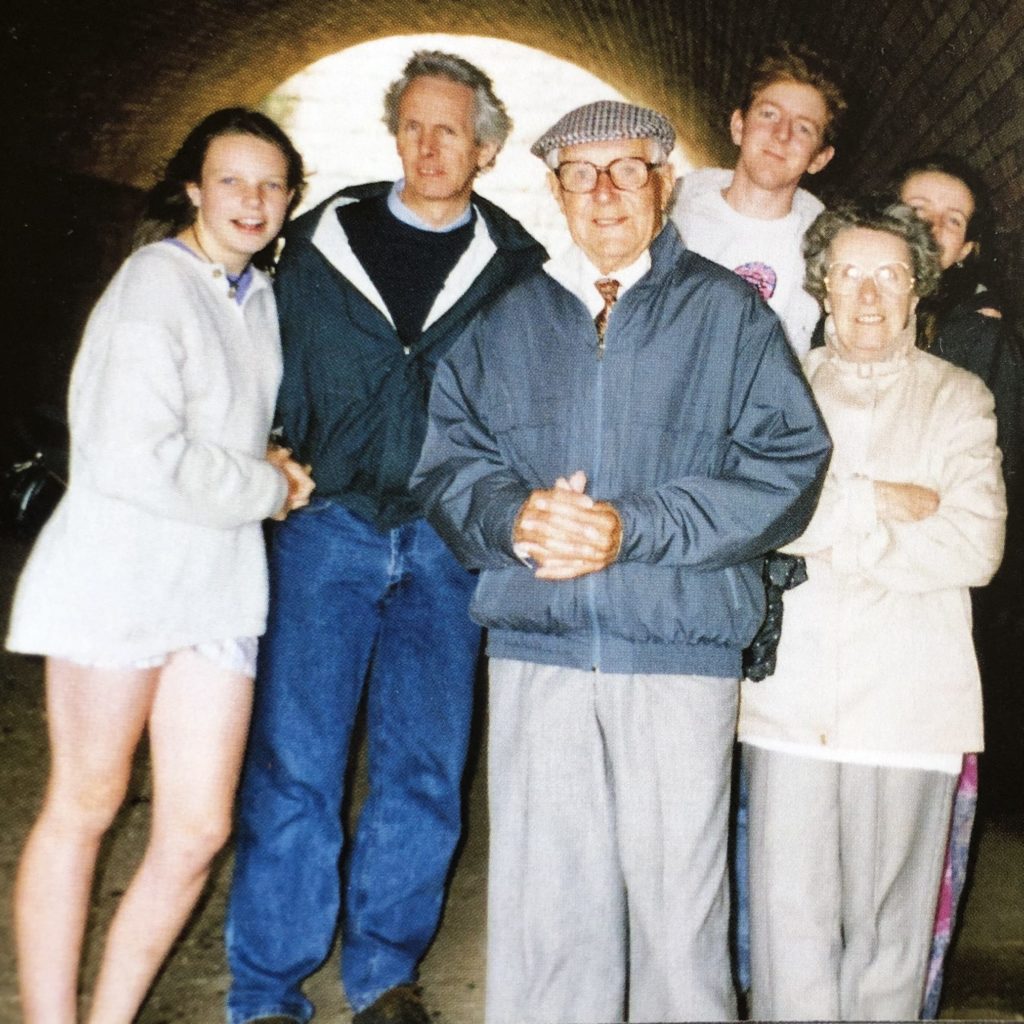 Day 283 – Thursday 10th October – the friendship issues are continuing and my daughter came home in tears again. I am so upset and angry for her.

In the evening, my husband, eldest and I went to our final event at the literature festival – Louis Theroux. Apparently the event sold out really quickly, which isn’t surprising as he is so interesting to listen to. 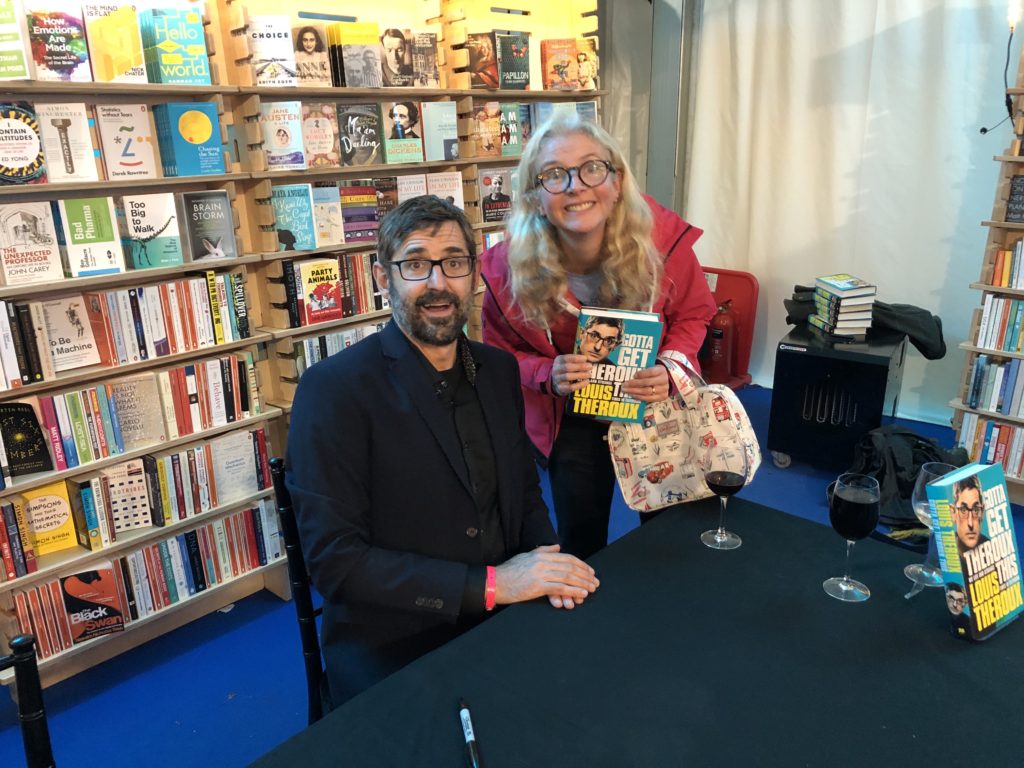 Day 284 – Friday 11th October – another tough day for my daughter at school, with lots of heartbreaking texts. I went to pick her up at the end of the day (she usually gets the bus) and we ended up having a long meeting with her teacher. The teacher has promised to sort a few things out and we both felt a bit better after that.

The only photo I took was my window for Instagram stories – it was even my least favourite window (I use four different ones). 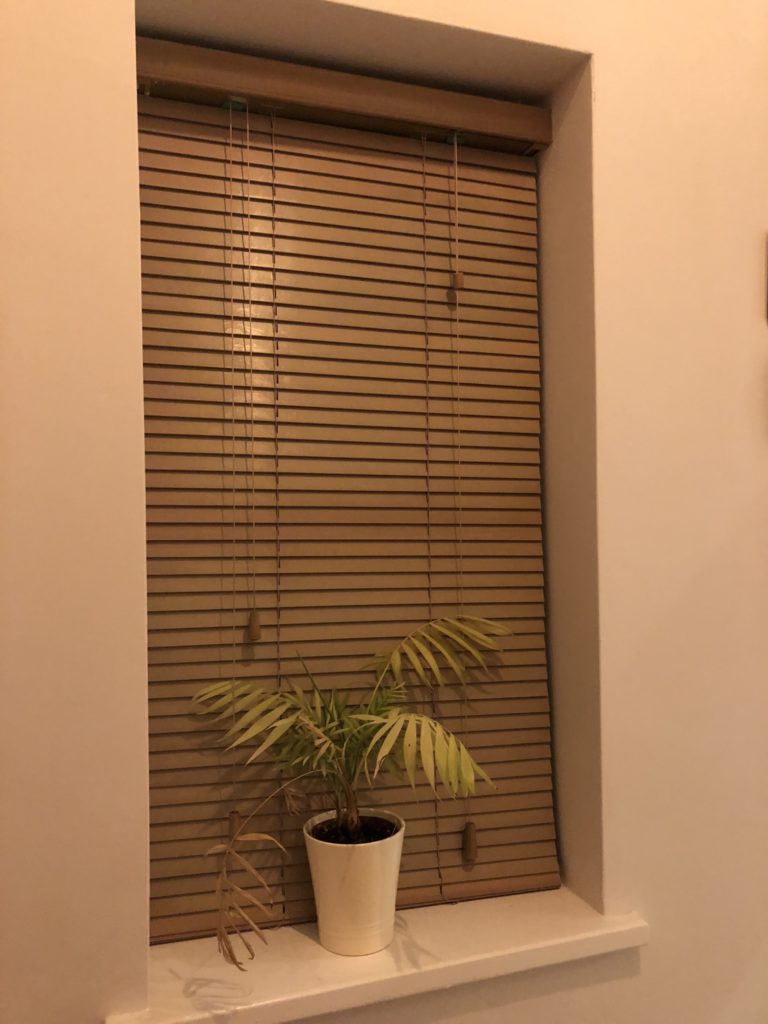 Day 285 – Saturday 12th October – this is the photo I didn’t get last week – my daughter in her 100th parkrun milestone T-shirt. There was no risk of her feeling faint today, as she ran very slowly, talking to a very kind and supportive friend. It was just the girls at our local parkrun today – me, my daughter and my sister. My son is being careful not to overdo it now he’s back doing sport, my husband ran a different parkrun, plus my dad and brother-in-law didn’t run either. 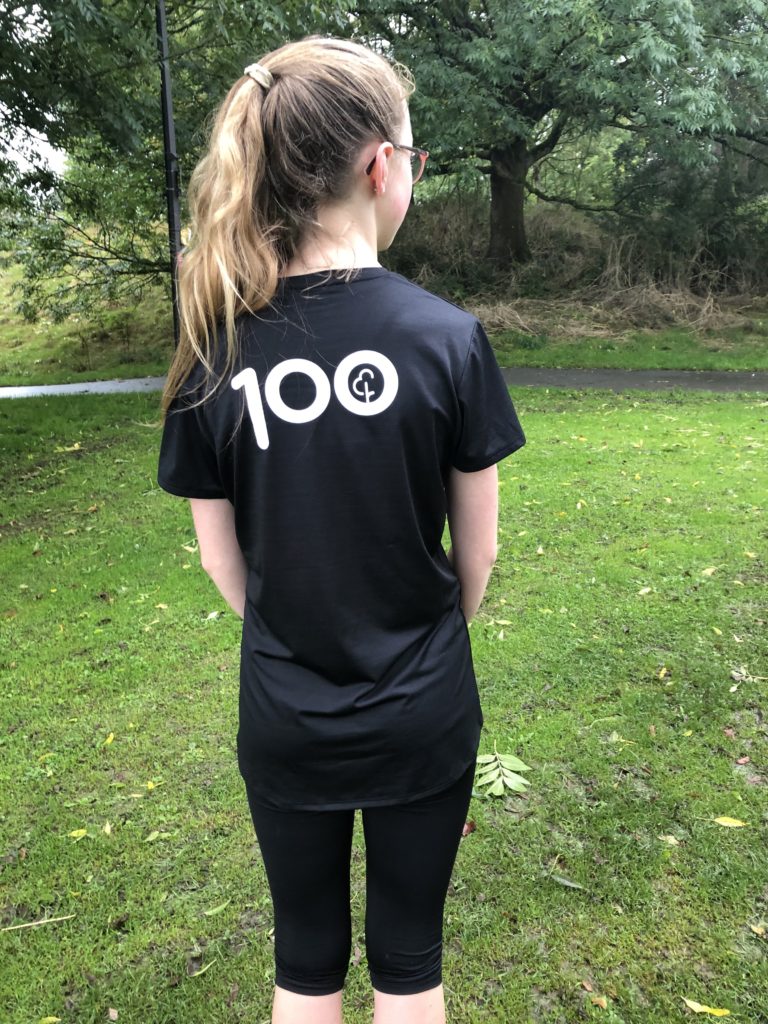