Teenagers and swearing – the rights and wrongs

Home » Family » Teenagers and swearing – the rights and wrongs

I have a confession to make. I like swearing.

Swearing is a great way to let off steam and it can be quite creative (the uses of the word ‘b*llocks’ are almost infinite). And, used sparingly, a well timed ‘F•ck off’ can be very effective if someone is hassling you and doesn’t know when to stop.

But I can switch my swearing on and off. I don’t swear in front of the kids and never have. I hate to hear adults swearing in front of small children – or, worse, actually swearing AT them (because there is definitely a difference).

I grew up with parents who said ‘bloody’ and ‘bugger’ a lot and I have it on good authority that ‘bugger’ was one of my first words. So I started as I meant to go on. But my parents would NEVER have said the ‘f’ word.

When I was 7, I used to talk to these 13 year old girls who hung round the village (remember those days, when kids just hung around outside?!). They used the ‘f’ word continually. I didn’t know how bad it was, so I started saying it. Then I said it in front of my mum. Put it this way, the telling off I got that day was enough to terrify me out of saying that word again until I was 17.

But from my early teens onwards, mild swearing at home was accepted. In fact, any swearing apart from the ‘f’ word and the ‘c’ word (which I have not uttered to this day and never will). So we said ‘sh*t’ and ‘boll*cks’ and ‘bast*rd’ to our hearts’ content, all with my parents’ consent.

But my own kids are teenagers now and swearing still isn’t really a thing in our house. Not that I’m saying it should be a thing, but it is definitely something to consider. As parents, we all have what we consider to be acceptable behaviour and swearing (or not swearing) is a part of that.

Now the kids are older, I say ‘bloody’ and ‘bugger’ at home. Not a lot, but I do say them. I don’t say anything worse.

I am aware that my eldest uses the ‘f’ word outside the house, because my daughter has told me he does! That’s fine with me. He’s an adult and it’s his choice, as long as he doesn’t offend anyone. I don’t want to hear him say it at home though. I don’t know if my younger son says it and I’m 99.99% certain my daughter doesn’t say it.

At home recently, they have been known to use words like ‘prick’, ‘dickhead’ and ‘arsehole’ – usually at each other in anger – and sometimes when describing each other. I let that sort of thing go. I think they are old enough to use that language.

I know they have friends who tell their parents to ‘f*ck off’ and their parents will say it back to them. That doesn’t sit well with me and I couldn’t imagine saying it to my kids in either anger or jest. But we all make our own choices about what is acceptable.

Do you let your kids swear at home?

This post was inspired by my friend Natalie aka Plutonium Sox and this post about her 7-year-old. 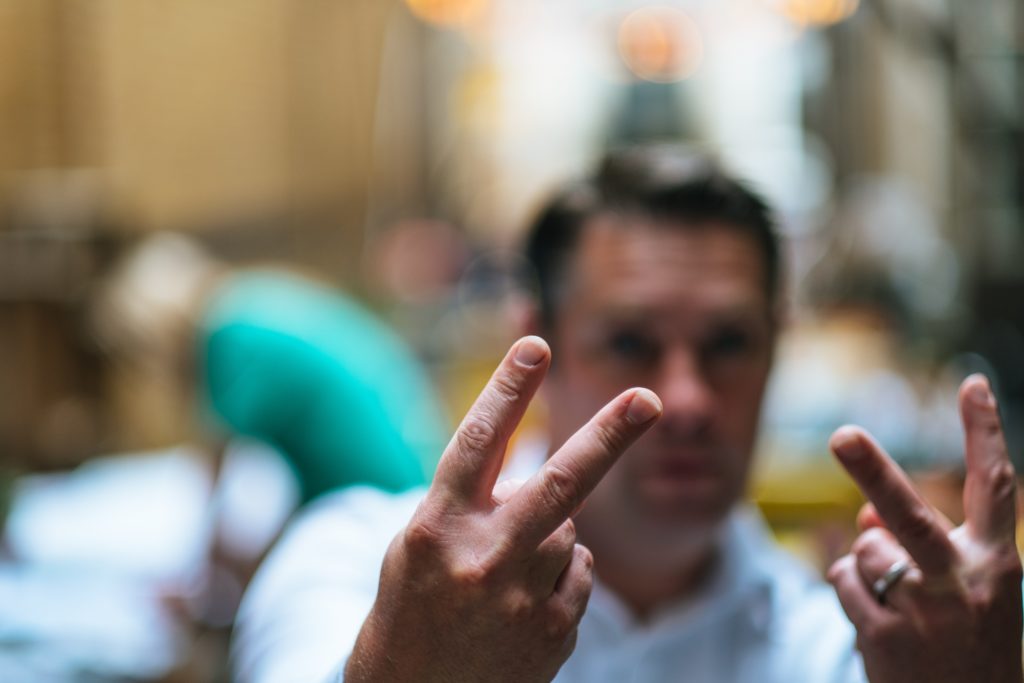 Photo by Harry Grout on Unsplash