Return to the panto auditions

My daughter and her friends were left heartbroken after it was decided that the theatre would no longer hold open auditions for the panto. Instead, the theatre was going to get their chorus members from two local dance schools. Unfortunately my daughter doesn’t go to either of the dance schools.

So we looked around for an amateur panto and she enjoyed that experience, but it wasn’t quite the same. She wanted to go back to ‘her’ panto.

The word on the street, even at the rehearsal phase, was that things weren’t going well. The director of the show was apparently not happy with the chorus members he’d been given. The rumour was that they weren’t very good at all. Which is ironic, considering the whole point was supposed to be that they would be better than usual.

I’d resigned myself to the theatre working for with local dance schools forever, but this gossip sounded promising. Maybe they would go back to the old way?

I wrote a couple of angry letters trying to persuade them (and I think most of the other mums did too) to change their minds, if not for last year, but for the future. I’m not sure if the letters had any effect. I think the fact that it hadn’t worked out right was all the persuasion that was needed.

During the spring of this year, we heard that the theatre would be going back to open auditions!

Sadly, a lot of kids were lost along the way, including my daughter’s two best panto friends. Every year, a few kids leave as they get to year 11, but a lot more left after a year with no panto.

There was going to be a new choreographer and no guarantee of being picked because she had been in it before, my daughter needed to put on her game face. My daughter always has her game face on when it comes to auditions. There was no way she wasn’t going to get into that panto!

After the theatre let her down, I had boycotted it, not just for panto, but for all the shows it puts on. But as I walked back in, and we saw her chaperone, who was so pleased to see her back, it felt like coming home. I was ready to let the theatre back into my life and my heart, if they would let my daughter back into theirs. I love that theatre and that’s why it hurt so much when they did what they did.

We arrived very early. So early, that she got the number one to pin onto her leotard. Her last remaining panto friend was number two. There were actually only three other girls she had worked with before who auditioned. In the past, it would usually be 10 or 12. When she did her first panto, my daughter was the second smallest. In 2019, she was the tallest and more or less the oldest (although they will take kids up to 16). 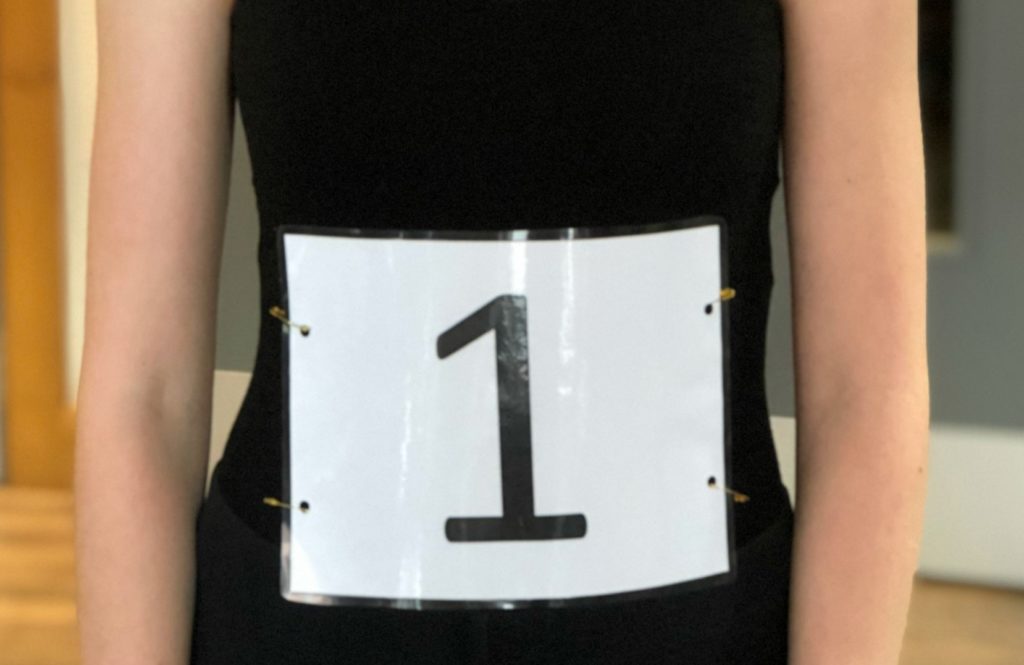 There were surprisingly few kids there – hardly enough to fill two choruses. I knew how this would work. After an hour, they would release the kids who hadn’t made it. A few minutes later, they would release some ‘reserves’. The chosen kids would come out after about two hours, knowing which team they were in and who they would be working with.

Two and three quarter hours we waited. TWO AND THREE QUARTER HOURS. Then everyone came out at once. They didn’t have quite enough kids, but some of them still wouldn’t get in. They would email all the parents the next day to let them know if their child was in.

But my daughter knew she was in. They had auditioned six of them for an additional role (one for each team) and all of the kids who had auditioned for that role were in for sure. My daughter said they laughed out loud at her audition and when she showed me what she had done, I thought she was absolutely brilliant. There is no doubt in my mind that she had nailed it. And there is no doubt in her mind that she wanted that part. The only thing standing in her way was her size. She was by far the tallest who auditioned and the role will be opposite an actor who is a similar height to her. It was going to be a long wait for the email the following day.

Sadly, my daughter didn’t get the extra part. We had a lovely email which said that her performance skills were ‘wonderful’, but the director had a particular character in mind. I suspect he had a particular SIZE in mind – and it was smaller than my daughter. It’s a shame because it feels like her size always lets her down. Two years ago, everyone taller than her got the chance to audition for the extra role and now she is too tall for it!

But my daughter will bring her wonderful performance skills to the chorus instead. She is excited about the new choreographer and a new style of dance and was pleased that the director recognised her from previous years – and recognised her talent as potential for the extra role.

I am so glad my daughter is in panto again. The world is a better place with panto in it. Oh yes it is!

Now we just have to wait a couple of months for rehearsals to start.