Back to normal after our holiday, with work, cooler weather and endless driving the kids round.

Day 216 – Sunday 4th August – I felt very tired all day, still recovering from getting home from holiday. After taking so many beautiful photos in Nice (you can see some of them on Instagram), the only one I took was of the flowers in the garden. Look how tall one of them is! 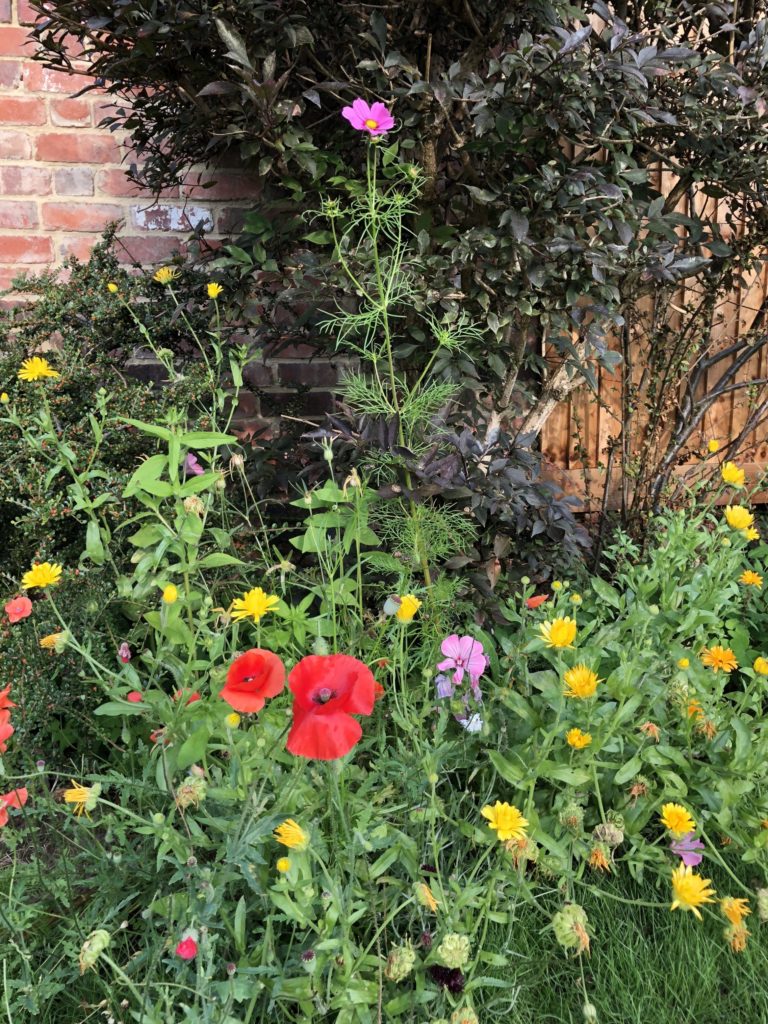 Day 217 – Monday 5th August – back to reality. I’ve got some new work to do, which is good. I had to take my daughter to get new school uniform, which wasn’t a lot of fun. Spent £117 on a blazer, a skirt, two blouses and a PE hoodie. Took this photo of Gloucester Cathedral on the way back to the car. 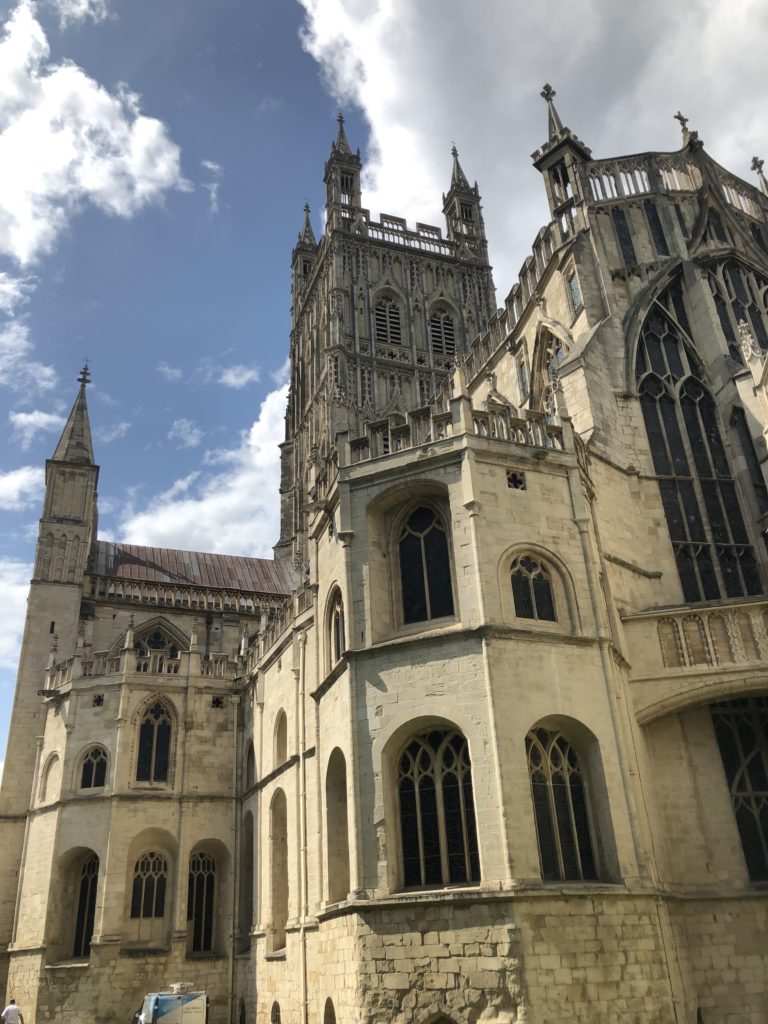 Day 218 – Tuesday 6th August – my new piece of work is keeping me busy. I had to take my son to town in the afternoon to pick up his glasses and I finally ordered my new ones. They’re expensive and I’ve been trying to find a way round it, but realise I just have to bite the bullet.

This came in the post. It annoys me. My entire family (apart from me) are Man Utd members, so they can get to at least one game per season. Being a member means you get all this crap in the post. They don’t want any of it. It is so environmentally unfriendly. I don’t know why you can’t have the option to pay a lower rate and not get all the stuff. (They do give it to charity, we would never throw anything away.) 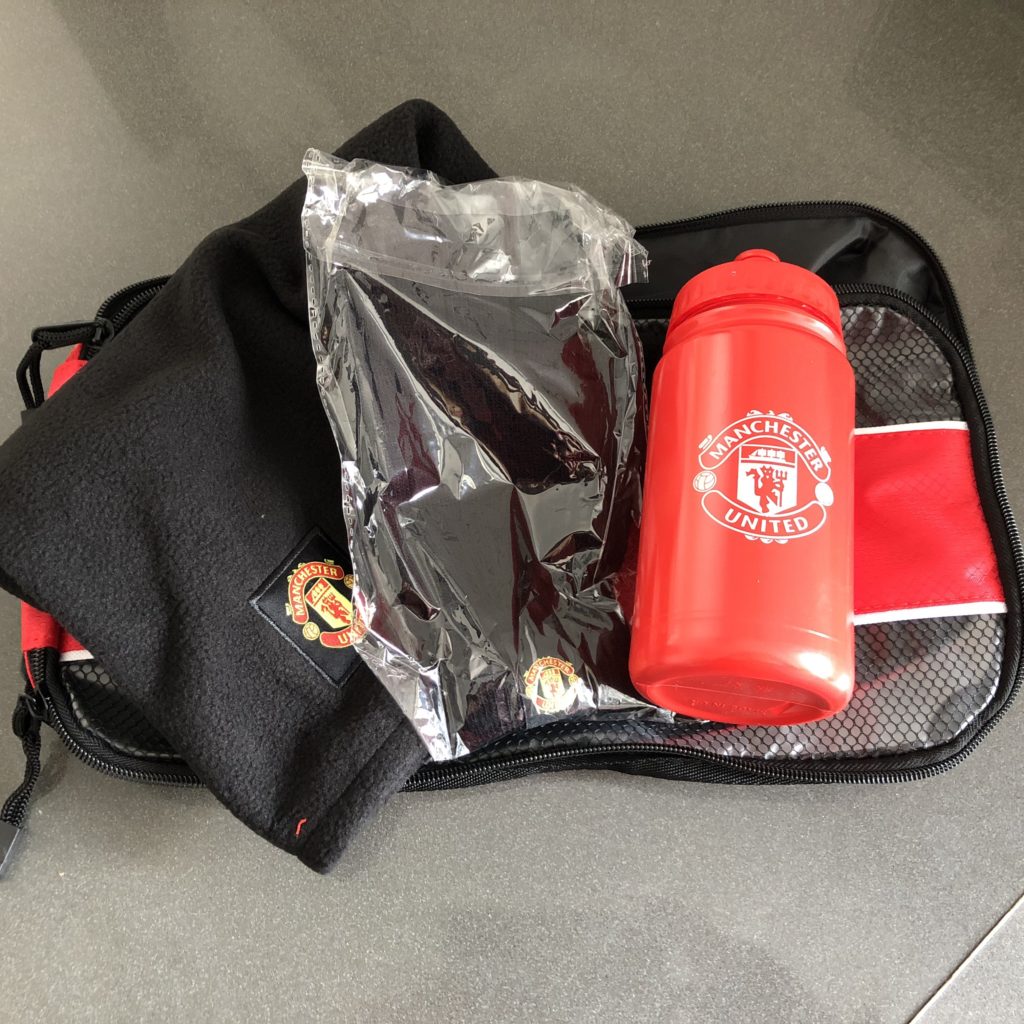 Day 219 – Wednesday 7th August – I’ve been trying to get the boys to help me out a bit more while I’ve been working. I have never done this before. Both of them have walked to the supermarket for me this week. I’ve also got my eldest to give my daughter a lift and to get the recycling boxes in. They are still incapable of clearing their own breakfast and lunch things away properly. But I didn’t take a photo of those – these are flowers in the garden which are definitely late summer flowers! 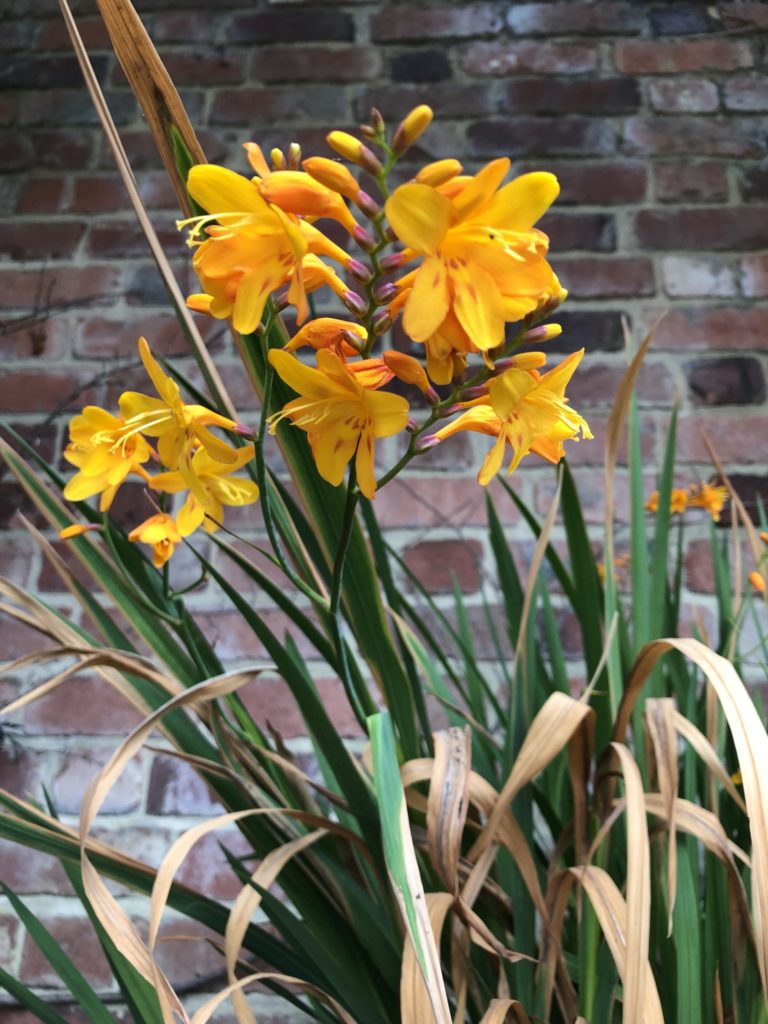 Day 220 – Thursday 8th August – another day of work. This cardboard tube is Wilfred’s favourite place to sit (he’s the short haired one). Unfortunately for Wilfred, Cedric thought he would like to join him in the tube! A few seconds after this was taken, I noticed that Wilfred’s nose was running and panicked. I was straight on the phone to the vet. He’s eating and drinking, so they’re not too worried and he has an appointment for Saturday. 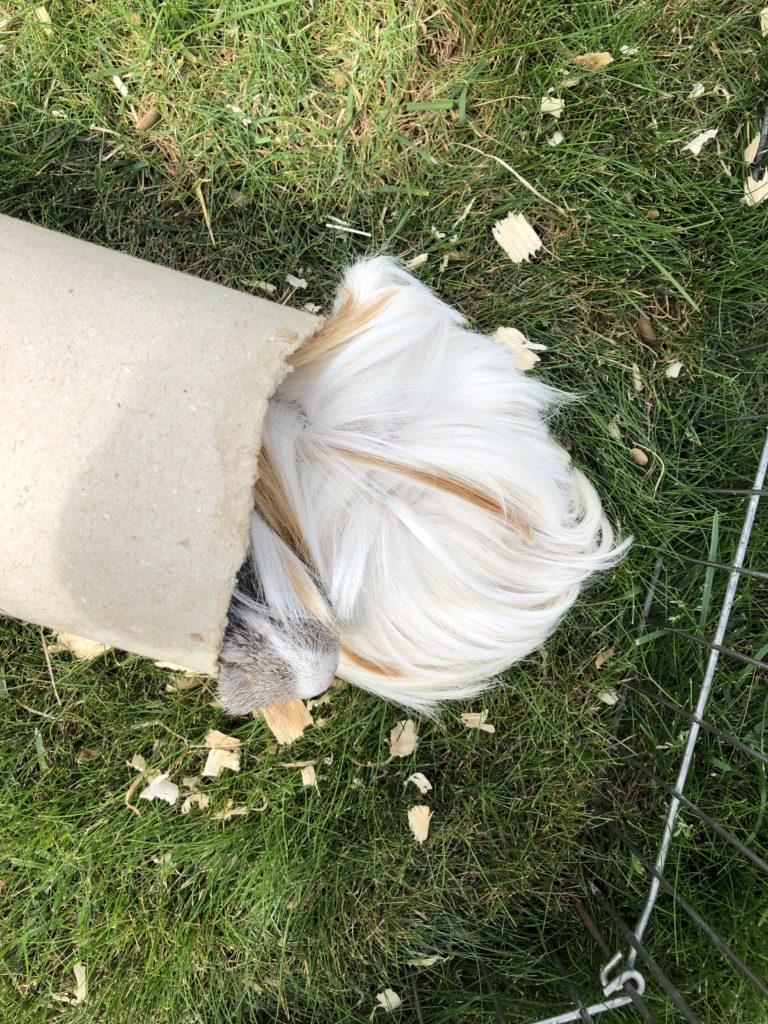 Day 221 – Friday 9th August – my son had his second physio appointment and has made good progress. He is now allowed to do some gentle jogging, which he is very happy about. When we went for a walk in the evening, it started to rain, so he broke into a run to get back home quicker (although he is walking in this picture). 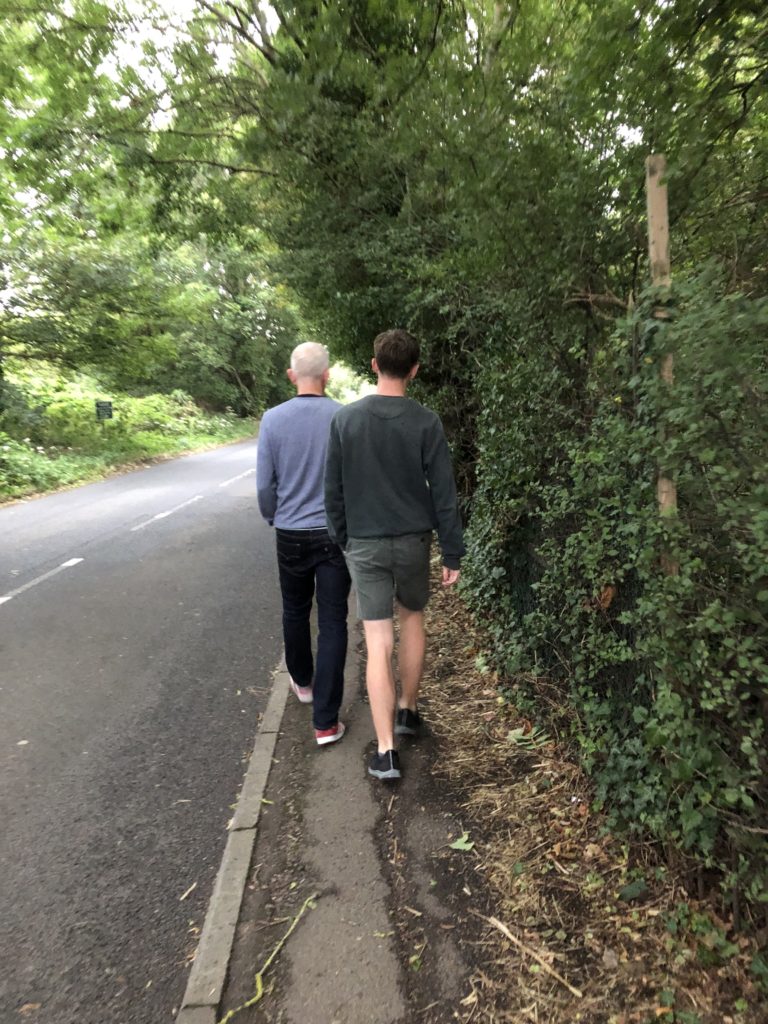 Day 222 – Saturday 10th August – I’m pleased to say that Wilfred got a clean bill of health from the vet. She thinks he might have inhaled something and sneezed it out! Yes, it is the back of my son again. The physio recommended he run half of the parkrun, but he ran it all at a slower pace than usual. 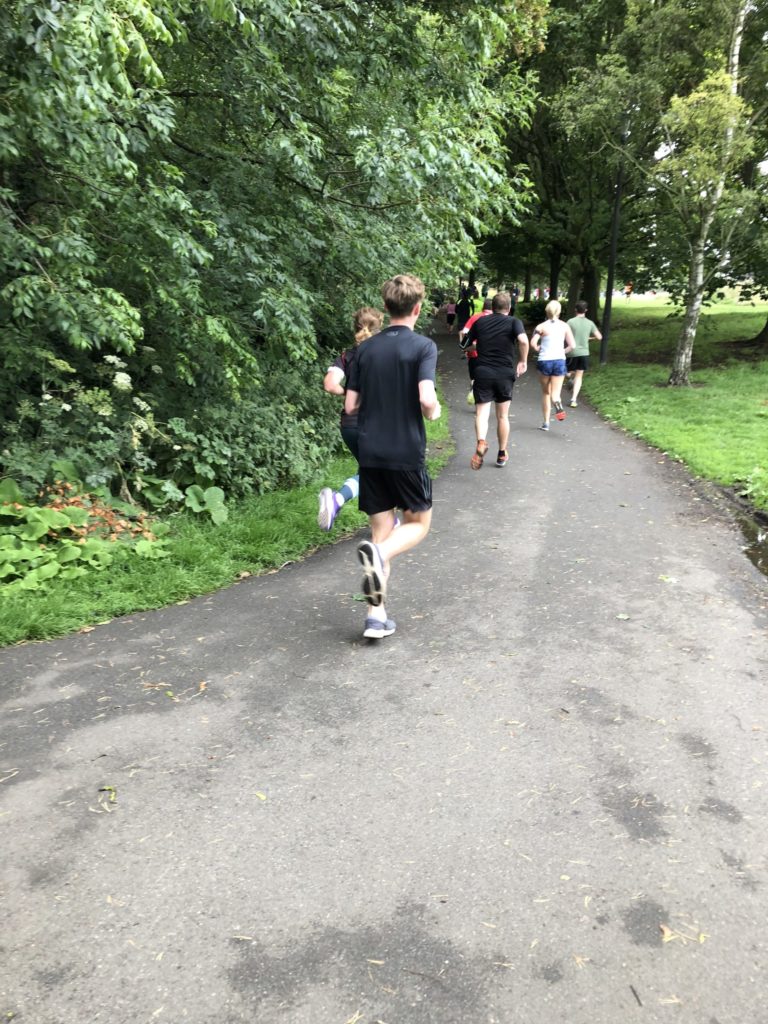