If you’re not aware of Modibodi, they make knickers which can be worn during your period, with no need for a sanitary towel or tampon. They can absorb one to two tampons’ worth of liquid. I’d been tempted to order a pair for my daughter to try, so was very pleased when Modibodi got in touch to see if we wanted to try a pair from their RED range. RED is a new range just for tweens and teens.

The knickers are absorbent and stain resistant. They come in both ‘boy shorts’ and ‘hipster bikini’ styles. We were sent a pair of the boy shorts to try and, I’ll be honest, my daughter would have preferred the other style! Even though they’ve got hearts on them, they do look an awful lot like actual boys’ pants. Which not everyone wants when they’re 13. On the plus side, if a girl is nervous about leaks, they will feel like they give even more protection.

For me, the main thing I’m interested in is reducing the environmental impact of sanitary towels and tampons. It takes roughly 500 years for a sanitary pad to decompose in a landfill. And apparently in the UK we flush around 2 billion tampons down the toilet every year. I am horrified. WHO DOES THAT?!

The knickers are pretty slim – about as bulky in the gusset as a pair of everyday knickers with a slim sanitary towel. My daughter said they were just as comfortable as any other pants. They were also a good fit – she is 13 and was trying out a pair of age 12-14.

The first time she wore them, they did leak a bit. I suspect she didn’t have them on quite straight enough, if that makes sense. But there was no staining, even though they are only washed on cold.

Modibodi knickers should be washed on a cold cycle and should last a long time. The only problem I see is that teenagers have a habit of growing and they’re a relatively expensive investment – £18.50 for a pair of the boy shorts or £17.50 for a pair of the hipster bikini briefs. You can also buy bundles of seven pairs – either all the same style or a mix of styles – for £113.

If you have heavy flow, you might need two pairs in the day and one at night. By contrast, my daughter gets through one pack of sanitary towels, at a cost of £1, per period.

Of course, we all have to make that choice – be kinder to the planet or kinder to our own wallets. Or maybe we will choose somewhere in between the two. 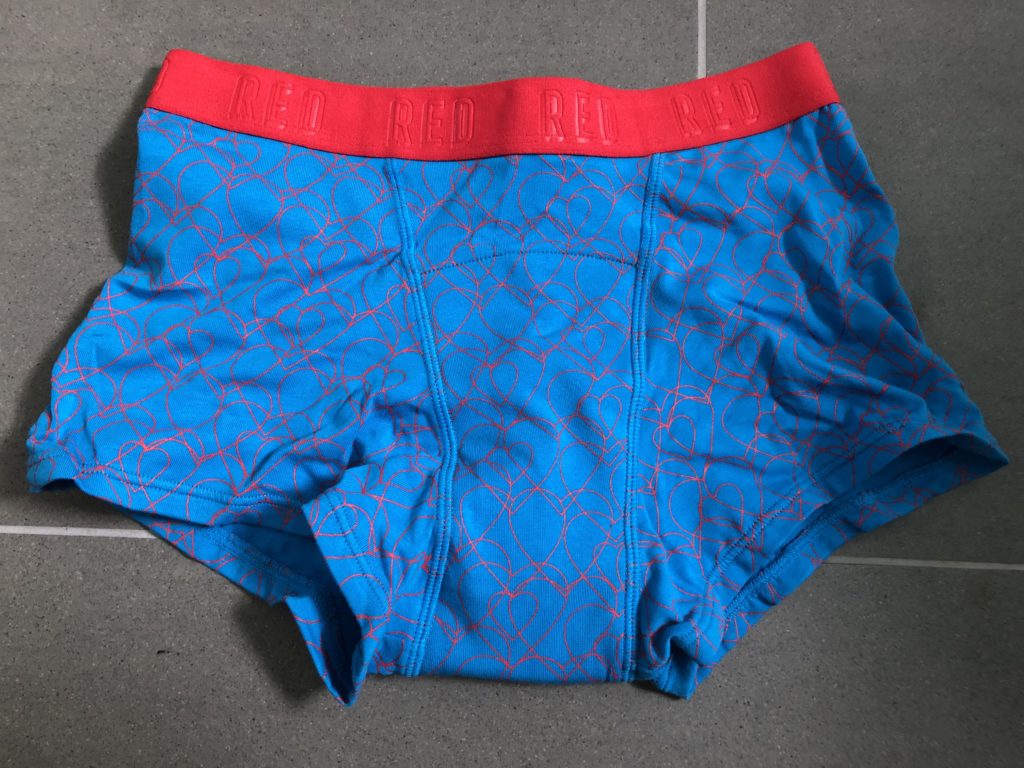 We were sent a pair of Modibodi RED knickers for the purposes of this review. All opinions are our own.