On Easter Sunday, exactly two weeks before Newport marathon, I woke up with a sore throat. It was surprising and unexpected, as well as being pretty uncomfortable, but I wasn’t worried about it. As the day wore on, it eased and I forgot all about it.

Then I woke up with the sore throat for SIX consecutive days.

By Easter Monday, I had a bad cold. I was a snotty, sneezing mess. The snot and the sneezing carried on into Tuesday.

Everything I’d read about marathon training told me I would get injured and I would get ill. Well, I hadn’t got injured. And I never get ill. (To give you some idea of how infrequently I get ill – I last had a temperature in 2009, I last had diarrhoea in 2006 and I last threw up in 1985. Yes, that really does say 1985.)

And this was just a cold, right? I do get colds, but they only ever last two or three days. I may need a couple of doses of paracetamol, but they don’t slow me down. I always run with a cold – I actually find running eases the symptoms. (You can read about running with a cold on Dr Juliet McGrattan’s blog.)

By Wednesday, the snot and sneezing had slowed down, but my head ached all the time. My whole face ached. Even my TEETH ached.

I was sleeping worse and worse and on Thursday morning I even thought I might have a temperature. I took to spraying my throat with Difflam Spray at 3am to try to get more sleep.

I skipped my Thursday run to try to recover. I must admit I did all the others, including the 10 mile Sunday run a week before my marathon. As ever, running made me feel better and I felt better in the immediate aftermath too, but whether it was making me feel worse later in the day, I wasn’t sure.

All I knew was, I was very glad I wasn’t running the London marathon. Because I really wasn’t well enough.

On Saturday night, I started feeling pressure in my left ear. It really felt like it would burst. At 3am on Sunday, I woke to my ear screaming at me. It hadn’t burst and the pressure had eased, but it was making an awful high-pitched ringing sound. Paracetamol eased it, but I could only lie on my back to get back to sleep. It did the same at 4am on Monday morning.

My family started talking about me going to the doctor. But I was still fundamentally a healthy, 45 year old woman with a cold. I didn’t think a doctor could do much for me and I didn’t think they would want me to waste their time. Even if I was running a marathon in a week.

On Monday, my whole head still felt like it was in a vice. Even my eye sockets ached. I tried to go without paracetamol, but ended up taking three doses over the course of the day.

It was Tuesday before I started to feel slightly better, but only slightly.

Luckily, I have very little training this week. Just a three mile run on Tuesday and a two mile run today.

My ear is still ringing slightly, my nose is still bunged up. I’m not feeling 100%. But I’m running a marathon in three days. 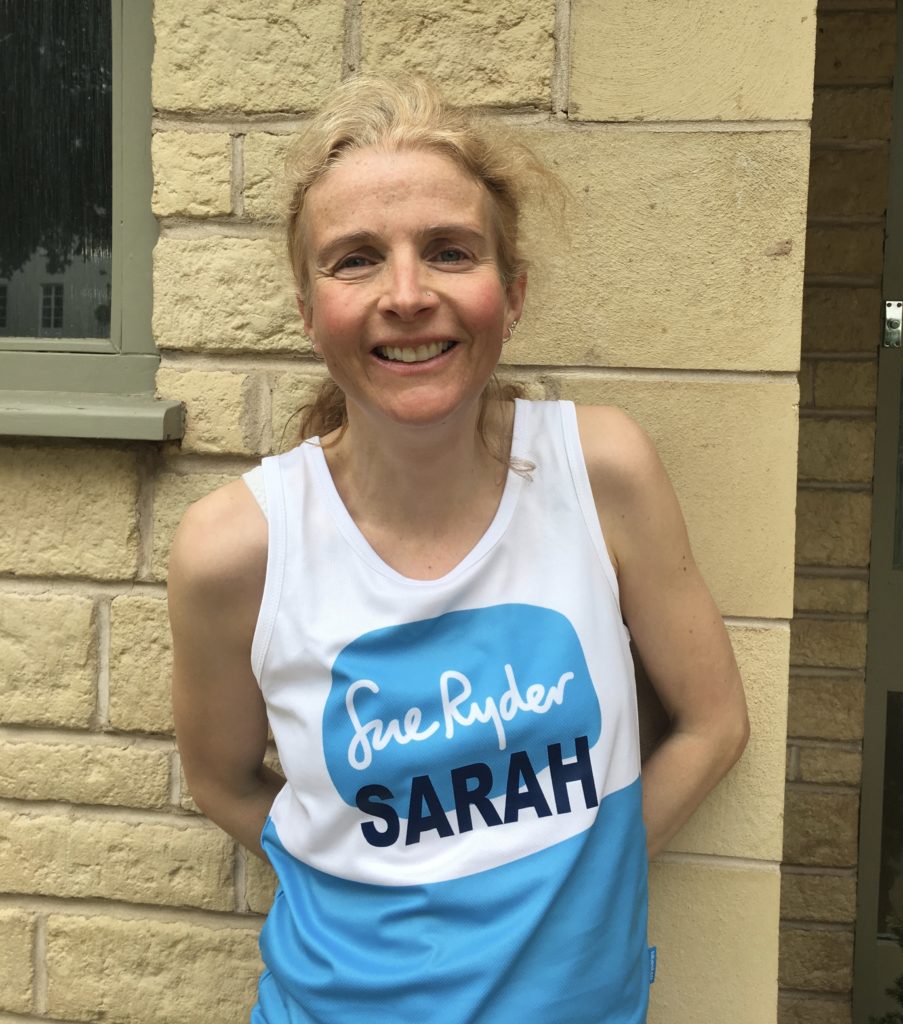 I’m running Newport marathon for Sue Ryder Leckhampton Court Hospice in Cheltenham. You can find out why here. And if you can spare a couple of quid, I would be very grateful for any donations here. Thank you!