Anyone who has got kids, whether toddlers or teenagers, will be familiar with just how often they lose things. I have one friend whose son loses things so often that she refuses to buy him new school uniform or sports kit and she gets it all from the school second hand shop. Thankfully, my kids aren’t QUITE that bad, but my younger son does have a habit of losing things.

Luckily, he’s at a school where lost things tend to get returned. People don’t nick stuff. He’s also at a school which has a culture of kids just dumping their PE bags when they go to lessons, rather than use their lockers. Under a notice reading something like ‘Please do not leave your bags here’, there is a huge pile of PE bags at all times. Including evenings and weekends. Inevitably, this leads to mix-ups from time to time.

My son lost his PE bag, containing trainers, shorts a PE top and TWO (I have no idea why) rugby scrum hats just before October half-term. He didn’t even realise he’d lost it until the next day. He’d dumped it in the ‘please do not leave your bags here’ area and just come home without it. It would still be there when he got to school.

It wasn’t there the next day either. It wasn’t in lost property.

If items are named, they always get handed back. I ALWAYS name items.

I could understand a kid mistakenly picking up his PE bag. I could even understand them not instantly realising that the shorts and the PE top weren’t theirs. But maybe they might have realised the trainers weren’t theirs?

We waited and waited for the bag to come back. But, a week after half-term, I realised it wasn’t coming back. I had to buy a new bag, new trainers, new PE top and shorts. I didn’t bother with the rugby hats as he’d given up wearing them. (They wouldn’t have stopped him getting concussion either.)

Just a few days later, he lost a school hoodie at an away rugby game. His best friend had a nasty injury, so his hoodie wasn’t at the top of his list of priorities. I rang the other school, but the hoodie was never seen again. He got his replacement as a Christmas present.

A few days later, he took his nice new bag, full of rugby kit this time, to school. When I opened it at the end of the day, it was full of unfamiliar stuff. It wasn’t his bag. The stuff wasn’t school kit, so it was clearly a 6th former’s bag. And actually it wasn’t entirely his fault this time. Yes, he’d left his bag outside as usual, but someone else had clearly picked his up first.

He had a rugby match the next day. Luckily he has spare kit, he was able to borrow his dad’s boots and one of his friends had an unused gumshield he could borrow. He took the wrong bag to school with a Post-it on it explaining what had happened, left it outside and went off to his away game. By the time he got back, the rugby fairies had returned his bag.

Although he is the king of losing things, he’s not the only one. My husband got me some expensive wireless headphones for Christmas. They’re the sort of thing you don’t realise you need until you have them. They’ve revolutionised my life. But they vanished a few days after Christmas.

I remember plugging them in to charge and seeing them sat charging, but I didn’t remember anything after that. I looked everywhere for those headphones. I even offered the kids a reward to help me find them. I didn’t know what I would do if I didn’t find them. I COULD afford to replace them, but what message does that send to the kids? If they lose stuff, I give them a hard time about it and they have to have replacements for Christmas, but if I lose stuff, it’s fine, I just buy new ones. It mystified us for three days. Then my husband noticed the missing Christmas lights. They’d stopped working and I’d taken them down. He worked out that I’d taken them down exactly when I unplugged my headphones. They were tangled in the broken Christmas lights in the garage.

And the day after she went back to school after Christmas, my daughter lost the brand new fitness watch she’d had for Christmas. Like my headphones, it was something that she had come to love very quickly. We’d bought it in a flash sale and to replace it would be expensive. There were tears over the watch. Luckily, her school is another school where things don’t get nicked and her watch turned up in the school office the following day. 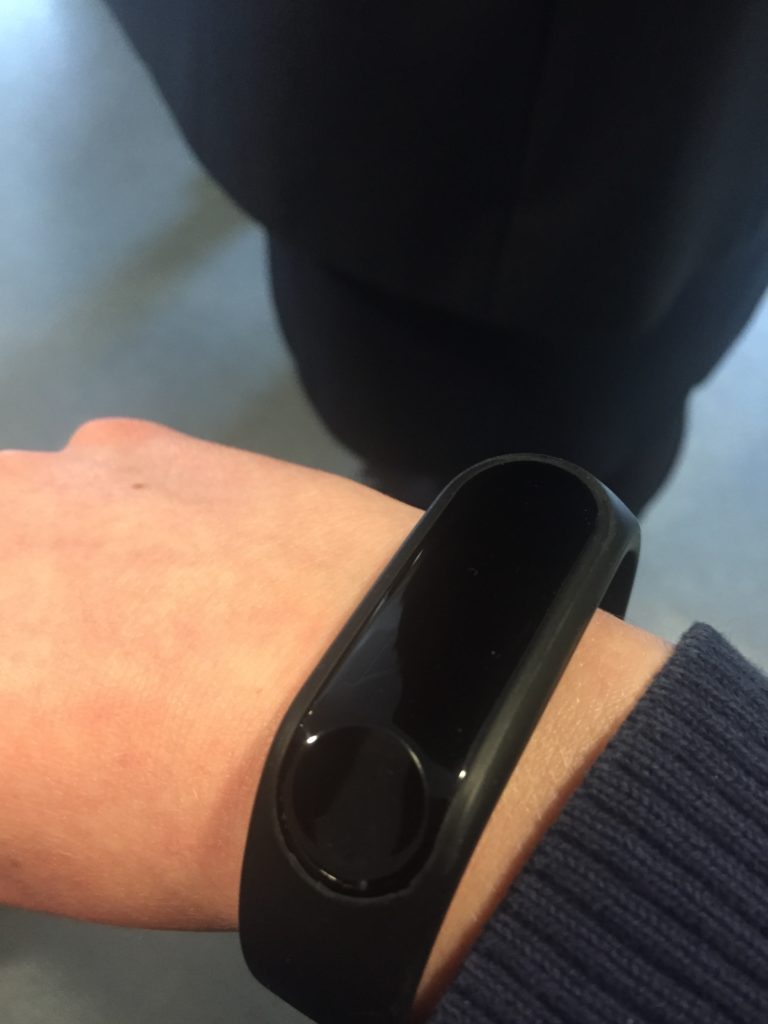 So the only thing still missing was the PE bag that had disappeared in October.

Just before February half-term I got an email from school, informing me that my son’s PE bag had been handed in. And there it was, in all its glory. All of its contents still there, including a gum shield case, a pair of dirty school socks and a carrier bag full of mud. Where had it been for four months? The bag was clean and dry, so it clearly hadn’t been outside. How had someone had it for four months without realising their mistake and handing it in?

I will never know. But my son now has spare trainers, spare PE shorts and a spare PE top. Plus two rugby scrum hats he won’t wear. 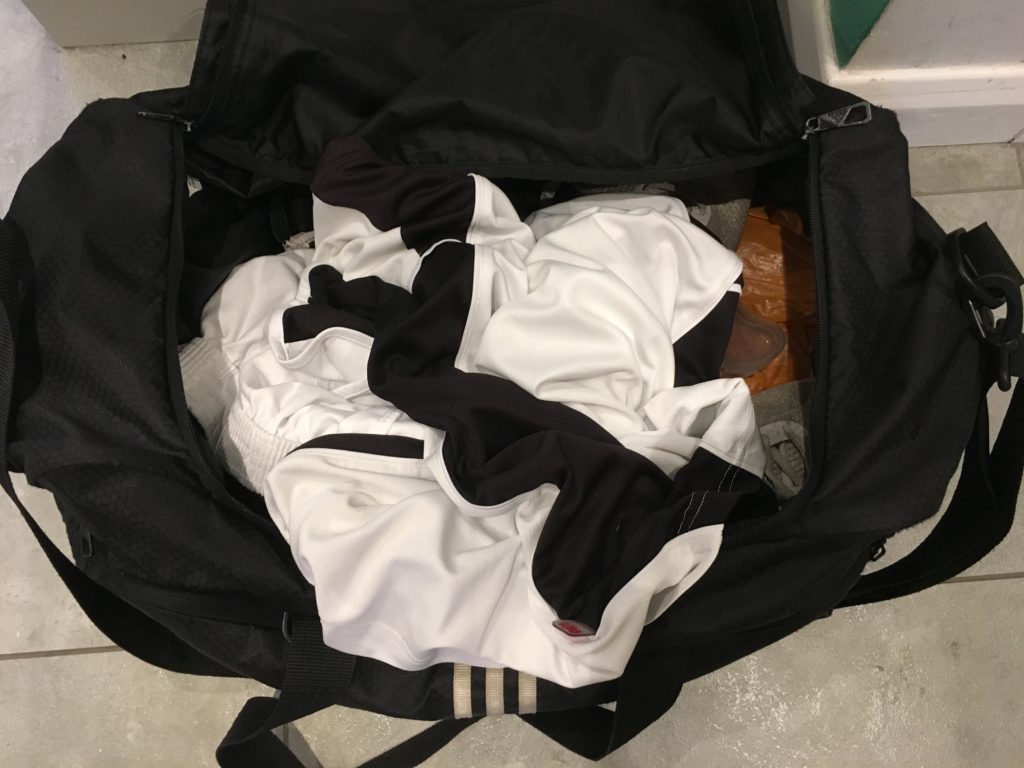