My daughter had her first period last autumn. She was just 12 and a half. We were out in a restaurant (very rare for us) and she texted me from the toilet. I showed her how to roll up some toilet paper until we could get home. We already had supplies at home, following an earlier scare, so we had no worries there. She has coped brilliantly with her periods ever since.

I know that there are girls who start their periods as young as 9 (how horrendous must that be for them), but to me 12 still seems very young to have to deal with that hassle. Every time I see that my daughter has got her period again, I just feel sorry for her. Yet she has never once complained. She hasn’t mentioned any stomach aches and I haven’t noticed her behaving in a hormonal way (perhaps not surprising as I’ve never had problems with being hormonal either).

I started my periods at 14. I remember I had one, then it was eight weeks until my next one, then a whole NINE MONTHS until the one after that. But my daughter is already very regular. Which again feels a bit unfair to me. Why couldn’t she benefit from all those months without them? I haven’t added up carefully enough to know whether it’s every 28 days, but I know it’s there or thereabouts.

Her second period was when she had her Grade 4 ballet exam, which is a real problem as you’re not supposed to wear knickers for your ballet exam. But again she took it all in her stride.

I make sure she has a plentiful supply of sanitary towels and bags to dispose of them in and I take her used towels out to the dustbin. Other than that, she just deals with everything on her own.

She was ill recently and she got her period, which was very bad timing. She wasn’t going to the toilet much, because she wasn’t strong enough to get out of bed or walk around the house. Of course I didn’t realise at first, because she’s so good at dealing with these things, but she must have found it hard to get to her sanitary towels too. I ended up throwing away a couple of pairs of her knickers – one immediately and one after a couple of washes in Vanish.

I admire her for not getting worried or upset by blood stained knickers. Of course, I wouldn’t get cross about them. But I also know that when I was her age, I would have been upset by them.

I realised it’s rather silly that all her knickers are white or very pale colours. She needed some darker ones.

‘Do you want me to get you some dark coloured pants?’

I was about to finish the sentence with ‘for when you have a period’, but she’d already said ‘Yes!’.

So maybe it does bother her more than I think it does. I’ve told her she must always talk to me if anything is worrying her or upsetting her – or if she needs anything.

But on the whole, she has coped brilliantly with her first few periods, way better than I ever would have imagined.

How did your daughters cope with their first few periods? Are they more resilient than we were at their age? 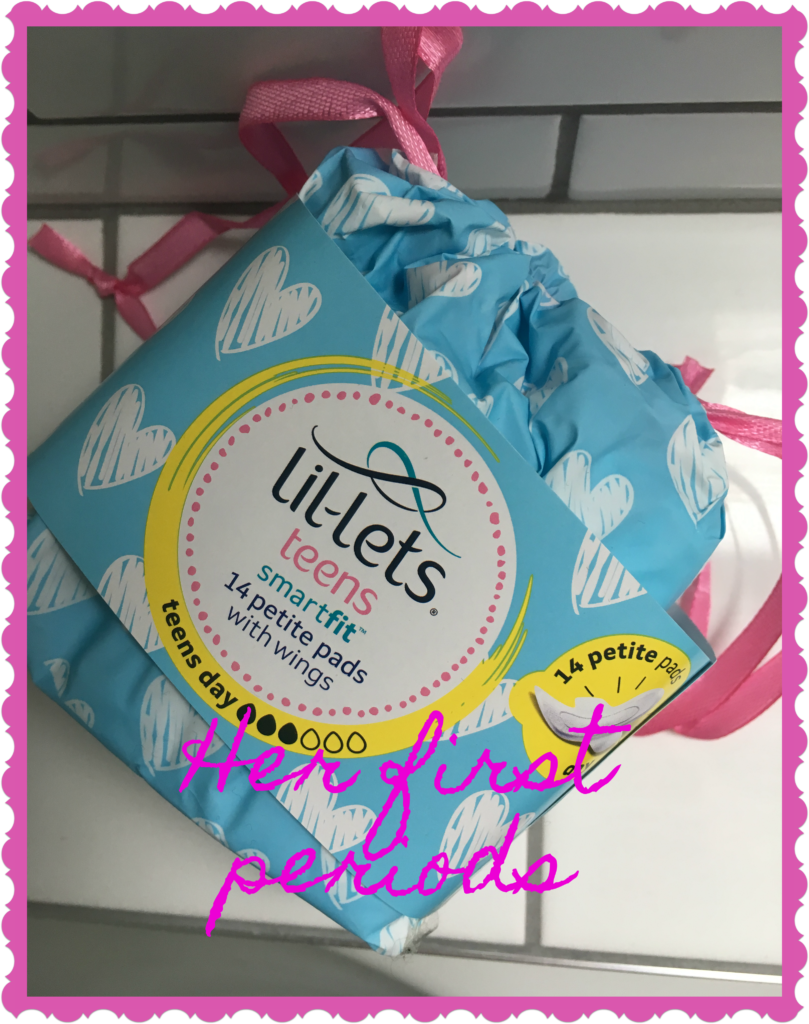