It’s half-term and, is usually the case for us, it hasn’t been the most exciting week, although my photos are generally better than usual. 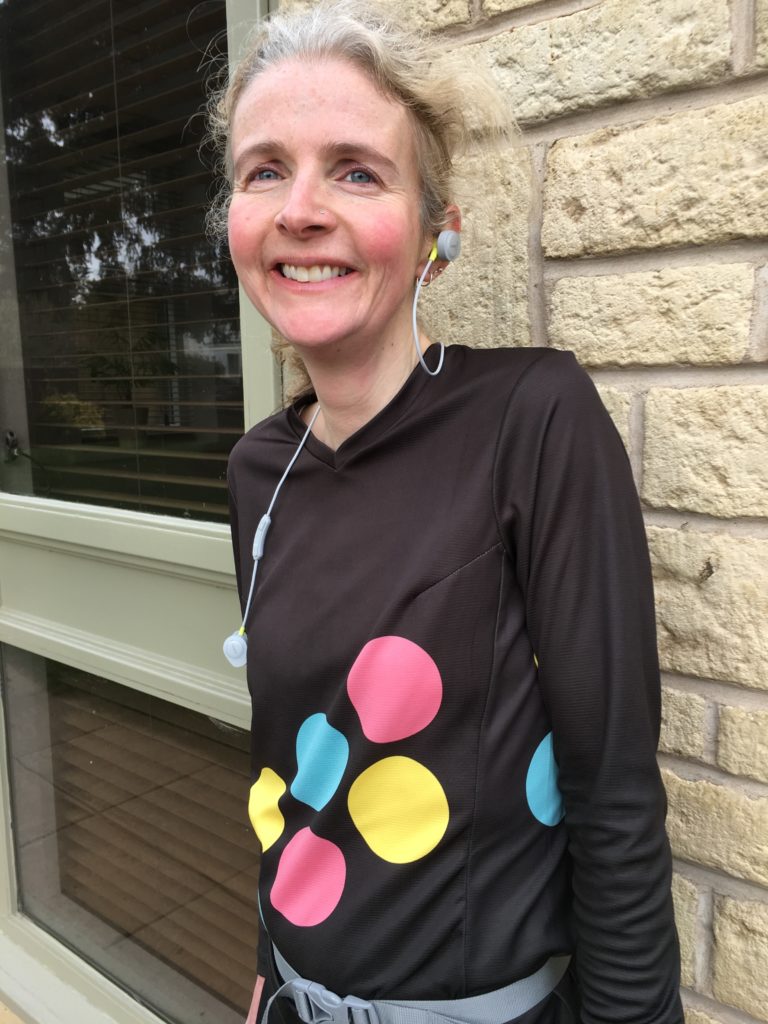 Day 49 – Monday 18th February – the first day of half-term and I had very little work. This would be a blessing, if I’d actually known I wasn’t going to have much work! As it was, the highlight of the day was taking my daughter to have her HPV jab, because she missed it when she was off school ill the other week. After getting our new blinds last week, work is continuing on updating our lounge. My daughter and husband repainted the wooden TV cabinet at the weekend (the brown blind is on a side window and we definitely need to replace it with a white one!). 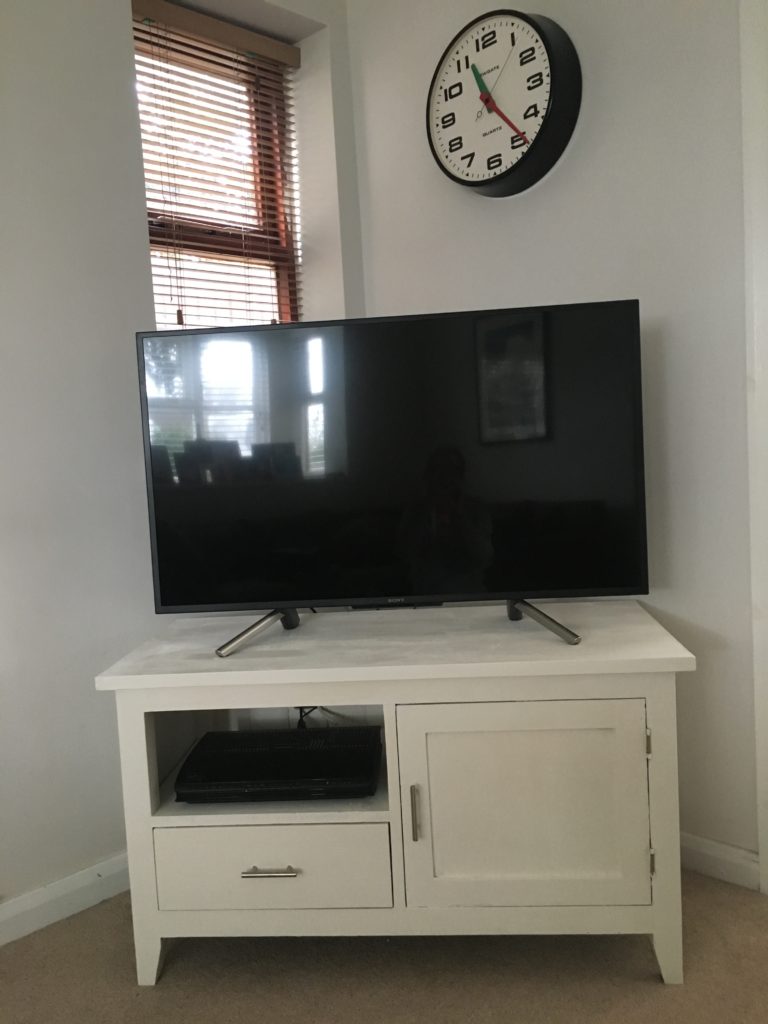 Day 50 – Tuesday 19th February – my son had an unusual art project to do this week, so I decided today would be a good day to get it done. He had to create a piece of ‘land art’ outdoors. I’m really impressed with what he created, with no planning at all. 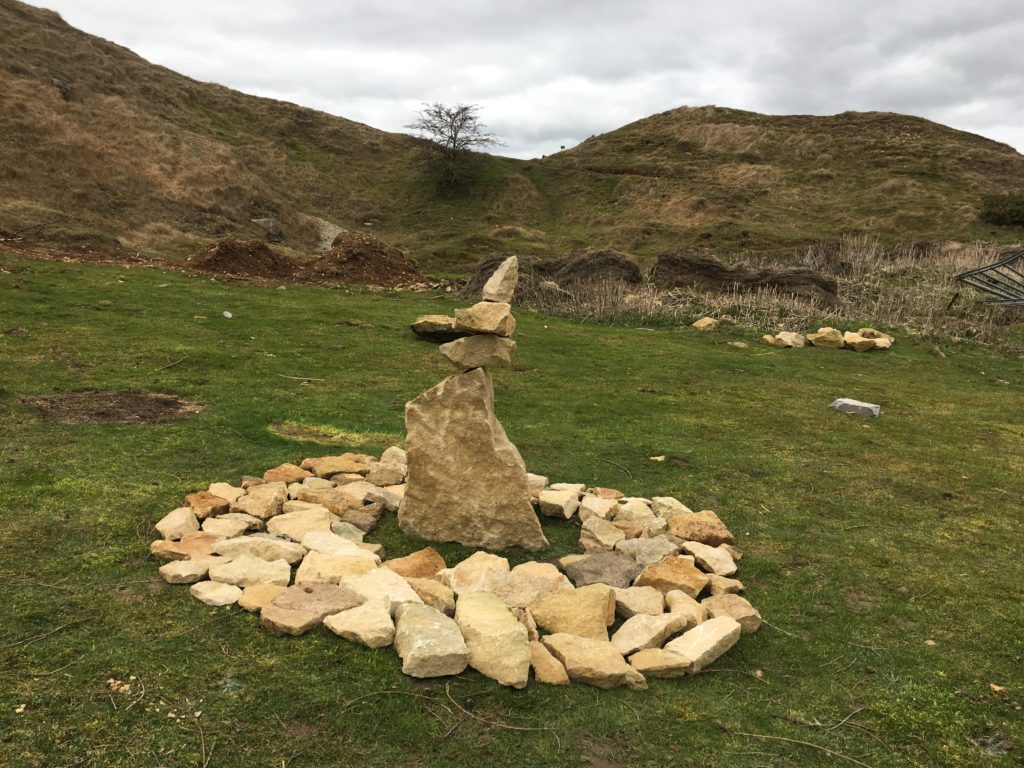 Day 51 – Wednesday 20th February – the work on our lounge continues. Today the builder who did our ensuite bathroom last year came round to remove our gas fire. It was pretty ugly, but it was a lifesaver when our boiler broke last year. My daughter is very bored of half-term. All of her friends are away and I have to work in the mornings. In the afternoon, we went to town to get my son new school shoes and a new school blazer, after he destroyed his shoes and grew out of his blazer. 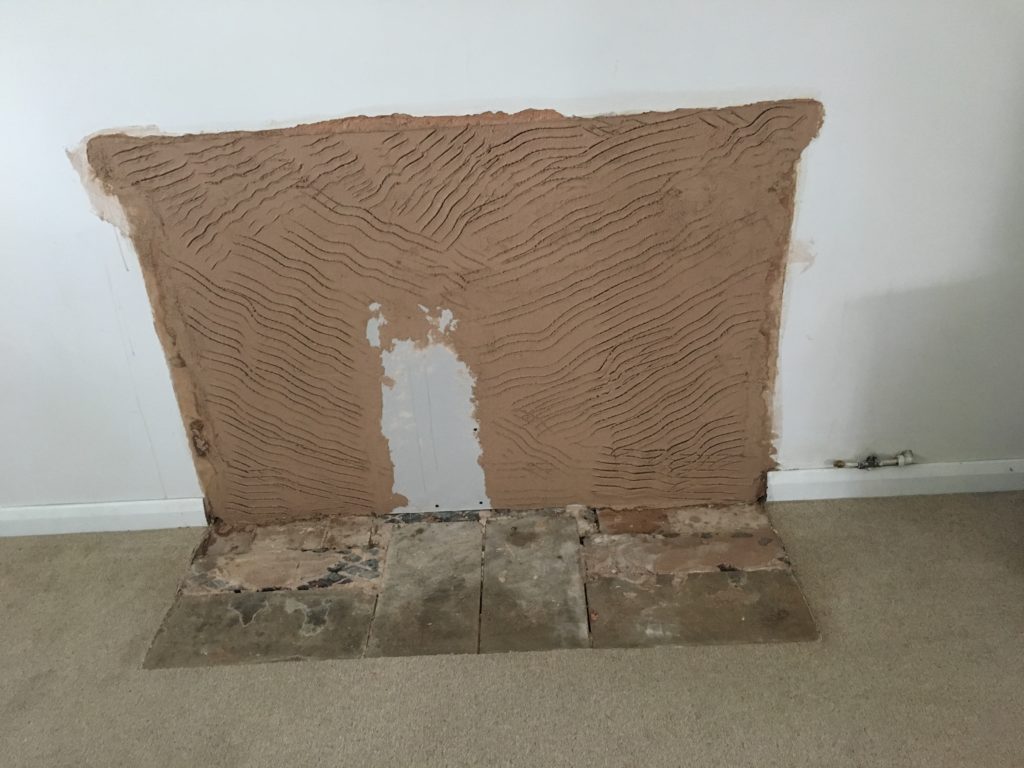 Day 52 – Thursday 21st February – my daughter is finding half-term quite hard. Her friends are all away and, with me working, she’s spending most of her time working on a geography project. She asked to go to Birmingham or Bristol today, so I opted for Bristol as I can drive there. At the last minute, the boys decided to come too. I didn’t really want all three to come, as they usually argue non-stop. They were actually very good, the weather was warm and sunny and it was a nice break from the house. 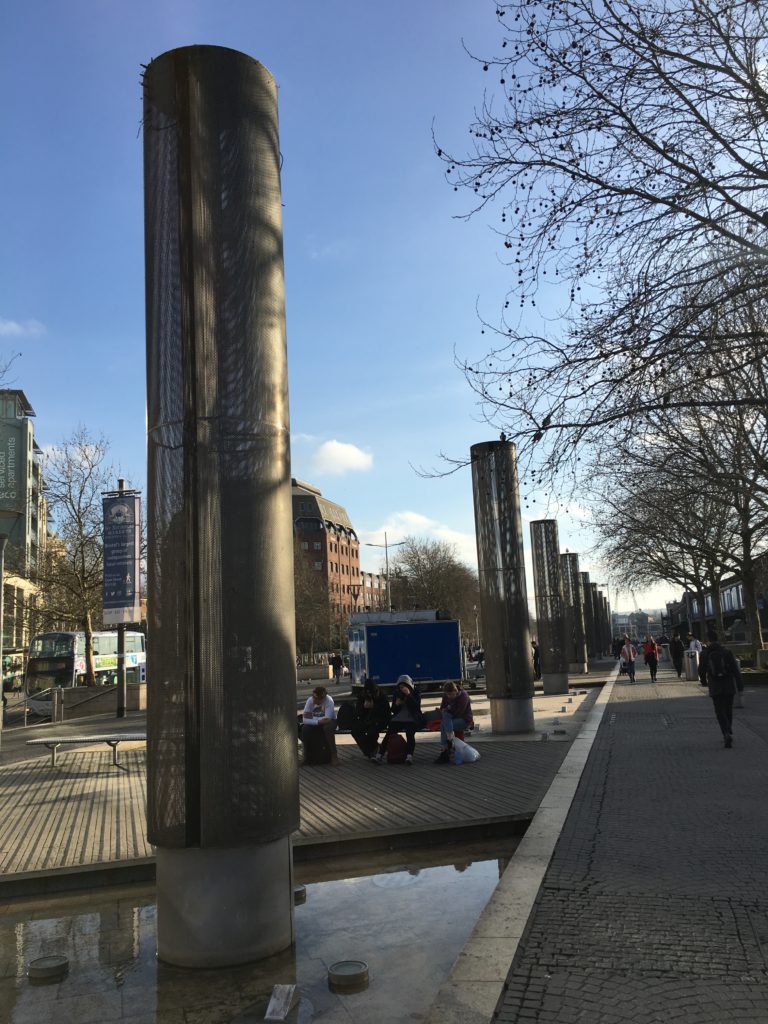 Day 53 – Friday 22nd February – a bit of a manic day. I have to go into my main client’s office to work once every two months and I have no control over when that actually is. It was today. I’m usually home by 3, but today I didn’t leave the office until 4.25, which is the longest I’ve ever left the three kids on their own together. I then had to get them to the dentist for 5.25. The office is in one town, we live in another town and the dentist is in a third town! By some miracle, we made it. In the evening, my daughter and I went into Cheltenham briefly to look at the buildings for Light Up Cheltenham and to go on this big wheel. I’ll admit, I was quite scared! I think I would have preferred to go on in the day as the views would have been better. 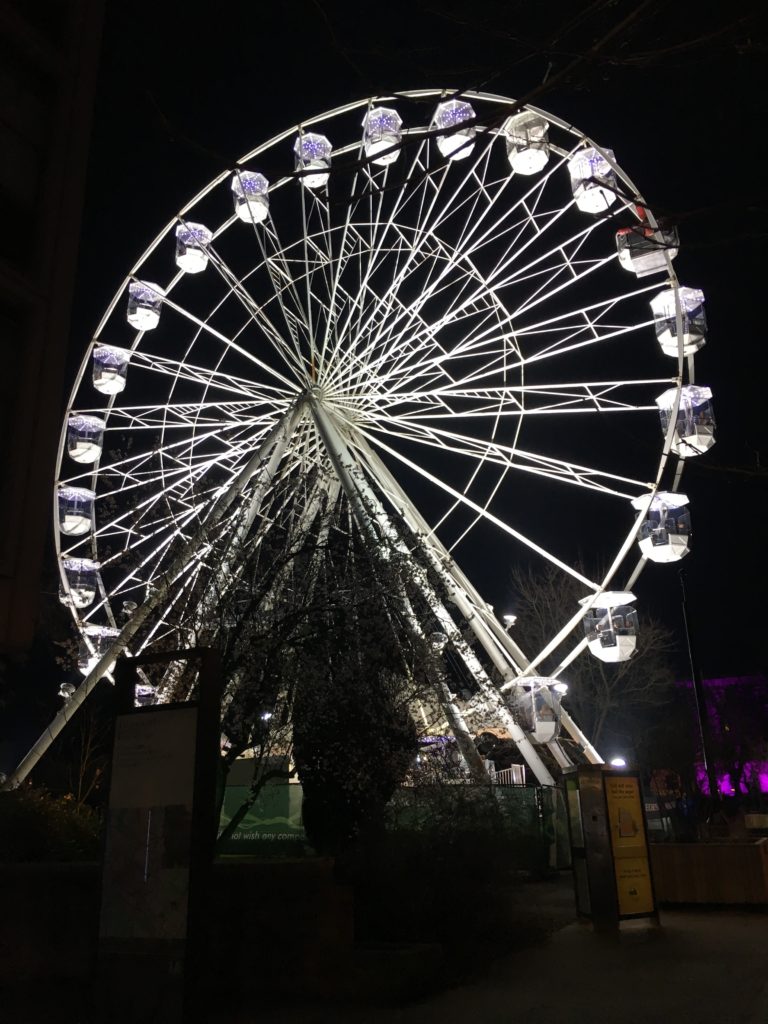 Day 54 – Saturday 23rd February – I’m cheating with this photo because I took it last night at Light Up Cheltenham. I ran parkrun in the middle of a six mile run. As I’m now running more slowly to train for my marathon, I ran parkrun with my daughter. I now have a day of chores which I haven’t managed to do during the week. 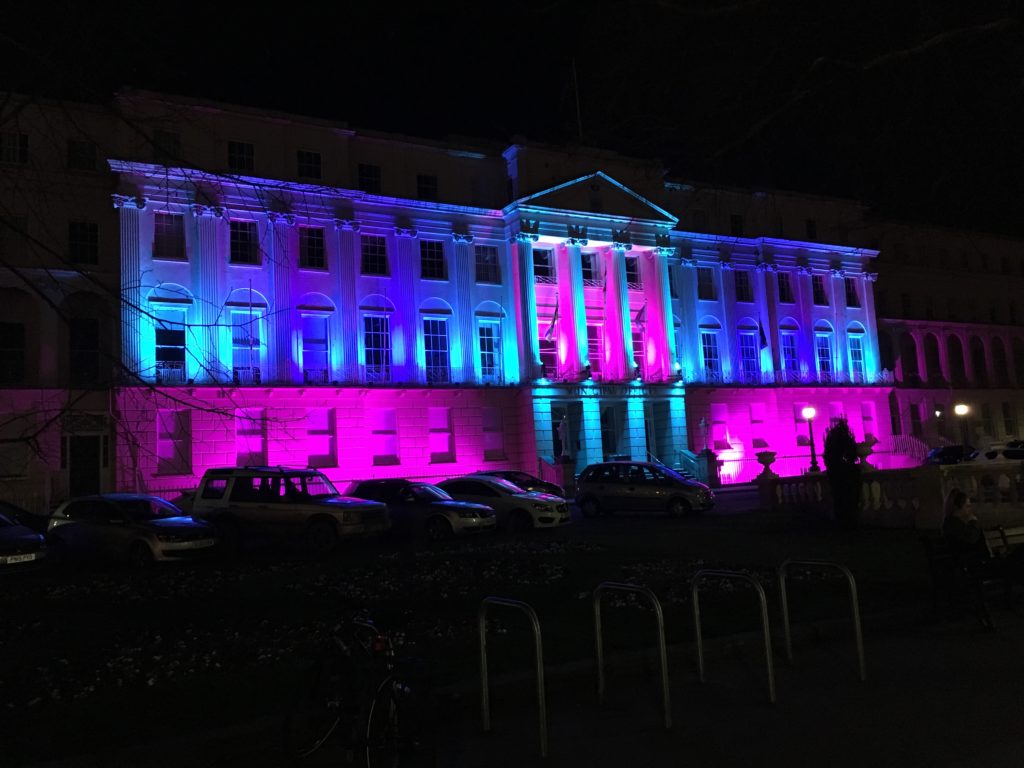