After replacing three bathrooms and a kitchen, all of which DESPERATELY needed replacing, in the five years since we’ve been in our house, our thoughts have turned to tackling the lounge.

The lounge isn’t bad in the way the kitchen and bathrooms were bad. They were firmly stuck in the 80s and things had started to break – we had a sink with a hole in the kitchen that drained straight into the cupboard and a toilet that wouldn’t flush in the ensuite bathroom. But compared to our lovely modern kitchen, the lounge doesn’t look great.

It’s got a rather old-fashioned looking fake coal gas fire. We don’t use it and it’s just sat there looking ugly (although we did actually get it work when our boiler broke and it was a godsend then). We’re not planning on our new boiler breaking any time soon, so it’s time to get rid of the fireplace. 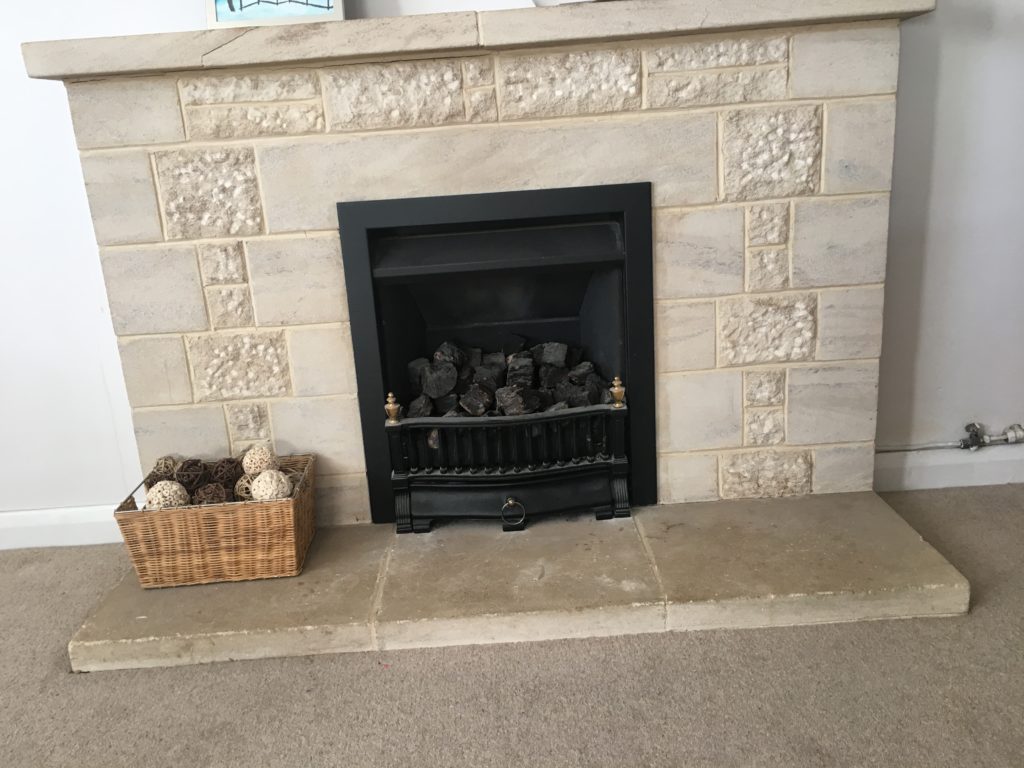 In addition to that, for some reason we decided to go for the colour BROWN when we moved in. Why?! I have no idea. Brown was OK when we had small children as it hides a multitude of stains. But I’m pleased to say that drinks get spilt on the carpet approximately once a year now, rather than once a day.

So we want to make the lounge more modern and get rid of the brown. Laminate flooring would definitely look more modern than carpet and would be less of a contrast where it meets the kitchen tiles. As we’re thinking about a grey colour scheme for our new-look lounge, we could opt for grey laminate flooring. That would go very well with the kitchen tiles, which are also grey. Alternatively, a light coloured wood might be nice. It would be good to have a floor that is easy to clean and doesn’t always have sawdust stuck to it (the guinea pigs might be outside, but the sawdust has a habit of getting inside and getting stuck to the carpet!).

Apart from that, we definitely want a big new sofa. When you’ve got teenagers, they take up a lot of space, so a big sofa is a must. Our current (brown) settee is a corner one, which we like. It’s pretty comfy, but it looks a bit untidy. We’ve seen some very nice grey ones and we could get a massive one with two corners on which will go all the way across the width of the room. We’ve also got a smaller leather settee, which we’ve had for a really long time. It’s in good condition, but looking a bit dated and it’s very cold to sit on! We’d like to replace it with a grey armchair.

Then there’s just the curtains which are, you’ve guessed it, BROWN. Replacing them with grey should help to brighten the lounge up.

Hopefully we will have a more modern lounge before the of 2019. Watch this space!