It’s been a much more straightforward week than last week (thank goodness!). Apologies for the high proportion of shoe photos, when it’s not even shoe week.

Day 20 – Sunday 20th January – already the last day of my daughter’s panto! I went along to watch for a third time. After a slow start, she grew to love the panto and there were tears when it was over. I wonder when she will need this stuff again. Will it be the end of this year or the start of next year? 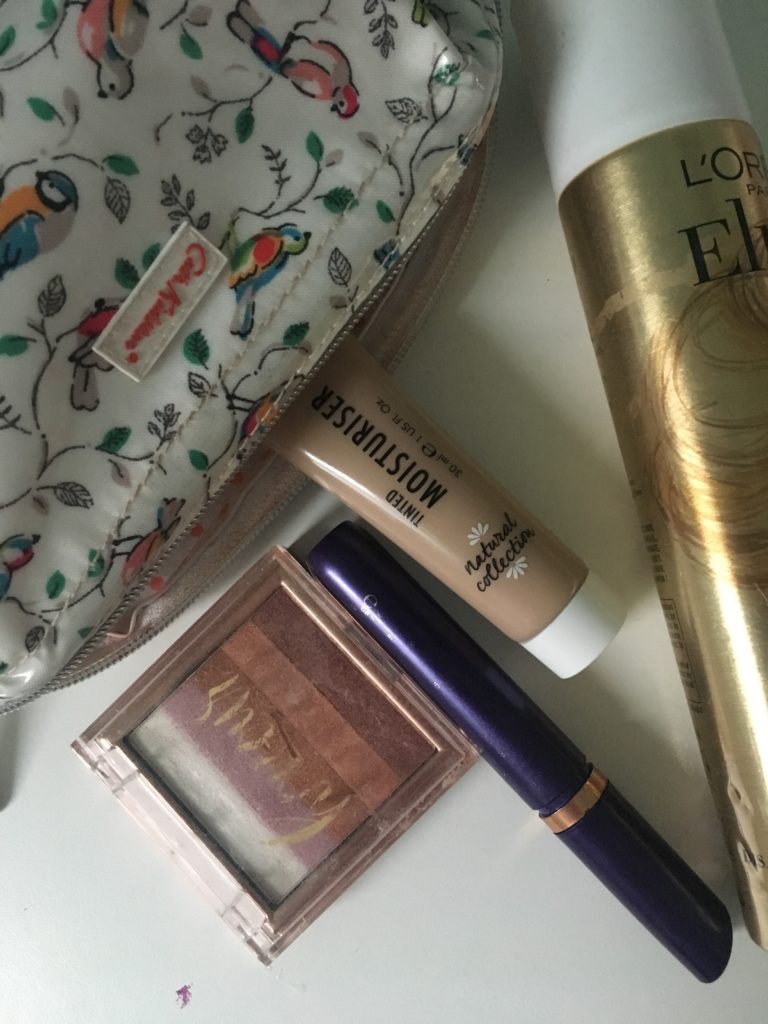 Day 21 – Monday 21st January – I was pleased to get lots of work done. After our week in our panto bubble, it was back to normality with ballet and Scouts. The ballet shoes were in perfectly good condition a week ago, but a week of panto seems to have completely destroyed them. 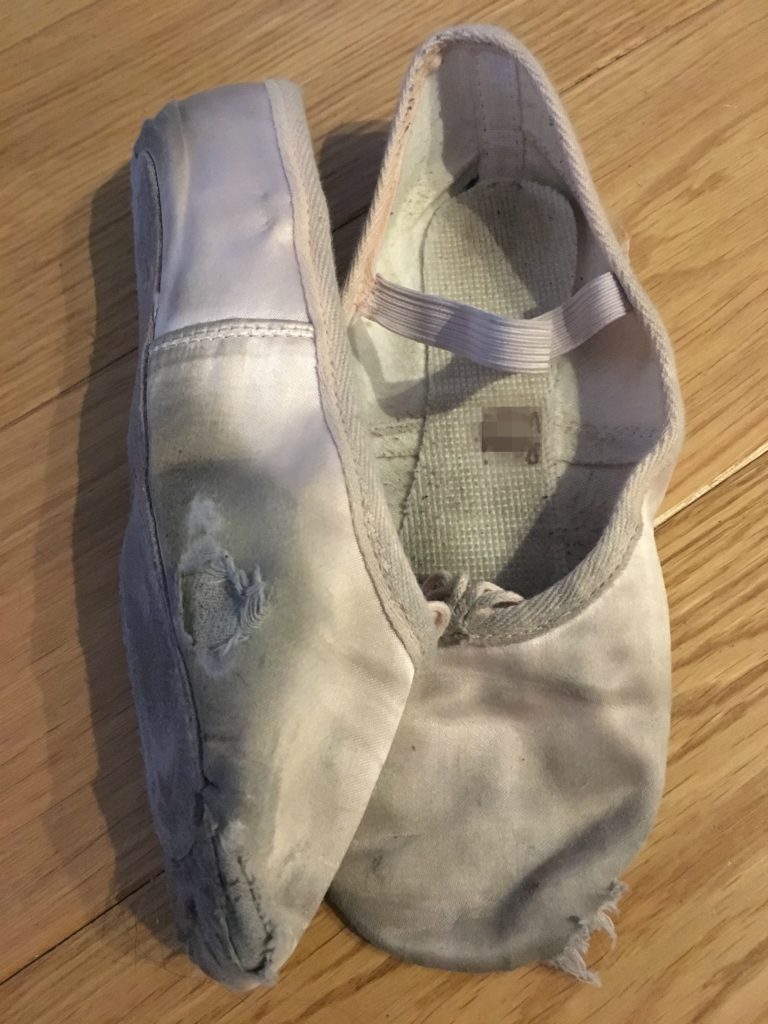 Day 22 – Tuesday 22nd January – officially my first marathon training run. Although it was exactly the same as the runs I always do on a Tuesday! I’ll be mixing up my routine later in the week. 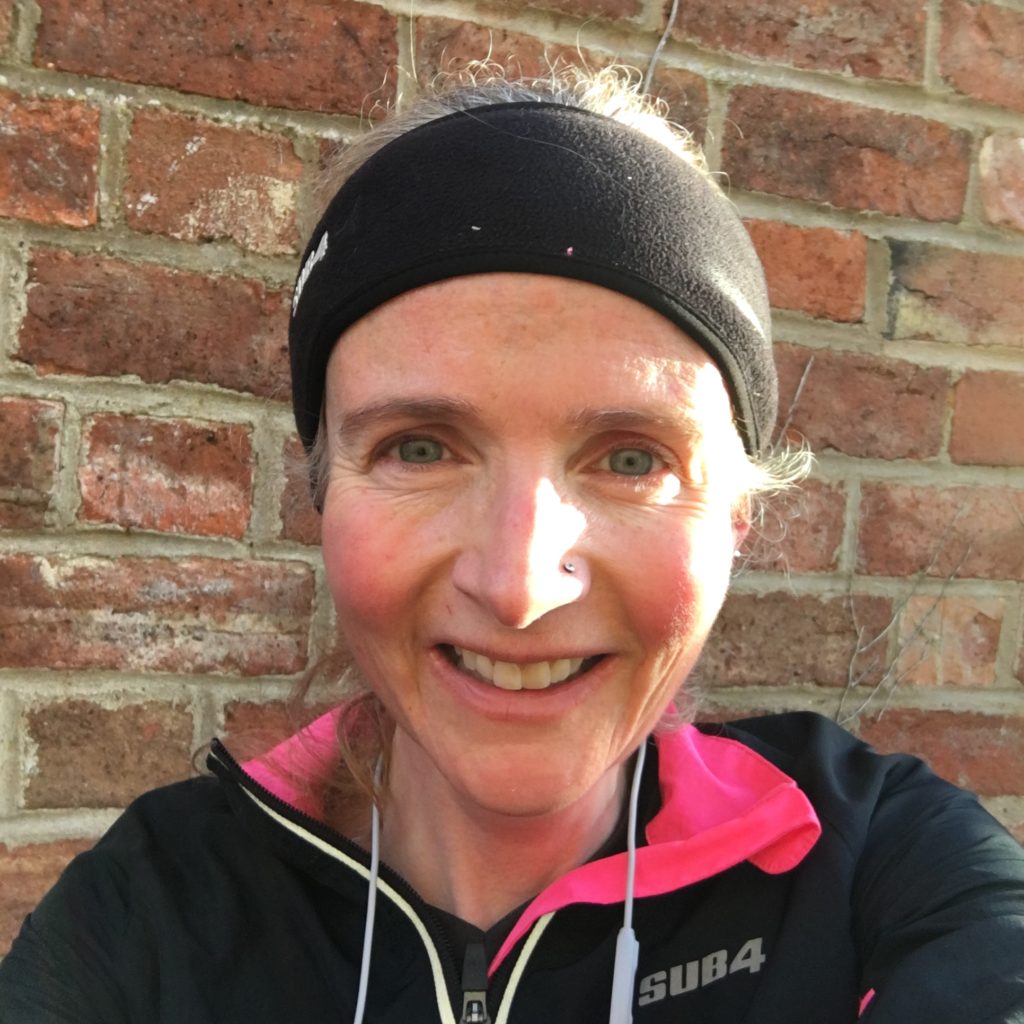 Day 23 – Wednesday 23rd January – we woke up to the lightest dusting of snow. Definitely not enough to have fun in or cause disruption, but enough to look pretty. I did some ‘body conditioning’ for the first time in preparation for my marathon. 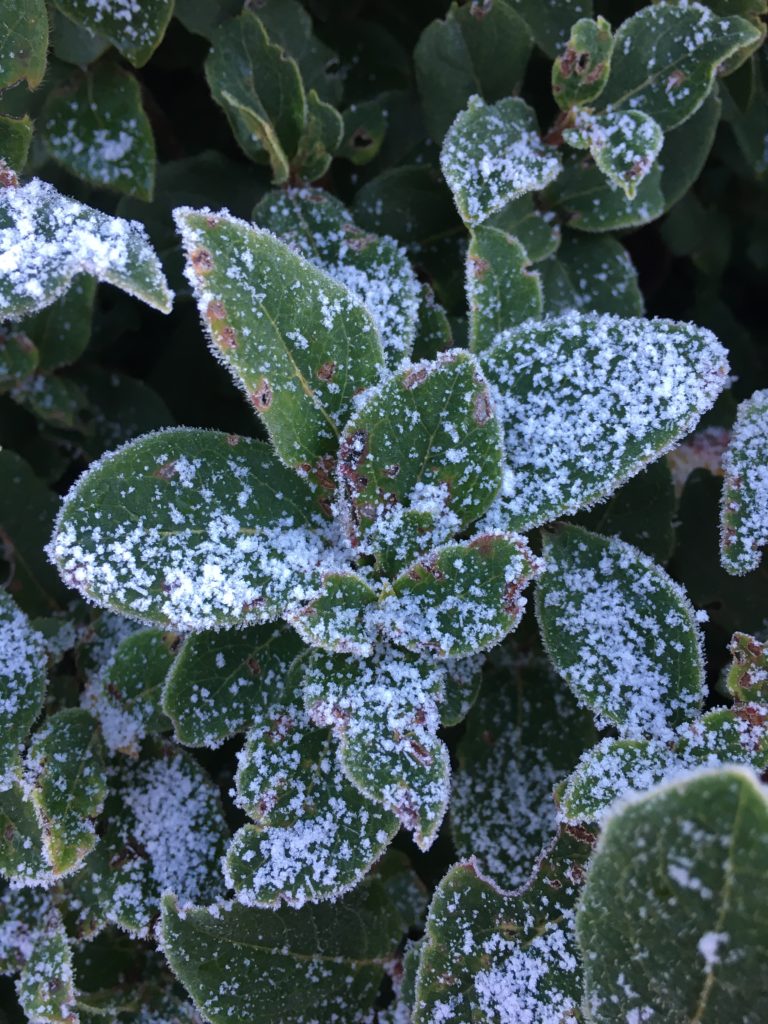 Day 24 – Thursday 24th January – I was aching so much after the body conditioning that I couldn’t run! Went to see my son’s school football match. It was good to go and watch, but they didn’t play well and lost 3-1. My son is the striker and he didn’t even score their one goal. 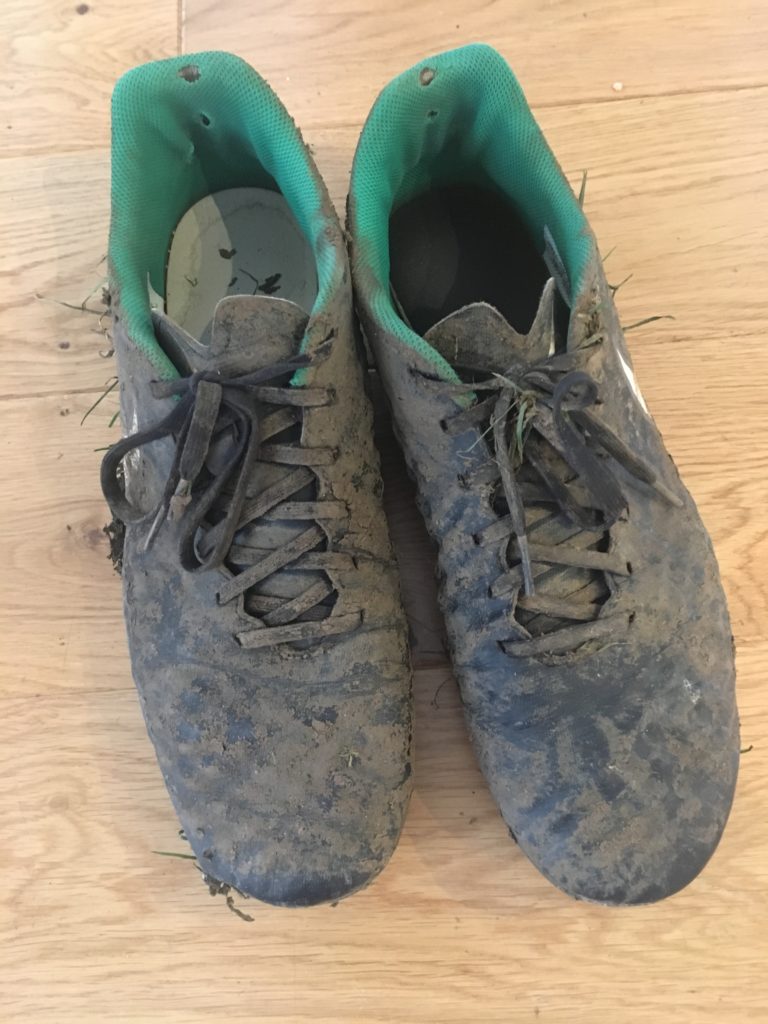 Day 25 – Friday 25th January – a quiet day of work, which I don’t mind once in a while, especially as I know I’ve got lots of work coming up over the next few weeks. I had time to finish this stunning book – review coming up on the blog soon! 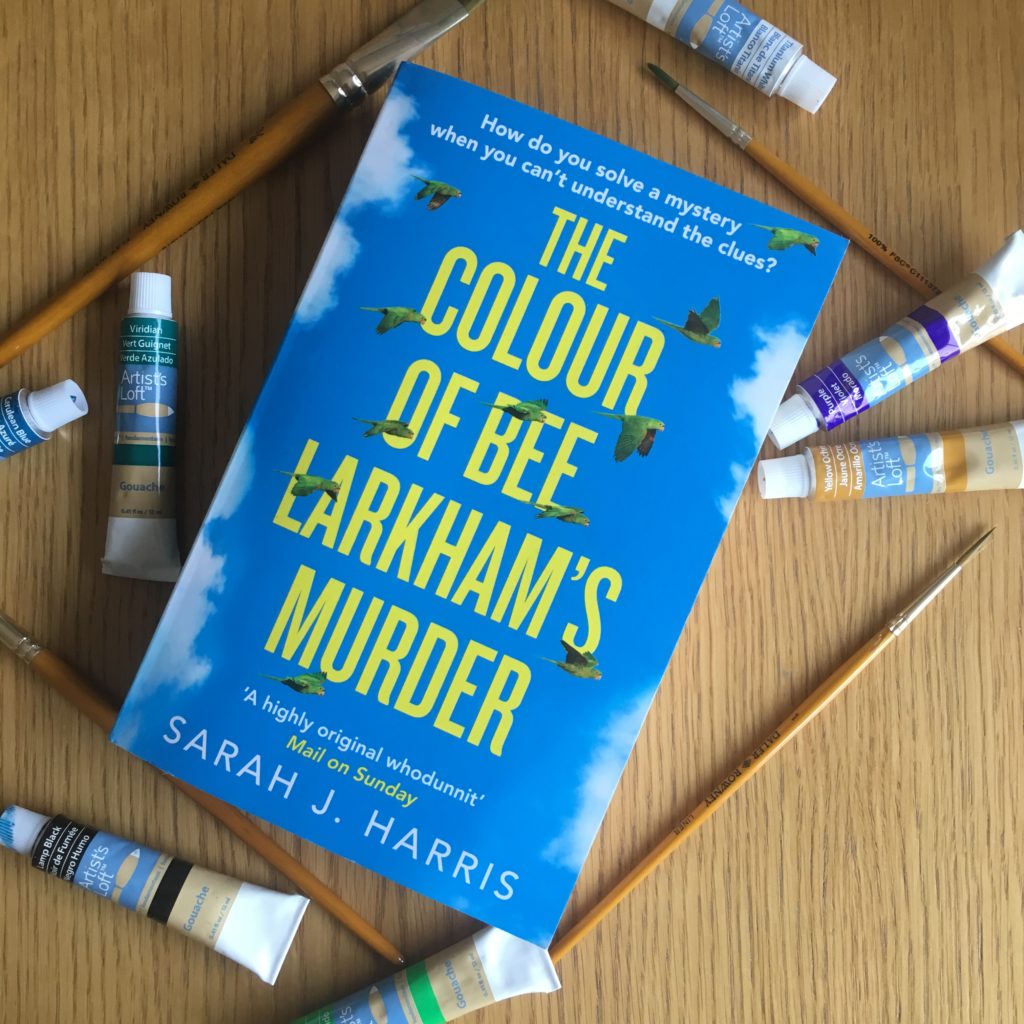 Day 26 – Saturday 26th January – we started the day with parkrun as ever. I’m proud of my daughter as she has now managed four consecutive parkruns in 2019. She has only managed about one every four weeks for the last couple of years. My son played football for the school again this morning. They won 2-1 and he scored a goal, so that was an improvement. 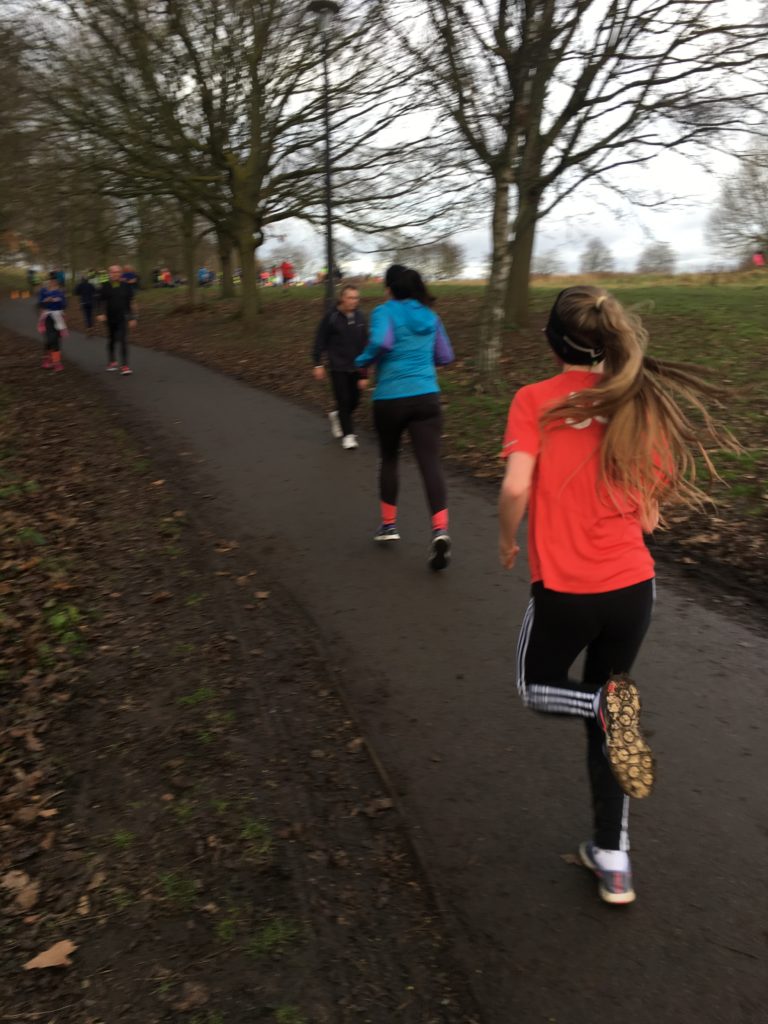