Now we have no kids at primary school, in some senses the run-up to Christmas is easier (but only in some senses). We don’t have endless Christmas concerts, plays and parties to go to. But life is still busy, even if it’s just with the normal stuff, which happens to be going on near Christmas.

Take my daughter’s singing exam as a case in point. Earlier this year, my daughter took up singing lessons. She’s not what you’d call a natural, but she has a pleasant enough voice. If she’s serious about a career in the theatre, her voice needs to come up to a level closer to her dancing and her acting.

And two weeks before Christmas, she did her Grade 1 exam.

And that stressed me out. Because doing anything different always stresses me out. I know we shouldn’t sweat the small stuff, but what can I say? I’m one of life’s worriers and going different places and doing different things worries me. And that wakes me up earlier. And I don’t get enough sleep as it is. And a lack of sleep doesn’t help anyone to deal with irrational feelings. So I was between a rock and a hard place.

Her singing exam was in Gloucester on a Saturday morning. And, to make matters worse, she also had to go to Gloucester in the evening a few days before, to practise with her teacher and the pianist. 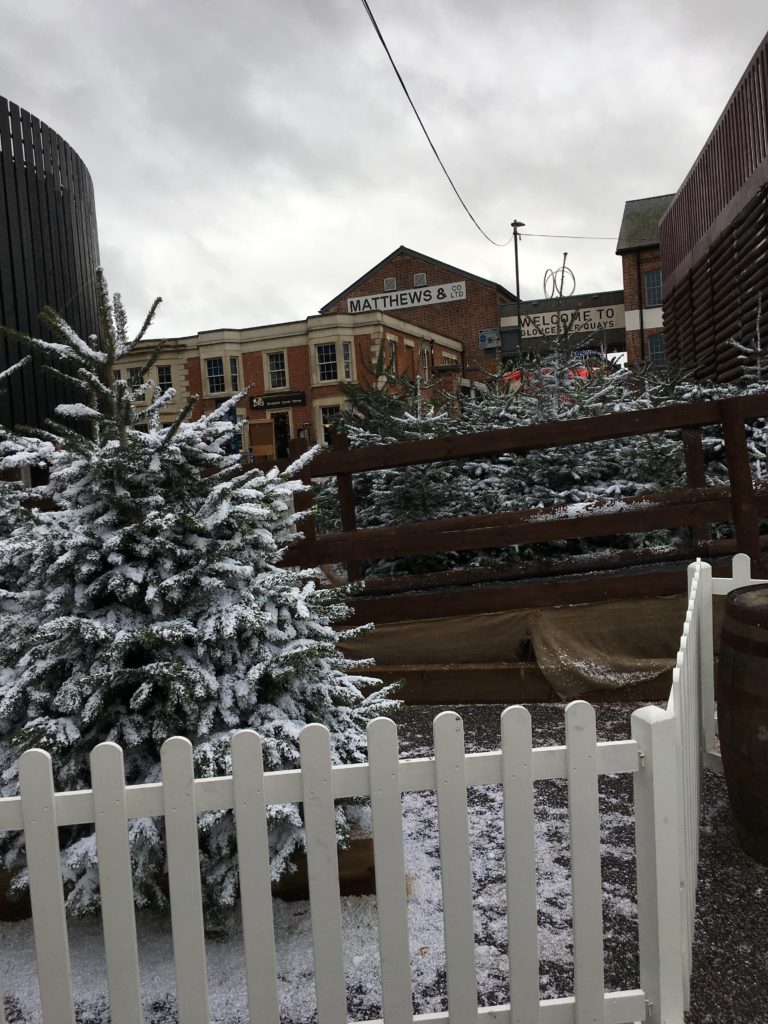 Gloucester in rush hour and then Gloucester first thing on a Saturday morning. My poor Christmas-stressed brain did not need that. To make matters worse, I needed to get my daughter from her evening practise to a panto rehearsal. I would be basically driving around for the best part of three hours. And I really don’t like driving. Least of all in the dark and at rush hour.

We arrived in Gloucester and I found a cunning parking space. The Christmas lights were on and it looked strangely beautiful. (I worked in Gloucester for 15 years and, believe me, I never thought it was beautiful).

The singing teacher’s house was in a lovely part of the city, which took me by surprise. As we were there a bit early, we spent some time in the cathedral grounds, which have been redesigned. The cathedral and the grounds looked beautiful all lit up. And I realised something, despite the stress and the worry. I was very happy there in Gloucester in the dark, with the beautiful lights. What I’d thought was going to be a stressful situation was a strangely pleasant one. Even when we got in a massive traffic jam on the way back and arrived late for rehearsal. 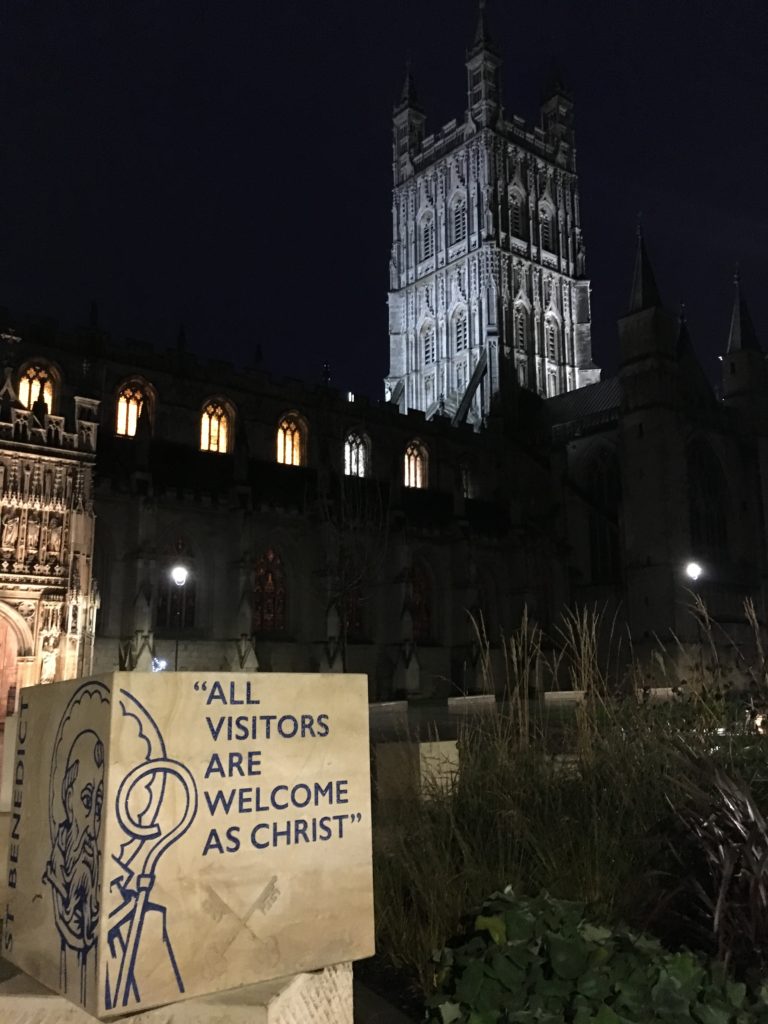 The Saturday morning exam meant I had to do parkrun in Gloucester. Then after the exam, my daughter was meeting her friends for ice skating at 11.

What could possibly go wrong? But I still thought something might.

I didn’t know where to park. I didn’t really know where the exam was taking place. There was a lot of potential to go wrong or get lost, even though it was all happening close to the city centre.

But the parkrun was a dream, we arrived in time for the exam (only getting slightly lost on the way), we parked in the best car park and got to the ice skating on time. There were no traffic jams and no problems parking.

My daughter felt her exam went well and it looked absolutely beautiful where she was ice skating. Of course I wasn’t allowed to stay and watch, so I skulked off and had some much-needed peace (and a not very nice sandwich, just so I could sit and read and avoid running-induced hanger).

For the second time that week, I realised that I was very contented in a place I’d always disliked. And I was happy with being somewhere out of my comfort zone with my daughter.

One day I might even learn not to worry about these changes in routine. One day they might not affect my sleep. But I’m not holding my breath for that. 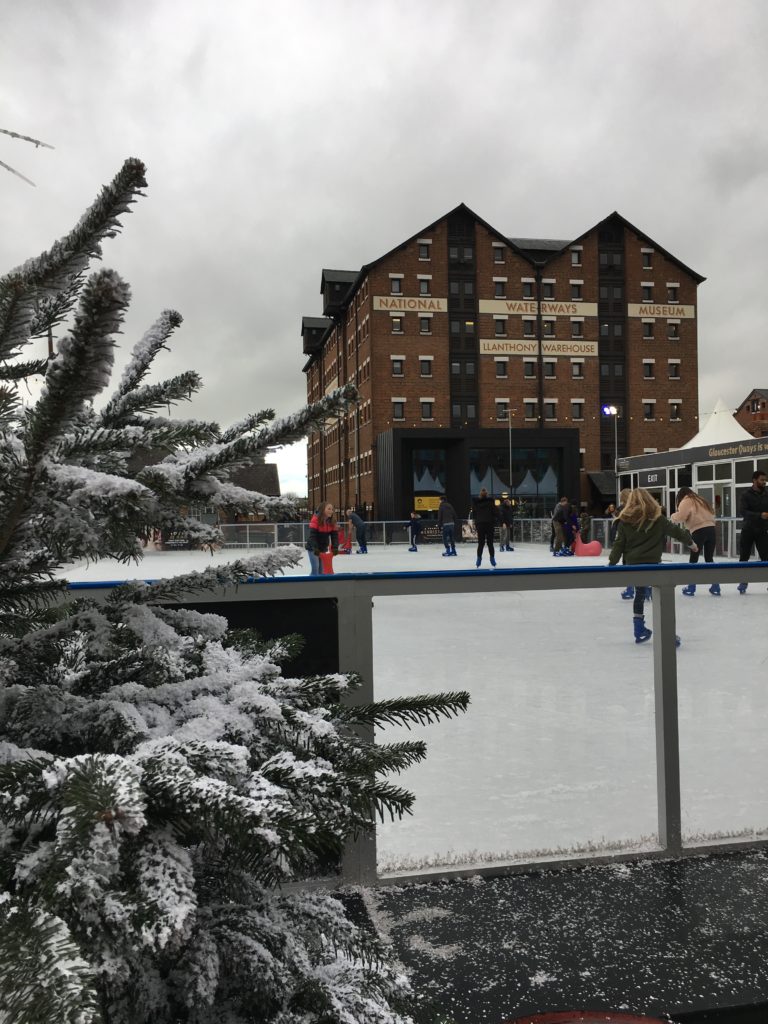