It wasn’t a good start to the week and felt like something was going wrong every day.

Day 308 – Sunday 4th November – after an eight mile run, it was a pretty miserable day of housework and watching my son’s football team lose again (although he did at least score his team’s only goal). And then I discovered that the pole inside my wardrobe had collapsed. 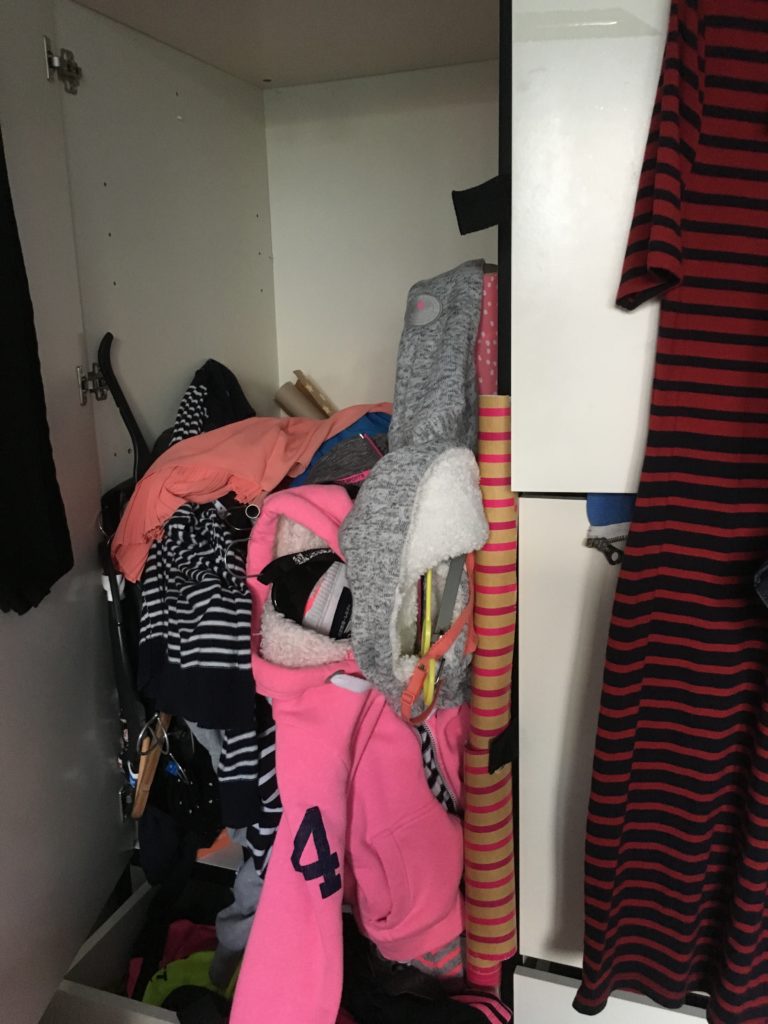 Day 309 – Monday 5th November – we’ve been struggling for a few weeks with our boiler making strange noises and the heating sometimes not coming on. We got an engineer out (for the second time) and received the shocking news that the boiler was giving off dangerously high levels of carbon monoxide – 500 times higher than normal! So no heating for us for a few days. 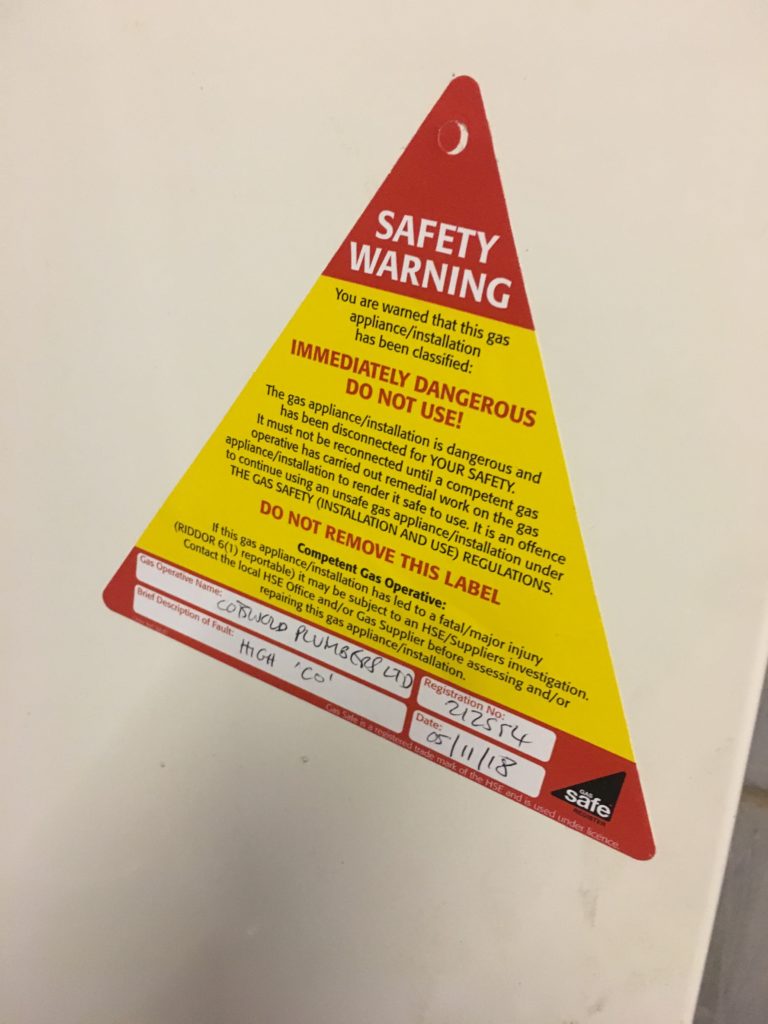 Day 310 – Tuesday 6th November – it never rains, but it pours. Today my car failed its MOT. It felt like the straw that broke the camel’s back. I’ve got a crazy few days ahead, which would be hard enough with a car, but impossible without one. Then we found a loophole! My MOT wasn’t actually due until Friday and as it hadn’t failed on anything very dangerous, I could actually keep driving on my old MOT certificate. Will get repairs done at the weekend and a retest on Monday. 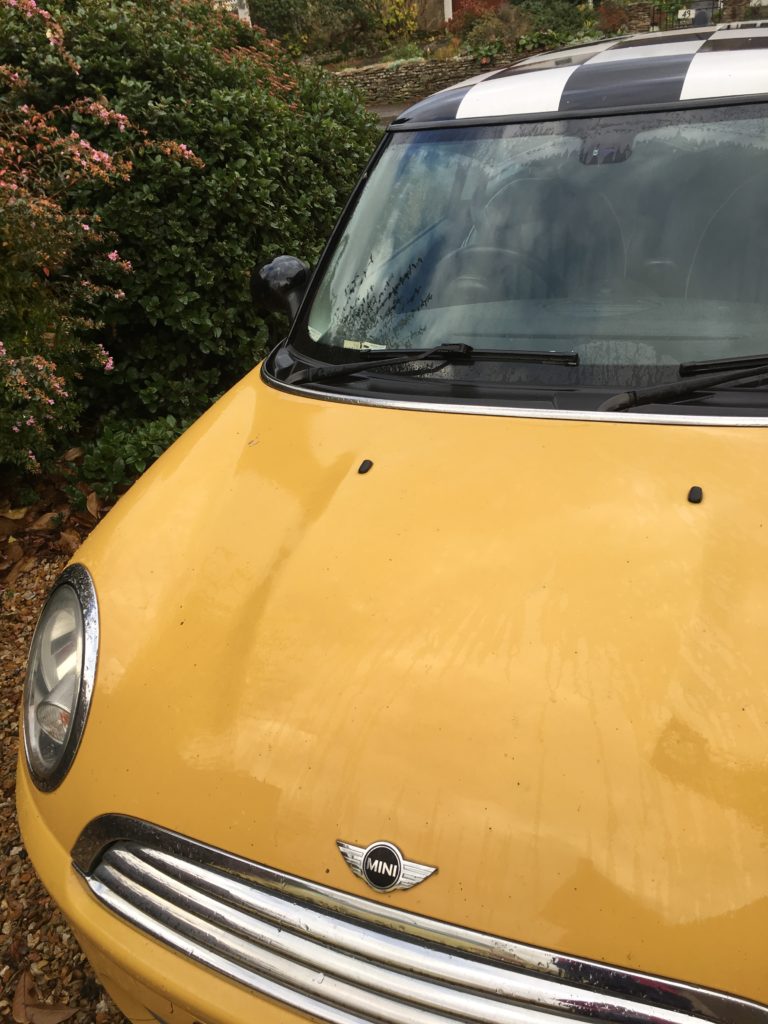 Day 311 – Wednesday 7th November – the German exchange boy is back! Last year, he arrived really early, so I spent the day stressing and making contingency plans for him being early this year. I had no choice but to take my daughter to ballet, to rehearsals and to a compulsory meeting with the theatre group. My husband was coaching football, not that he helps out with lifts anyway. My son skipped rugby so that he was at home ready for when the German boy arrived. And then they were an hour and a quarter late!

In other news, I accidentally ordered too much apple juice on my Tesco order, taking a leaf out of my friend Nikki’s (aka Stressy Mummy) book. On the plus side, the German boy drank two glasses of it as soon as he arrived. 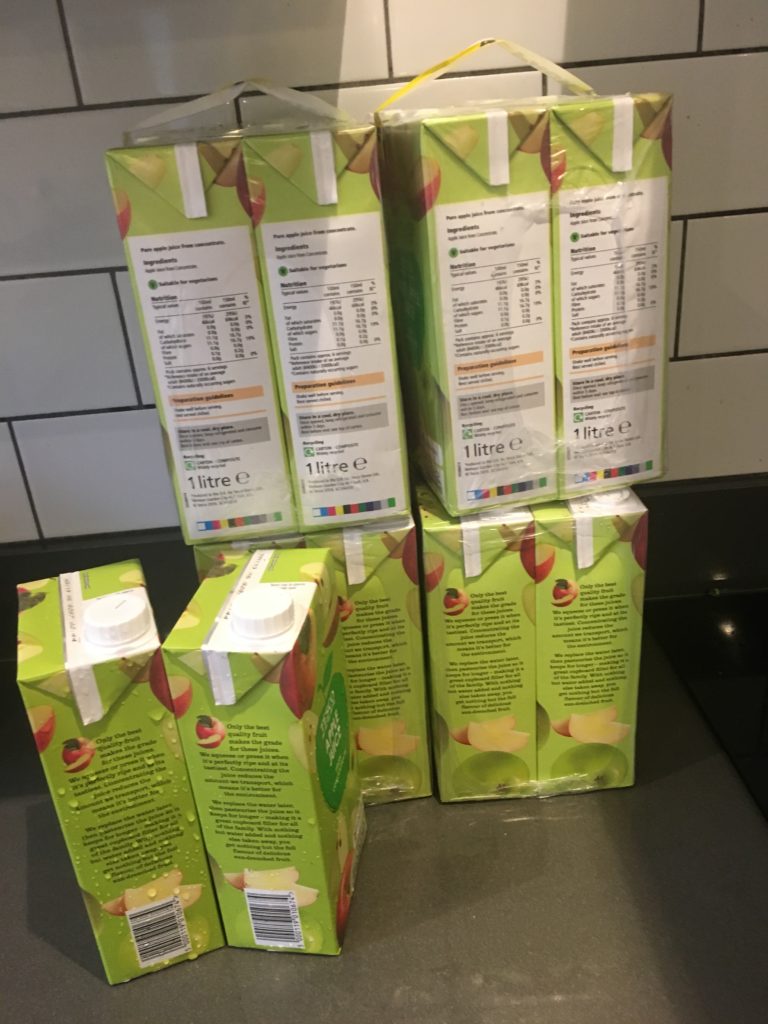 Day 312 – Thursday 8th November – I ran in some horrendous weather (you can see how I felt about it on my Instagram) and was so wet when I got home that putting my clothes in the washing machine actually helped dry them! But I did get to see a rainbow. 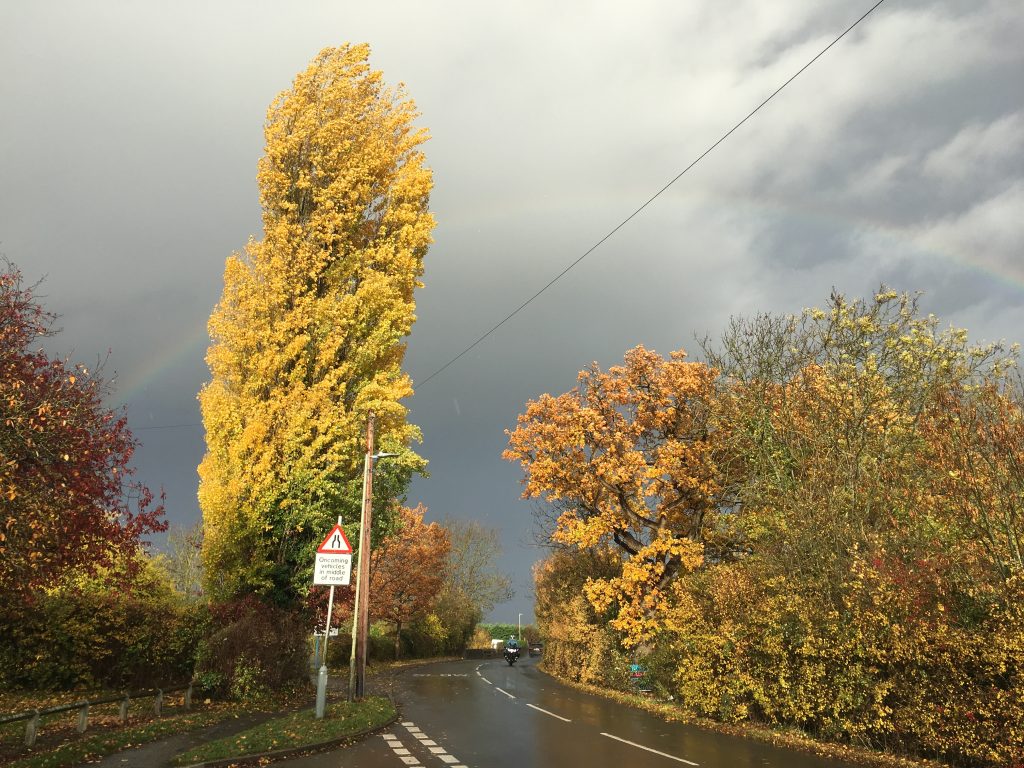 Day 313 – Friday 9th November – my daughter did a ballet performance with the rest of her Grade 4 class, but we we weren’t allowed to photograph it. She looked absolutely amazing, especially in her solo dance. In the evening, we introduced the German boy to ‘Friday treat’ and he went big with a cake and hot chocolate with cream. It always astounds me that people can have a drink with cream on it! The only photo I took today was of my poppy, to add to my very old Remembrance Day post, which has never had an image. 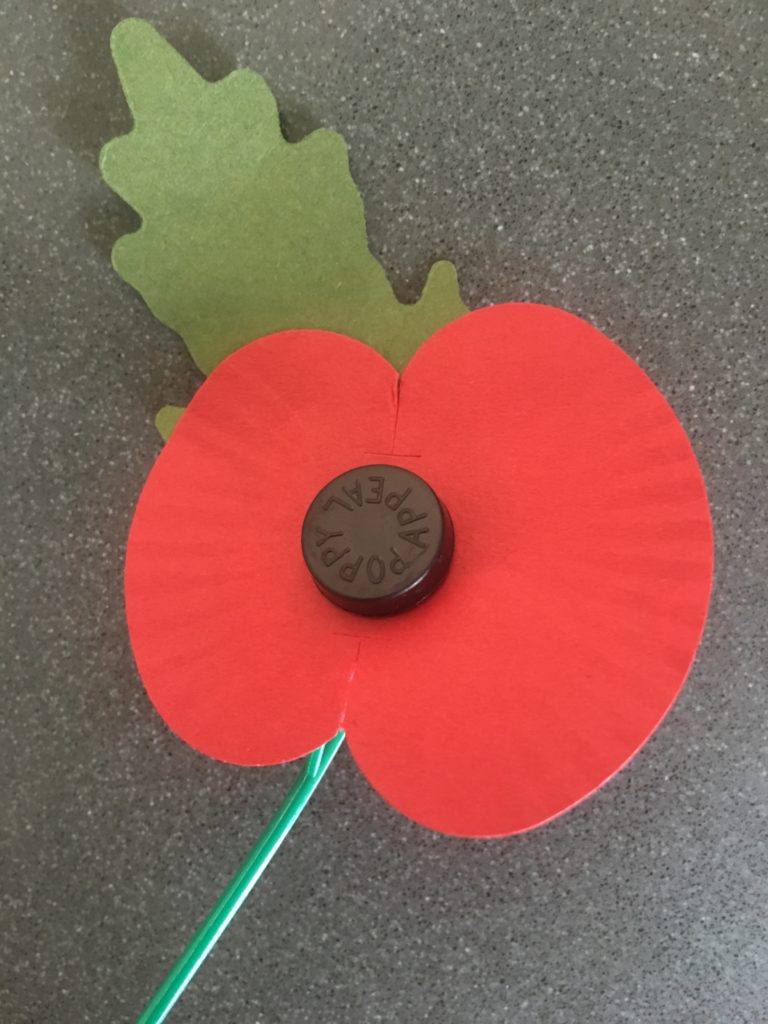 Day 314 – Saturday 10th November – my son had an away rugby match in Stratford-upon-Avon. We don’t always go to away games, but decided to go this one so that my son wouldn’t be away from the German boy for too long. It was a good win, but we got horribly lost on the way there and missed the first half. My son came away with even more ‘rugby aches’ than usual and his best friend left the pitch in an ambulance, so it wasn’t the best trip. (I’ve since heard that my son’s friend is OK, thank goodness.) We’d planned a nice walk around Stratford, but between my son’s injuries and the bad weather, we didn’t stay long. 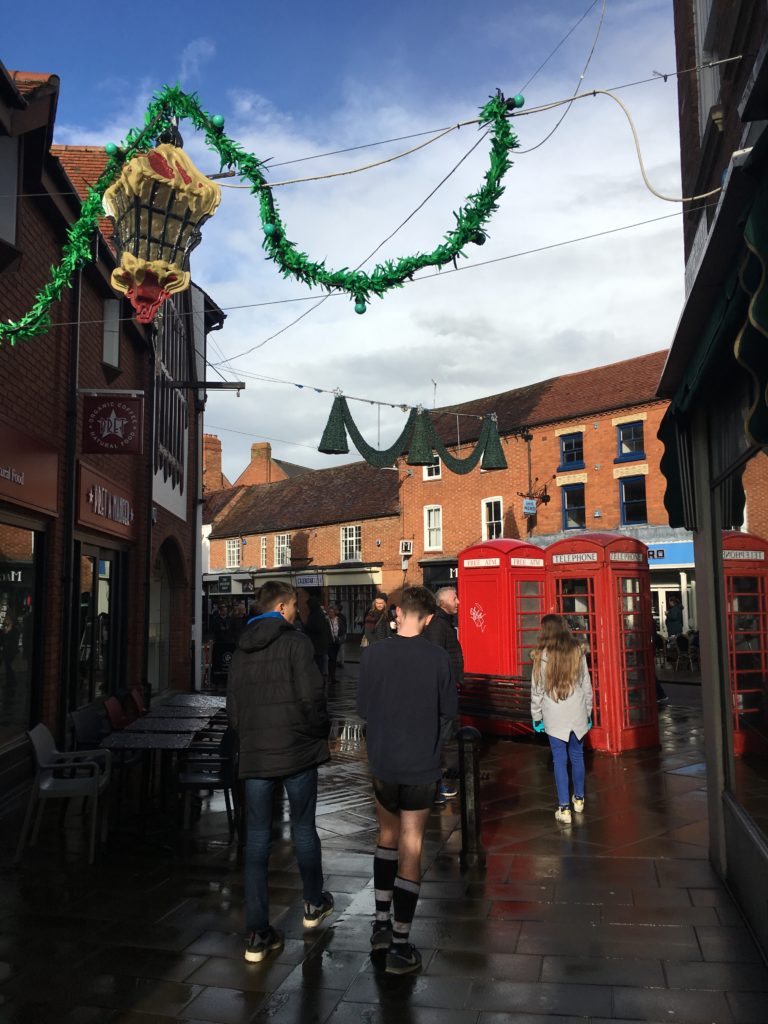