It’s been a busy couple of weeks, with half-term, a birthday and a half marathon.

Day 284 – Sunday 14th October – my husband and I went out for a 12 mile run in the worst weather. The rain was torrential, it was impossible to avoid the huge puddles everywhere, I was soaked to the skin and absolutely frozen. My ankle started hurting at 10 miles, so I rang my son to pick me up and he told me off for being out in such ridiculous weather! None of us were disappointed when my younger son’s football was called off. 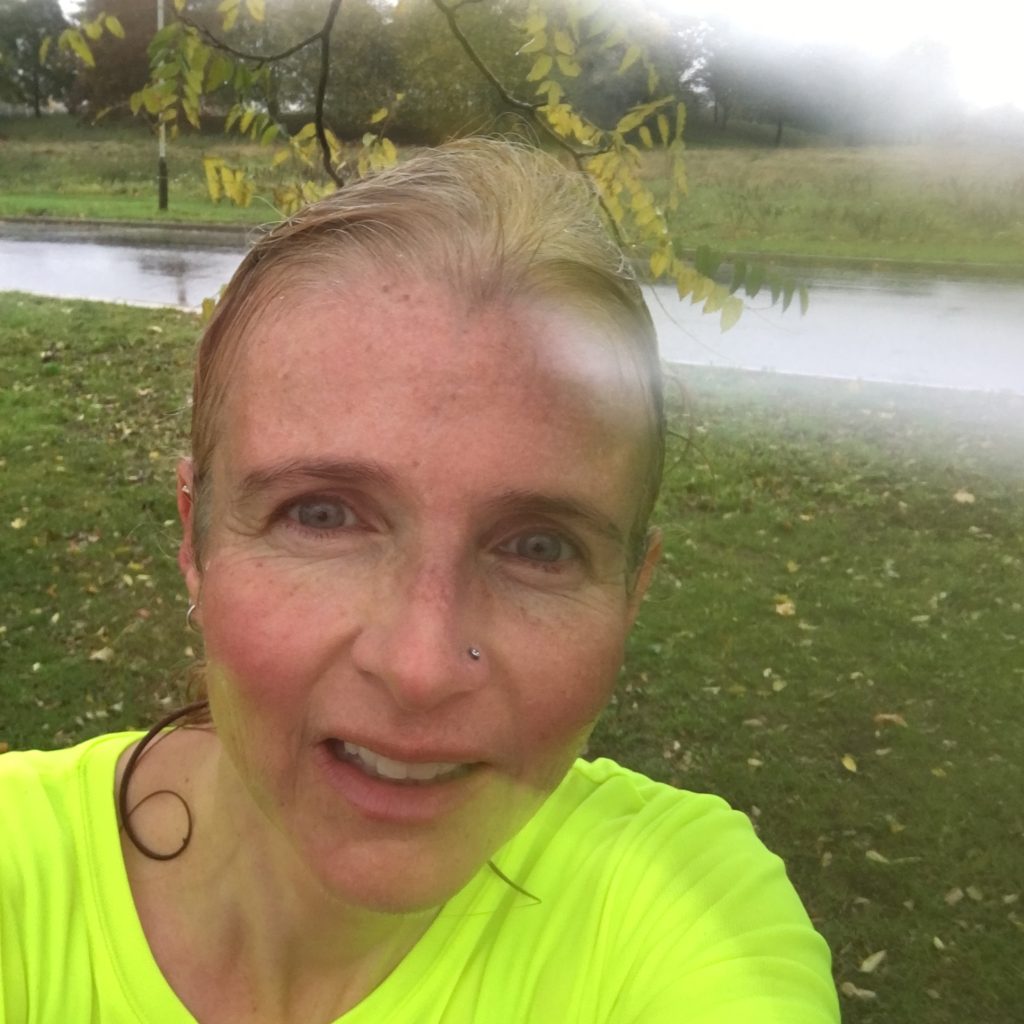 Day 285 – Monday 15th October – I met up with my friend, Suzanne aka Chicken Ruby, before she heads back to Dubai. Yes, I am terrible at taking selfies. 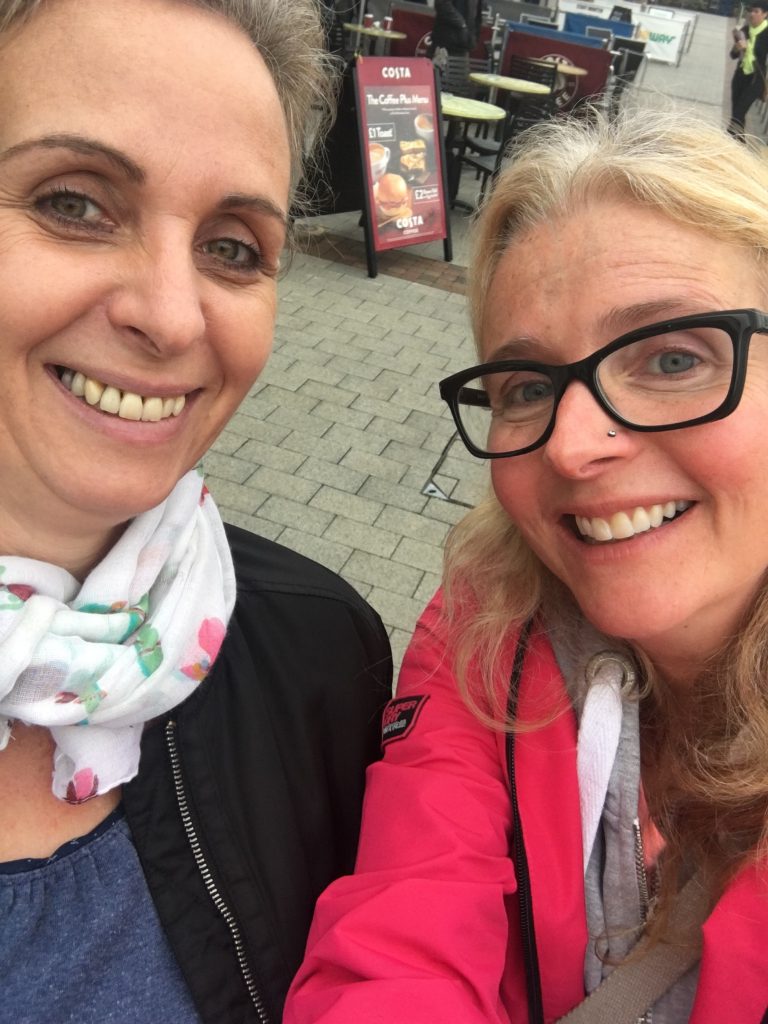 Day 286 – Tuesday 16th October – these are the very last flowers to bloom in our garden. They have just come out. We used to have three of these plants, but either the snow or the heat has killed them, so we just have two now. 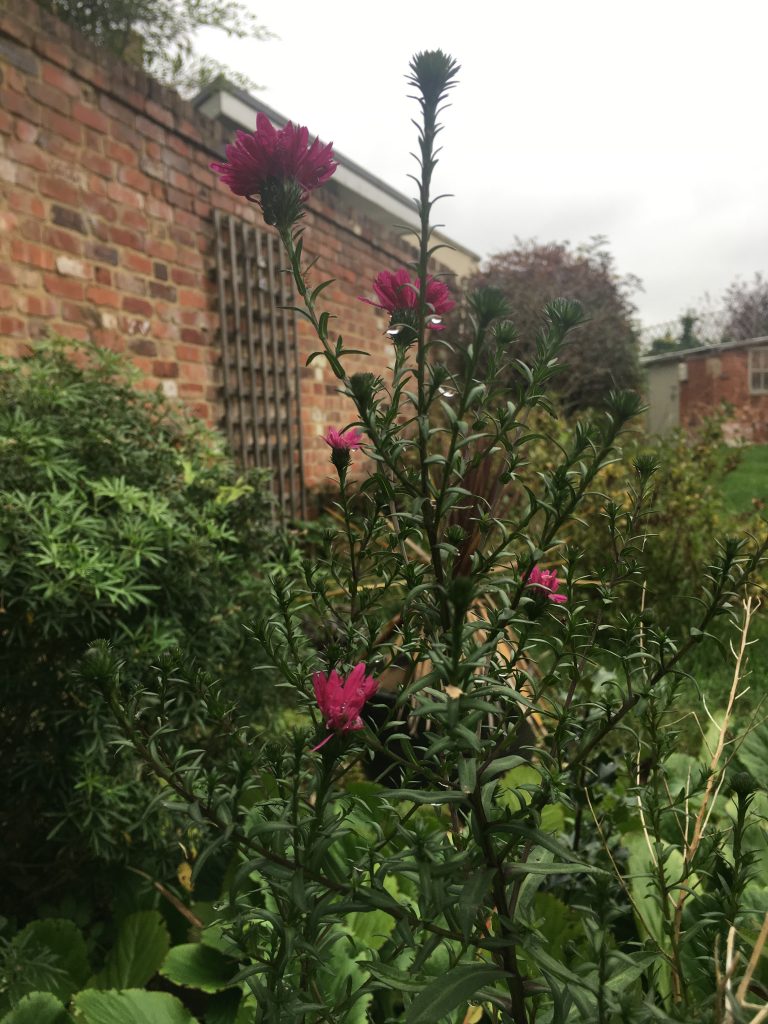 Day 287 – Wednesday 17th October – I was busy with work in the morning, then went to watch my younger son play in a rugby tournament in the afternoon. He played very well – scoring two solo tries within seconds of the first game starting. Sadly, they got knocked out in the semi-finals. He’s ready for half-term now as that was his third rugby match in under a week and he’s taken knocks in every one of them. Rugby is a brutal game. 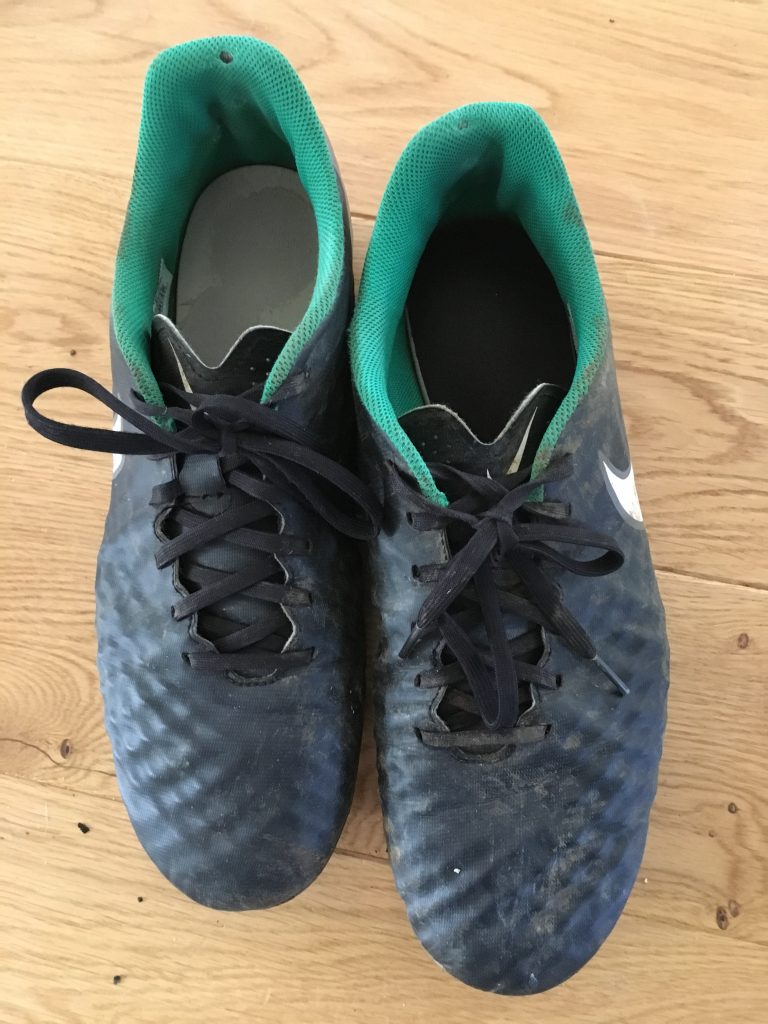 Day 288 – Thursday 18th October – the first day of half-term for my younger son. We decided to follow the rest of Gloucestershire and visit the new John Lewis store, which opened in Cheltenham today. My eldest got home from his school residential in the evening. The work he does from it is worth 20% of his geography A Level, so I really hope he’s picked up all the information he needs! 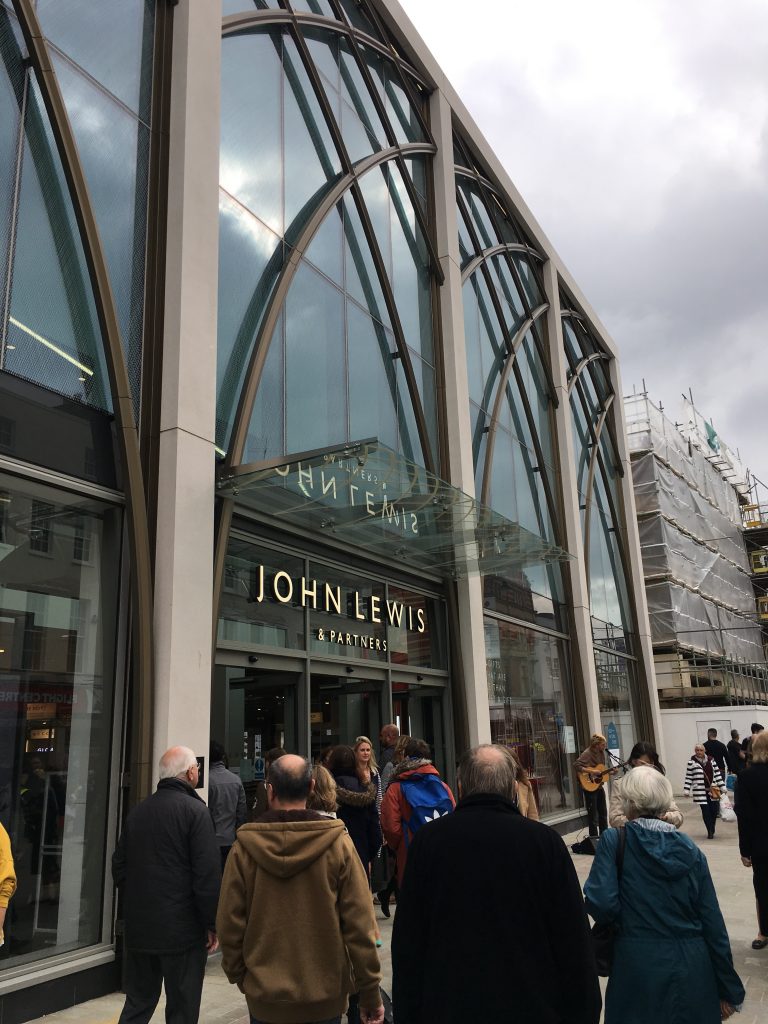 Day 289 – Friday 19th October – the start of half-term for everyone, so the kids got up pretty late. I went for an early morning walk before starting work. Day 290 – Saturday 20th October – happy birthday to my 15 year old boy! He didn’t really knew what he wanted, or what he wanted to do, but he had a nice day. Day 291 – Sunday 21st October – my husband, brother-in-law and I all ran the Stroud half marathon. It was harder than I remembered it! My time was just a few seconds slower than at Stroud last year, and two minutes outside my PB. 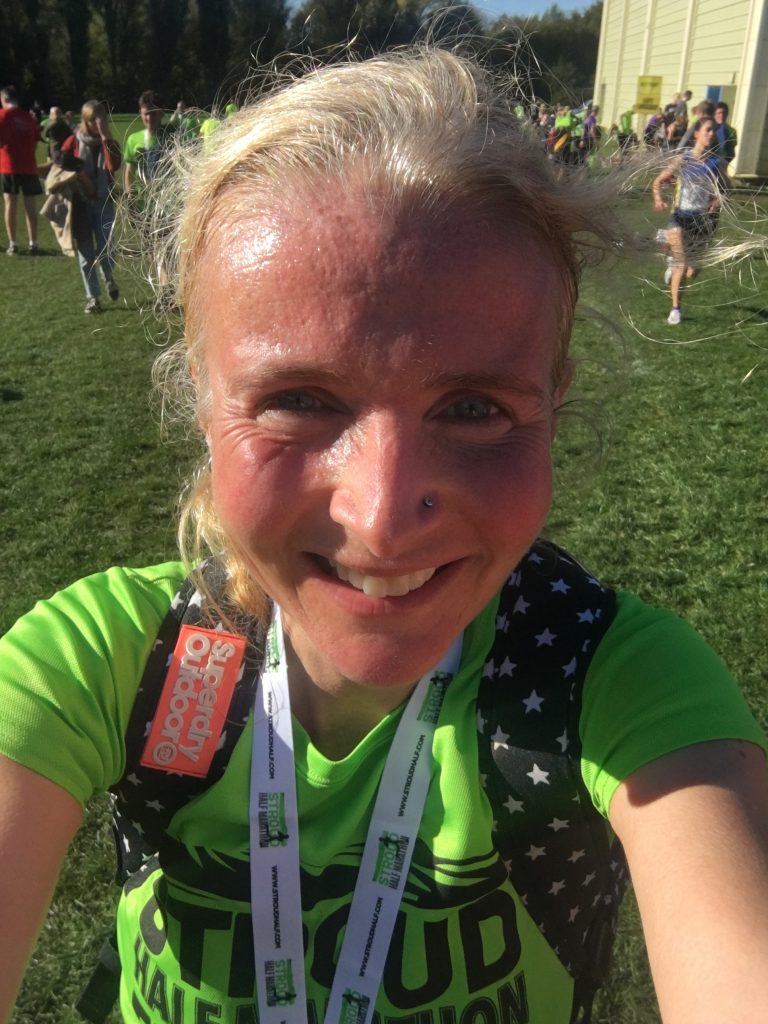 Day 292 – Monday 22nd October – my daughter went out with my family for most of the day and I tried to get on with some work. I was waiting on a lot of phone calls, which meant I didn’t make as much progress as I would have liked. The leaves have taken over in my garden. 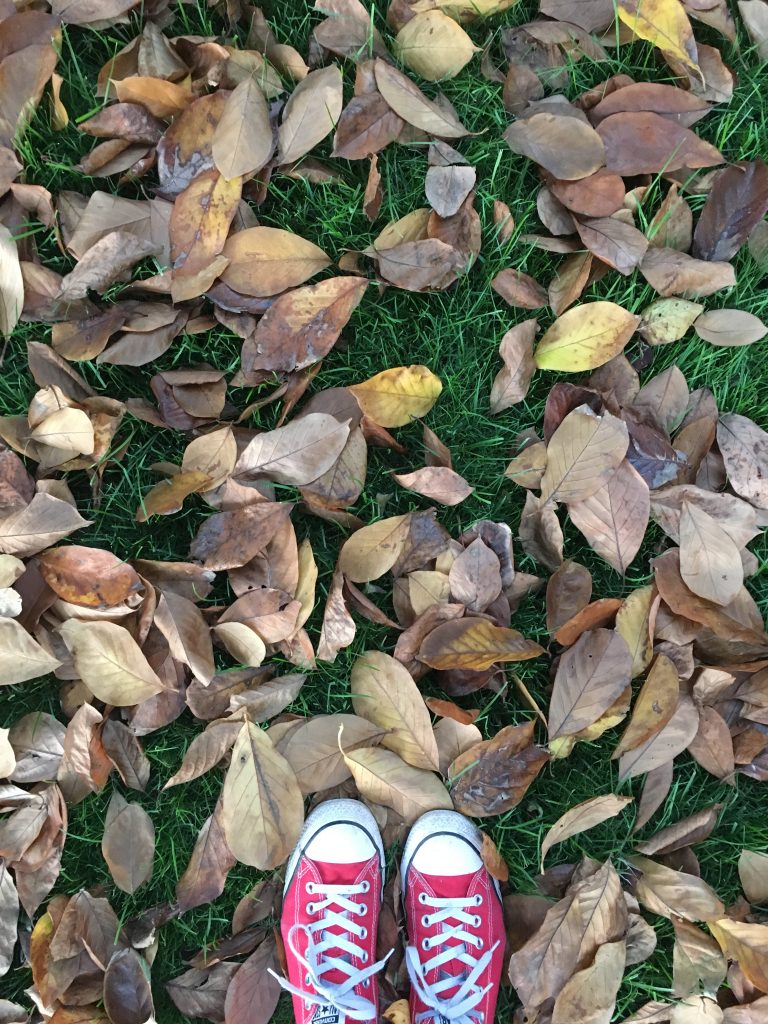 Day 293 – Tuesday 23rd October – a busy day of trying to work in between giving my daughter various lifts. This is my ensuite bathroom window. I sometimes share a photo of it on my Instagram stories when I wake up! 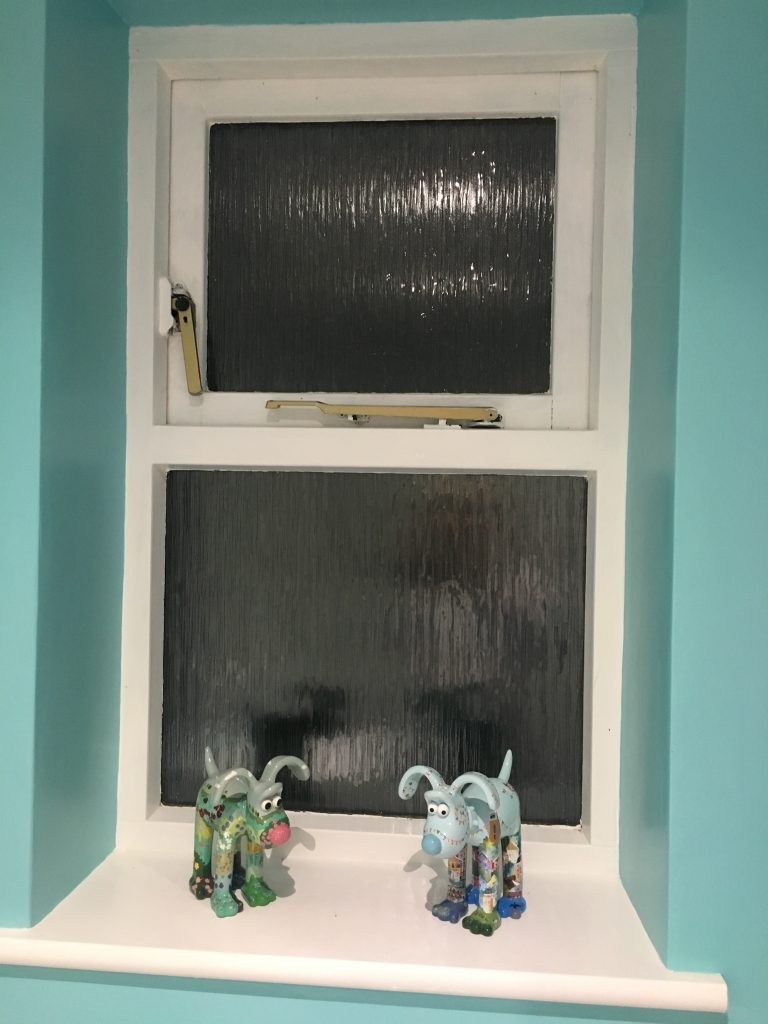 Day 294 – Wednesday 24th October – I took this on my early morning walk. I went to see the new Bohemian Rhapsody film about Freddie Mercury with my friend in the evening. I absolutely loved it! I am a massive Queen fan, so would be interested to know what others think of it. 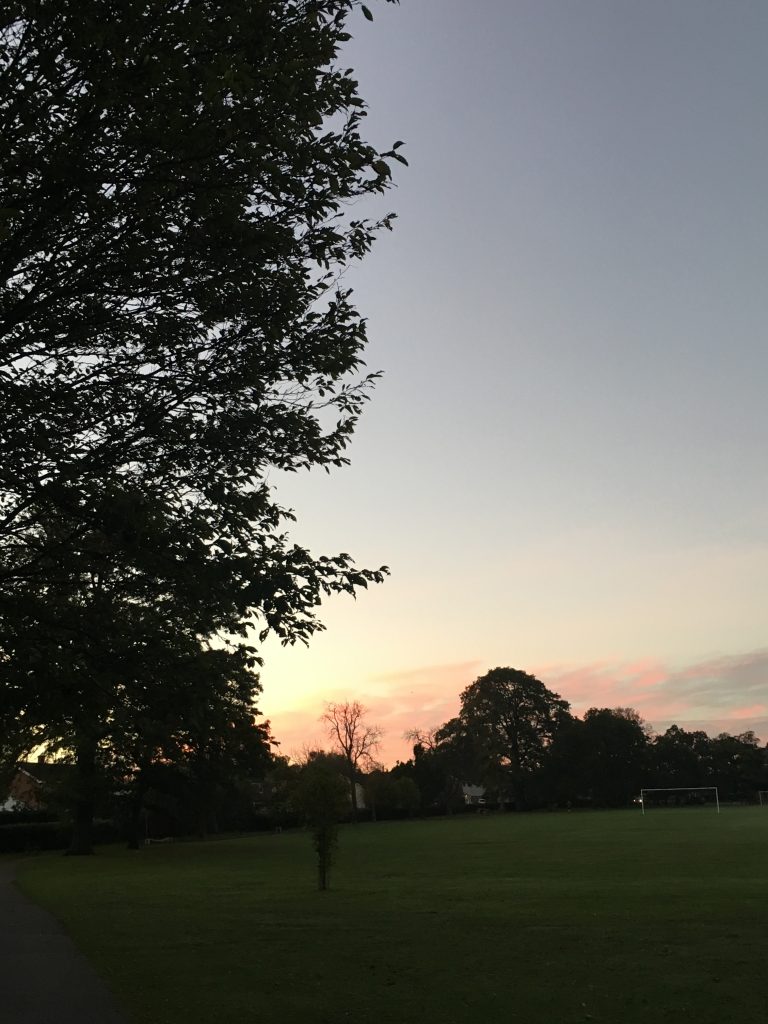 Day 295 – Thursday 25th October – my daughter asked me to take a photo of her with the autumn leaves for her art homework, but I don’t think we had enough leaves here! 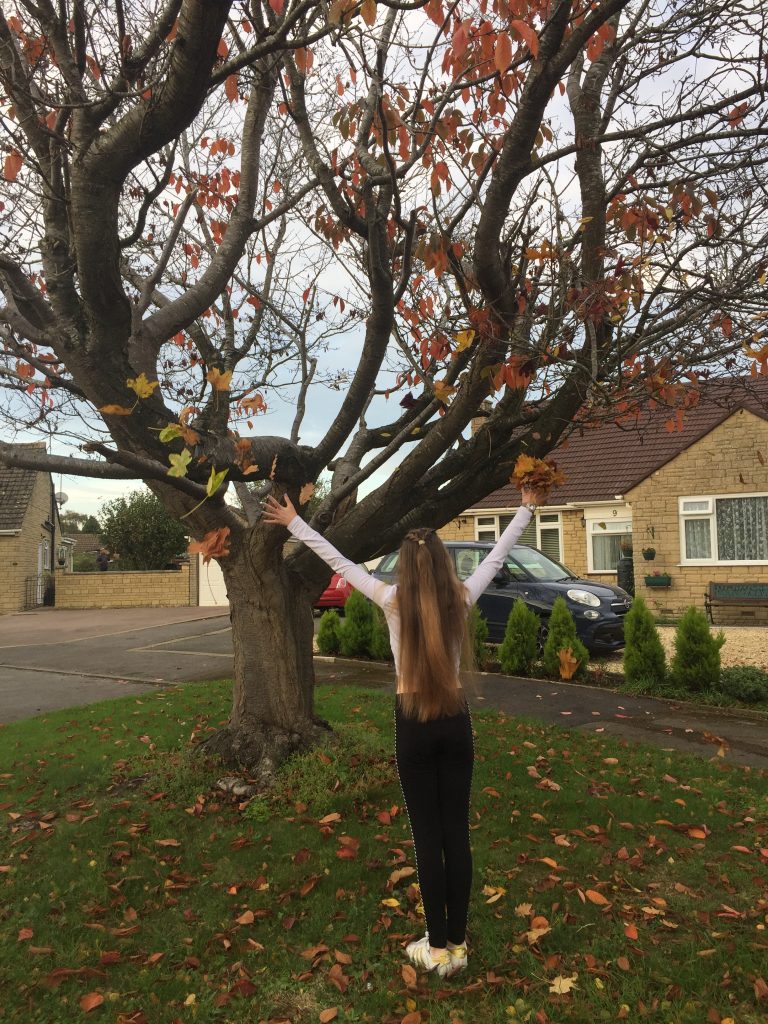 Day 296 – Friday 26th October – I’m cheating with this photo because, not only did I not take it, but I wasn’t even there when it was taken. My husband took the kids to Alton Towers. I really don’t like it there, so I stayed at home to work, clean and enjoy the peace. 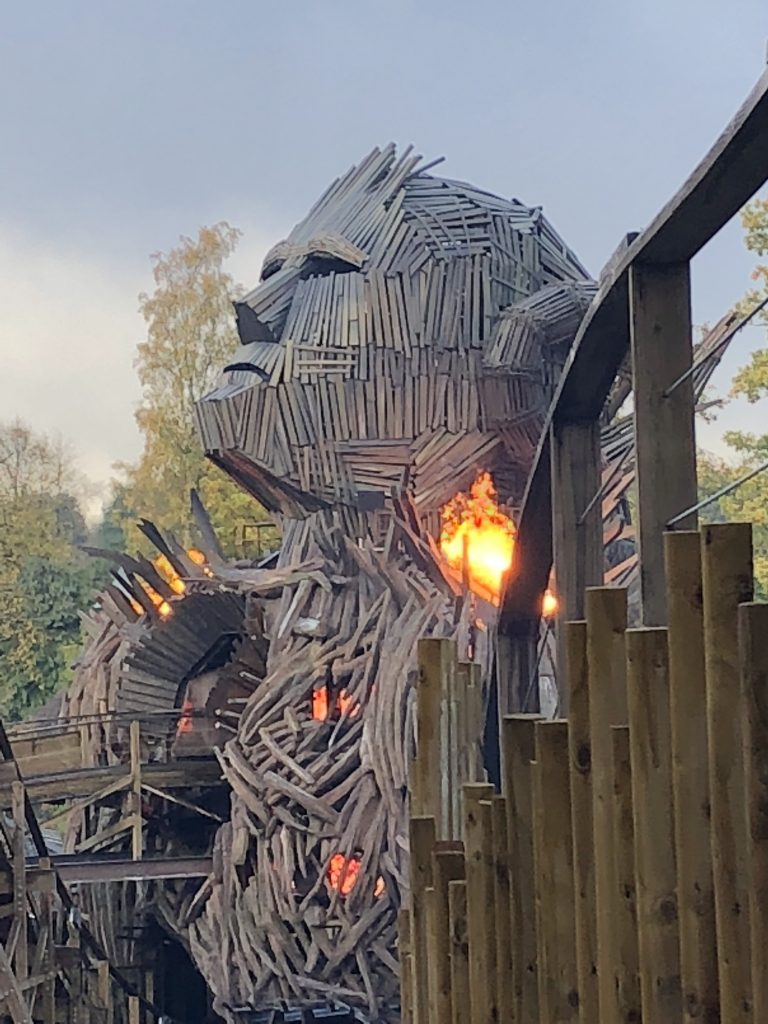 Day 297 – Saturday 27th October – the weather has turned cold and our heating is on the blink. We got our boiler fixed a few weeks ago, but it doesn’t seem to be working, so we’re using the gas fire. 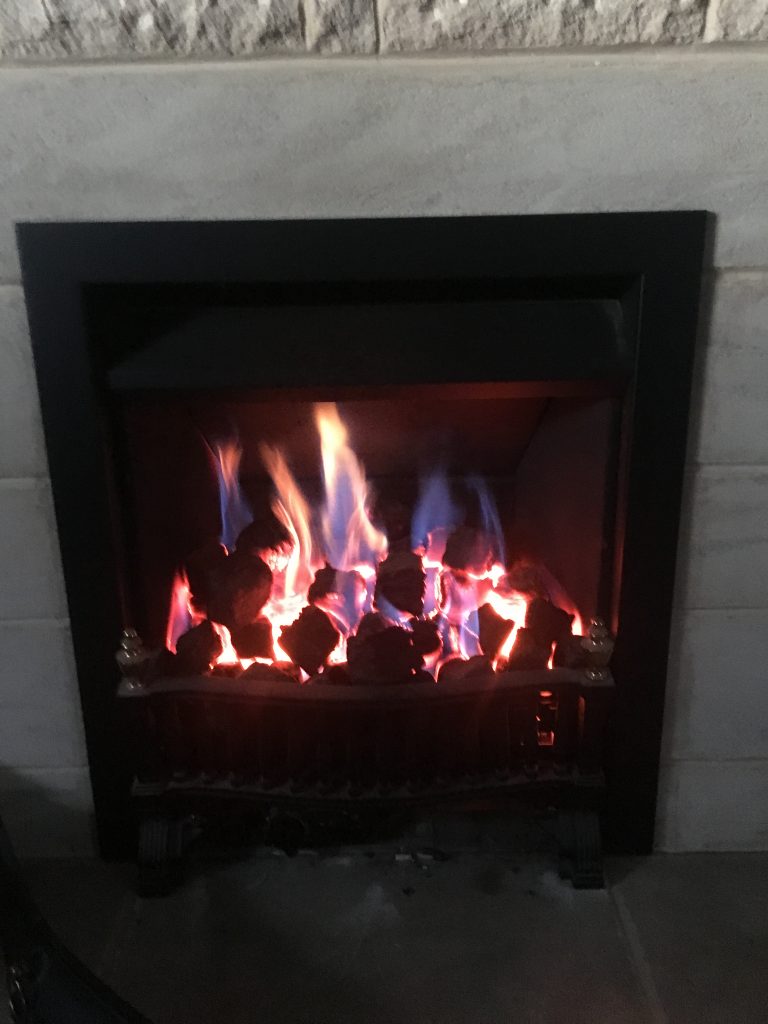