Regular readers will know that my daughter and I (but mainly me!) got a lot of pleasure out of tracking down Gromit, Feathers and Wallace on the streets of Bristol over the summer. I was disappointed not to complete the Gromit Unleashed 2 trail and find them all, as we didn’t have quite enough time. But we found 57 out of 67, so we did pretty well.

Before the sculptures were auctioned off to raise money for Bristol Children’s Hospital, they all went on display for one final time in a marquee outside Cribbs Causeway shopping centre in Bristol. The exhibition was known as The Greatest Dog Show on Earth and I needed to go! I had unfinished business.

But my daughter didn’t want to go.

‘I don’t just want to see them, the fun part is finding them.’

And I could see her point. So I put The Greatest Dog Show on Earth out of my mind. Until I saw that my friend Nikki aka Stressy Mummy had been. Then my parents went too.

What on earth was I doing? Why wasn’t I going?

So I announced to my family: ‘I’m going to see the Gromits. I don’t care if you want to come with me or not, I want to see them, so I will go on my own!’.

But my daughter was disappointed as I’d only gone and ruined my own birthday surprise. My daughter is a very caring girl. She knows how much I love the Gromits and how much I wanted to see those last few. So she’d decided we could go there on my birthday. She just needed my husband and his debit card to book it for us. Unfortunately there were no tickets left for my birthday.

But a week after my birthday, my husband, younger son, daughter and I went to The Greatest Dog Show on Earth. 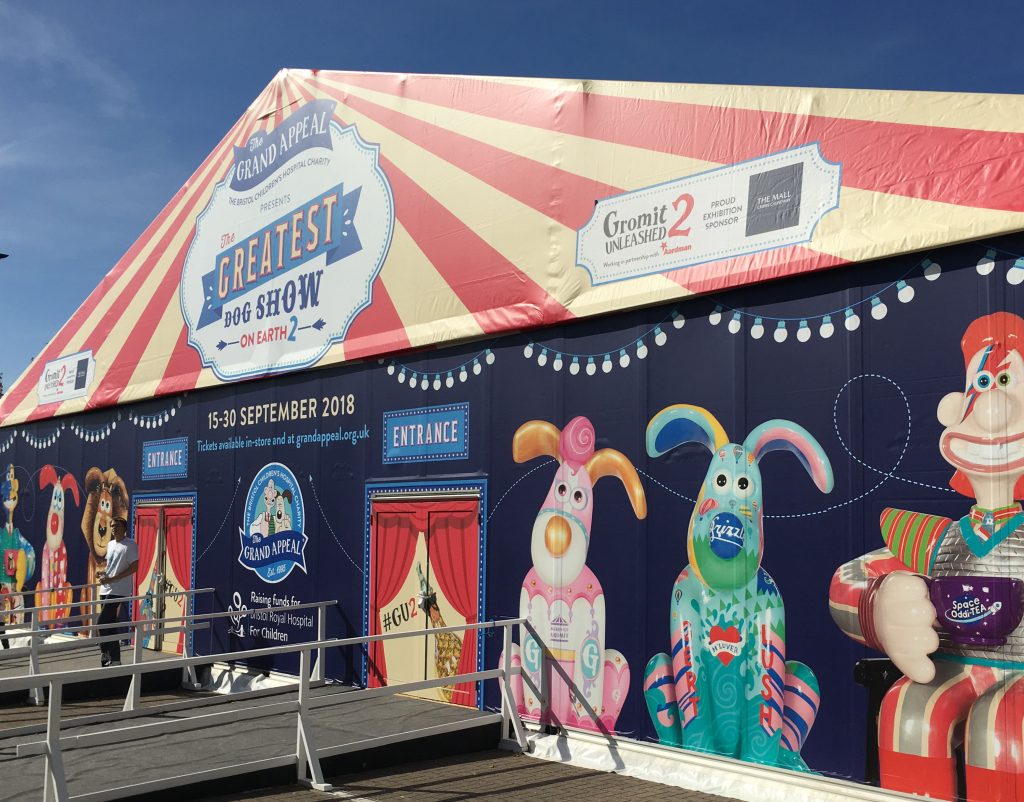 You book a time slot and there is a rather large queue, which makes you think it’s going to be packed out, but there’s plenty of space to walk round and see all of the sculptures properly. You can’t get as close to them as you can on the streets of Bristol, so the photos aren’t quite as good. 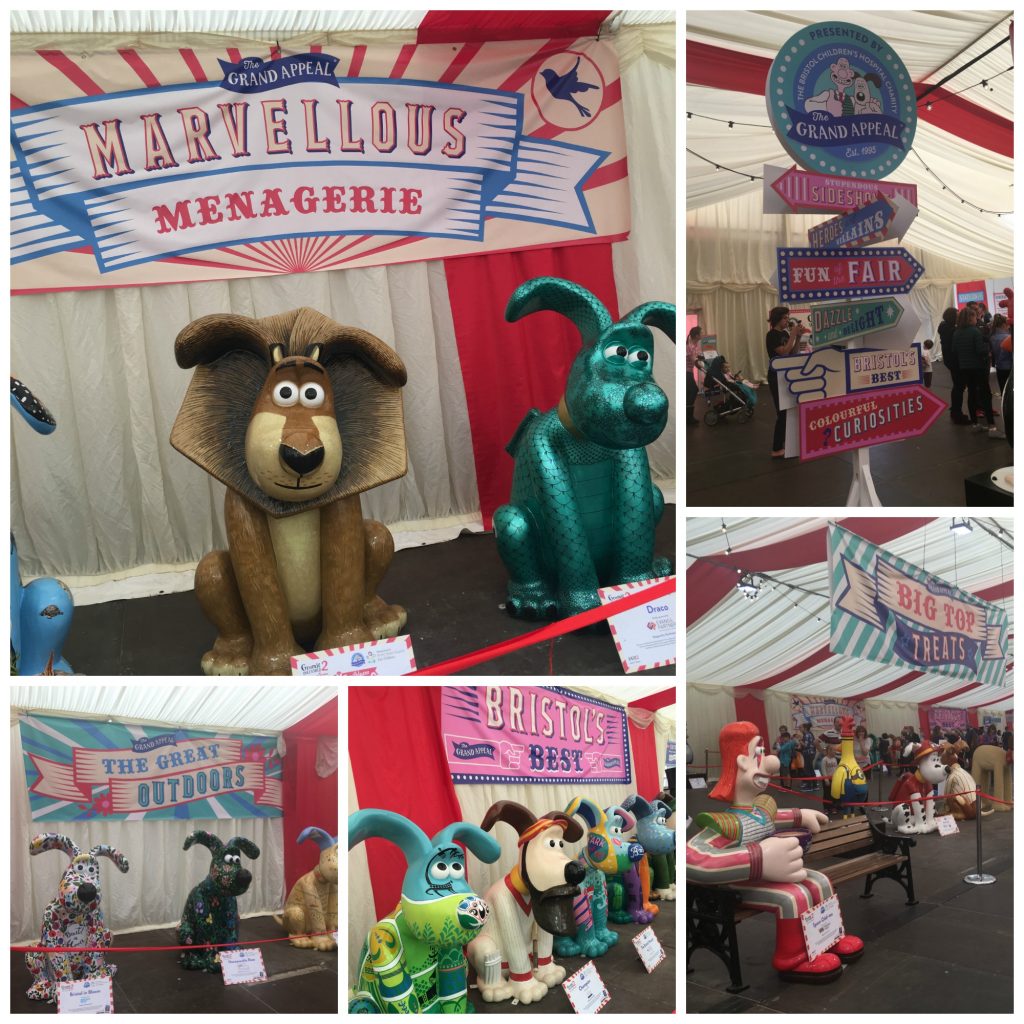 It didn’t take long to see them, but I made sure to take it all in – including some of my favourites I’d already seen – because it was the last time I would get to see them. My daughter was right, it wasn’t as much fun as actually looking for them, but it was still worth going to see them. We even realised we could complete the app, so now my app shows that we found all 67 sculptures, not just 57. 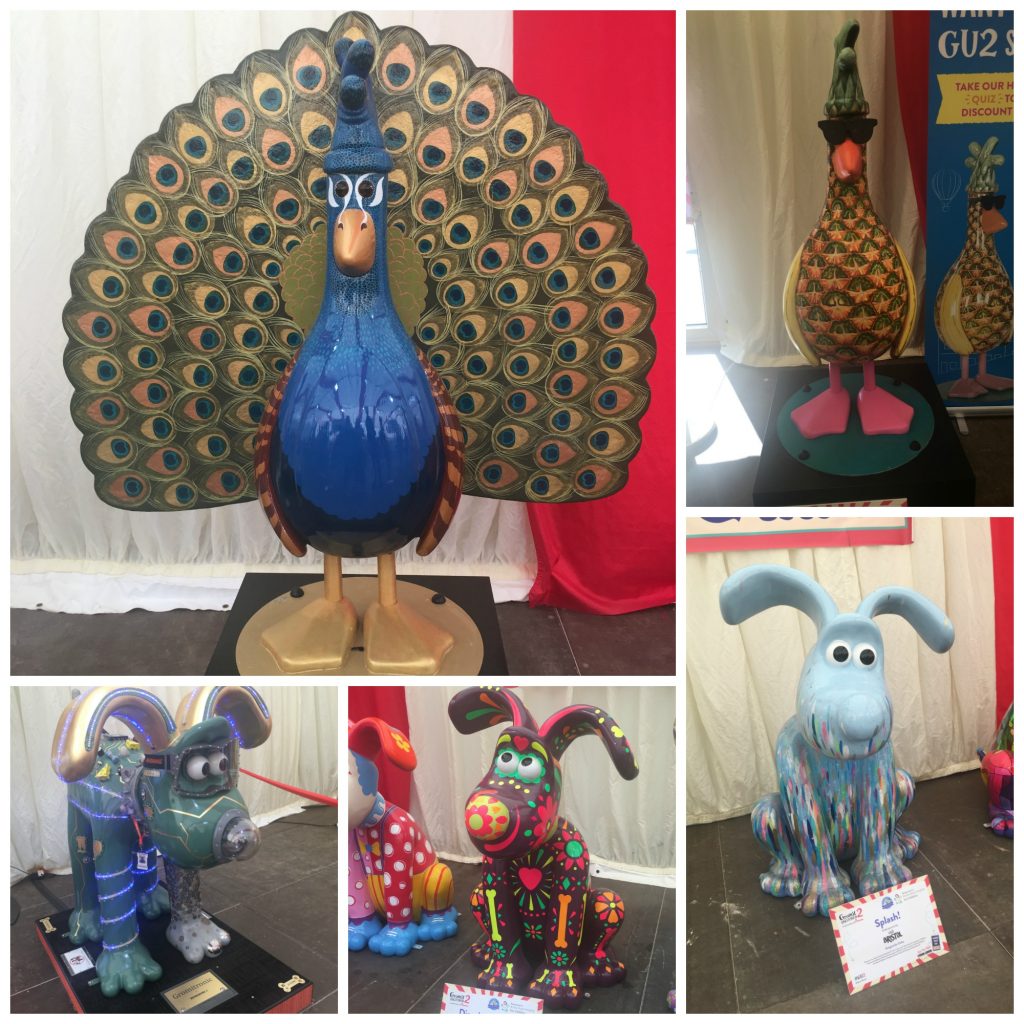 A few days later, the Gromits, Feathers and Wallaces were all auctioned off. The top seller was A Grand Tribute, a Wallace in tribute to Peter Sallis, who voiced him in the films, which sold for £55,000. Wallace in Wonderland, one of my favourites sold for £40,000. I was surprised that Gromjet, the flying Gromit, didn’t sell for more than £25,000. My own absolute favourite Pickle McPrickles sold for only £15,000. And I’m not joking when I say that if I’d had £15,000 to spare, I would have bought him myself!

I’m glad I got to see all of the Gromits before they were sold. Otherwise, they would always have been unfinished business. 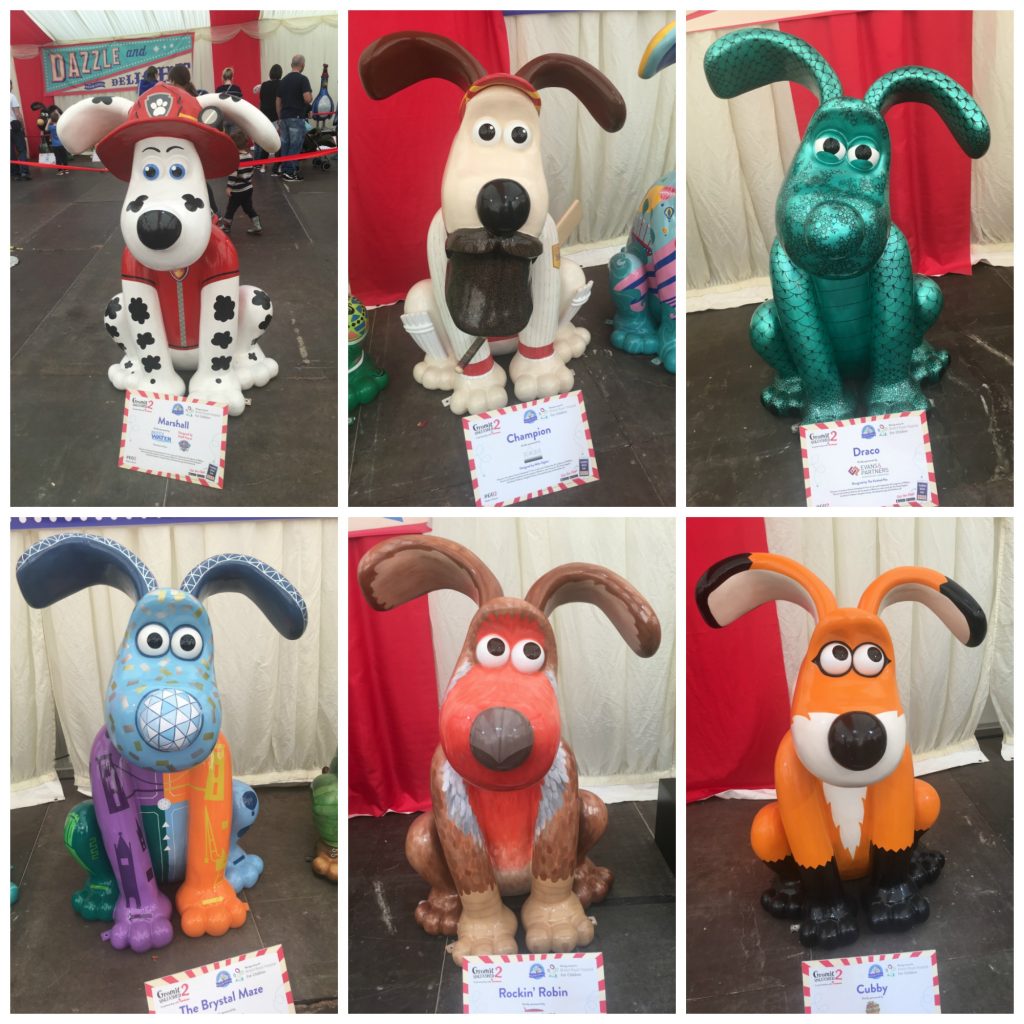