It’s been another very hot week, and a busy one too as we head towards the end of term.

Day 189 – Sunday 8th July – although we celebrated our wedding anniversary last week, today was our actual wedding anniversary. I was happy to just do my chores, but my husband and the kids thought we should go Gromit hunting in Bristol instead. We looked for the ones outside the city centre as we had the car with us. It was VERY hot.

Day 190 – Monday 9th July – the weather is still very hot. The guinea pigs struggle with it, particularly Wilfred, even though he has short hair. The ice bottle helps cool them down. 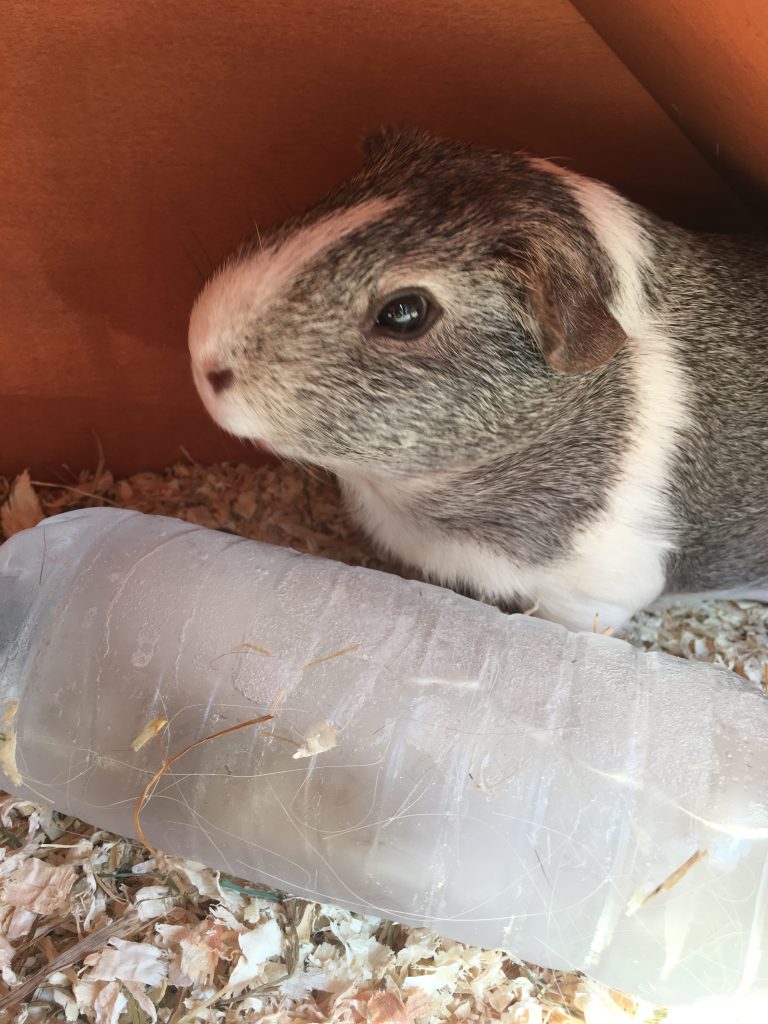 Day 191 – Tuesday 10th July – my old friend from university came over to visit me. I don’t think I’ve seen her for about four years. It’s amazing how well we get on when we do get together, we should definitely see each other more often! Although the only photo I took today was another guinea pig picture. Does everyone match their pyjamas to their pets? Day 192 – Wednesday 11th July – I had hoped to share some sort of triumphant England photo today, but it wasn’t to be. England went out of the World Cup in the semi-finals, but didn’t they have an amazing run? I went out for lunch with my blogging friend, Karen, from Stopping at Two. I’ll be honest, the vegan burger was a bit too chewy and hard to eat. Karen’s food looked way better! 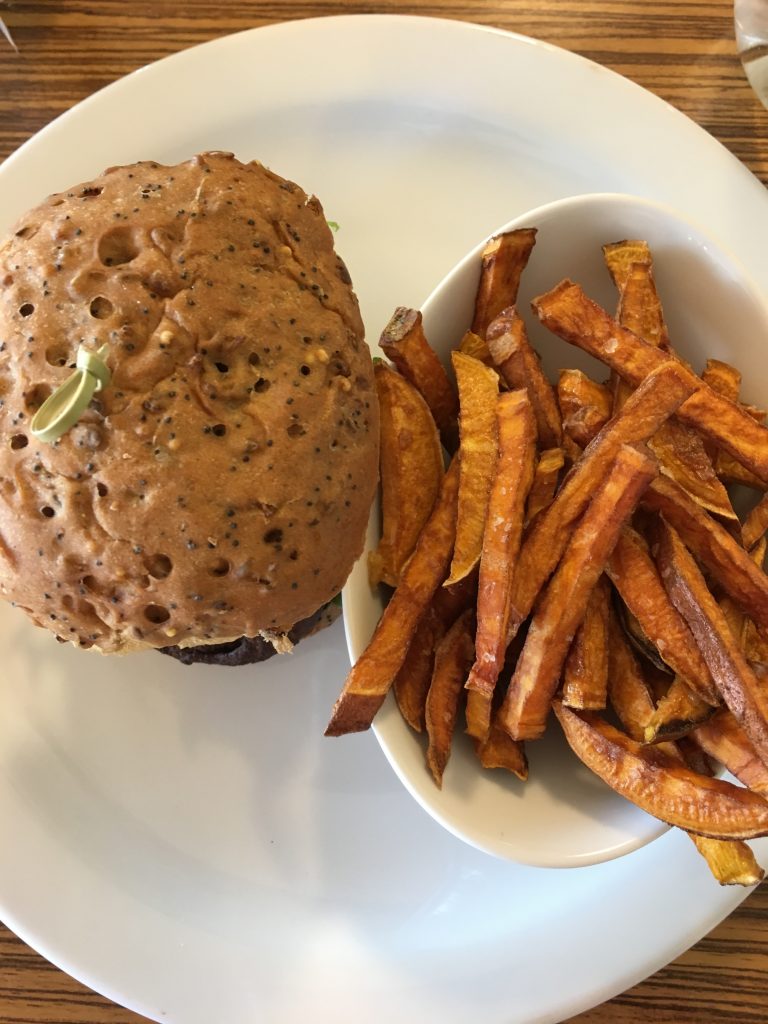 Day 193 – Thursday 12th July – extra driving around this evening as I had to pick my eldest up from school after a school trip. He had his first proper driving lesson (he’s already had a few with my husband), but we didn’t see him, as he was picked up and dropped off at his place of work. My husband and I went to see my son’s school drama performance in the evening. It was so much fun, with nearly every child in years 7 to 10 taking part. The second hydrangea in the garden is starting to flower, sustained with bath water from a week ago and the last few drops of water from the kids’ and guinea pigs’ water bottles! 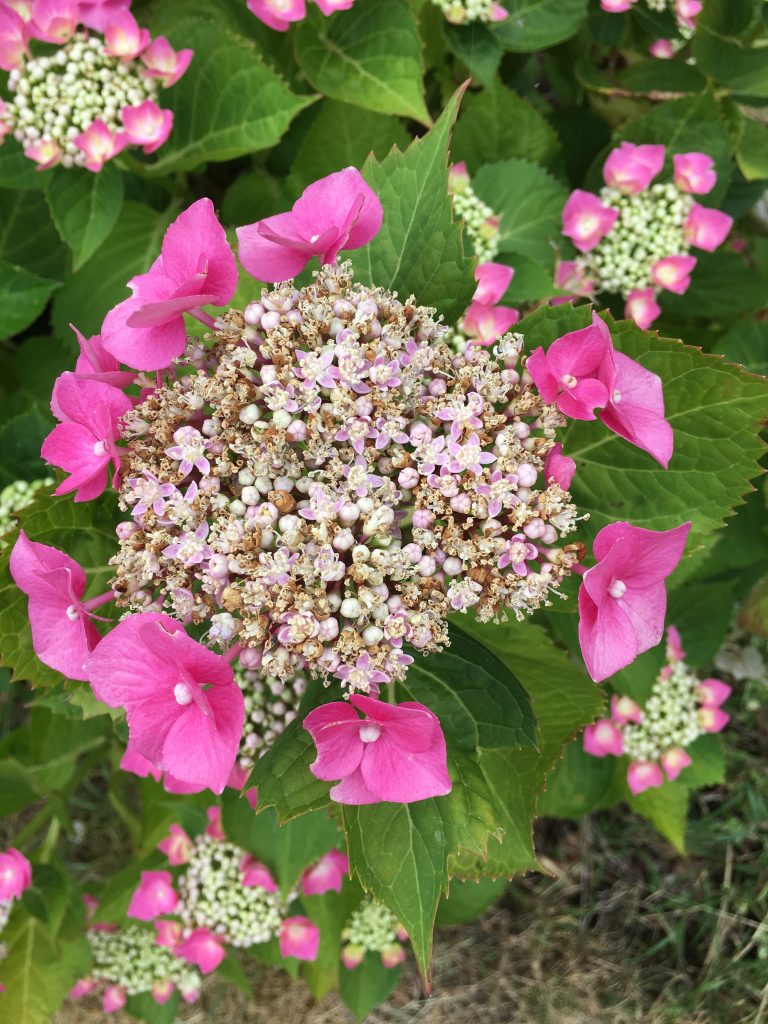 Day 194 – Friday 13th July – my younger son’s last day of term already! Although he enjoys school, he seems very happy to have finished for the year. And we finally got some rain. It actually poured for a few hours (and I got soaked, but I didn’t mind). It last rained on 16th June, but even that was only a tiny bit. I don’t remember when we last had proper rain. The rain left us with a rather dramatic sunset. 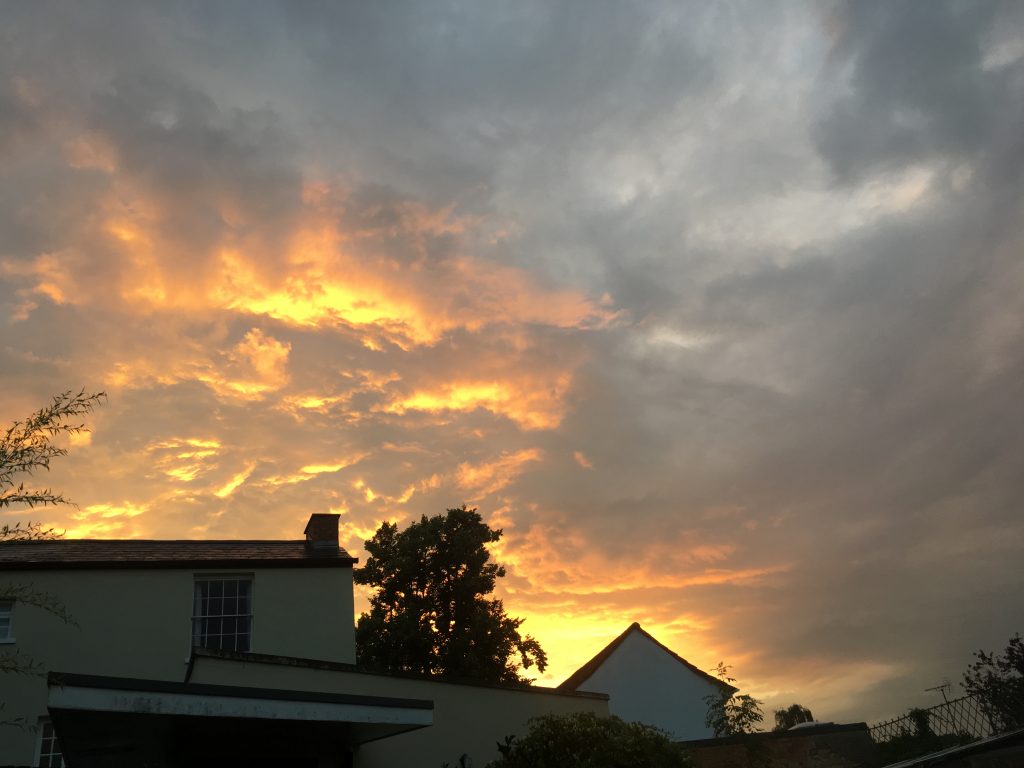 Day 195 – Saturday 14th July – no sun for parkrun, but it was warmer than it looked. I ran slightly faster than last week, but still can’t get below the 23 minutes. Keep everything crossed for me – we’ve got a teenage party in the garden later and I’m dreading it. 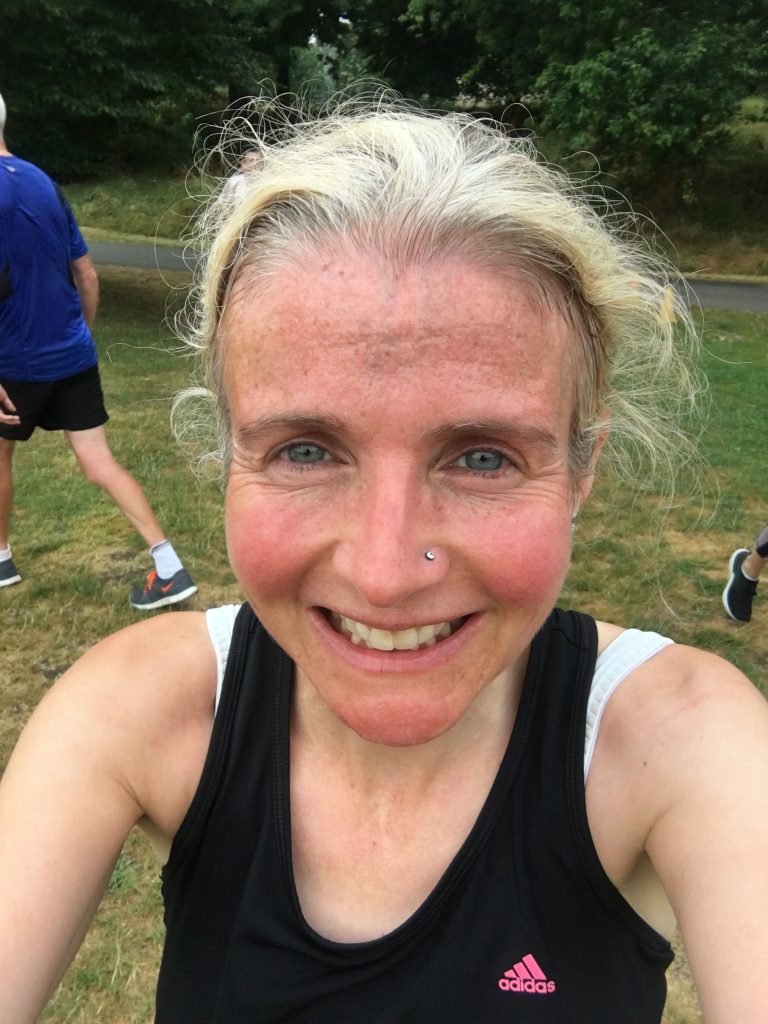