If you ask my eldest and my daughter want they think of each other, they will tell you that they hate each other. They argue from the second they see each other in the morning. They will argue about literally everything – who touched whose stuff, who made a mess, who said something horrible, who sang too loudly… They would argue that black was white. It is very tiring.

And yet they have this strange bond.

My daughter is drawn to my son like a moth to a flame. I do wonder why, when he always has a go at her, she doesn’t just stay away from him. And I do wonder, if she is so embarrassing, why he always wants her approval.

Being at the same school has been good for them. They have this relationship where they are quite dependent on each other. While continuing to hate each other, of course.

Being a girls’ school, they are one of only two sets of brothers and sisters at the school. And he is the only boy with a sister in Year 7.

They know each others’ friends and my son’s friends think my daughter is ‘cute’. Parading his little sister is good for the street cred, so he often takes pictures of her to send to his (female) friends.

My daughter’s friends think her brother is ‘weird’, but they are still fascinated by this alien being.

My son applied to be head boy and the sister was desperate for him to get it. He didn’t get it, so he applied for house captain instead. My daughter told all of her friends to vote for him, which probably really helped him to win. Having your brother as house captain has to be good for the street cred. Having each other at the school seems to double their popularity as their friends are fascinated by their sibling.

They might ‘hate’ each other, but they are a pair. Teachers know my daughter’s brother and my son’s sister. They are an odd couple and strangely reliant on each other. I actually wonder how my daughter will find it when her brother leaves school. He might be ‘weird’, but he makes her feel safe.

They might hate each other, but blood is thicker than water. 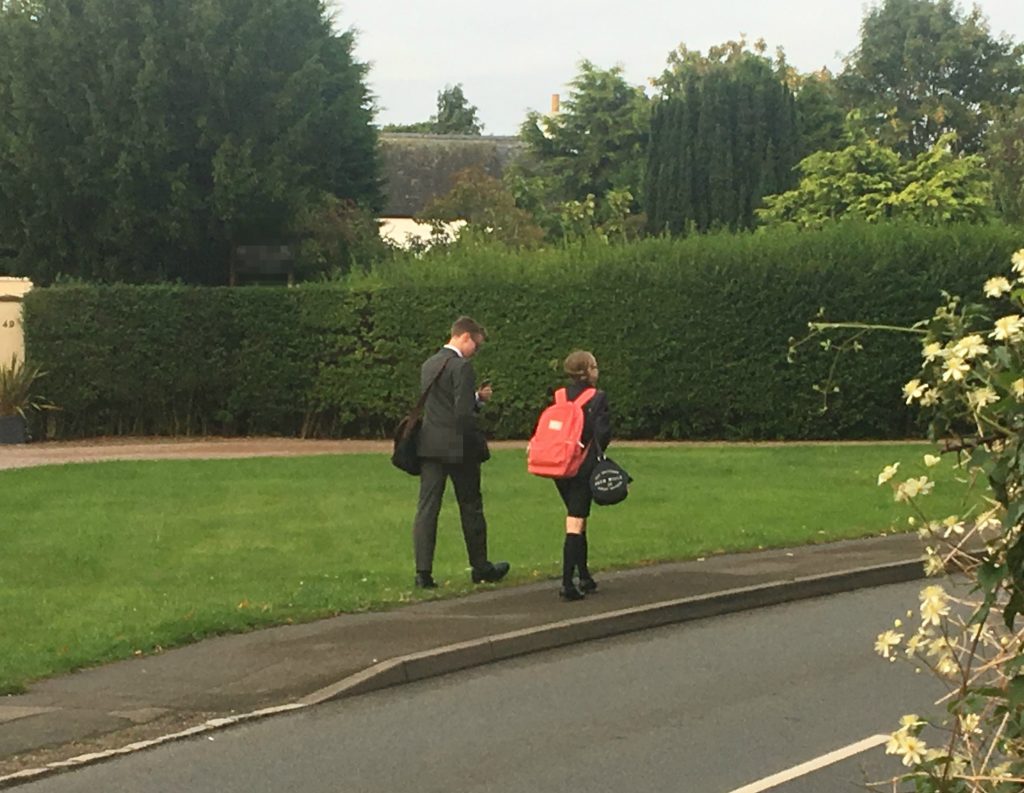