My daughter started making slime last spring. And she hasn’t stopped since.

Most fads last a few weeks, or a couple of months at most. (Remember loom bands?) But not slime.

From the start, it seemed that my daughter was particularly good at making slime. There must be some sort of knack to it because some people can’t get it right. It’s too sticky, too runny, too rubbery. So because my daughter’s slime was good, people started asking if they could buy some.

Soon after she started at her new school, she was making a lot of slime for people. She had a bit of trouble with pricing it. Her friends were often short of cash and wanted just £1’s worth, which is a very small piece. They would tell her what colour and size they wanted and she would make it to order. Her prices varied between about £1 and £2.50, depending on the size and whether it had anything like glitter or foam beads in it (floam slime). She put the slime in a freezer bag and took it to school.

But one day a bag leaked and got on a school book, so she stopped selling slime. A teacher told her that slime wasn’t allowed at school, but that must have been a rule set last year and nobody had bothered to tell the Year 7s. 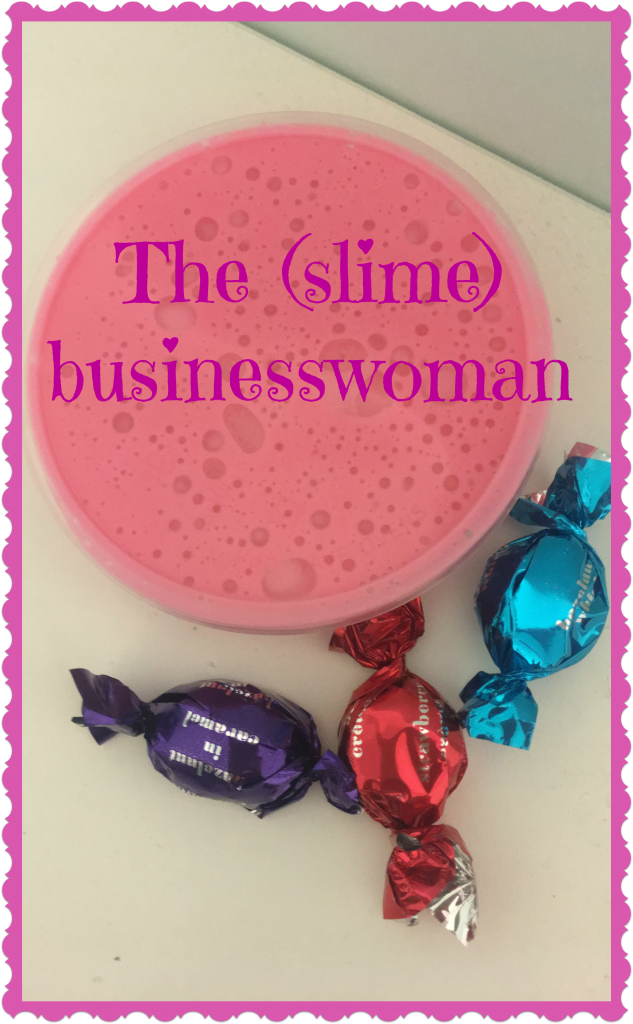 But then her friends started asking for her slime again and my daughter took her business to a new level. She bought some cheap little pots online (no more leaky freezer bags!) and stopped selling slime for £1. She would fill a pot for £2.50 and that’s how much it cost. There was no negotiation on the price. Her pots had her business logo stuck on them (designed by one of her friends from school) and came with a flier she’d typed up herself on slime care. They also came with a chocolate (one of her many leftover chocolates from Christmas). 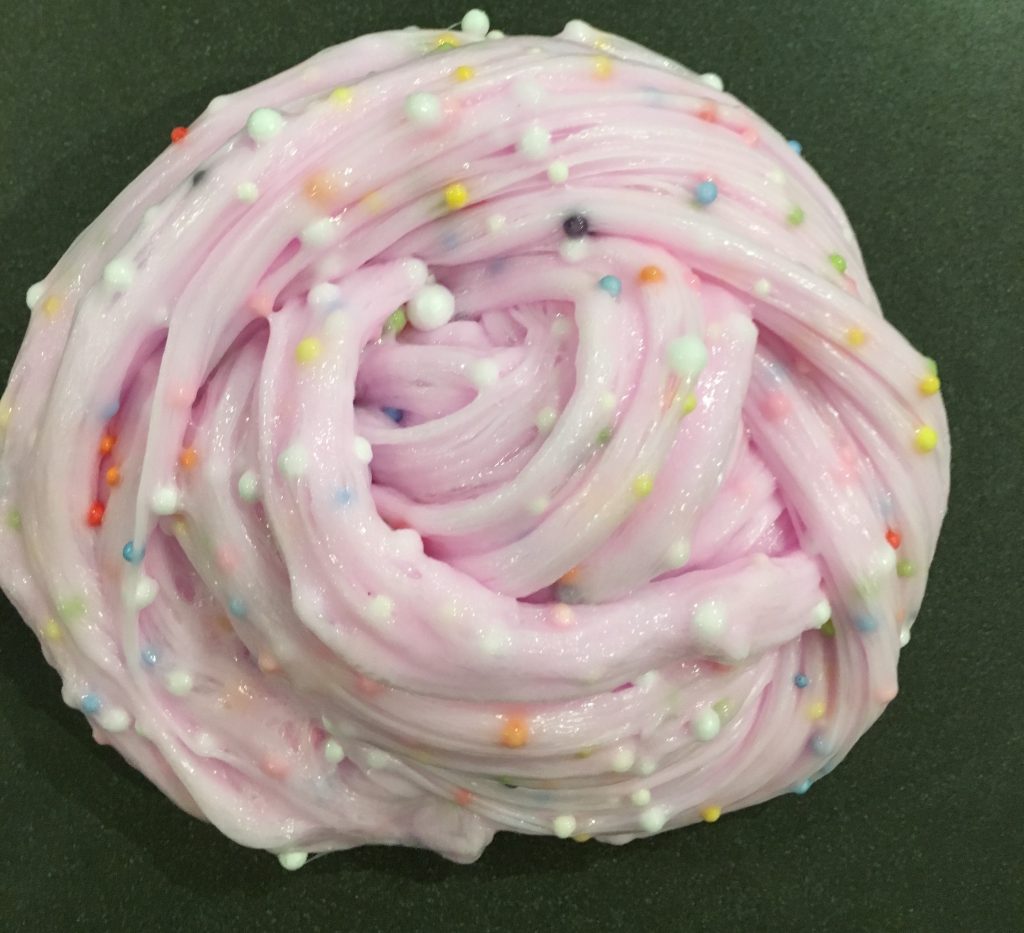 She shared her latest creations on Instagram and reminded people on Instagram Stories that they could order from her.

She’s not making a fortune, but she’s making a nice bit of extra cash for an 11 year old. She gets a lot of pleasure out of making her slime and her friends love it – often going back for more every month when they get their pocket money.

If you’d have asked me a year or two if I would be happy with a child of mine selling something at school, I would have probably said no. Somehow the idea seemed a bit wrong, but I don’t think that any more. My daughter isn’t ripping anyone off and her friends are asking her to make it for them. She invests her own money in all of her ingredients and equipment (you know our kids have to pay for everything themselves), so where is the harm in making something back out of it?

You can check out her slime recipes here. 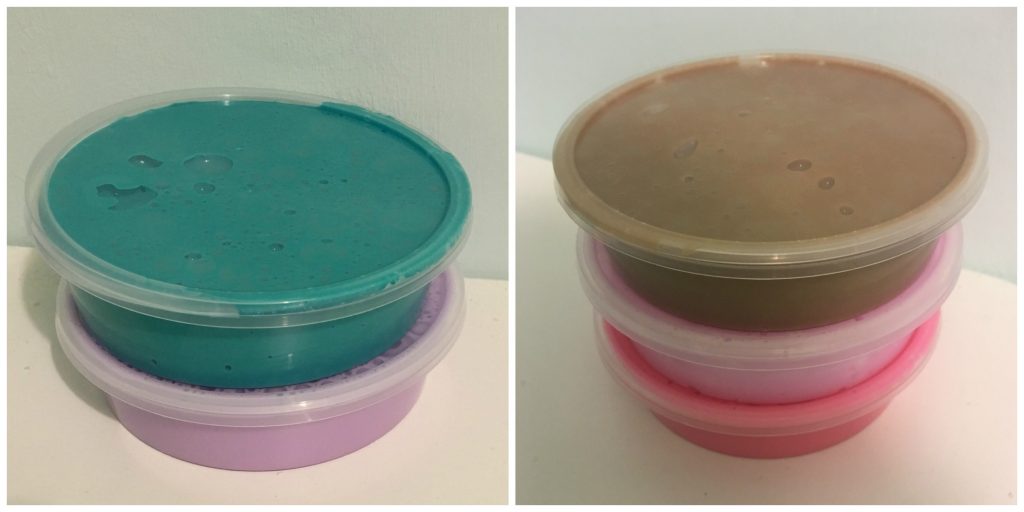