Behind Her Eyes by Sarah Pinborough

Home » Book Reviews » Behind Her Eyes by Sarah Pinborough

When I had my mad dash to Sainsbury’s before Christmas to buy books, one of the books I picked up was Behind Her Eyes by Sarah Pinborough. I bought it entirely on the basis that I’d seen my friend Suzanne from Inside, Outside and Beyond reading it – although I didn’t even know what she’d thought of it! Luckily, it turns out she had very good taste…

Behind Her Eyes is the story of Louise, David and Adele. Louise is a single mum, working part-time and feeling that life is slipping away from her. On a rare evening out, she kisses a man and feels that maybe she could get her life back after all. But the man turns out to be David, her new, married boss. Louise knows she has to steer clear.

Then she meets Adele, beautiful, a little bit vulnerable and great fun. Before she knows it, Adele is her new best friend. But Adele is David’s wife. Adele begs Louise not to tell David about their friendship. In the meantime, David and Louise begin an affair.

How can Louise keep both of them? Should she end it with both of them before someone gets really hurt?

The more she gets to know Adele and David, the more the cracks in their marriage start to show. Their relationship seems toxic, but who is telling the truth?

At first the stifling nature of Adele and David’s marriage reminded me of Behind Closed Doors, probably the scariest book I’ve ever read, but as the story moved on I was every bit as mystified as Louise. Behind Her Eyes is told by both Adele and Louise, so we see different sides to the story. Occasional flashbacks to Adele’s early life are a clue to what makes her tick and what made her the woman she is today.

This is an addictive book, which really drew me in, as I tried to piece together Adele and David’s marriage and work out who was really in the wrong. The front cover claims it has ‘The most shocking ending you’ll read all year’ and it wasn’t wrong. The ending was truly jaw-dropping and I wouldn’t have seen it coming in a million years.

If you enjoy a psychological thriller, you’ll love Behind Her Eyes. 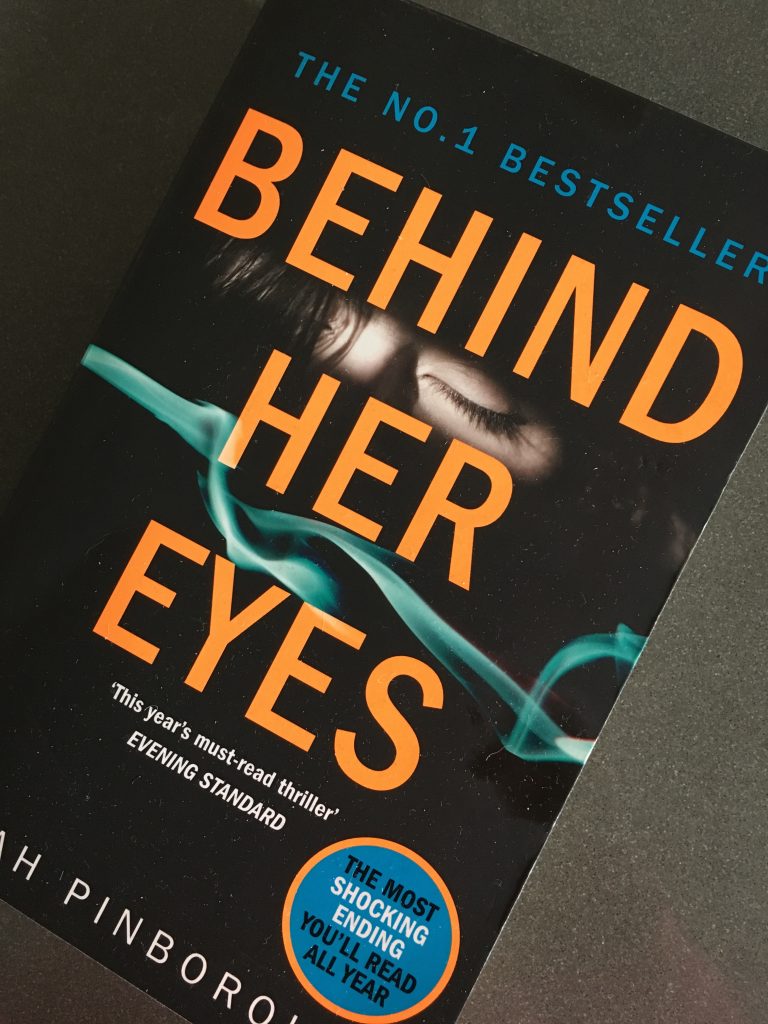