The end of primary school for my daughter and my whole family is in sight. In just over two weeks, it will be her last day of seven years and my last day of 12 years. There’s been an awful lot of sports days in that time! I know some people dislike sports days, but I’ve always enjoyed them, and so have my kids. So I had mixed emotions about our last one. On the one hand, I feel it’s time for my daughter and the family to move on (she’s VERY excited about her new school), but on the other I’m feeling quite sad too.

My daughter’s sports day takes up pretty much the whole morning. It starts off with a crazy non-competitive section – where the kids rush around to complete as many activities as they can, usually trailed by parents who keep losing them. In my daughter’s case, she was trailed by a mum, grandparents, a big brother celebrating his 16th birthday and a cheeky 2 year old cousin. The aim is to complete as many activities as possible, which all go towards your house’s final score. There’s things like shooting netballs, hula hooping, obstacle courses, skipping, catching, dribbling a hockey ball and running a couple of short laps of the field. It sends most of the kids into a frenzy, but in a good way. 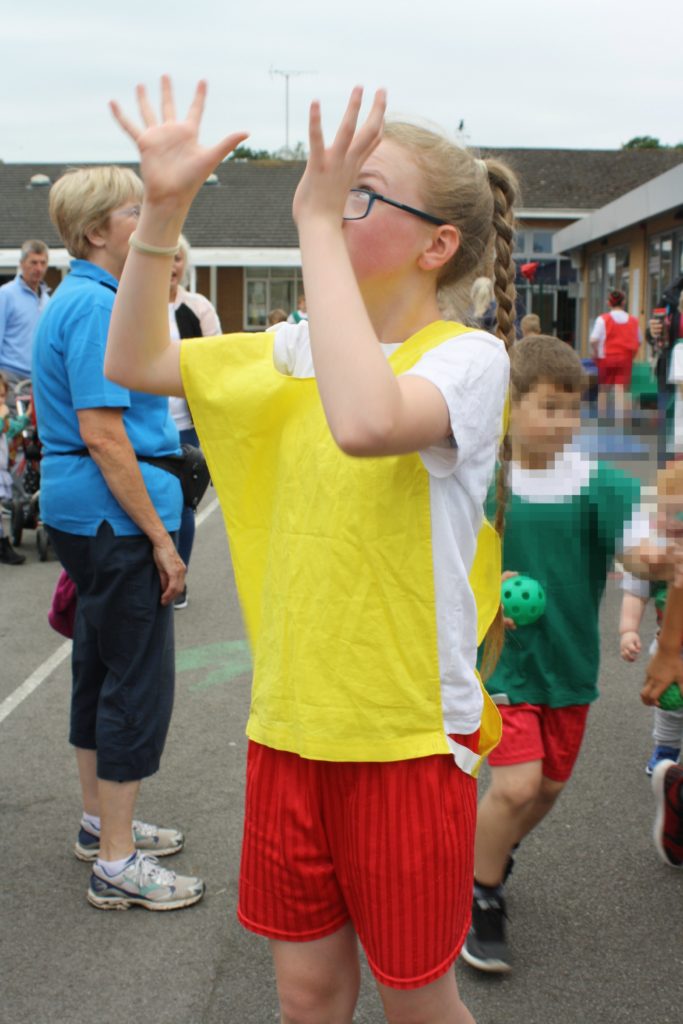 Then it’s down to the serious business. Competitive sport. There’s actually only four events – a sprint, a relay, egg and spoon race and a ‘long distance’ race (the shortest long distance race you’ll ever see). But with each event having boys’ and girls’ races in years 3 to 6, it takes a long time. There are two kids from each house in each event, so it basically means everyone has the chance to compete in something.

This year, my daughter was picked for the sprint and the long distance race. My daughter absolutely loves sports days, swimming galas and the annual athletics competition against other schools. She endlessly analyses what she will be picked for, who else will be racing and where they will all come. This is actually a topic of conversation all year round, it’s that important to her. In her endless analysis of sprinting, she knows where she comes. She’s third fastest in the year. I had pointed out to her that just because she’s always been third fastest in the year, it doesn’t mean that she always will be. People grow and change, especially with puberty hitting. Some of the girls have dramatically changed shape and size this year.

So she lined up at the start of the sprint and she actually got a pretty slow start. She was coming sixth out of eight. But she’s quick and she’s determined. She gained on those other girls and she overtook them. It took a final push over the line for her to come in second. Not third. She couldn’t believe it! All those years of being third. I was so happy for her.

My daughter got off to a good start. A very good start. Was it too fast, would she get tired? Her friend started dropping back, but my daughter was right near the front and was the leading girl all the way round. Right towards the end, a year 5 girl sneaked up on her. She’s every bit as competitive as my daughter and there was a determined fight for the line. One of the teachers told my daughter it was his favourite bit of the entire sports day and he has no idea which of them beat the other. But my daughter was given the card for second. She doesn’t know if it was second girl or second year 6. Either way, she was extremely happy with it and we were very proud of her.

I had some unfinished business too – the mums’ race. I’ve been racing in it every year since my eldest was in year 4 – so that’s eight years. And I always come second. I’ve never come first. I’m fit and a runner. I’m just not a sprinter. And I’m not getting any younger. Apparently my start wasn’t very good, but I was quick to catch up. The mum from my daughter’s class who wins it every year won it again, with three of us just behind her (and lots behind us). I was fourth. Damn.

My son decided to enter the dads’ race, although I’m not sure if that’s legitimate. So he came second, what with being up to 30 years younger than the legitimate competitors. My husband came fourth too.

As we left, they announced some special awards for the values of sport. I wondered if my daughter might win one, but it was my son’s birthday and I didn’t feel it was fair that I’d already spent the morning hanging around school.

Later in the day I got an email with some photos from my friend – my daughter had won the year 6 award for honesty in sport. I was so pleased for her! I felt a bit bad that I hadn’t been there to see her receive it, but she didn’t mind.

It was a very successful final sports day for my daughter. 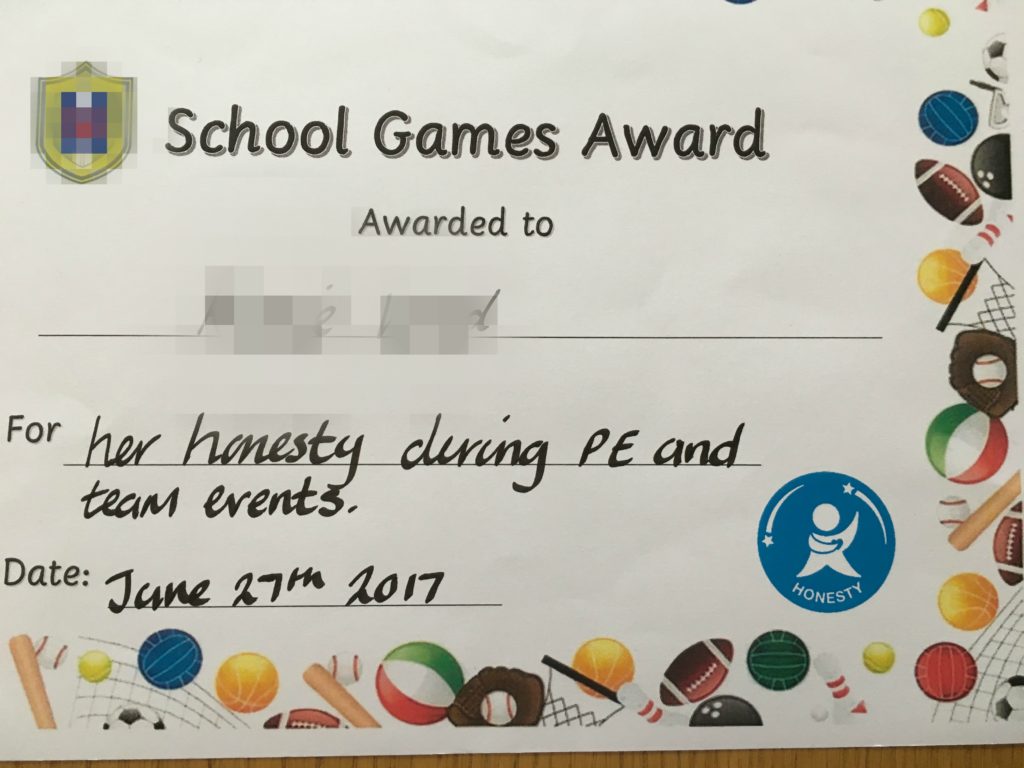