It took nearly a year of me pushing myself hard and running at a remarkably consistent pace to finally knock one second off my Parkrun PB to get a new PB.

Unbelievably, the very next week I managed to knock off a whole 17 seconds to give me a new 5k PB of 23:05.

Surely I couldn’t do it again?

The following week, I set off at a very fast pace, as I always do, then settled down to a steady pace. I overtook a lot of people and felt I was running strongly. I hardly checked my watch at all. When I was so desperate to get a new PB, I used to check it all the time and think about my pace, how far I still had to run and try to work out whether I could beat it. I came close so many times, but I never quite made it.

The week that I got my first new PB, I didn’t really check my watch. I didn’t check it much the following week either – because I’d already got my PB, there was no way I was going to get it again!

So not checking my watch was clearly the way forward.

On my final lap, I came across my daughter, who was running with her friends again. I stopped to talk to her. She said she had stitch and wanted to give up. I told her not to give up, as she’d regret it. I considered slowing right down and running with her, but decided to keep going as I could go and meet her, and run some of the way with her, once I’d finished.

So I told her I’d see her later and carried on running.

It was only when I was very close to the end that I looked at my watch. Could I manage that hill in a minute? Because if I could, it looked remarkably like I was going to manage my first Parkrun in under 23 minutes! Breaking the 23 minute barrier is a huge thing for me and something I thought I was never going to manage.

So I ran up the hill and gave it my all. I crossed the line it what looked like 22:56. It was certainly yet another PB. Just think what it would have been if I hadn’t stopped to chat to my daughter!

I rang the PB bell for the third week running.

And my daughter? She’d knocked two minutes off her time from the previous week, despite the stitch. Yes, it was slow. But she’d got out of bed and run 5k and I was very proud of her for that.

As it happens, I hadn’t quite broken the 23 minute barrier. I’d crossed the line in dead on 23 minutes, which meant I’d knocked a further five seconds off my PB, despite stopping to speak to my daughter! I was 71st out of 425 runners, sixth female and first in my age category.

Could I break the 23 minute barrier the following week or was it going to take another year of pushing myself hard? 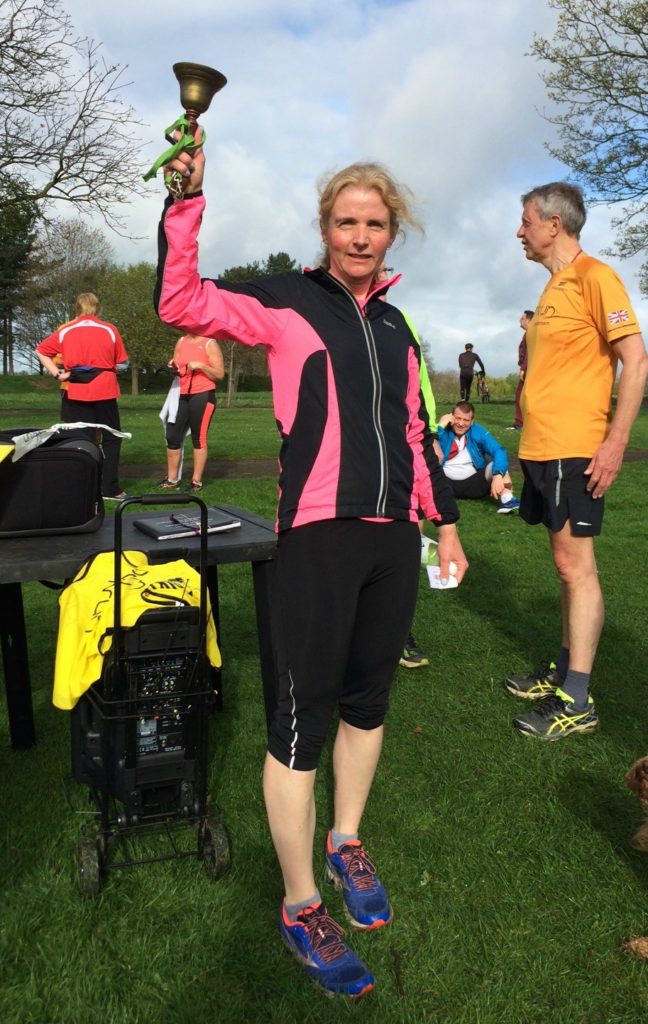