Look at Me by Sarah Duguid

Home » Book Reviews » Look at Me by Sarah Duguid

I read lots of amazing books last year. There were so few of them that disappointed me, yet this year I have felt very underwhelmed by everything I have read so far. Look at Me by Sarah Duguid was the fourth book I read in 2017. Would it be the one to blow me away?

The premise sounded good – certainly good enough for me to pick it up and then buy it – Lizzy has a sister. She just hasn’t met her yet. The blurb elaborates further – Lizzy lives with her father and brother. Following the death of her mother, two years previously, she finds a letter, which reveals that her father had another daughter. Impulsively, Lizzy invites her into their home.

Now I’m not actually sure why she did that, because Lizzy didn’t like Eunice, or even feel sorry for her, when she first met her. But once Eunice was in the family home, she was impossible to get rid of.

To me, that blurb made it feel like I was going to be reading a psychological thriller. Regular readers of my book reviews will know I love a good psychological thriller. But that’s not what I found. Look at Me was moderately interesting at best. Yes, Eunice was in Lizzy’s house and she couldn’t get rid of her, but there was nothing particularly sinister or scary about that, she was just mildly irritating. Clearly I had imagined a psychological thriller, when what I was actually getting was a ‘family drama’. But I’m not sure whether Sarah Duguid’s debut would even be exciting to fans of family dramas. It has got some good reviews, so maybe there was just something I was missing, who knows?

There are millions of great books out there, just waiting to be read. My recommendation? Don’t waste time reading this rather underwhelming novel. My search for my first great read of 2017 continues… 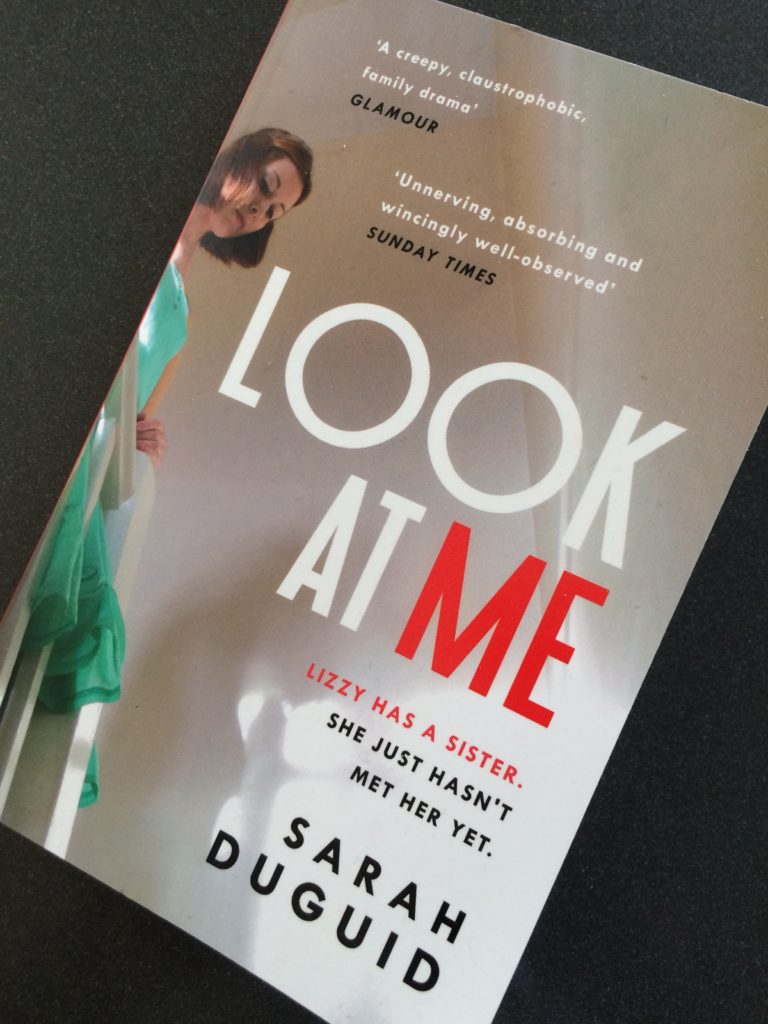