The Last Act of Love by Cathy Rentzenbrink

Last year, I read some amazing books, but I must say that I haven’t been blown away by anything I’ve read so far this year. Where have I been going wrong? I think I decided to think outside the box. I love psychological thrillers, but rather than just buy all thrillers, I decided to buy a selection of books in different genres. But nothing has really excited me all that much.

So would The Last Act of Love by Cathy Rentzenbrink change all that?

Certainly the reviews, including from authors I really respect, on the cover and inside the book suggested it would. But it wasn’t my usual sort of book. The Last Act of Love is an autobiography of sorts, otherwise known as a ‘tragic life story’. I used to read a lot of these about 10 years ago. After the success of Dave Pelzer’s A Child Called ‘It’, lots of people who had been abused or suffered in some way started writing their stories. The stories were shocking, sometimes interesting, but often badly written. And I soon got tired of reading them.

Nobody was abused in The Last Act of Love. It is the story of Cathy and her brother, Matty, just a year younger and her very best friend. In 1990, at the age of 16, Matty was knocked over by a car and never walked or spoke again. The story is about Cathy’s love for Matty, the fight to keep him alive and, eventually, the fight to let him die in peace.

But it is also a story about Cathy’s own grief and mental health, as she struggles to deal with what has happened to Matty. She carries the grief with her for the whole eight years he is alive following the accident, but it doesn’t go away after he dies. It is only very recently that she has started to come to terms with what happened and to make sense of her own reaction to it.

This isn’t what you’d call a cheerful read, but it is full of love and hope. I’m not sure I’m going to be getting back into the tragic life stories regularly any time soon, but The Last Act of Love was definitely a good read for a change. 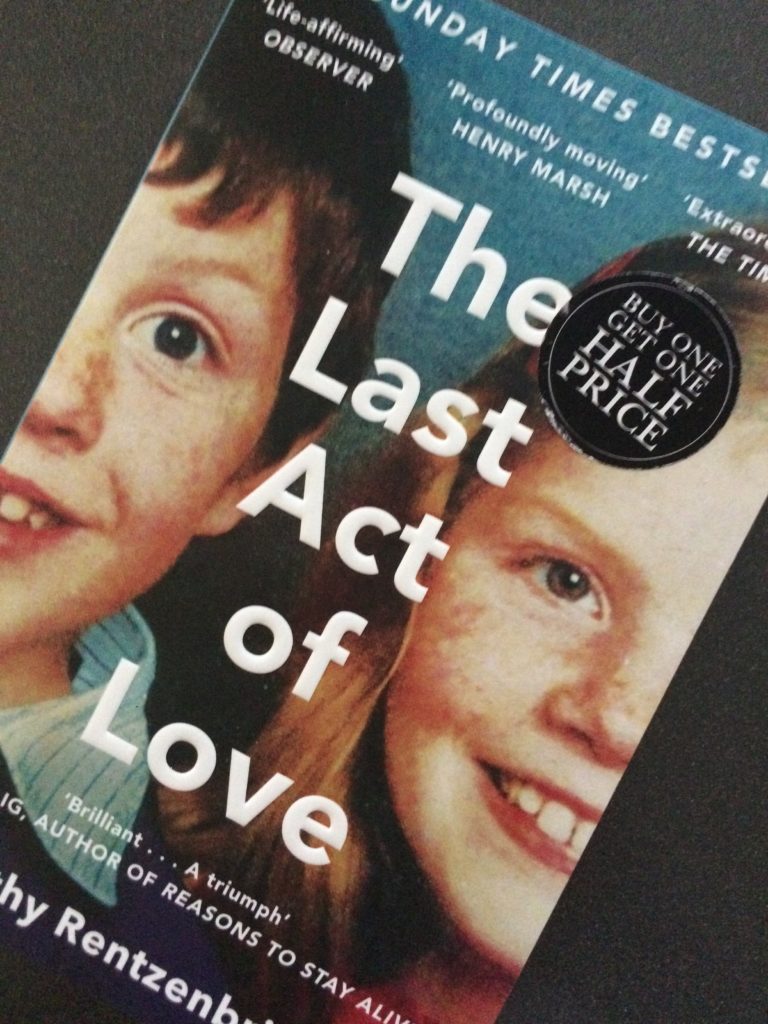