The contact lenses, the eye test and growing out of glasses

Home » Family » The contact lenses, the eye test and growing out of glasses

My younger son started wearing glasses when he was 5. He always wore them all the time and never had a problem with them. Over the years, his eyes gradually got a big worse and he had new ones fairly regularly.

Until he started wearing contact lenses at the end of year 6.

All of a sudden, he hated glasses. I would like him to wear them once a week to give his eyes a break, especially as he wears monthly contact lenses, so the risk of infection is slightly higher than with dailies. He’s supposed to wear them on Scout camp because of the issues with hygiene and contact lenses, but he would rather go a week with nothing at all. Which can’t be good for him because his eyesight isn’t great.

He recently had an eye test, which meant not wearing contact lenses for the morning and taking his glasses in with him. He put them on and he hated them – they were lopsided and he said he was ‘blind’ above them because they don’t give as good coverage as his contact lenses do.

But it turned out the reason they were wonky was because he’d grown out of them. Apparently his nose is a bit uneven (we’re pretty sure he broke it playing football when he was 8). These are men’s glasses and he hasn’t had them much more than a year. Then I realised that he was taller than all three of the optometrists who had been dealing with him (and one of them was male). No wonder he’d grown out of his glasses! Is my son at the start of a massive growth spurt like his brother?

So he needed new ones. But I wasn’t keen to spend much money on something he wouldn’t wear. The glasses were definitely going to come from Boots own very cheapest range.

But they didn’t have to! As a child, he gets £39 off glasses (that’s his NHS voucher, which would mean he could get free glasses if he was small enough for kids’ glasses) and as a member of the contact lens scheme, he gets 50% off the price of glasses. So we could get an expensive pair of glasses for very little. Logically, an expensive pair of glasses will look more stylish and we should stand more chance of him wearing them.

The first pair he chose was apparently too big for him. Personally, I would have just taken them as it hardly matters if they don’t fit when he’s basically never going to wear them. But the optometrists have higher standards than me and insisted he chose a pair that fit properly.

So now my son is the proud owner of £150 pair of glasses, which cost us just £36. But will he wear them? That remains to be seen. 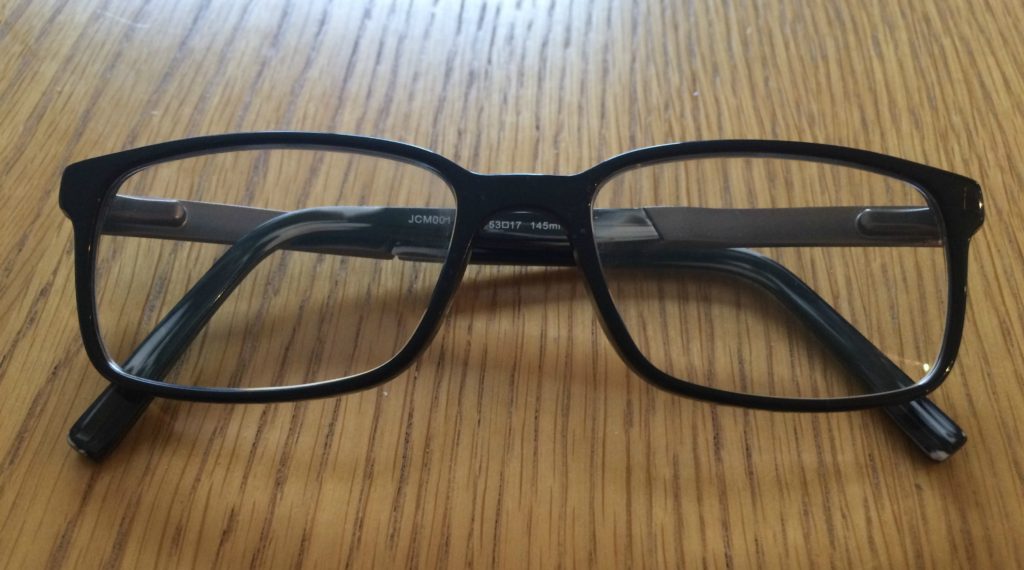 This is not a sponsored post, it’s just a post about our experiences with Boots Opticians, which were very positive on this occasion.