A fortnight which started with us finally putting our Christmas tree up has flown by and now Christmas is over and it’s nearly time for 2017. In between panto performances, we made the most of the rare chance to have days out.

Day 353 – Sunday 18th December – we finally got a Christmas tree! The large knitted snowman was removed shortly after this photo was taken. 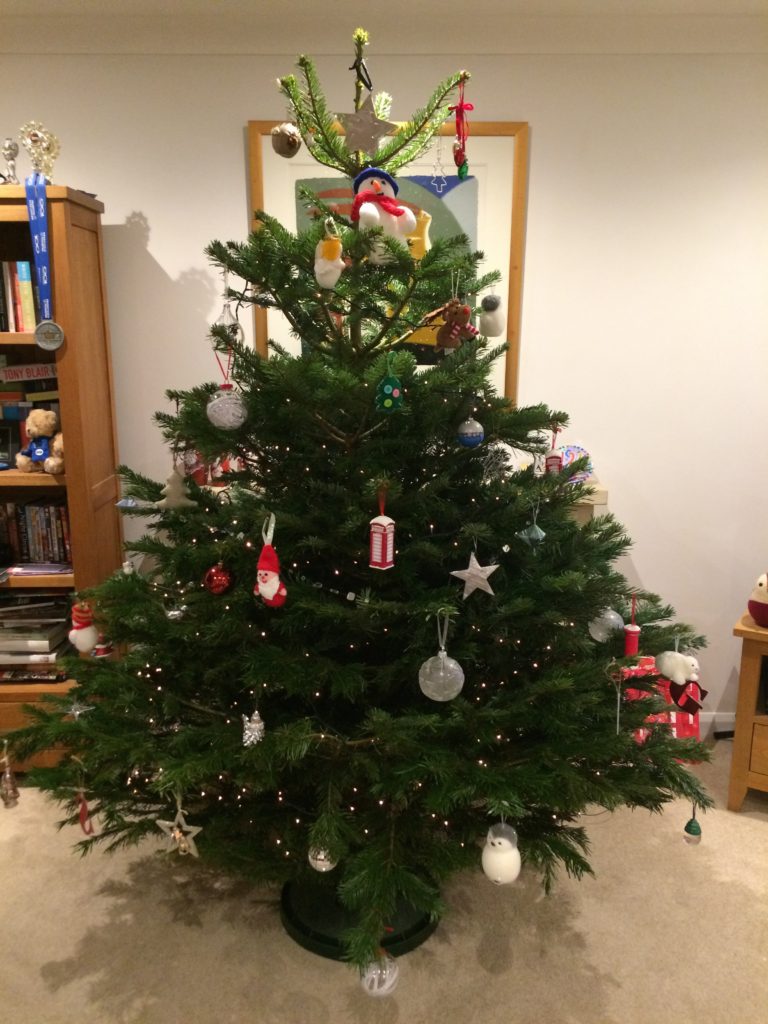 Day 354 – Monday 19th December – my younger son and I have horrendous colds, but I had to work today. These are our old snowman Christmas lights which we have had for years, but they still make me smile. 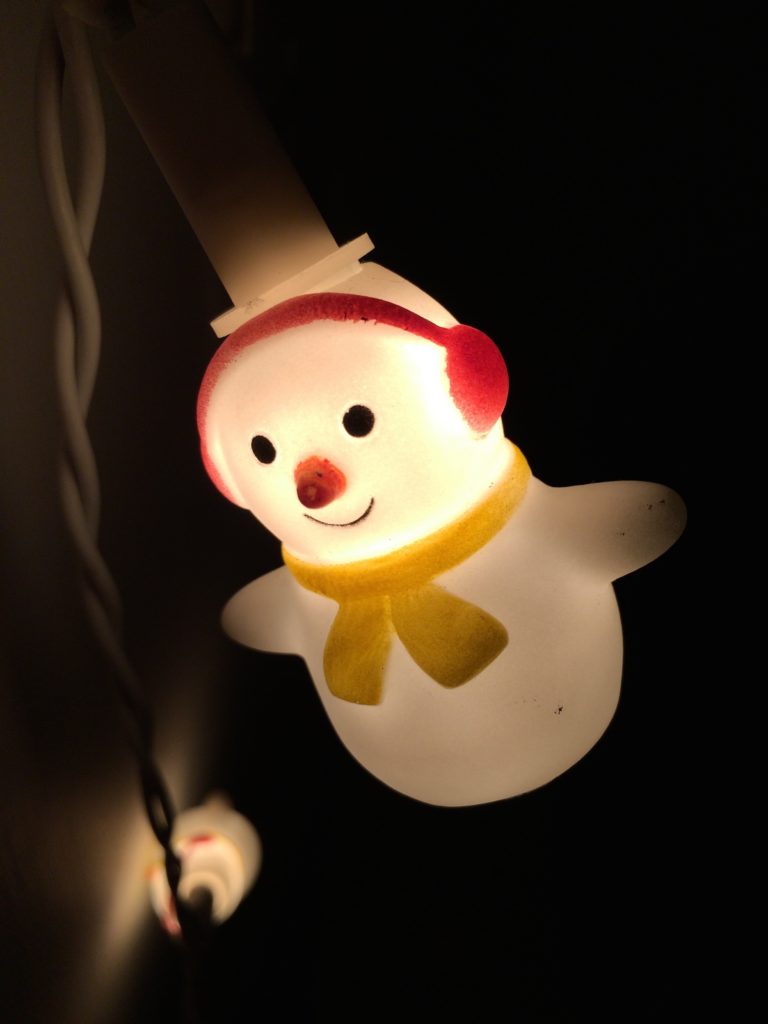 Day 355 – Tuesday 20th December – my daughter’s final day at school, followed by two panto performances. My eldest went to watch the show and really enjoyed it. I went for a quick walk as the sun was setting. 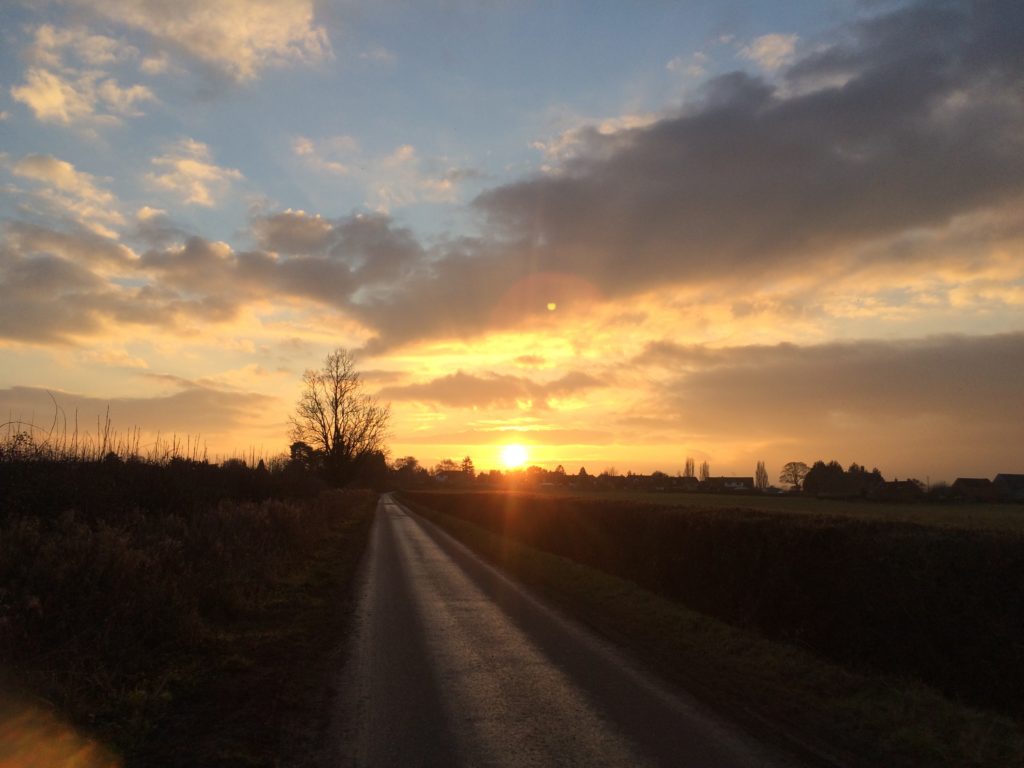 Day 356 – Wednesday 21st December – this isn’t a very festive photo. It’s a bag full of Roaccutane from my son’s check-up with the dermatologist. 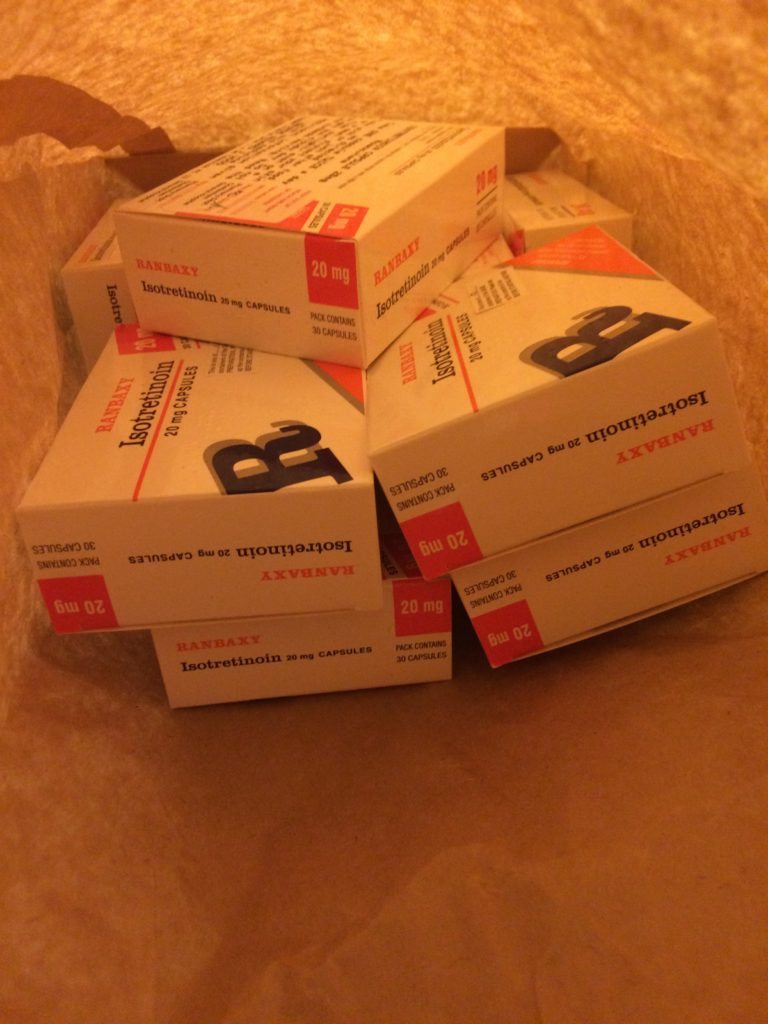 Day 357 – Thursday 22nd December – while my daughter was at panto, I went on a little visit to Birmingham with my husband and the boys. It was strange without her – I felt very outnumbered and very small, but it was a really nice, relaxing trip. 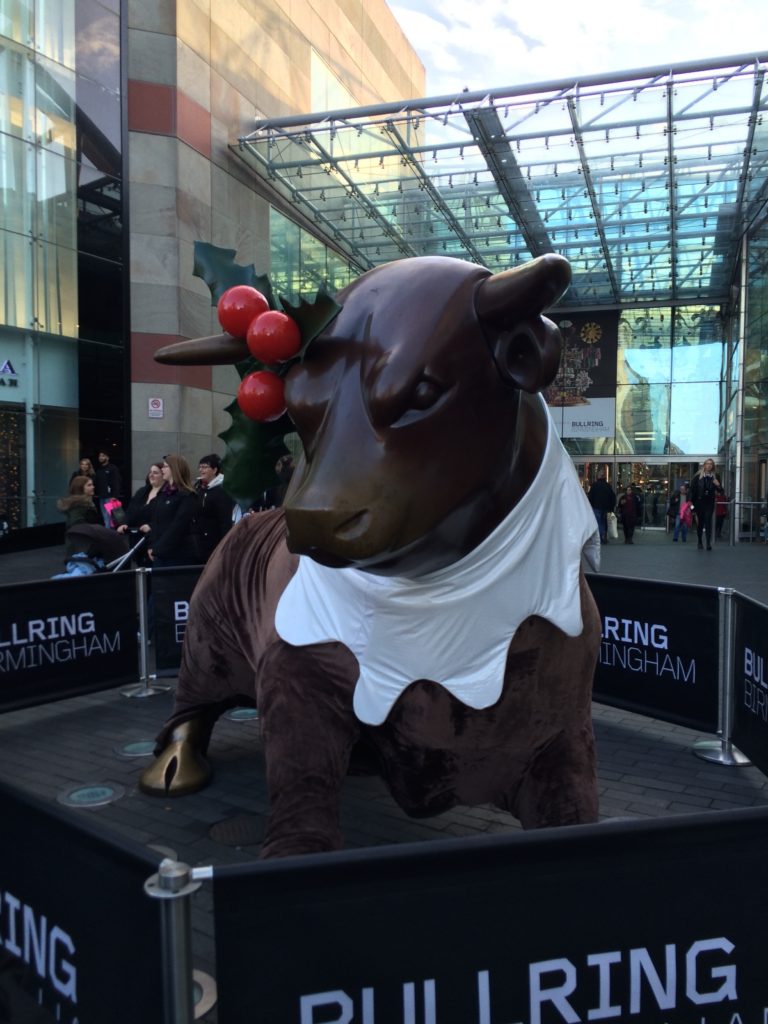 Day 358 – Friday 23rd December – earlier this year, we made some new friends and I can honestly say they’re some of the nicest, most thoughtful people I have ever met. I feel very lucky to have them in our lives. They went to see the panto yesterday and sent this little present backstage for my daughter! 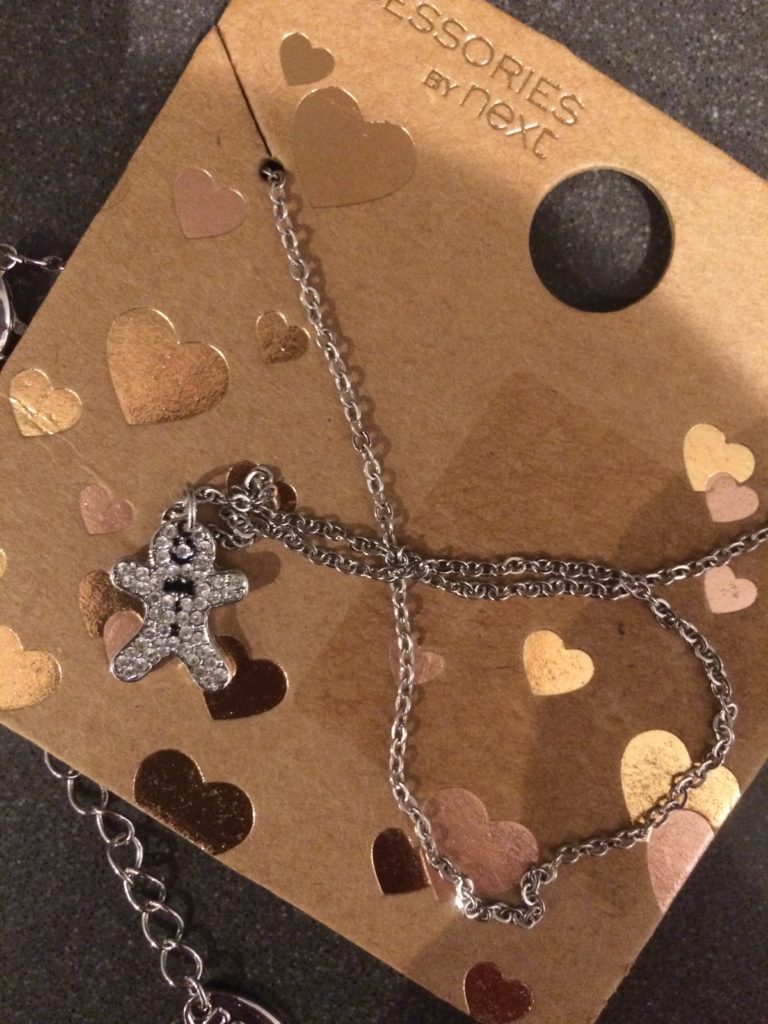 Day 359 – Saturday 24th December – Christmas Eve was the usual cleaning and tidying. But it was also Saturday, so I fitted a Parkrun in as usual. My daughter had two panto performances and my husband went to watch her. This photo was taken during a last-minute shopping trip at 7.30am. 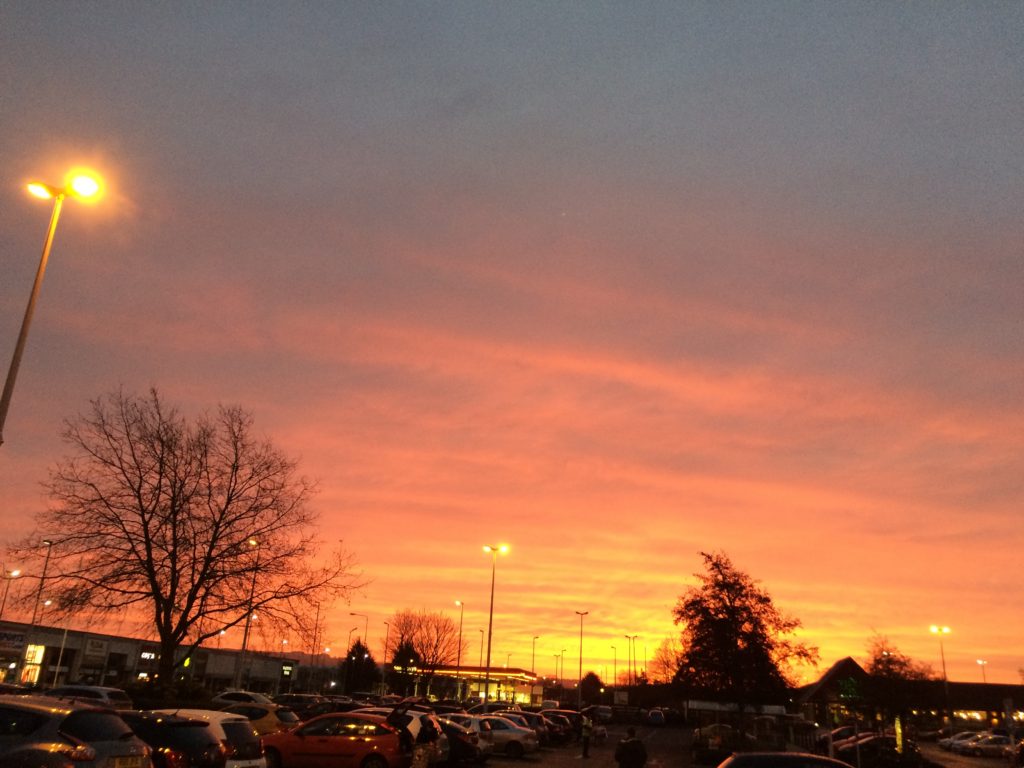 Day 360 – Sunday 25th December – Merry Christmas! We had Christmas day at our house this year, with my parents and brother over for Christmas dinner. My sister, brother-in-law, niece and nephew joined us for tea, so it was enjoyable, but pretty full-on! We started the day with Christmas day Parkrun to get ourselves energised for the busy day ahead. 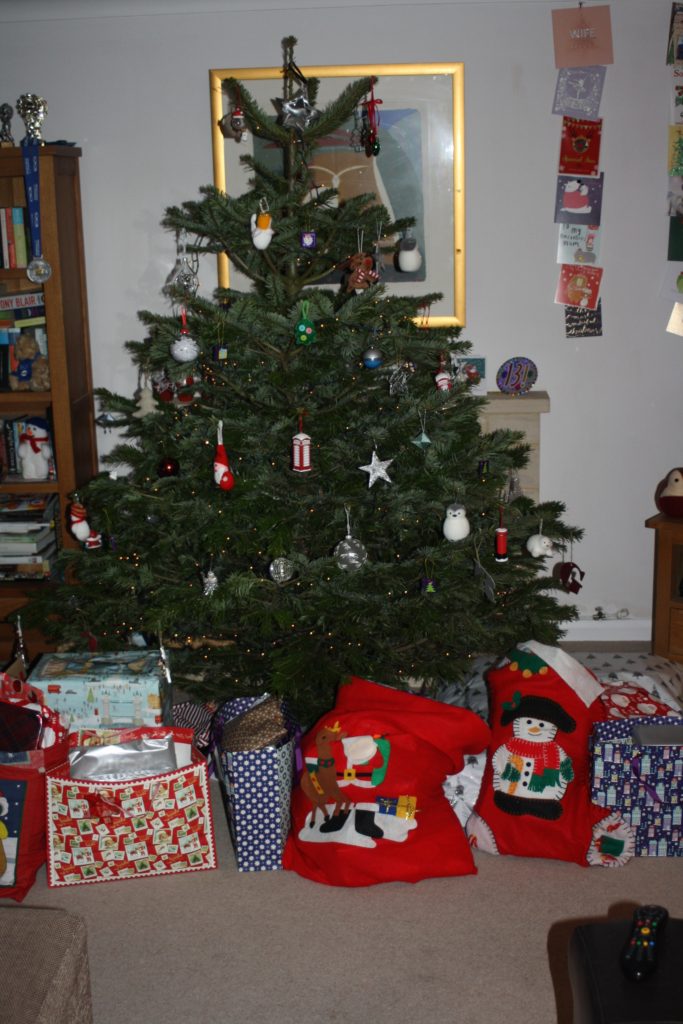 Day 361 – Monday 26th December – we always take time out on our own on Boxing Day. This year, we went to Bristol. 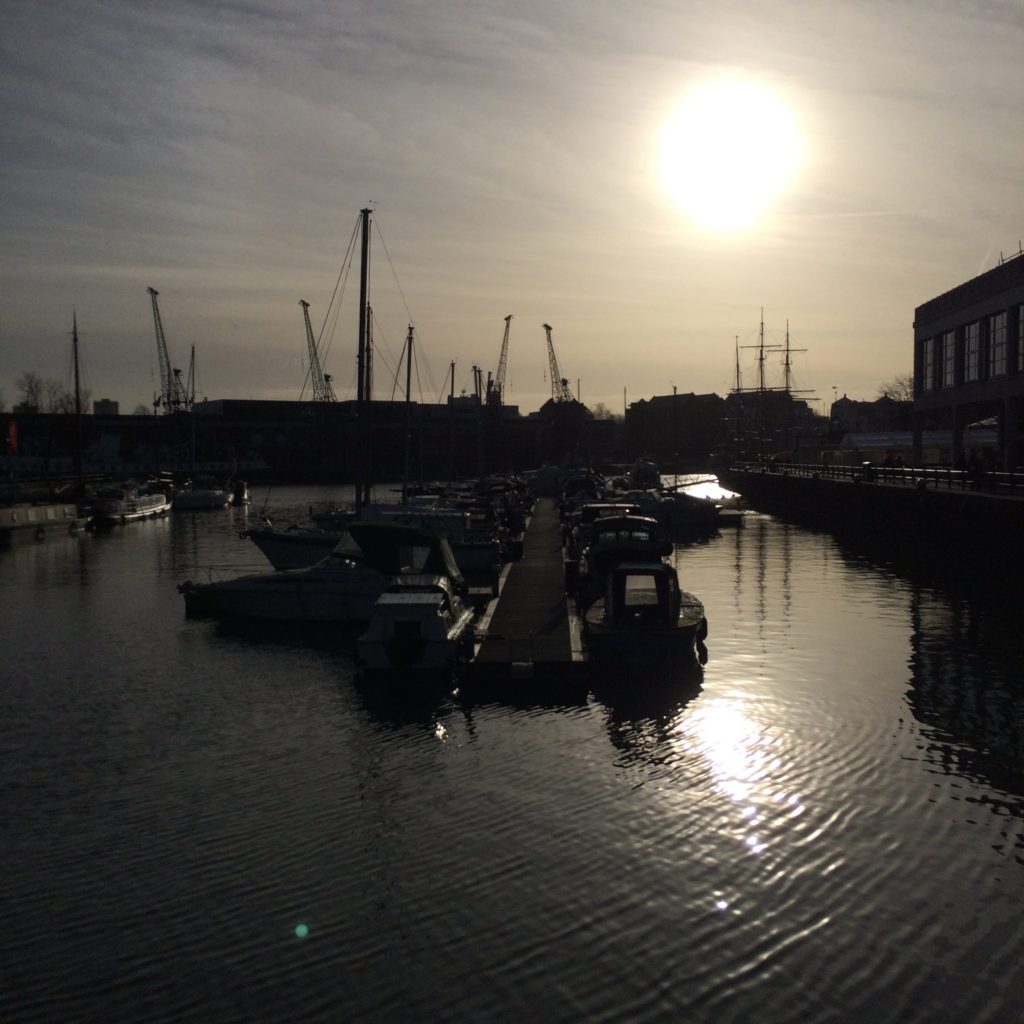 Day 362 – Tuesday 27th December – we celebrated my niece’s 4th birthday and my daughter had two panto performances. For the only time since she started rehearsals on 14th November, my husband did the lifts there and back. Here’s a picture of Wilfred chilling out in the kitchen. Day 363 – Wednesday 28th December – we went on a day trip to London! It was a lovely day and we spent a lot of time just wandering around looking at landmarks. 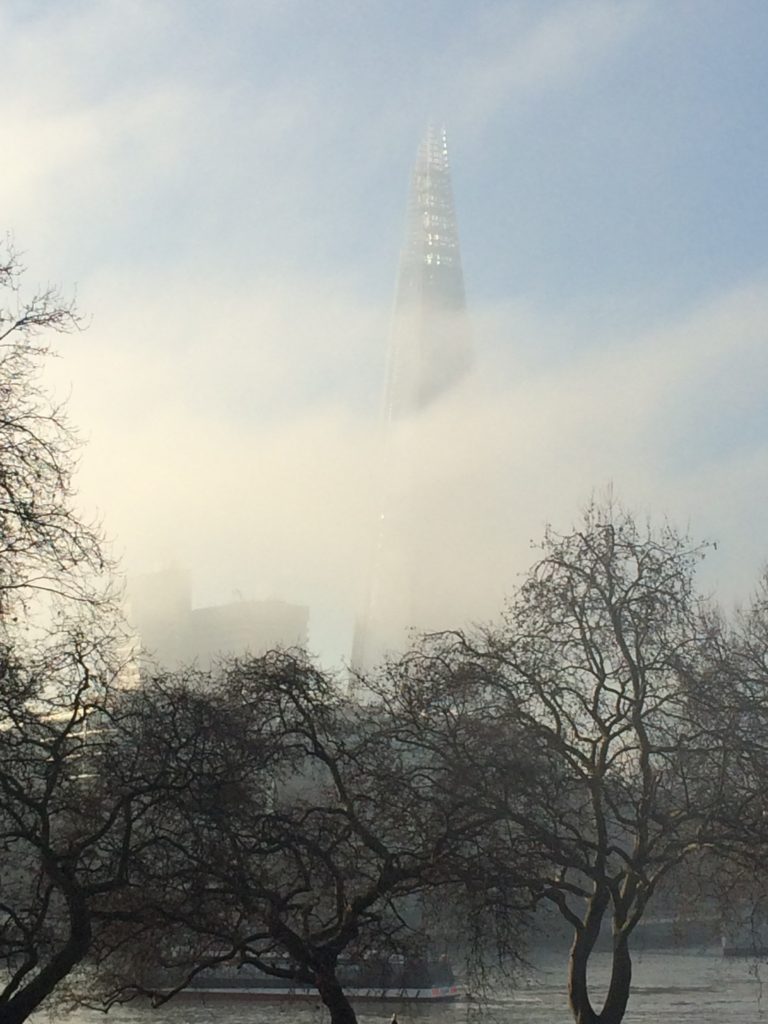 Day 364 – Thursday 29th December – the third consecutive frosty morning, so I haven’t been running for ages! We went to watch the panto with my whole family. It was brilliant and made even better by some of my family members going up on stage. 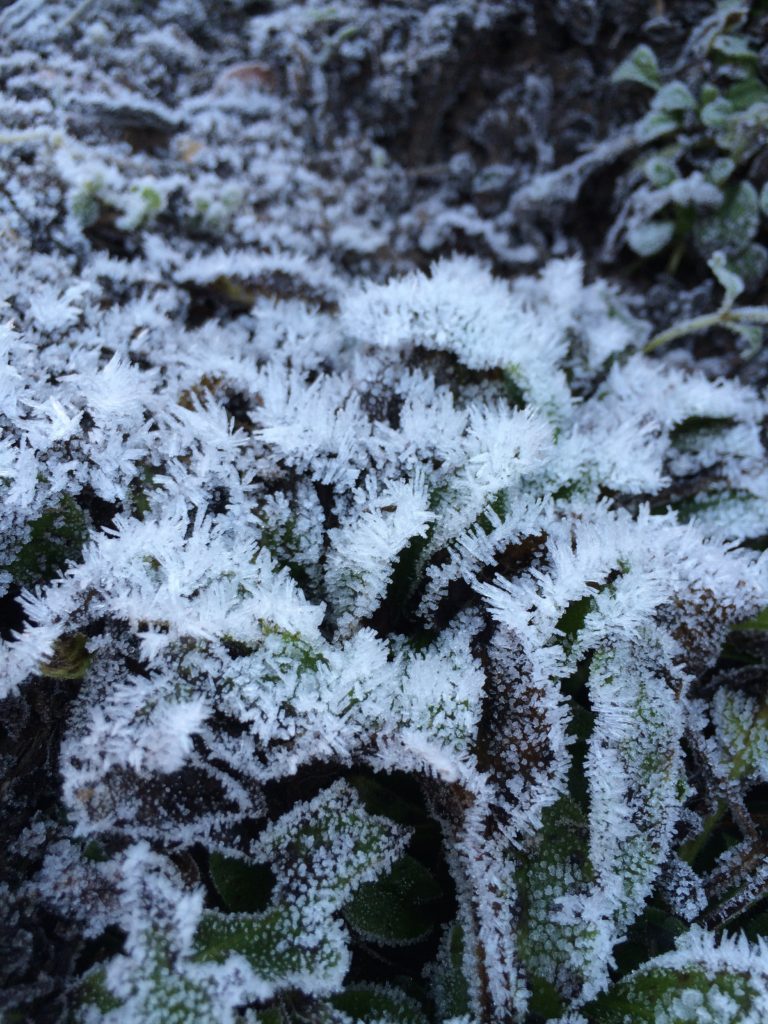 Day 365 – Friday 30th December – my inlaws came over ready to watch the panto tomorrow and my daughter had an extra panto performance as one of the girls in the other team had asked her to swap. It was a busy day and I didn’t take any photos, other than of my nephew that I can’t share here. So I’m cheating with another photo from London – I was still sharing them on Instagram, so it’s only a small cheat! 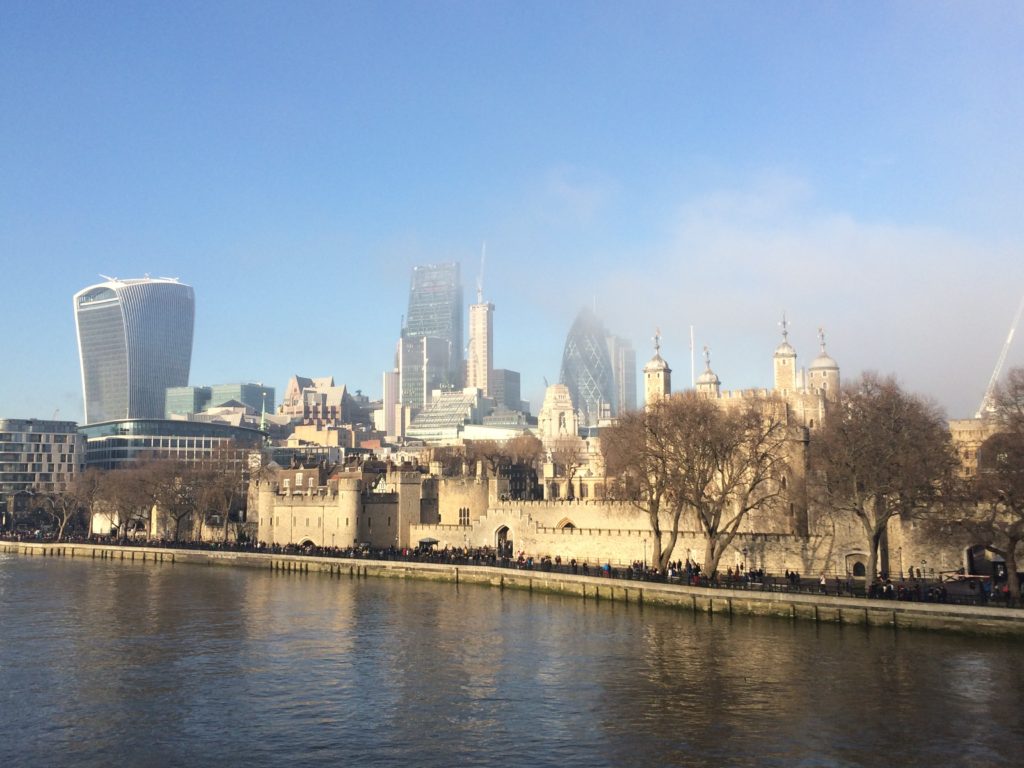 Day 366 – Saturday 31st December – I’m buzzing today. Not because it’s New Year’s Eve, I keep forgetting about that, but because I actually managed to go running for the first time since Christmas Day and I went to see the panto for the fourth time. It actually gets better and better every time I see it. I can’t believe it’s nearly over! 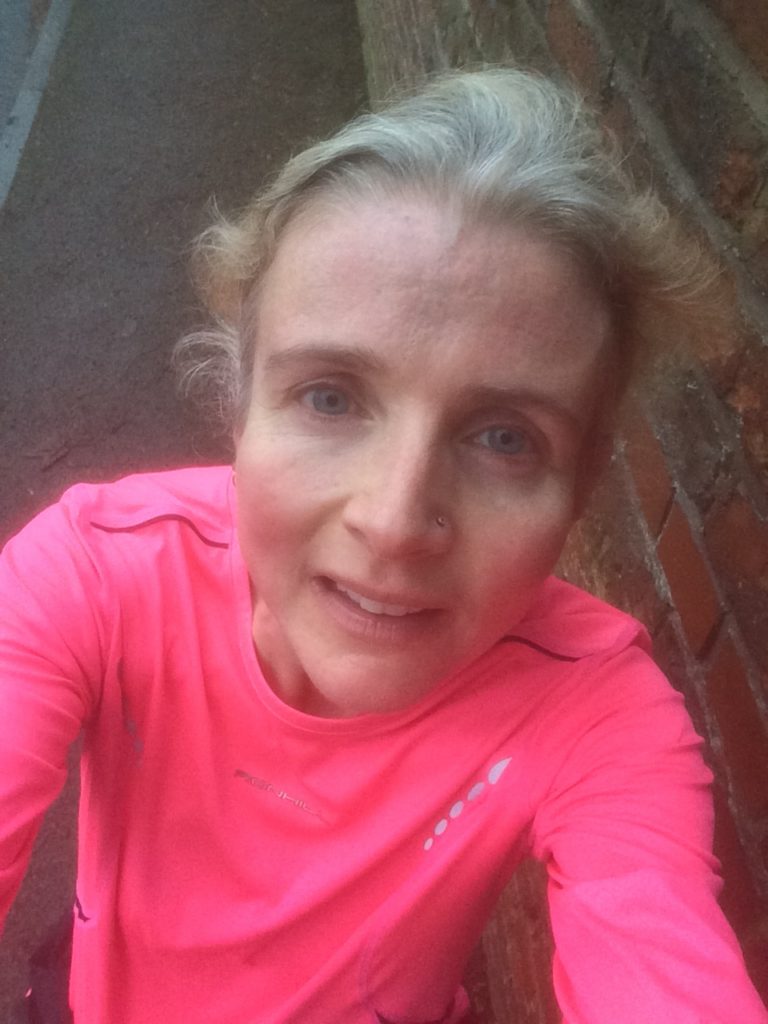 Project 365 is a bloghop. Hop over to see what others have been up to over the last fortnight.