The forgetful boy and the lost gumshield

Home » Family » The forgetful boy and the lost gumshield

I used to think it was my eldest who was the forgetful and disorganised one in our family. My younger son was always pretty reliable.

Until he started secondary school.

I don’t know what happened, but oh my goodness! That boy lost and forgot more things in his first term in year 7 than his brother had forgotten in over three years at secondary school.

He’s not deliberately careless. He really doesn’t mean to lose things, but somehow he can’t help it.

Shirts, PE tops, rugby hats, water bottles… If it could be removed from his body or his bag, he would lose it.

Some items came back home eventually, others didn’t.

In year 8 so far, he managed to forget either his guitar or his rugby boots three Mondays out of four. Then on the fifth Monday he excelled himself. We couldn’t find his school shoes in the morning and, by process of elimination, worked out that he must have left them behind after rugby on the Saturday. At a school 15 miles away.

Remarkably, we got them back, although it did take an hour and a half out of my life that I’ll never get back.

Then less than two weeks later, he took it a step further.

He came home without his PE bag, which contained his PE kit and trainers. But luckily not his rugby kit and rugby boots. He was particularly upset about this because it wasn’t his fault (in his opinion). He’d chucked his PE bag on the ground outside. In the area where everyone chucks their bags and there are notices everywhere saying ‘Please don’t leave your bags here’. Clearly someone had mistakenly picked up his bag.

But they would realise their mistake, wouldn’t they? They’d notice that the shorts were too small and that the trainers were wrong. Right?

But they didn’t. There was no sign of the bag in lost property and the name label in the shorts wasn’t helping them to magically make their way back home.

On the Sunday evening, I went to check my son’s gumshield was clean for his rugby match the next day. But it was nowhere to be seen. Of course, it was in the missing PE bag.

Why did we only realise on Sunday evening, when he had a game on Monday? Why didn’t we notice on Thursday, Friday or Saturday? Or even on Sunday morning?

Without a gumshield, he couldn’t play.

So somebody had to go out in the biblical rain to buy him a new gumshield, then drive to school with boiling water in a flask and a saucepan to tip the boiling water into, to mould the gumshield. 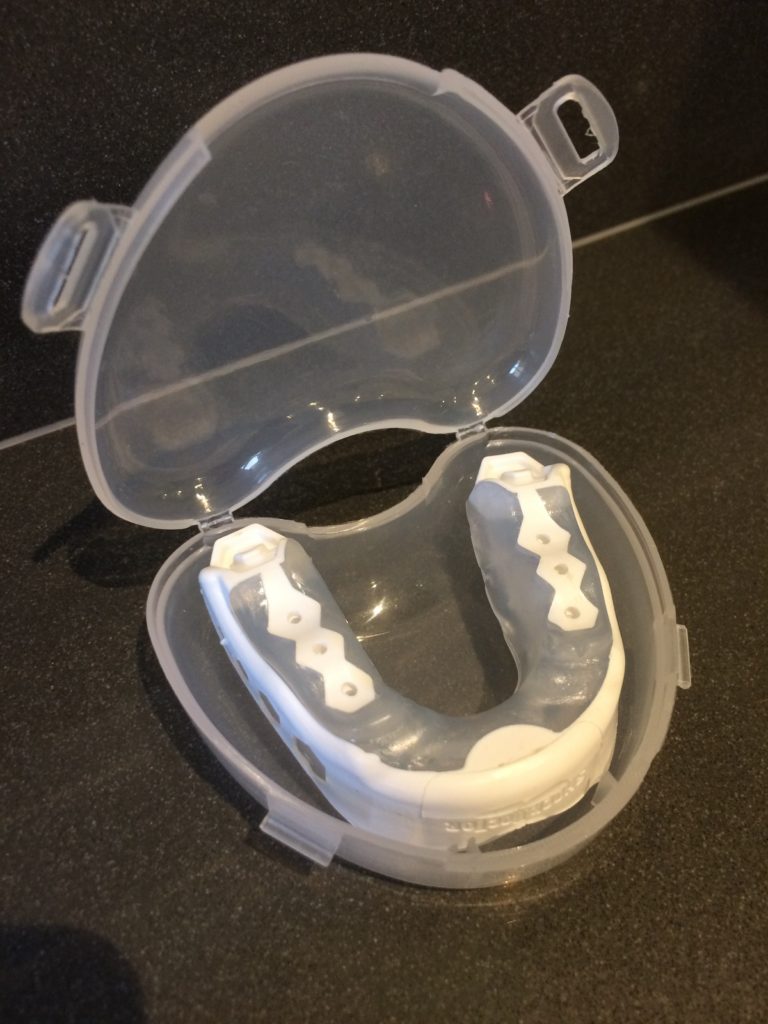 While I was sat in the car park, the opposition team bus arrived. We were cutting it a bit fine.

My son burst into the car, looking like a drowned rat, but still feeling pleased to have found the water bottle he’d lost on Friday. No sign of the PE bag though. The gumshield was fitted in record time and he was gone.

I’d only just left the school grounds when the phone rang.

‘Mum, the game’s been called off!’

And the missing PE bag? That eventually materialised in lost property two days later, nearly a week after it had gone missing.