The Girl in the Spider’s Web by David Lagercrantz

As fans of the books will know, the trilogy could never have been more than a trilogy. Because Stieg Larsson died of a heart attack in 2004, at the age of 50. Shortly after his death, the complete manuscripts of three novels was discovered. The Girl with the Dragon Tattoo was published in Sweden in 2005 and in the UK in 2008.

It was Larsson’s Swedish publisher that contacted David Lagercrantz to continue the series, with The Girl in the Spider’s Web, which was published last year. This is a completely new story (although Larsson left behind half-completed manuscripts of several more Millennium novels), bringing back investigative journalist, Mikael Blomkvist, and punk superhacker, Lisbeth Salander.

Frans Balder is a scientist who is worried about his research and fears for his life, and that of his disabled son. Balder wants to publish his story, so contacts Blomkvist to help. But is it already too late? And what is Balder’s connection with a certain female hacker?

I’ll be honest, reading such a big and complex book in the school holidays wasn’t my best ever idea. Because I have no time to read in the holidays and this took me the entire seven weeks to get through. When a story is complicated, it’s always best to read it in chunks of more than three pages. Also, despite reading many Scandinavian thrillers over the years, I do still struggle to remember which character is which, because their names just aren’t as familiar. It’s easy to differentiate a Dave from a Kevin or a Rachel from a Laura, but with a huge cast of characters with Swedish names, I do tend to get a bit confused!

Fans of the original Millennium Trilogy won’t be disappointed by The Girl in the Spider’s Web, which brings back many of the characters from the trilogy. But is it as good? My instinct is that it isn’t quite as good, but I’m not completely sure!

Have you read it? How do you think it compares to the original trilogy? 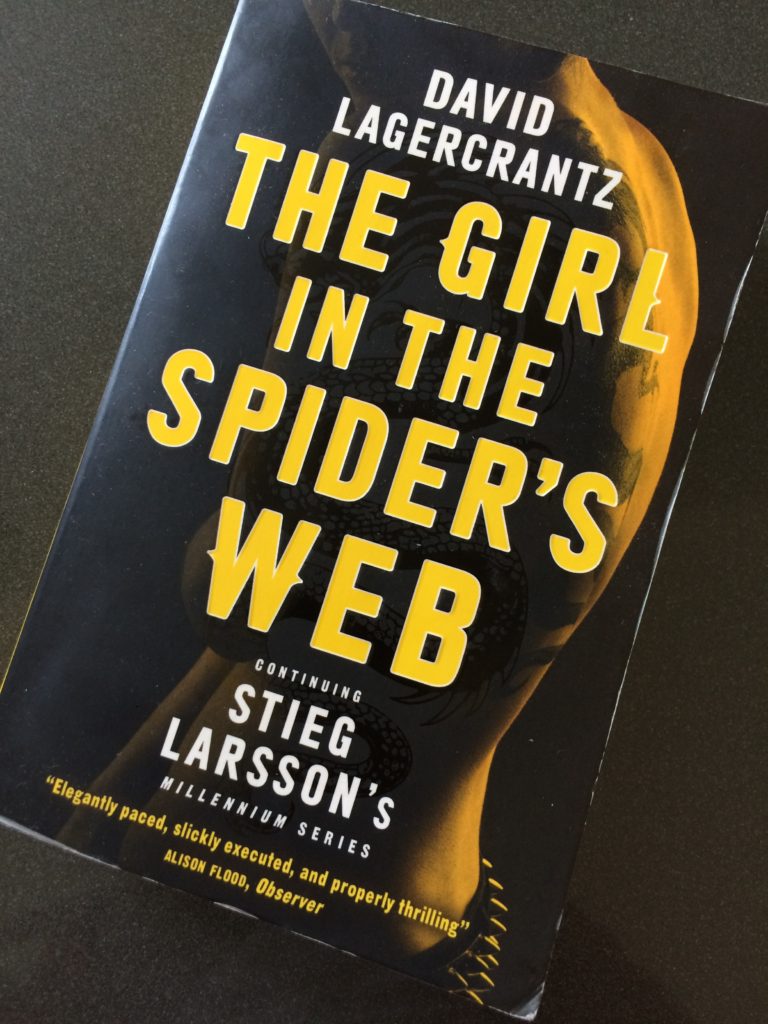