Wychwood Festival, at Cheltenham Racecourse, has become something of an annual family event for us. This was our third consecutive year. We go with our entire family – not just the five of us, but my my parents, my sister and brother-in-law and my little niece and nephew, who are 3 and 1. What better advert could there be for a family festival? Suitable from 1 to 71!

We’re not too bothered about who’s on the bill. In fact, we’re not bothered at all (although we would really, REALLY like to see the Levellers back!), we just go along for a day of fun.

Although, as it happens, first on the bill was a MASSIVE hit with my niece and all the other under-6s in the audience. It was only Justin Fletcher! He sang songs from his shows – opening with the Hello song and closing with the Goodbye song from Something Special, as well as a few other kids’ favourite songs, like the Hokey Cokey. He also did a few voices from Gigglebiz. My daughter and I watched with her little cousins and she was thoroughly embarrassed that I joined in with the singing and dancing. Embarrassing your kids – that’s mum #squadgoals, right? 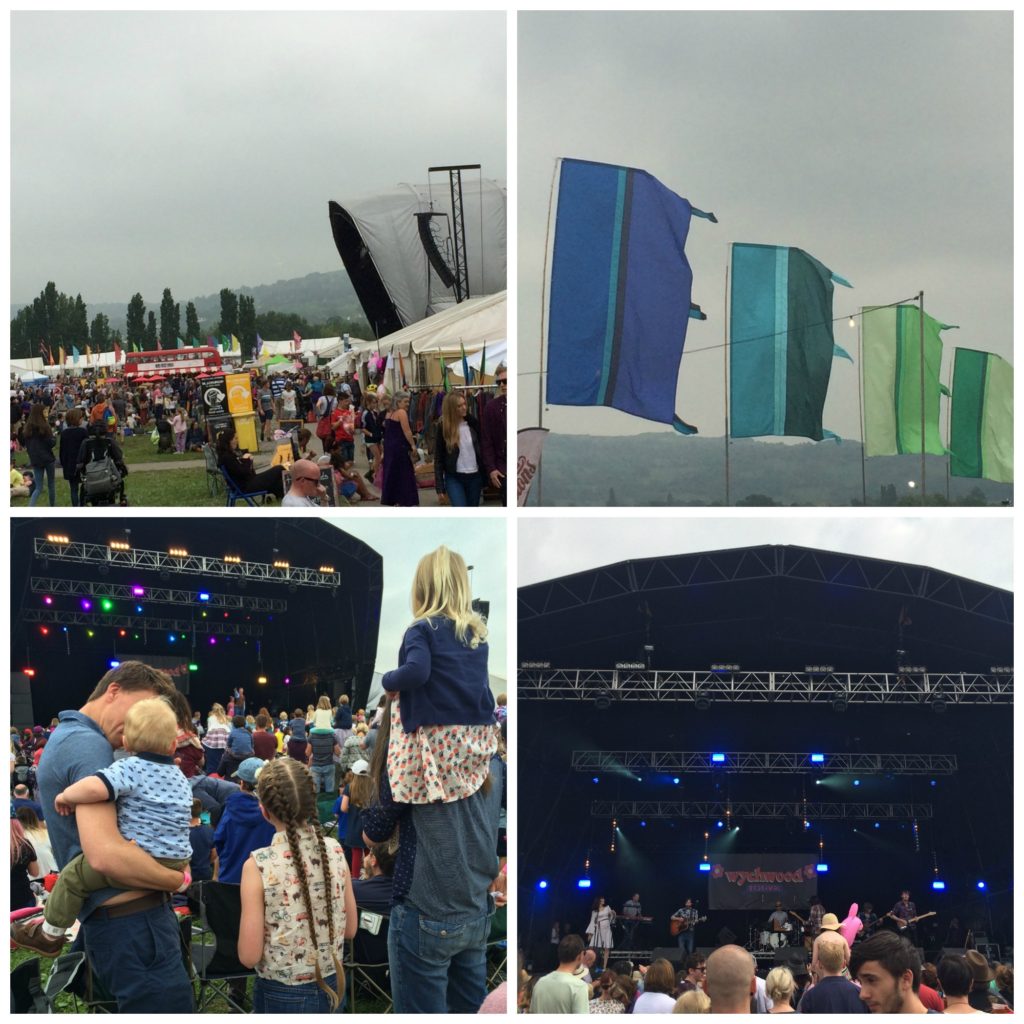 One of the highlights of Wychwood for me is always the food. There’s pretty much every food you could imagine (apart from, strangely, burgers) from pizza and fish and chips through to Caribbean, Tibetan, Mexican and noodles. The food stalls are all in the same area, so we can all easily buy from food from different stalls at the same time. Most meals are about £6 for a decent portion, which seems pretty reasonable (although it does add up when you’re buying two meals for five people!). You’re not supposed to take your own picnics onto the festival site, but you can take snacks, as well as soft drinks in plastic bottles or cartons.

Wychwood definitely seemed a lot busier this year. The area in front of the stage is always crowded. We tend to hang out a little bit away from the stage and that’s normally quieter, but this year it was almost as busy!

There is a lovely kids’ area, which is a bit quieter and younger children have a huge choice of activities from story times to music workshops, circus workshops and dance workshops. There is too much to choose! The kids wanted to do a breakdance workshop, but it clashed with a friend of a friend playing on the small stage in the Hobgoblin tent.

My kids were generally too old for the free activities provided and were particularly taken with all the inflatable activities, which cost about £3 each – zorbing (inflatable balls on water), a bouncy slide and last man standing – jumping over an arm which spins around.

There is a noticeable lack of teenagers on the site and I wonder if my eldest will want to go along again. The festival goers mainly range from mid-30s to late-40s, nearly all of them with small children in tow. At 12, my younger son was definitely among the oldest kids there. The music is either acts from the 70s, 80s and 90s or local and up-and-coming artists, which don’t appeal to older kids. Plus, the kids’ activities don’t appeal to them either. Luckily, they seem content to roam around the site and just enjoy the freedom of being somewhere very different to real life!

My husband and I enjoyed watching Stereo MCs, who he had watched at the student’s union in approximately 1992. He had their album at the time, so knew most of the tracks played, while I only knew their most famous two. They were entertaining to watch though.

The headlining act was 10cc, which my parents enjoyed. I knew more of their tracks than I thought I would, but I can’t say it was my cup of tea. They were certainly accomplished musicians though. 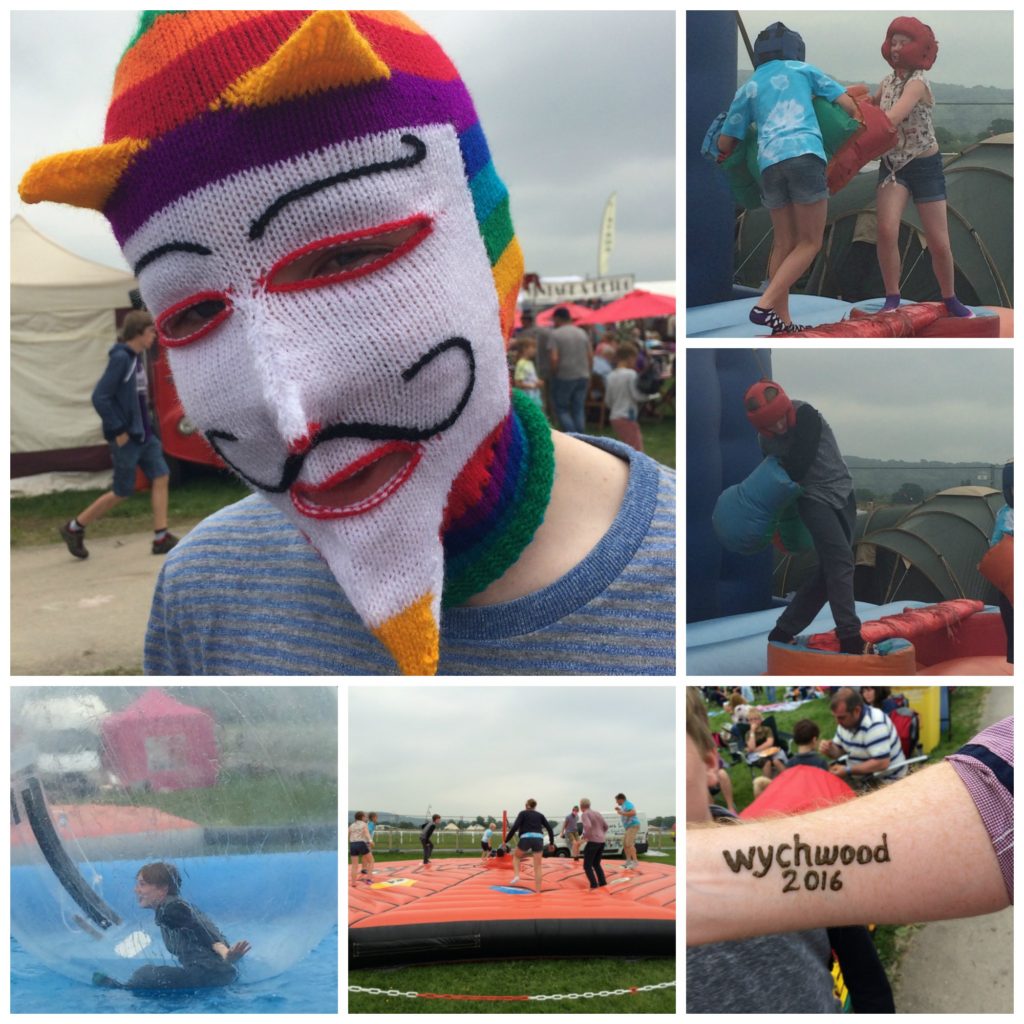 My daughter’s best friend and her family were at Wychwood for the weekend and were heading for the silent (headphone) disco at 11pm. We briefly toyed with the idea of joining them, but then saw sense and decided to head for home. We will definitely give it a try one year, as it sounds like a lot of fun.

We had another fantastic day at Wychwood and we will definitely be back next year.

We still only go on just the Saturday. Maybe one year we might brave going for all three days. There’s no way I would camp, but my husband and kids are big camping fans and would happily camp and really get into the mood.

We paid for our own tickets to Wychwood Festival. I am writing this post because it is a genuinely great day out and a brilliant festival for the family.