A good day for sport

When my son had a Saturday morning rugby match which, very inconveniently involved him being dropped off at 9am, I thought I might have to miss Parkrun. I’ve missed a few lately due to rugby matches and my daughter’s ballet exam. I’ve set myself a target of earning my 50 Parkrun Tshirt by autumn and things aren’t looking great for that at the moment.

But then we came up with the genius plan of just dropping my son off early. And my husband told me he was going to beat me at Parkrun.

I’ve never considered myself competitive, but I’ll admit I have become competitive with my running in recent years. And I know I’m a better runner than my husband and I don’t want him to beat me, although on paper as a man and several inches taller, he really should.

On his previous Parkrun he’d come within seven seconds of my PB of 24:18. My PB that I’d held since October. I run consistently at under 25 minutes, but I thought I’d never beat that PB. I did know that my pride wouldn’t let my husband beat it, though!

We took off pretty quickly, with my husband just in front of me. He stayed just in front of me for the first lap and a bit, I didn’t seem to be able to catch him. Then I caught him halfway round the second lap and, before I knew it, I was running faster than him. I wasn’t sure HOW fast, but I did know it felt pretty fast. I ran alongside the 24 minute pacer for a while, but then I left him behind too.

A much younger woman had been in front of me for most of the run. On the last lap, I caught her and overtook her. Then she overtook me. She was one of two women just in front of me. I considered them the difference between a top 10 (female) finish and outside the top 10. The time might have been nothing, but those two places were valuable. So I pipped them both to the post.

I hadn’t started my app quite on time when I started running, but it looked like I’d come in well below 24 minutes. And I didn’t feel any more exhausted than usual.

I’d run it in 23 minutes 34 seconds, smashing that PB I couldn’t smash by 44 seconds. I was 79th out of 379 runners and the eighth female across the line. I always win my age category when I run without my daughter, but someone had beaten me to it this time. Oh well! I was more than happy with my PB.

And my husband? A minute behind me. Very close to his own PB, but still a way to go to catch his wife!

After that, it was straight to school to watch as much of the rugby match as we could. I’d been impressed last time I’d seen them play, but this time they were so much better. They were already 3-0 up when we got there.

My son is a very unselfish player, who supports others and will always pass the ball. His teacher has been telling him to ‘back himself’ – basically have the confidence to go for the try line himself if he thinks he can make it there. He’s a very fast runner and there’s no reason why he shouldn’t make it there.

That day he backed himself. I saw him score the team’s fourth and sixth tries – both involving long runs from him. They were only the second and third tries he’s scored since playing for the school team, so it was a real privilege to see.

When he played for his club team, he was afraid to tackle and afraid of being tackled. That has completely changed now. He’s very good at tackling and completely unafraid.

The team played brilliantly together and, although the opposition were far from a walkover, they won 9-3.

It was a very good day for sport! 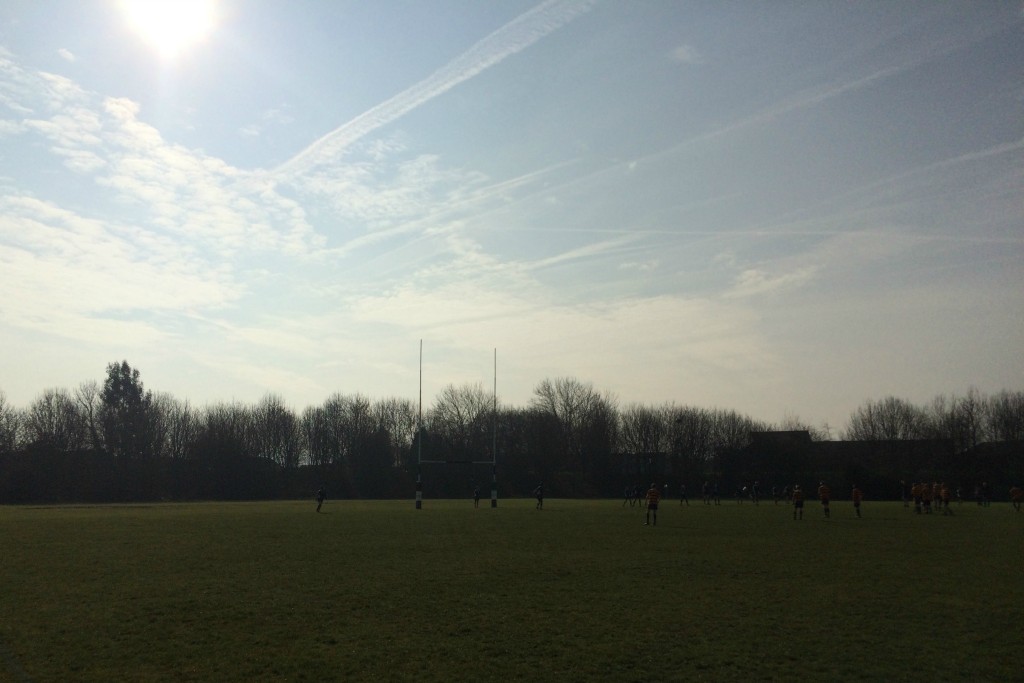