The blurb on the front is enough to make you want to carry on reading: Imagine if the next thriller you opened was all about you. This is exactly what happens to Catherine, a middle-aged, successful, married woman. The book reveals her darkest secret and Catherine’s life starts to unravel. Who else has read the book? Will anyone realise it’s about her?

Not far away, a widower continues to mourn his wife and sets about sorting through her things.

Disclaimer alternates between the two characters. What is it that connects these two middle-aged people with grown up sons?

It’s not long before the story becomes really scary. Catherine knows the truth, but does the reader? As the different strands of the story are revealed, it’s hard to know what is true and what isn’t. With an ending I never could have seen coming, this is a book that keeps you guessing right until the end.

If you enjoy a psychological thriller, Disclaimer is definitely worth a read.

Better than The Girl on the Train? 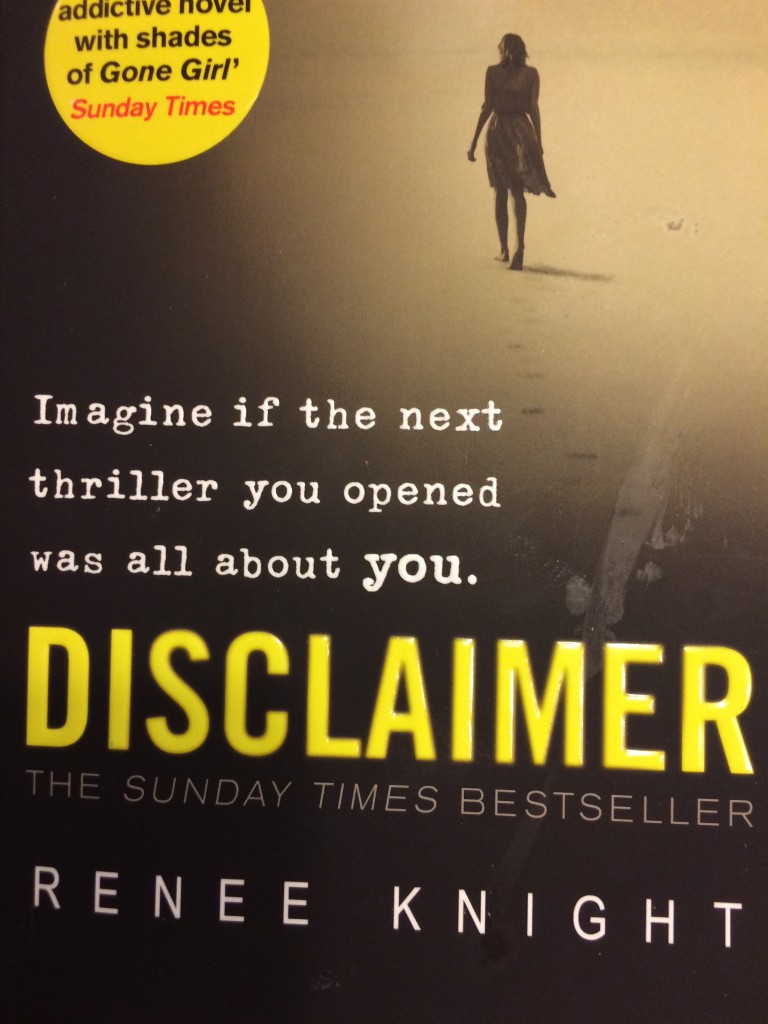